In the human world of Azeroth, the pivotal role of the valiant Commander Anduin Lothar is assumed by Australian actor Travis Fimmel, well known for his portrayal of Ragnar in the blockbuster series “Vikings.” 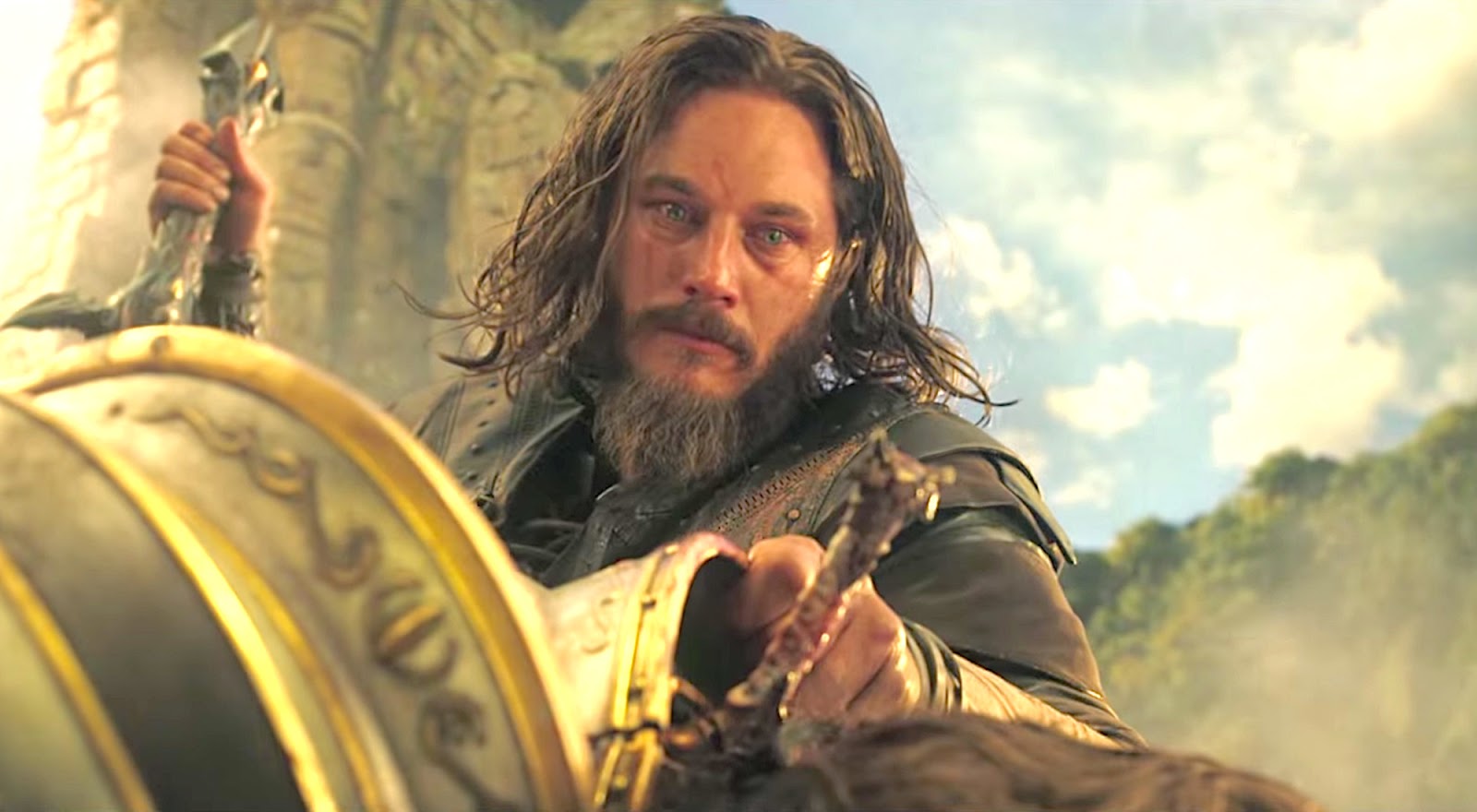 Lothar, a formidable soldier, has always put the interests of the realm and his king before all else. Raves producer Thomas Tull of Fimmel’s performance: “I was blown away by Travis in `Vikings.’ When he walks into a room, he commands attention. He has whatever that special essence is, and if he picks up a sword or a battle axe, you want that guy on your side.”

Thrilled to be cast in this epic adventure, Fimmel reveals that it was crucial to him that Lothar be a flawed hero. He explains: “He has a deep sense of duty and need to be a good soldier but, in doing that he neglects his family, and carries a great deal of regret regarding his relationship with his son.”
British actor Dominic Cooper brought his considerable acting prowess to the role of Azeroth’s King Llane. Llane is a benevolent ruler who relies on his childhood companions to help him keep the peace in his kingdom. However, the arrival of the invading orc army becomes a true test of that friendship and of his leadership. 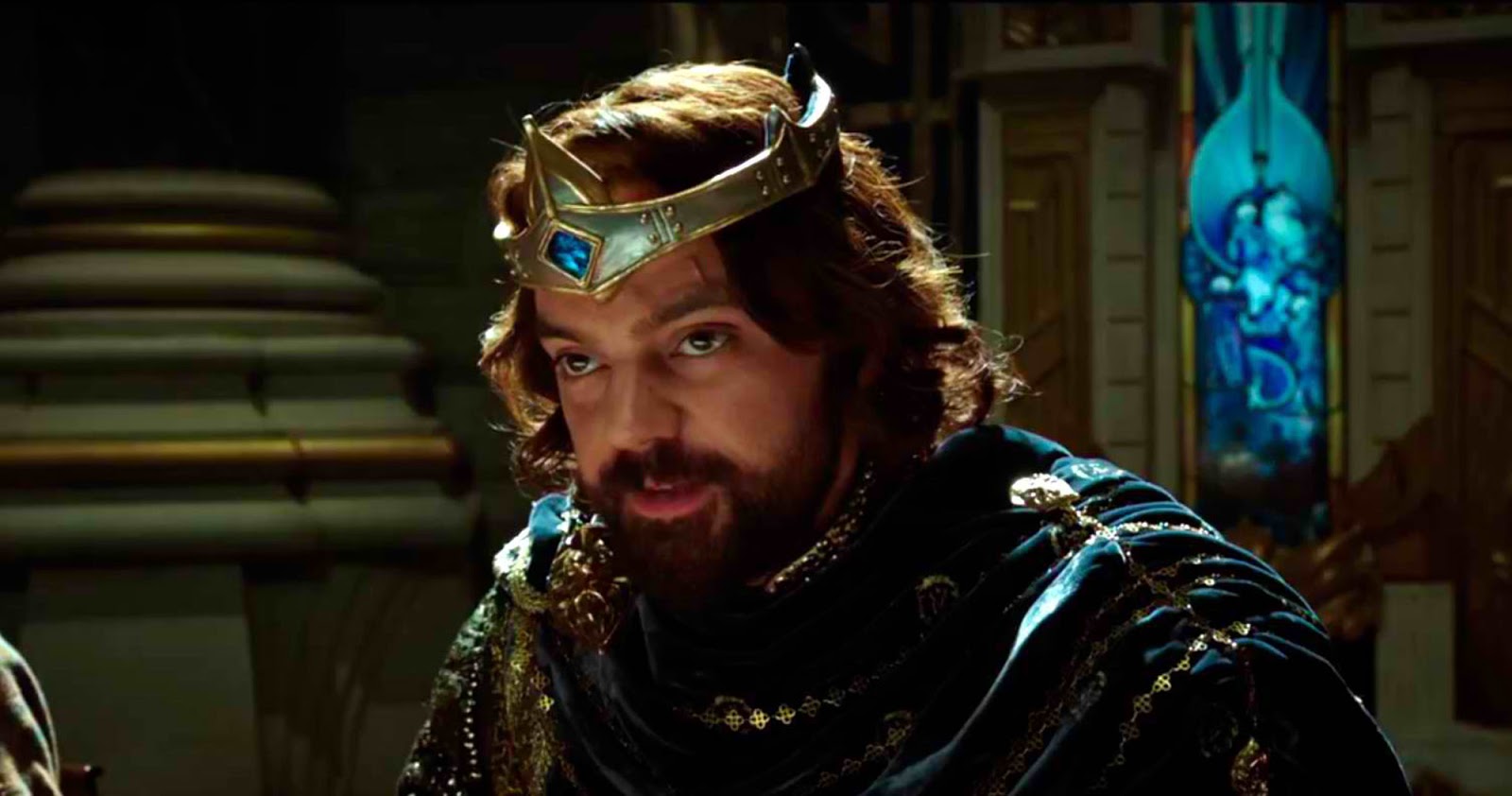 Cooper walks us through why he chose the part: “I loved that the script wasn’t simply good versus evil. Essentially, it’s about displaced people looking for a new land. It asks, ‘Who does this land belong to? Who is in the right?’ But the more you learn, the more you question yourself. Is there a fairer way to achieve happiness for all? It’s a game of chess and, for Llane, it’s about constantly maneuvering yourself into a position that supports your kingdom in the best way possible.”

Azeroth’s power hierarchy is further complicated by the enigmatic character of Medivh, played by multifaceted actor Ben Foster. The last great wizard from an ancient line of magical protectors known as the Guardians, he is bestowed with great powers in order to defend the realm. At one time, he was celebrated and revered among the citizens of Azeroth, but now seeks anonymity as he dwells in solitude at the tower of Karazhan.

Foster was drawn to play this role for a number of reasons, but principally for the opportunity to work with director Duncan Jones. “I had seen `Moon,’ and clearly Duncan is a very inventive filmmaker,” shares Foster. “Reading this script that is set in a world of fantasy, I recognized that it is difficult to pull off a new mythology. It’s also difficult to pull off a sense of compassion for both sides in a war. Duncan’s great magic trick with this particular material is humanizing both sides and, even though they are creatures on the opposing side, it’s a very humanistic approach. I appreciated that.”

In “Warcraft: The Beginning,” the peaceful realm of Azeroth stands on the brink of war as its civilization faces a fearsome race of invaders: Orc warriors fleeing their dying home to colonize another. As a portal opens to connect the two worlds, one army faces destruction and the other faces extinction. From opposing sides, two heroes are set on a collision course that will decide the fate of their family, their people and their home.

“Warcraft: The Beginning” is distributed in the Philippines by United International Pictures through Columbia Pictures.

Find Out What’s In “The Vault” This September