Known to worldwide audiences for her break-out starring role of Mikaela in the first two “Transformers” blockbusters, Megan Fox has successfully jumpstarted another beloved film franchise, the “Teenage Mutant Ninja Turtles.” Now, she reprises her lead character of April O’Neil in Paramount Pictures’ “Teenage Mutant Ninja Turtles: Out of the Shadows” (in Philippine cinemas on June 01).

In the film, it’s been almost a year since our heroes saved the city, and in keeping with their ninja training (and their unconventional appearance), they’ve maintained a low profile. Meanwhile, April O’Neil (Fox) has gone undercover, investigating Baxter Stockman (Tyler Perry), a brilliant and respected scientist who may have ties to Shredder (Brian Tee).

“I think April always wanted to be the anchor behind the desk,” muses producer Andrew Form. “But I don’t know if she can give up the excitement of being on the street, breaking stories, and working with the Turtles. She loves her job, but she loves her relationship with the Turtles more. She’s basically become the fifth Turtle,” he says. “The first movie focused on April’s ambition,” Fox says, “but in this film, her relationships with the Turtles and their survival as a family is her priority.”

“Megan has developed an incredible connection with the guys who play the Turtles,” director Dave Green observes. “Even when the cameras weren’t rolling, they were always goofing around, laughing, playing games. They really are like her brothers.” 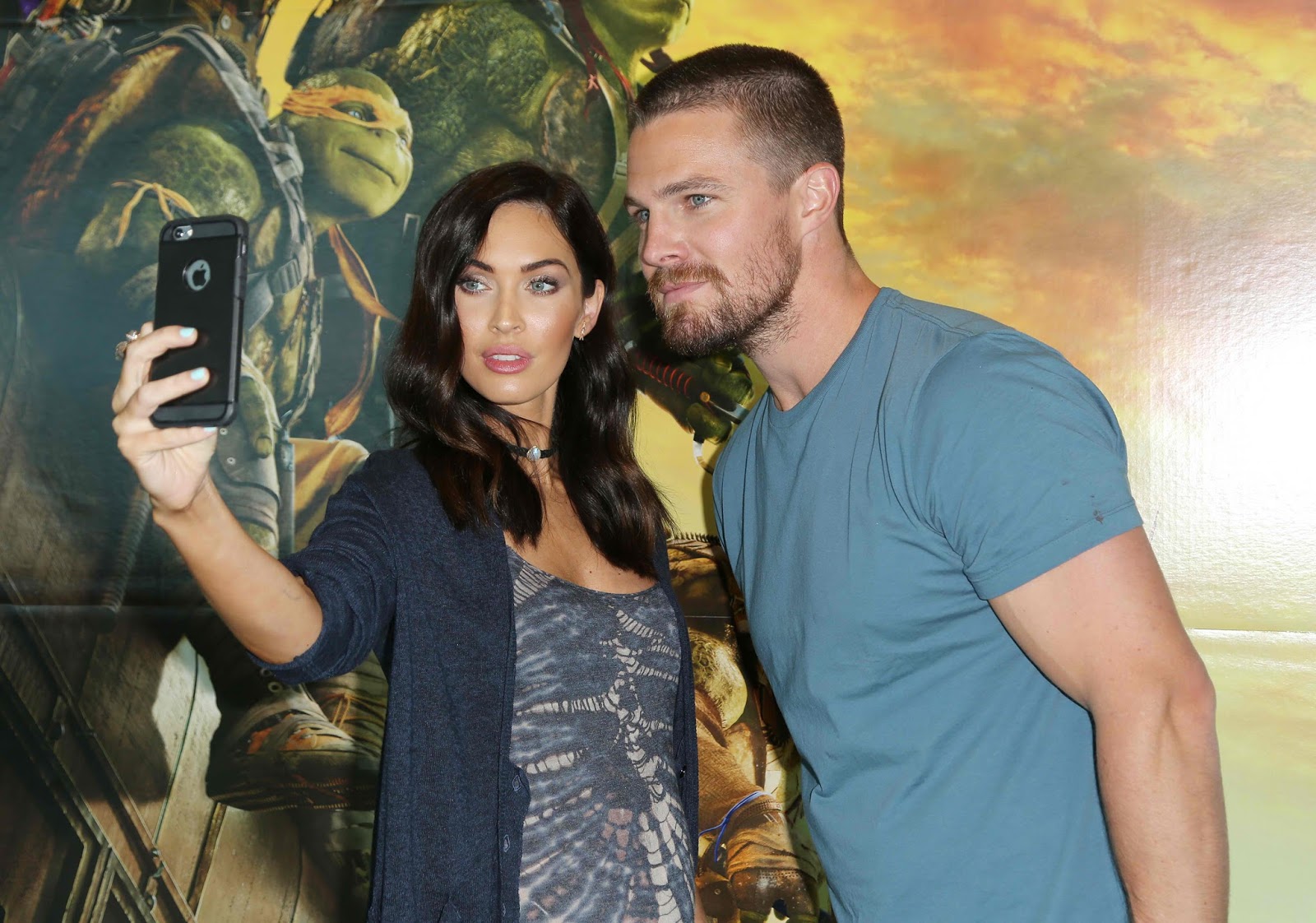 “Teenage Mutant Ninja Turtles: Out of the Shadows” is distributed in the Philippines by United International Pictures through Columbia Pictures.