ReZirb
Home Entertainment Marie Avgeropoulos Teams Up With Taylor Lautner In A Man’s World In... 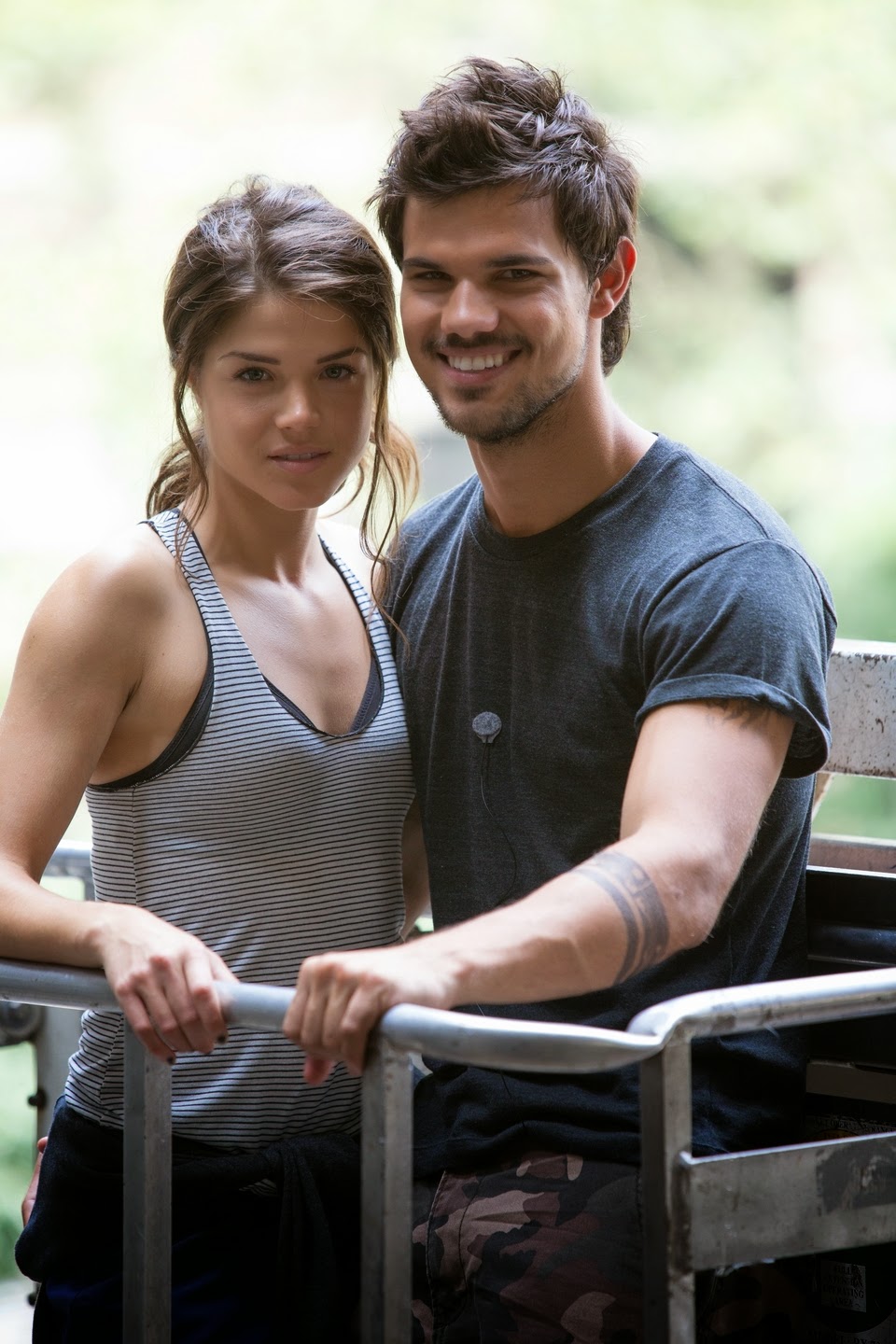 Meet Cam (Lautner) and Nikki (Avgeropoulis) both are broken and all are in need of being rescued. But in the fast-paced action thriller “Tracers,” who rescues whom; and who pulls whom from the darkest night and the deepest pit? Find out when “Tracers” opens February 4 in local cinemas nationwide.

“Tracers” is on its surface very simple. It’s about a guy – ‘Cam’ – who finds a girl – ‘Nikki’. The girl allows him to reclaim a part of his life and a spirit in his life. At the exact same moment that happens, outside forces are pressing in on him. And that’s where Tracers takes off.

Marie Avgeropoulos plays Nikki, the gal that lures Cam into her world and becomes his love interest in “Tracers.” “The appeal of Tracers was being part of a high impact thrilling action movie that’s just nonstop. I hadn’t had the pleasure of working on a project like that yet and playing a character like Nikki who is sort of a guarded tomboy who’s one of the guys – tough on the outside but very vulnerable on the inside to those who are lucky enough to meet that side of her.”

Avgeropoulos offers, “One of the fondest memories I’m going to leave this movie with is the prep and training with the guys; learning how to do parkour and literally just trying to keep up with them and their amazing skill-set. Taylor is a remarkably capable and accomplished natural athlete. Funny thing is, I broke my ankle midway through the shoot – a big obstacle I had to overcome mentally and physically. And it didn’t happen in the line of duty. I was doing my Jane Fonda butt-glossing workout and rolled on it. Go figure! Doing all of this hardcore stuff and then this. Gotta roll with the punches!” 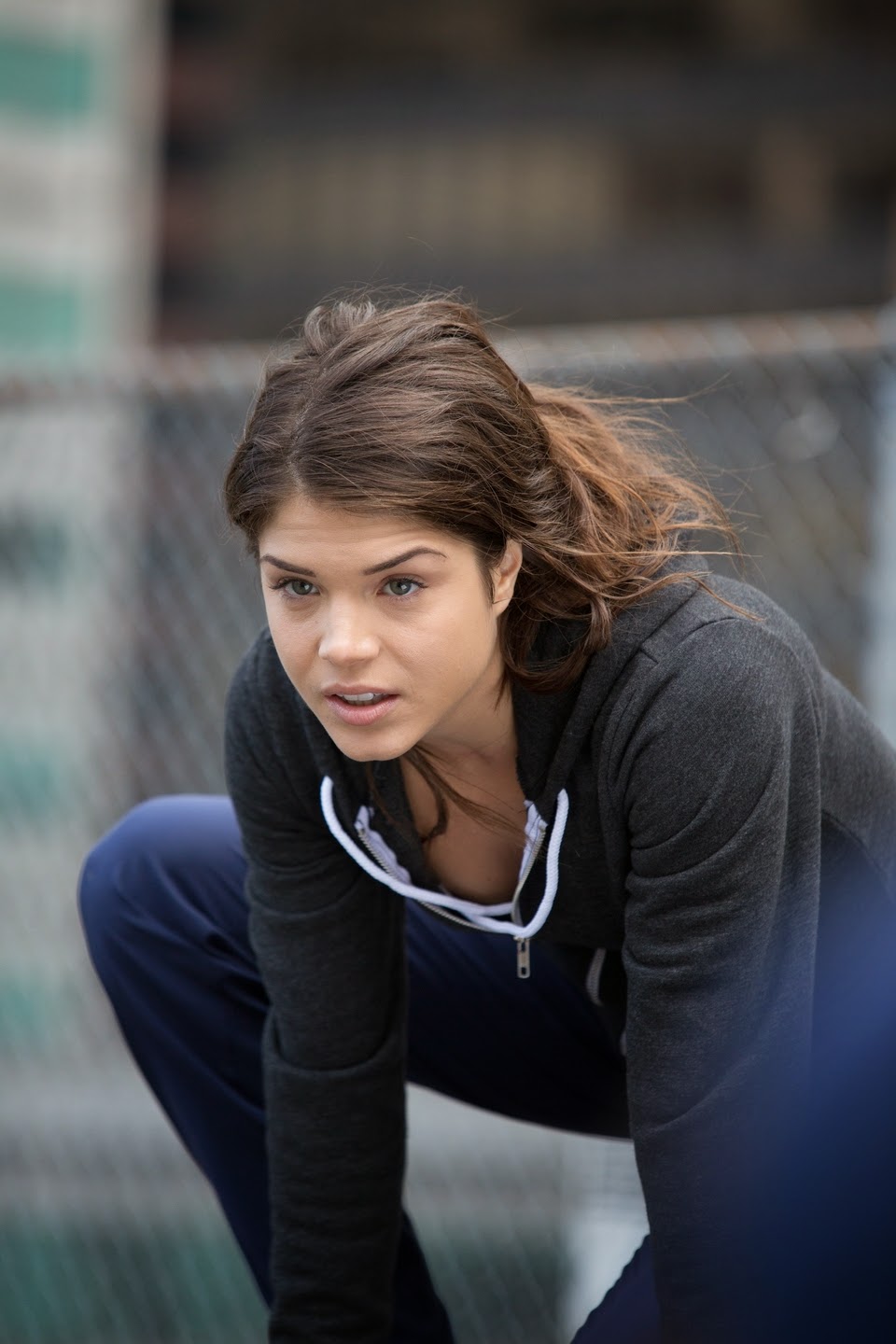 Angelopoulos loved working with her fellow cast-mates. “Working with Rafi Gavron and Adam Rayner has been great. I’m always blow away by their British accents that just magically disappear. I have a hard enough time getting rid of my Canadian accent. Not fair! These guys have great athletic skills and I admire the fact that they’re willing to try anything once. And Luciano Acuna, Jr. and Josh Yadon – they’re the real deal. Their parkour comes first and this is their first big gig as actors, which I’m applauding them for because this is a pretty big leap. I’m like, ‘WOW, good for you guys.’ They’re stud athletes and it’s really amazing to watch them go – I mean no wires, no nothing – balls to the wall, go get ‘em tigers. Really cool stuff. They’re great.”

Diehard action fans definitely won’t be disappointed with Tracers. “Stunt coordinators Gary Powell and Lee Morrison,” says Avgeropoulos, “absolutely deliver the adrenaline fix. They did the recent Bond films and even the Bourne films. So you’re going be seeing some amazing stunt and action sequence, and add to that the character-driven storylines and stellar performances by the cast. I believe this movie is really going to be something special and deliver on many levels.”

From Pioneer Films, “Tracers” is from producers Wyck Godfrey and Marty Bowen who also produced blockbusted young adult movies such as “Fault In Our Stars” and “The Twilight Saga.”