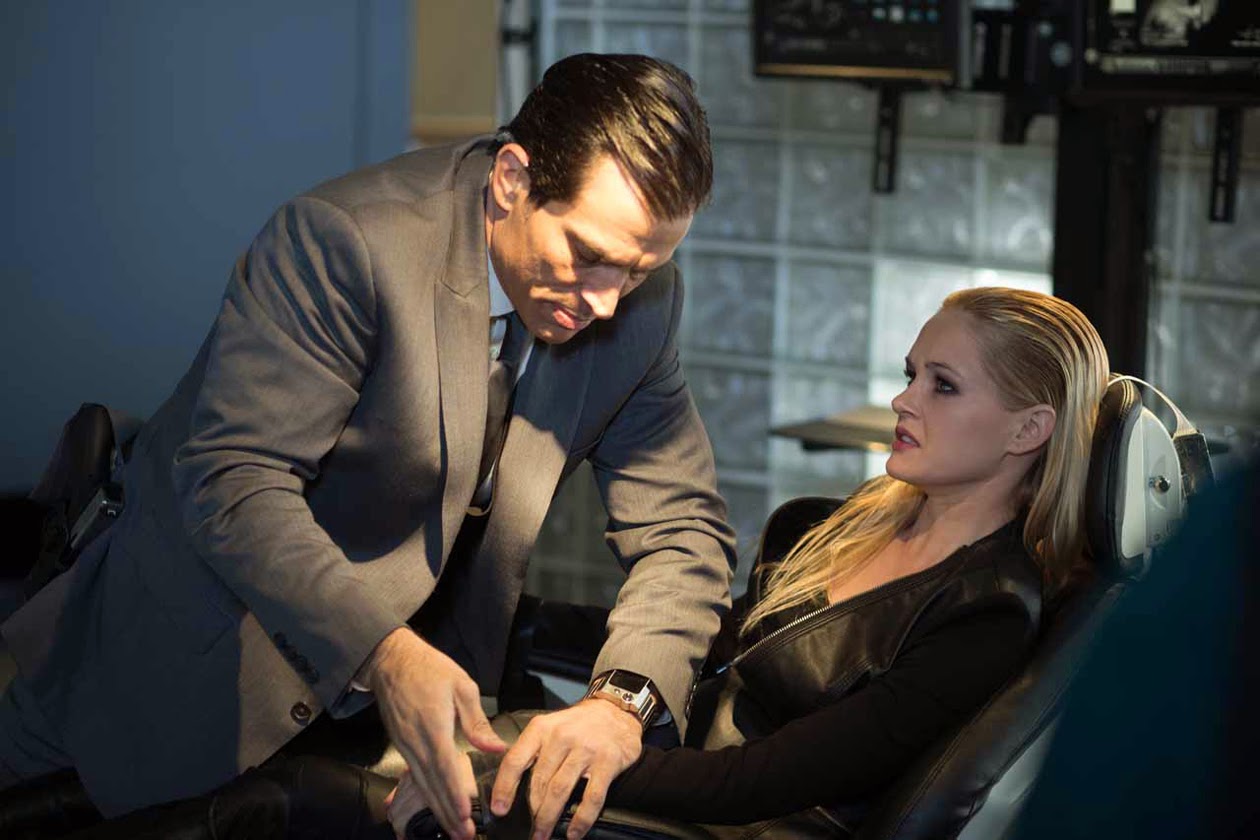 Getting away with anything in “Vice” will keep the audience on their toes and on the edge of their seats as Bruce Willis and Thomas Jane bring us to a dystopian future where wealthy clients can live out their wildest and sometimes most violent fantasies.

In “Vice,” an artificially engineered woman escapes a hedonistic resort created by Julian Michaels (Willis) seeks vengeance on those that imprisoned her. Kelly (Ambyr Childers), a resort ‘Resident,’ is having her memory re-installed after a rough night with a client but there is a glitch and flashbacks of where she came from help her make a daring escape. When Roy Tedeschi (Jane), a gruff, gum-shoe detective gets word that an Artificial is on the loose, it’s a race against time to track her down and stop the aberrant behaviors in Vice from becoming the natural order of things. 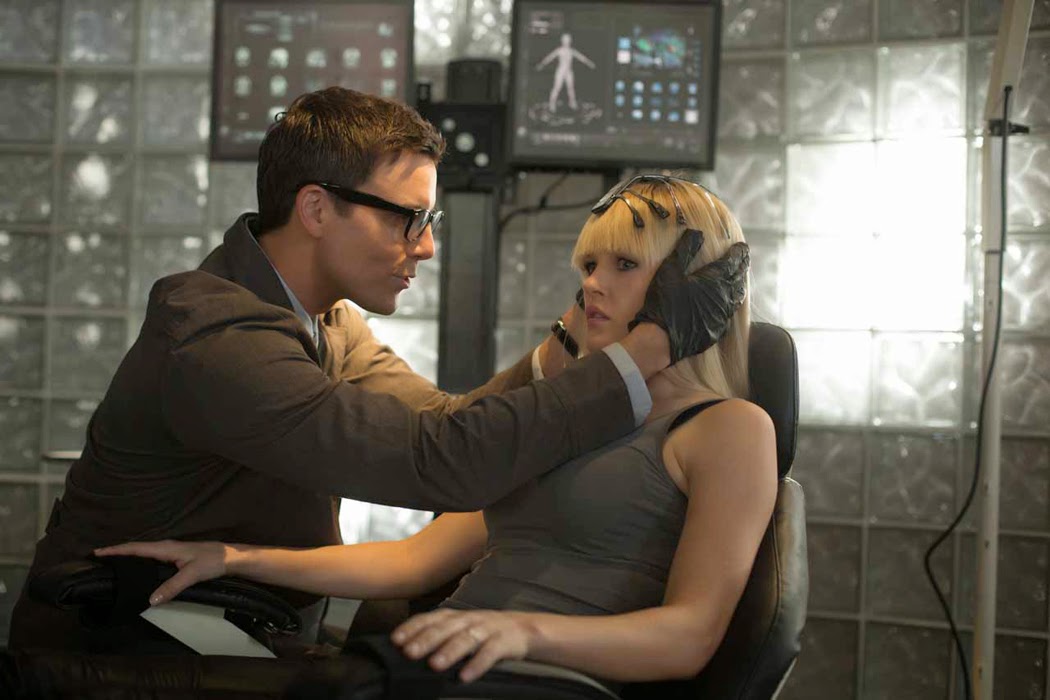 “Julian Michaels’ corporation has built Vice, a resort for the wealthy where they can do anything that you could possibly imagine, even murder, rape, or kill because the permanent Residents are artificial, cloned from human DNA and built on endoskeletons,” begins director Brian A. Miller. It took us a couple of days to truly discover the character together and then play off that,” explained Miller of his work with Childers. “So when Kelly starts growing you see the evolution of that character, she is learning bit-by-bit. It’s so interesting to have such a talented young actress that as you pull the string it takes you from one scene to the next. You’re growing with her, learning as she’s evolving all the way throughout the process. Ambyr just knocked it out of the park!”

“I play Kelly, an Artificial or an android living every day in a continuous loop,” explains Ambyr Childers. “Myself and all the other androids are reset every 24 hours. Every night when we go to bed, a bracelet activates so we cannot remember but the humans can so they easily recognize the androids. Kelly has a few glitches in her system and she breaks away and ends up wanting to take down Vice.” 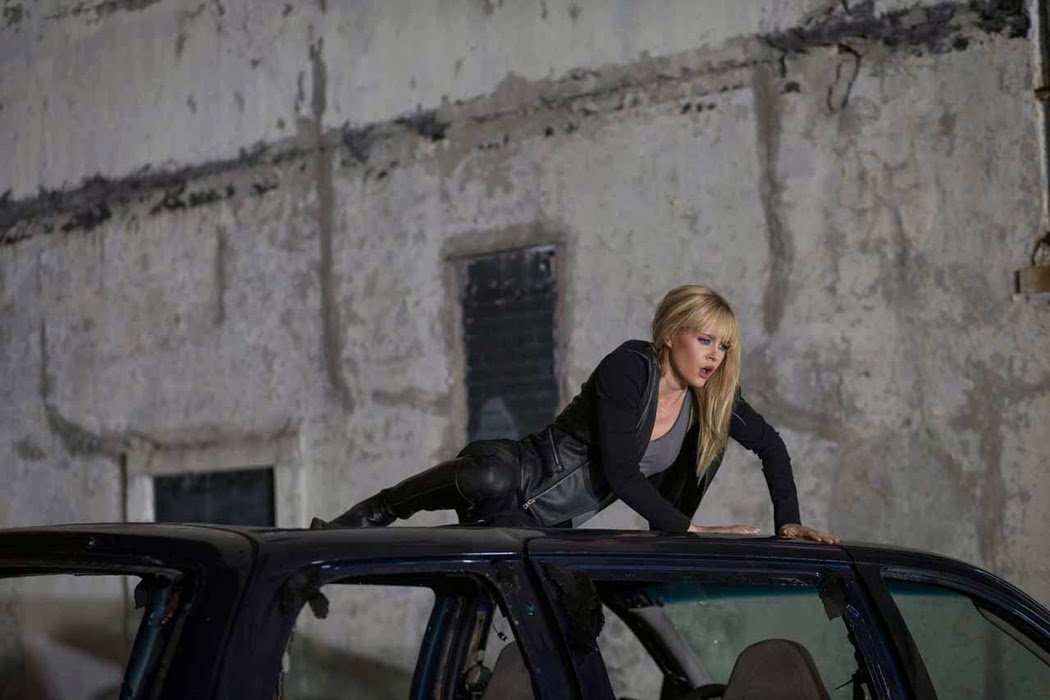 Evan (Bryan Greenberg) was a top bio-mechanical engineer at a robotics firm bought out a decade ago by Julian. “I helped engineer the Artificials and my intentions were good, but Julian exploited the Artificials for the wrong reasons,” explains Bryan Greenberg whose character Evan feels guilty for what Kelly has become. “It’s a very complicated relationship between Evan and Kelly because he created her in the image of his dying wife. He’s very conflicted because when he looks at her he sees his wife but he knows it’s not her. She can be so much more than just a Vice pleasure-bot and he wants to help her.”

“Ambyr is solid and really carries this film,” continues Greenberg, of his screen partner’s moving performance. “I remember the first scene we did and she just had tears coming down her eyes and I thought, ‘Wow you got it! This is going to be good!’ I loved working with her and I think the audience is going to love watching her.”

Chris Pratt, the Wild Card in “The Magnificent Seven”