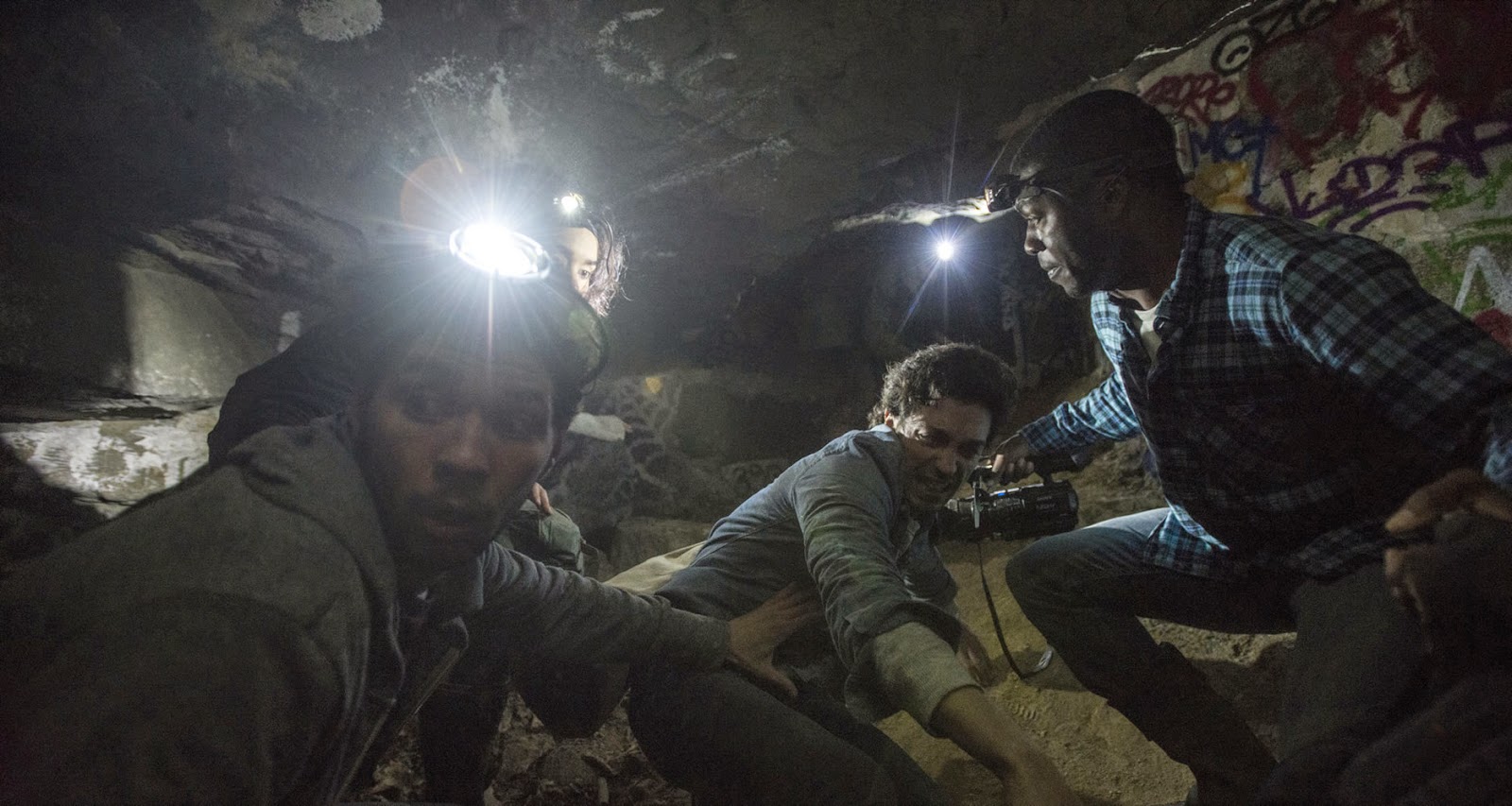 Producers Thomas Tull and Jon Jashni, who have built Legendary Pictures on the foundation of creating credible, mythic story universes, have established a track record of delivering intelligent, sophisticated filmmaking that elevates genre properties. Their first film of the Legendary distribution deal with Universal Pictures, the micro-budgeted “As Above/So Below,” marks a welcome entry into the canon.

Working with fellow producer Patrick Aiello (“The Double”), the filmmakers bring this terrifying thriller to life with brothers John Erick Dowdle and Drew Dowdle, who first gained notoriety with their disturbing 2007 found-footage film, “The Poughkeepsie Tapes.”

Experienced storytellers in this unique division of the horror genre, the Dowdles proceeded to scare audiences with 2008’s pulse-pounding “Quarantine” and 2010’s “Devil,” which blockbuster filmmaker M. Night Shyamalan hand selected them to direct and produce. They admit they’ve long been interested in eliciting horror through lensing in tight spaces, finding that audiences are receptive to these types of scares that blend our reality with an alternate one.

Director John Erick Dowdle walks us through his and his brother’s interests and process in creating deeply character-based films: “Crisis is what ties all our films together. There’s something about the intensity of a crisis that makes a film fun for us. We try to make all our films character-driven; people you genuinely love, so that when something happens to them, you empathize with them.”

The Dowdles have found that it’s more important to suggest scares that tap into our fight-or-flight mentality. When flight is not an option, and the doors are literally or metaphorically sealed, the characters in their films are forced to tackle fear head-on. As well, by taking us into a deeply unconscious place and creating nightmarish worlds, they have been able to tap into our darkest fears. 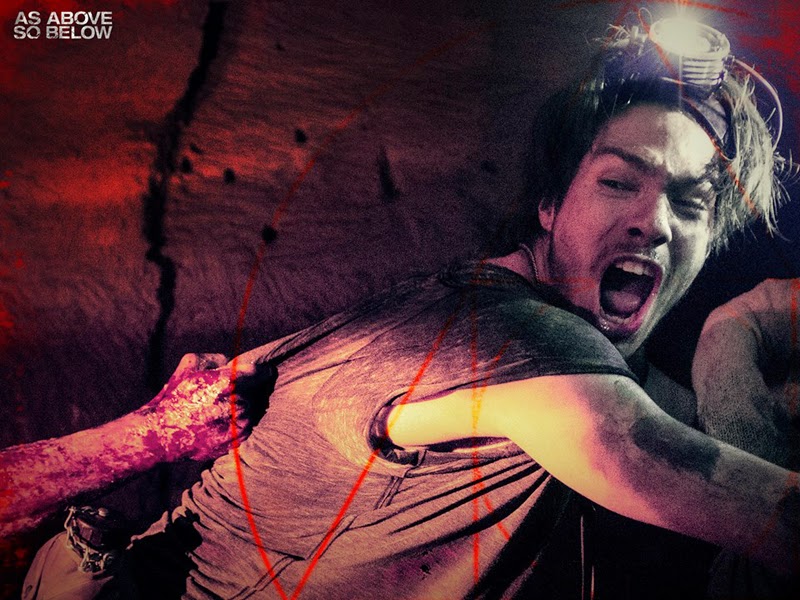 Partnering to write “As Above/So Below,” they drew upon real-world touch points, ones inspired by centuries of myth and legend. The director describes that he and his brother had long had an idea to take a character named Scarlett Marlowe, a modern-day Indiana Jones, and create a story that is based around her. When he received a call from Tull about setting a film in the Paris Catacombs, it all clicked for both the Dowdles and they began the screenplay.

As they researched the rich history of the Catacombs to inform this otherworldly adventure with Scarlett, they discovered that, according to legend, 14th century French alchemist Nicolas Flamel is believed to have discovered the Philosopher’s Stone, the key to eternal life. An enigmatic trail of clues places Flamel’s early grave in the heart of the Catacombs, where only the bravest may find the greatest discovery in the history of mankind.

A legendary artifact dating back to the dawn of history, the stone is said to turn metal into gold and grant immortality. This life-changing treasure is one that some would die trying to obtain. That was just the setting in which to set and explore the tale of their heroine, Scarlett, and her incredulous tale of personal sacrifice and familial redemption.

As they gave motivation for Scarlett’s quest, the brothers were also fascinated to explore the idea of Cataphile culture…and those fearless explorers of the Paris Catacombs. They learned that in recent years, urban exploration-infiltrating abandoned structures or ruins-has become a vibrant youth phenomenon around the world, one accelerated by social media.

For these thrill-seekers, the Parisian Catacombs are seen as the Holy Grail, pushing the bravest souls beyond their limits. Identifying themselves as Cataphiles, these masters of the underground illegally explore the endless tunnels. The scene has a well-established cultural identity that expresses itself through music, street art, clothing and illegal nightclubs.

Blending Scarlett’s epic quest to find Flamel’s treasure with the aid of a team of Cataphiles-whose members have myriad motivations of their own for taking the trip-the Dowdles knew they could bring the audience into a surreal world, one drawn from the pages of Dante’s “Inferno.” Indeed, the poet’s timeless work influenced the nightmarish images of the Catacombs: Each sin meets poetic justice that represents one’s own personal hell.

Metaphorically and figuratively, the Dowdles decided it was smartest to title their story “As Above/So Below.” The dark mantra at the heart of the film traces back to an ancient belief that the only way to combat the terrors that surround you is to confront the demons within.

A journey into madness and terror, Universal Pictures and Legendary Pictures’ new horror-thriller “As Above/So Below” reaches deep into the human psyche to reveal the personal demons that come back to haunt us all.

“As Above/So Below” will be shown exclusively at Ayala Malls Cinemas nationwide starting Oct. 22, 2014.