ReZirb
Home Uncategorized T.J. Miller, Voice of Emoji with Every Expression in “The Emoji Movie”

In Textopolis, every face emoji has one expression and one expression only. But Gene doesn’t have just one expression, he has EVERY expression! He has no filter for his emotions – if he feels it, he shows it, in Sony Pictures Animation’s new comedy The Emoji Movie.

Funny, charming, awkward, and optimistic, Gene wishes he wasn’t so different. Determined to fit in and make his parents proud, he sets off on a dangerous trek through the world of the phone to change himself into a single-expression emoji. But what Gene discovers on the journey is that embracing his self-expression is the more powerful option…

The role is played by T.J. Miller (Big Hero 6, Deadpool). “This character was created with T.J. Miller in mind,” says director Tony Leondis. “He’s so ebullient, so expressive, so full of life – he can’t be held back. He’s a time bomb of energy, excitement, laughter and emotions. He wears his heart on his sleeve – he’s one of the sweetest people I’ve ever met. He enjoys life and people – and that’s how I see Gene, a kind and expressive person.”

“Gene is a ‘meh’ emoji, which means he’s supposed to be disinterested and always have that ‘meh, who cares, I’m over it’ expression on his face all the time,” Miller explains. “But Gene doesn’t always feel meh, so he ends up with the wrong expression on his face pretty often, and this is quite scandalous in Textopolis.” 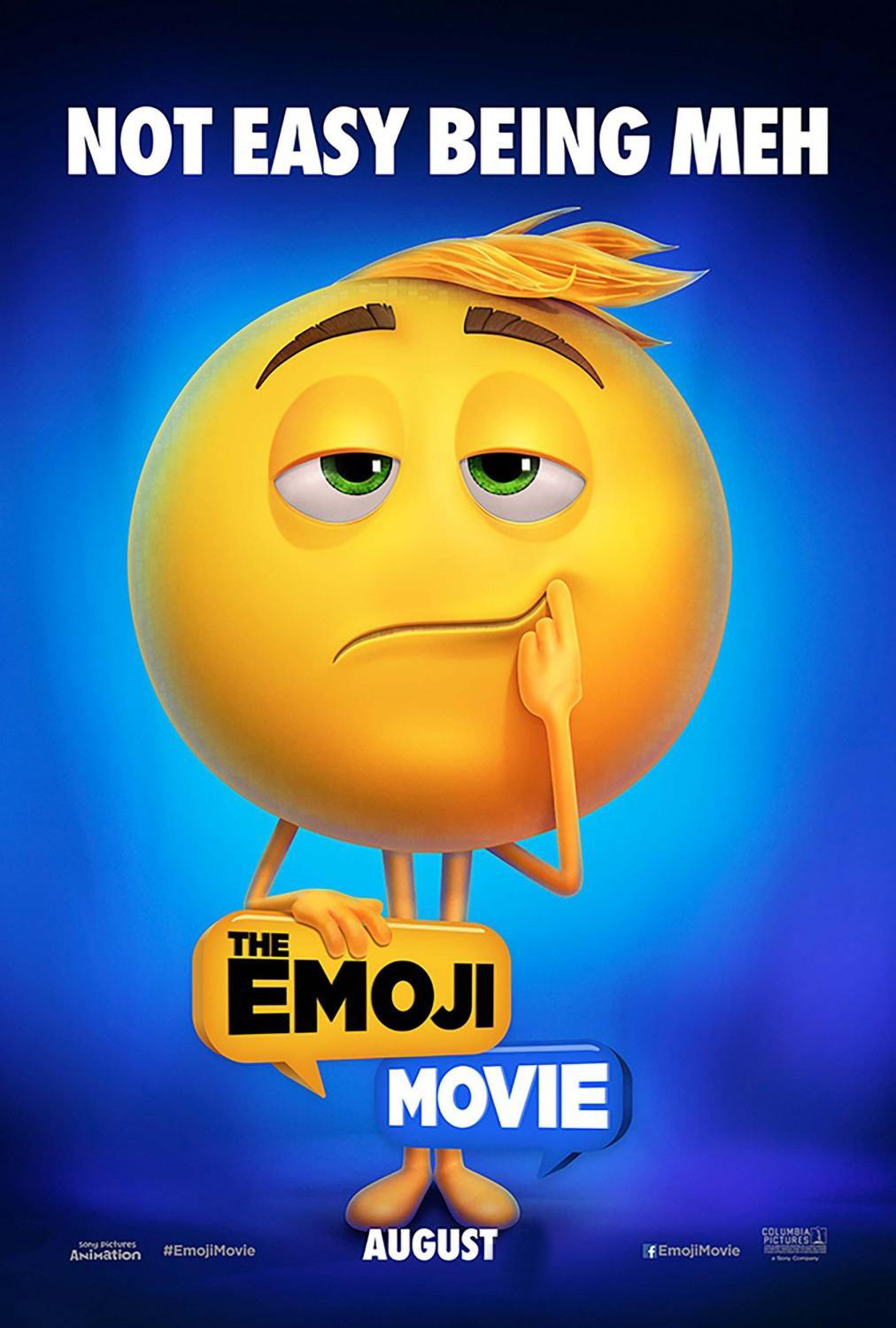 That scandal has made Gene an outsider – and worse, when a text is sent with Gene making the wrong expression, the powers that be set in motion a plan to delete him. Desperate, he joins with his friend Hi-5 – a once-popular emoji whose fame has waned – to find the notorious codebreaker Jailbreak. “Gene and Hi-5 make a deal with her,” says Miller. “She’ll help reprogram Gene and get Hi-5 into the favorite section, if they help her get past a firewall that will let her leave the phone.”

The stakes are huge for Gene, Hi-5 and Jailbreak. “On Gene’s first day of work, he chokes badly – he freaks out, he doesn’t know what to do, he sends the wrong facial expression out to the phone, and the phone’s owner, Alex, thinks that his phone is broken,” says Miller. “When they leave the Textopolis app and go into other apps, they activate those apps – Just Dance and Candy Crush start without him playing them. And that creates embarrassing situations for Alex, so he’s starts thinking he needs to get the phone wiped, and that would mean that Textopolis would be erased from existence.”

Opening across the Philippines on August 23, The Emoji Movie is distributed by Columbia Pictures, local office of Sony Pictures Releasing International.