In New Line Cinema’s Annabelle: Creation, the mysterious doll was created out of love—a father’s love for his daughter. As a result, the filmmakers centered the foundation of Annabelle’s sinister nature on the ultimate tragedy, the loss of a child, and just how far parents would go to assuage their grief.

Director David Sandberg explains, “The Mullins are a family who went through a horrible experience, and didn’t deal with it in a good way. Instead, they let evil into their lives, and now, to atone for certain things that have happened, they make another bad decision.” 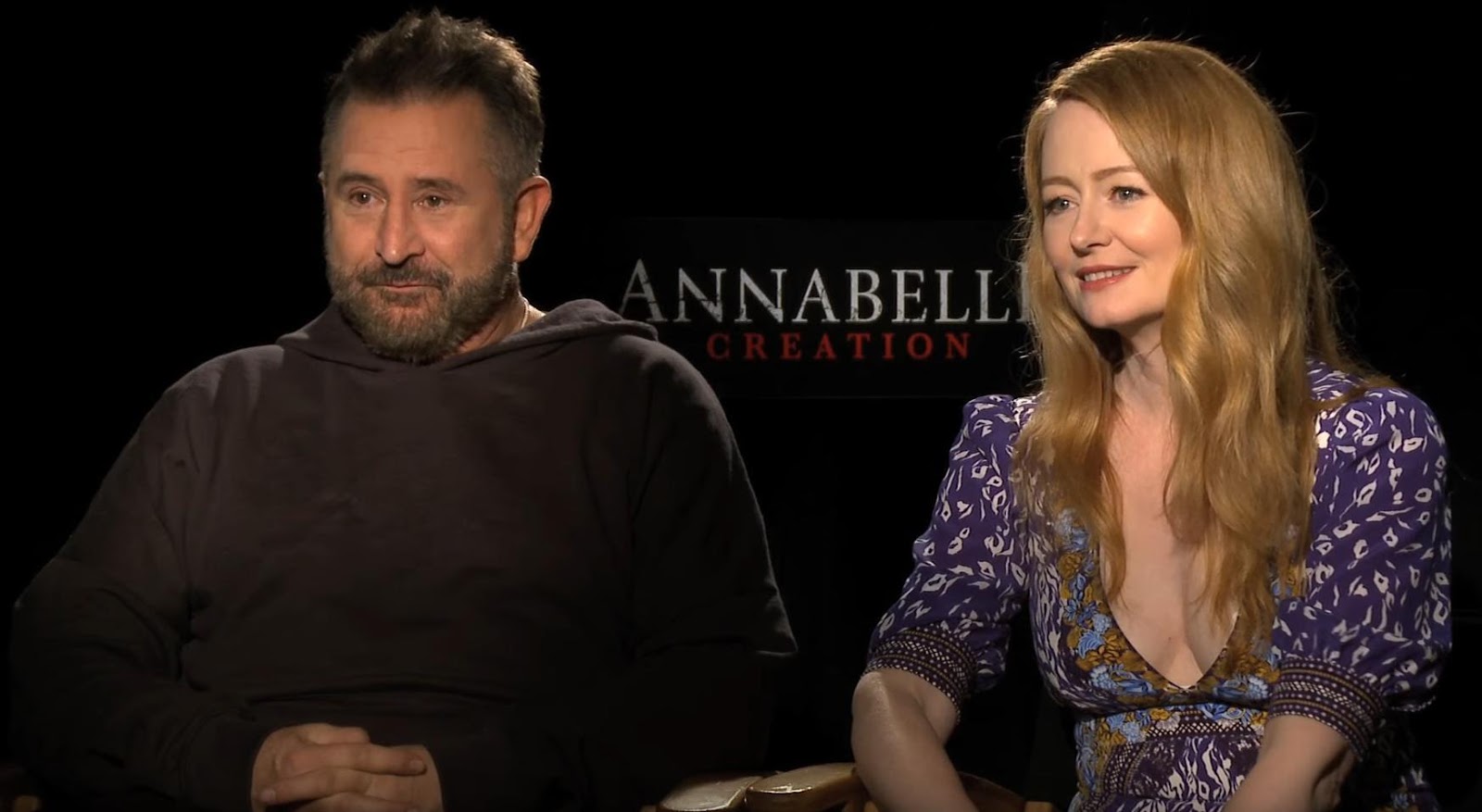 That choice is to relieve their loneliness of the past 12 years by inviting six young orphaned girls who’ve recently lost their only shelter and their guardian, a nun, to live with them. “It’s a bad idea,” Sandberg adds, “because, of course, Annabelle is there, too.”

The parents, Samuel and Esther Mullins, are played by veteran actors Anthony LaPaglia and Miranda Otto. “To have Miranda and Anthony play the Mullins was incredible,” Sandberg states. “They are such class acts and they are always just great in everything they do.”

Sandberg wasn’t the only one pleased to have LaPaglia on board. The actor’s 13-year-old daughter was ecstatic when her dad took the job. “She has seen me working her whole life,” he says. “She’ll ask me what I’m doing, I’ll tell her, and there’s not much response. But when I told her I was doing this film, she flipped out and was like, ‘I’m telling all my friends at school, this is the greatest moment ever; you don’t know how you’ve made my life!’ I didn’t quite realize the popularity of the Annabelle character or the franchise, but it certainly made my daughter very happy. In fact, this is my first movie in the genre, but I liked it a lot.”

Otto herself confesses to being intrigued by the role in part because of her own childhood interests. “I was really into dolls when I was growing up, and I used to collect the antique ones,” she says. She also readily acknowledges that “because they’re based on something lifelike, but have no life in them, there’s something about them that’s essentially disturbing.”

Her character, Esther, would likely disagree—at least at first. “At the beginning of the story, they’re in a very happy place, Samuel and Esther. He makes beautiful dolls for children, they live in this wonderful old house and they have a beautiful daughter, Bee. They’re a very happy family.”

“I call him a master doll maker,” LaPaglia says of his character. “He makes a living making these fairly stunning dolls. Personally, I think anything that sits in a corner, has its eyes open and stares at you all the time is a little unsettling. But Samuel is a craftsman who takes pride in his work and has a great relationship with his wife and child. He and Bee have a game they play, kind of like hide-and-seek, but they use notes to give each other clues.” 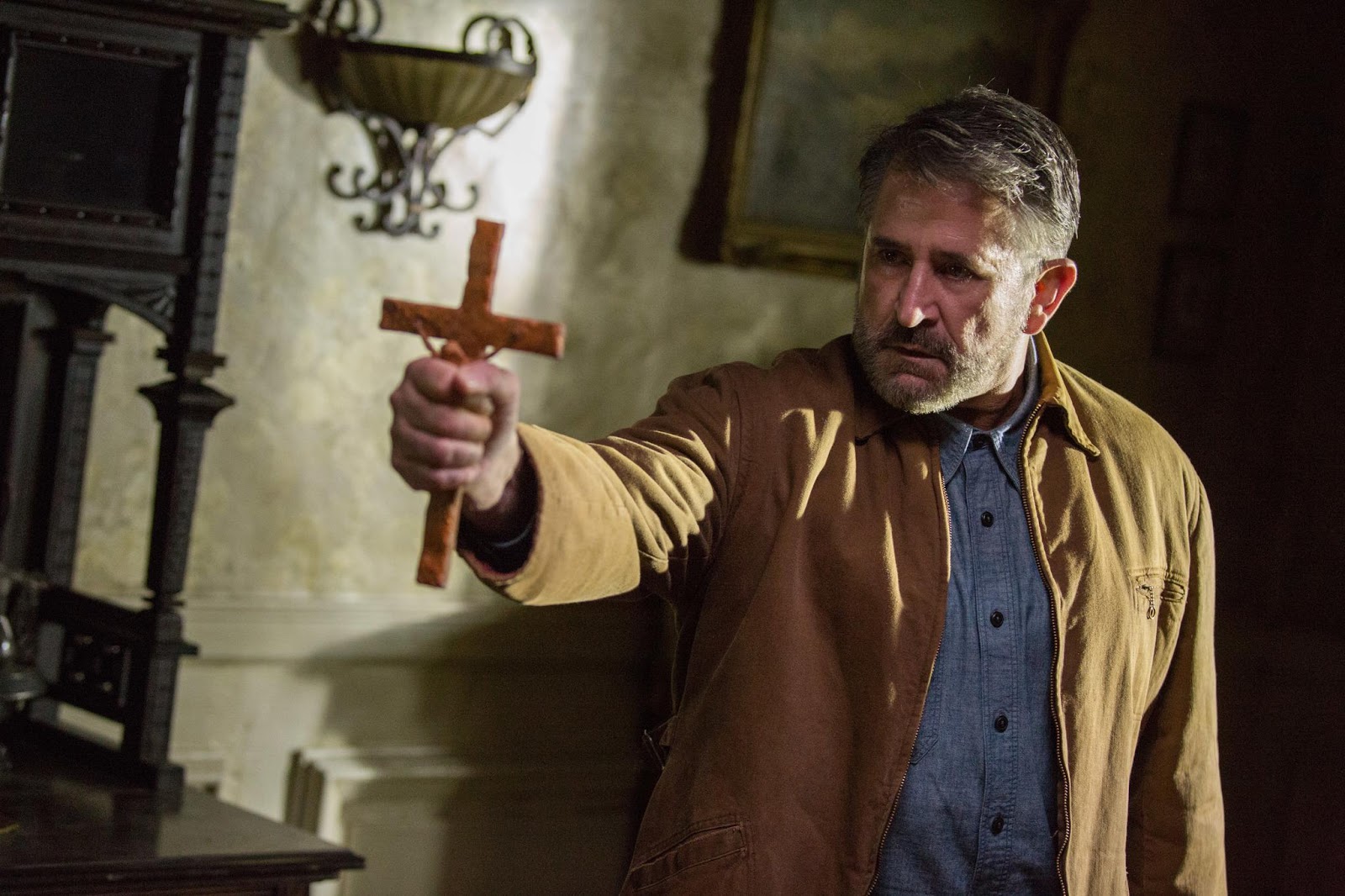 But the idyllic life the Mullins live doesn’t last; their beloved Bee is lost to them in a tragic accident. “Cut to 12 years later and you have a very dysfunctional Esther and Samuel Mullins,” LaPaglia observes. “You can tell something’s amiss.”

Opening across the Philippines on August 23, Annabelle: Creation is distributed by Warner Bros. Pictures, a Warner Bros. Entertainment Company.

BUM’s G.I. Jane Collection Is Back This November!