Ayala Malls Cinemas, in partnership with ABS-CBN Film Restorations group, goes back in time reflecting the best of Philippine cinema with the upcoming “Cinema Classics – Filipino Films in Retrospect” at U.P. Town Center from January 11 – 15. The first installment for this year, reviving the classics at U.P. Town Center, the restored Filipino classic films will also soon takeoff in other Ayala Malls Cinemas. 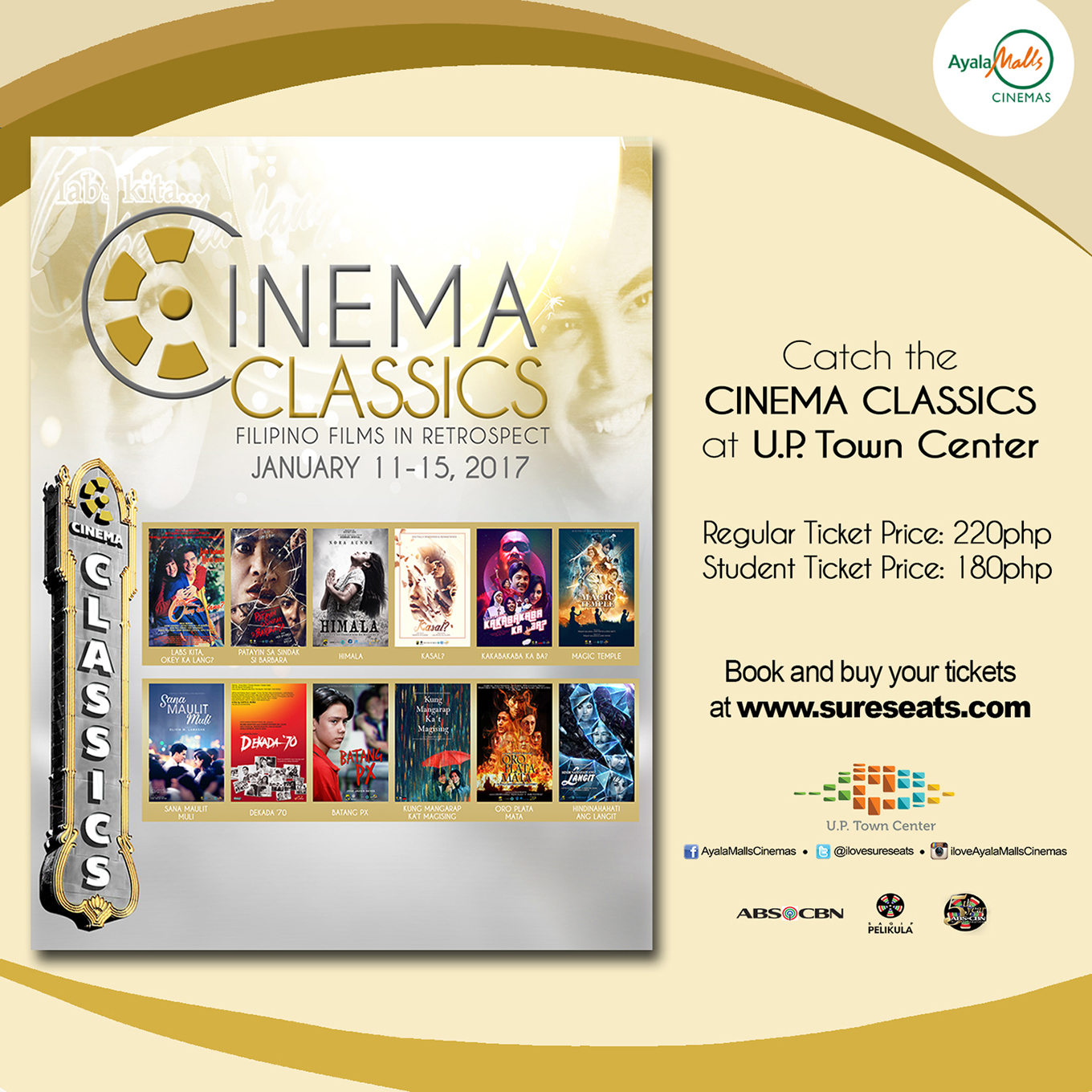 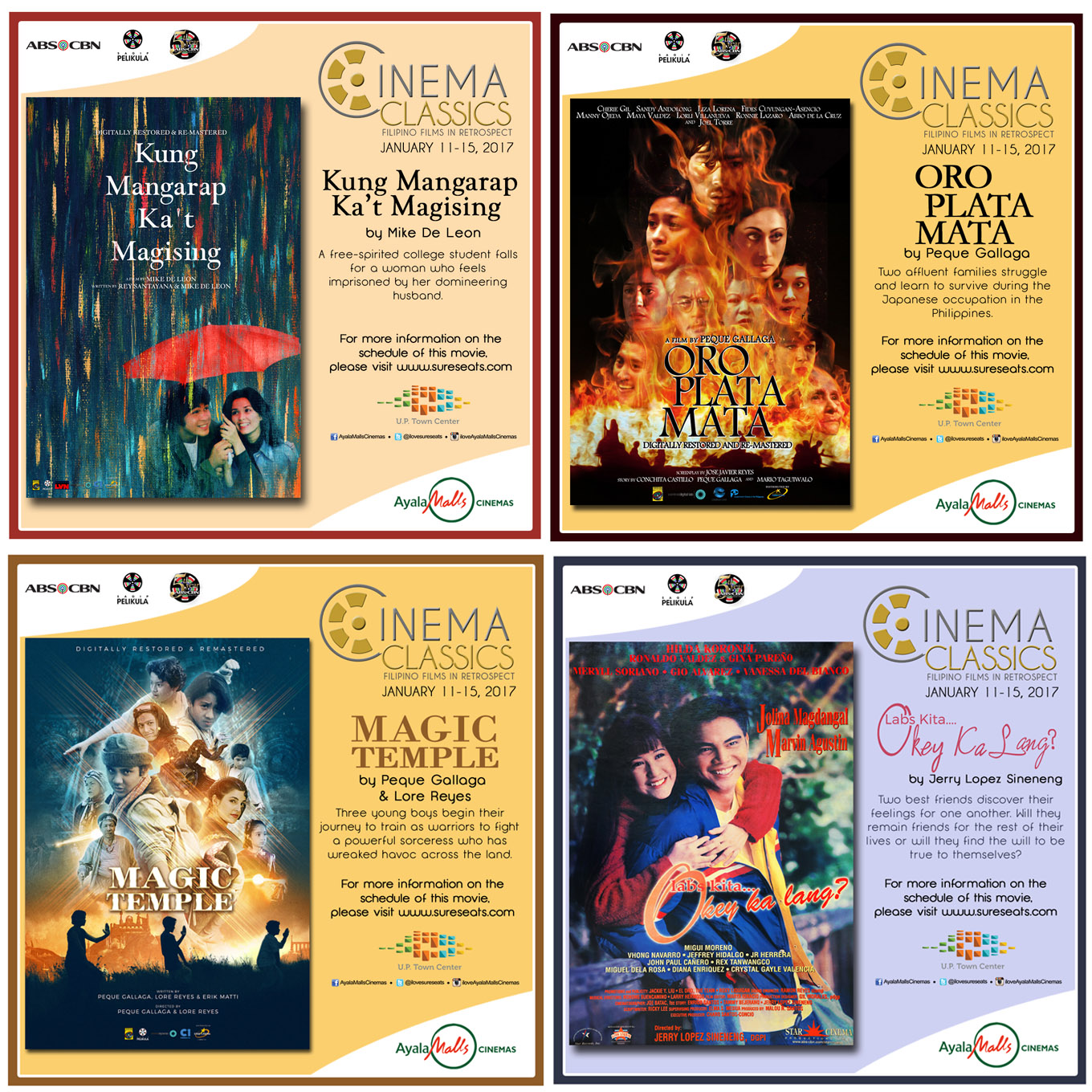 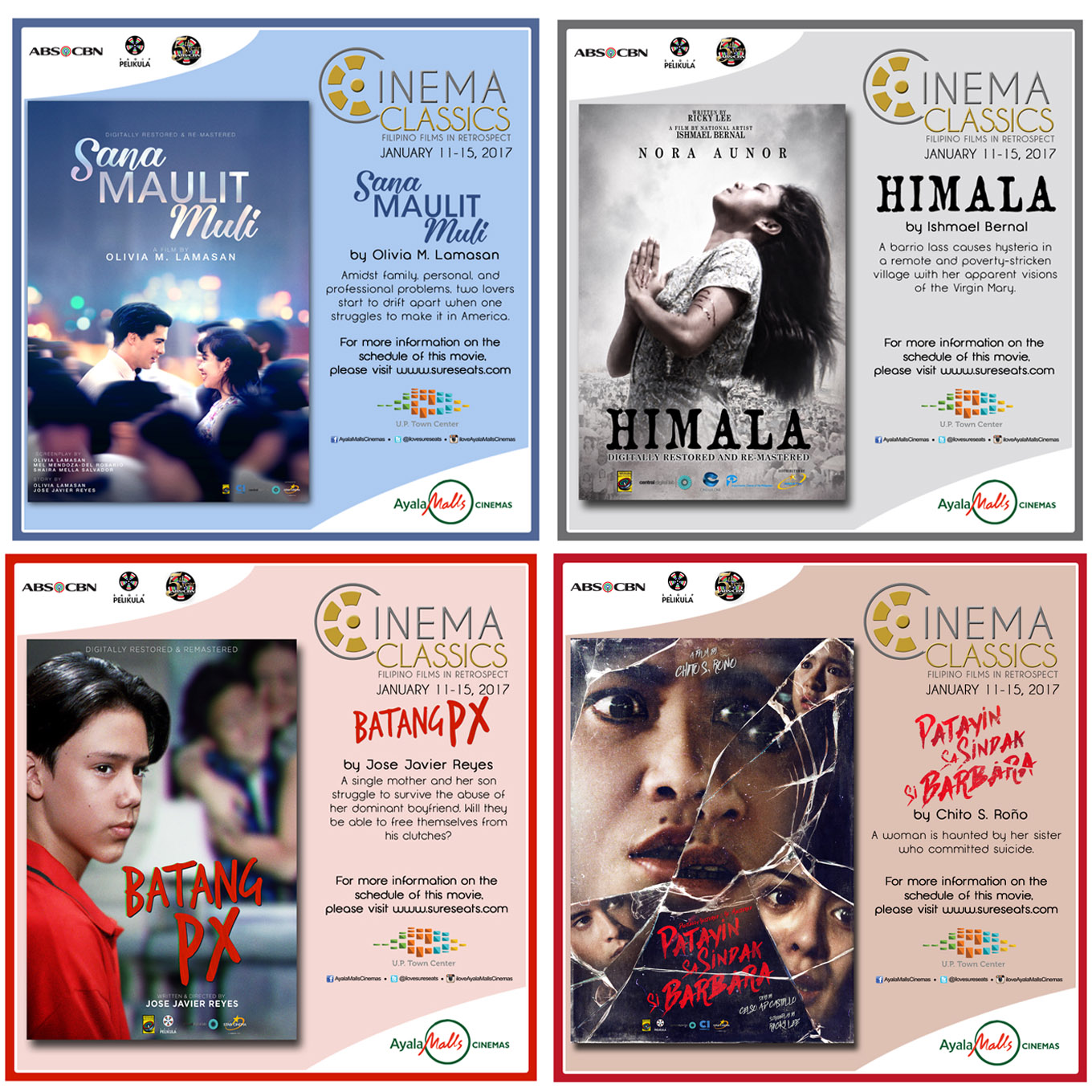 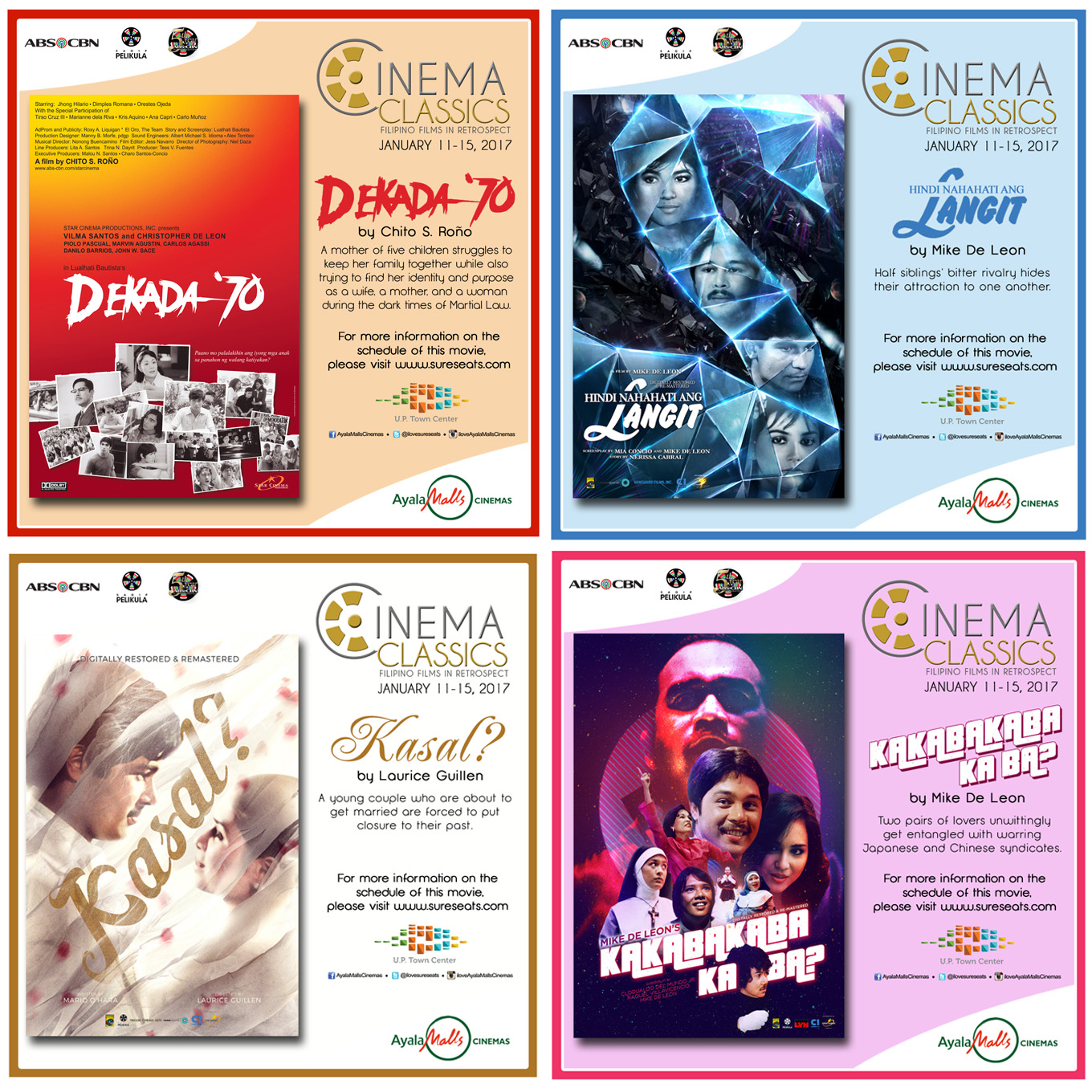 “Cinema Classics” opened last January 10 at U.P. Town Center featuring the Marvin Agustin – Jolina Magdangal movie “Labs Kita…Okey Ka Lang?” by Jerry Lopez Sineneng about a girl who falls in love with her best friend. The 1998 romantic comedy film follows the story of a girl named Bujoy (Magdangal) who is torn on expressing her love to Ned (Agustin) who seems to only have his mind and heart on his band. 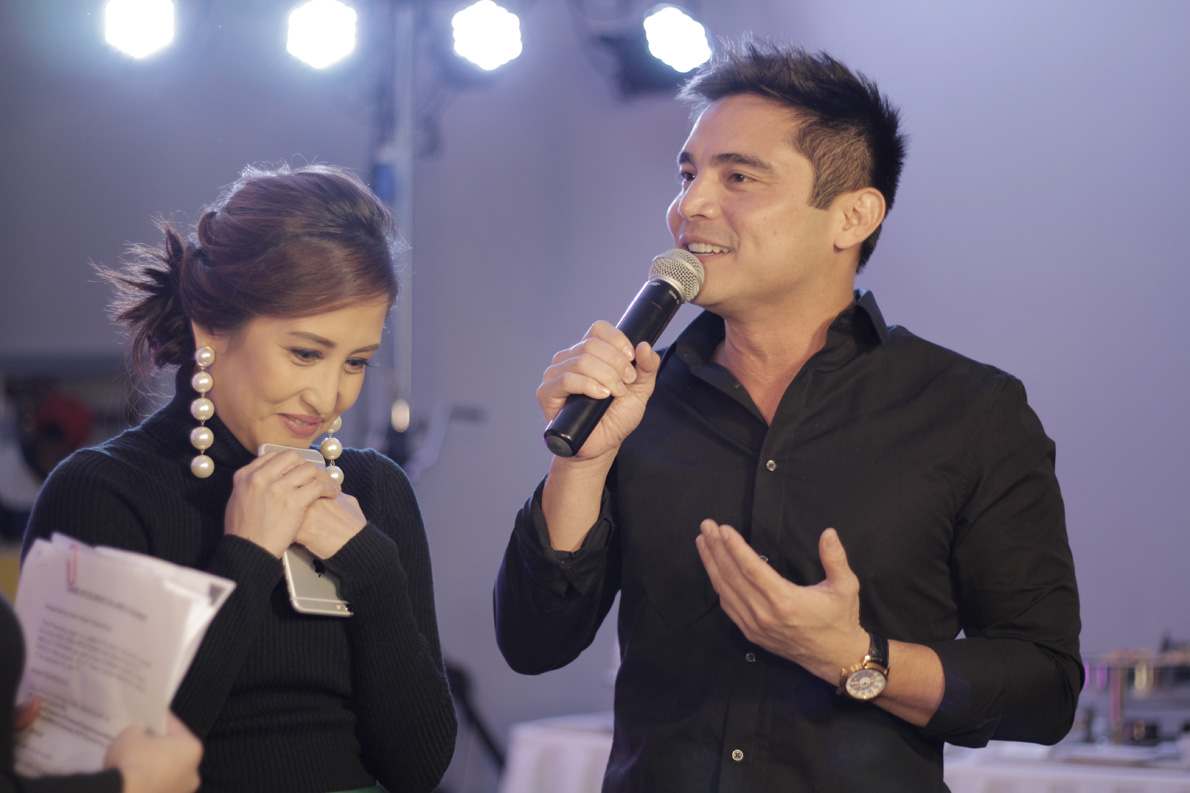 In recent interviews, ABS-CBN’s Leo Katigbak is grateful for Ayala Malls Cinemas’ support, “We are lucky that our Sagip Pelikula Film Preservation Advocacy has strong support from the Ayala management and it is very critical for us that our partners are just as passionate and committed to making this effort viable and sustainable. We have restored more than 120 titles already but unless people get to see them, we can’t really say we have succeeded in preserving our legacy. We are hopeful that the partnership with UPTC is the start of more tie-ups with Ayala Malls,” said Leo Katigbak, head of ABS-CBN Film Restoration Project.

It was a nostalgic starry night as director Jerry Lopez Sineneng with screenwriter Ricky Lee along with the movie’s lead stars Marvin and Jolina graced the opening night of “Cinema Classics” at U.P. Town Center. Also present at the event were Ayala executives and noted celebrities Mika Dela Cruz, Kyla, Jay-R, Rochelle Pangilinan, KZ Tandingan, Mark Escueta and Jayson Dy. “Mar-jo” were warmly welcomed by their fans with cheers and squeals reminiscent of their love team days. Some of the fans even came from nearby provinces to reminisce with their idols and see the movie once more now in its digitally remastered format. 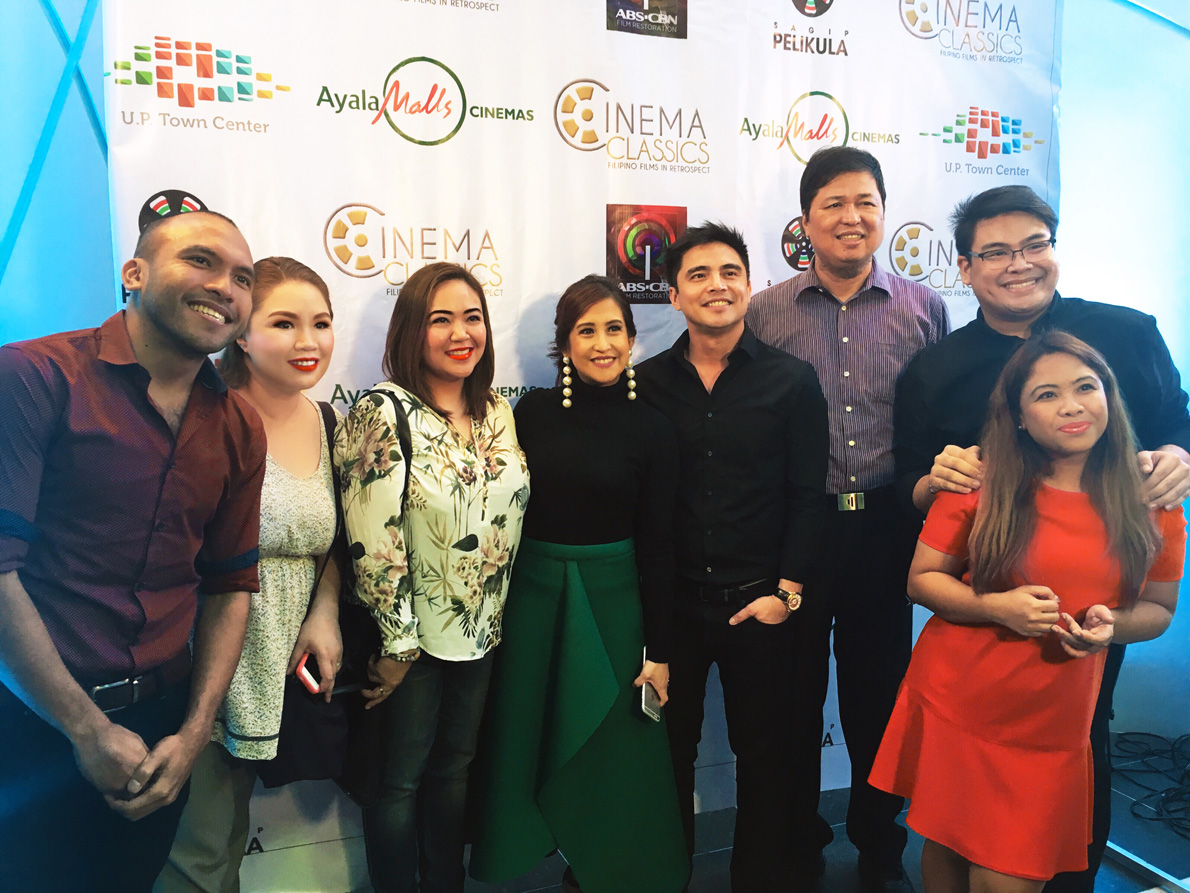 Setting out at the Ayala Malls, this program will be featured in various Ayala Malls Cinemas this year. U.P. Town Center begins to showcase the best from the past in Philippine cinema this week until January 15. Tickets cost P220, with a discounted rate of P180 for students. Check out Ayala Malls Cinemas’ www.sureseats.com and social pages – Ayala Malls Cinemas (Facebook), @ilovesureseats (Twitter) and @iloveAyalaMallsCinemas (Instagram) for the latest updates and schedules of the classics.