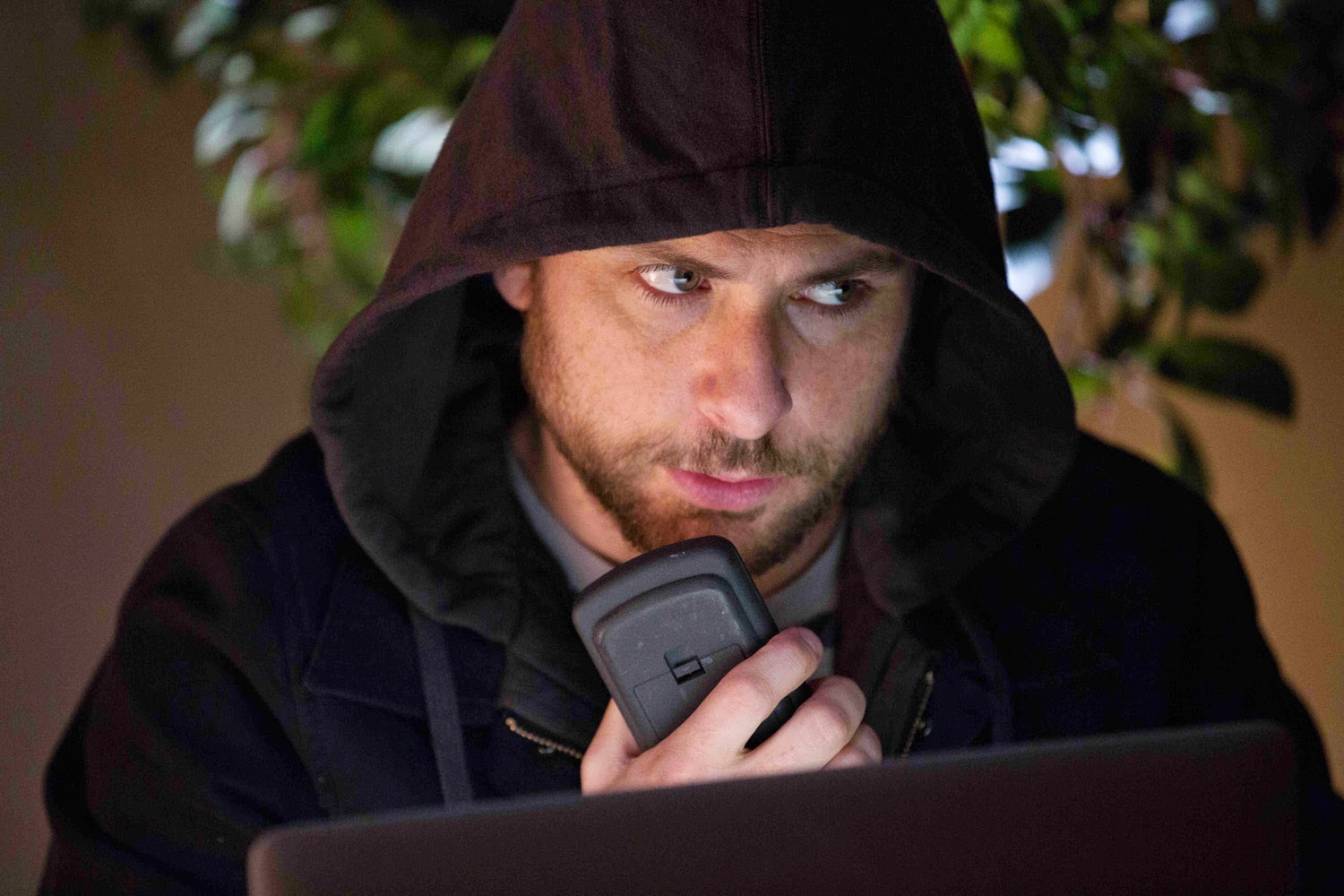 As much as they function best as a team, or what Jason Bateman calls “this three-headed monster, a sort of collective idiot,” New Line Cinema’s “Horrible Bosses 2” lets Nick, Dale and Kurt also shine as distinctly individual personalities.

Says producer Jay Stern, “That’s really the strength and the secret of this kind of ensemble. There are people watching around the world who might not identify with all of them but will see a bit of themselves in Dale, or maybe Nick, or Kurt, so audiences have multiple opportunities to get drawn into it.”

For example, the needle of Charlie Day’s character, Dale, only points in one direction or the other: total fear and denial, or total gung-ho commitment. Above all, Dale’s first impulse is to avoid anything that will get him in trouble with his wife, a tendency he displayed in the first round when she was just his fiancée and is now amplified because the stakes are so much higher on the home front.

“They have triplets,” offers Day. “Though it’s not in the script, I’m assuming they got pregnant on their first attempt and then, surprise, it’s triplets! Because that’s what would happen to Dale. In one way, his dreams have come true, he got married to the woman he loves. But he’s in a little over his head with that already, and then they took this huge risk to start their own company, so Dale’s stress level is off the charts.”

Also off the charts is the lengths to which he is prepared to go to make things right.

“Dale is all over the place, flipping out one moment and being ominously quiet the next,” says director Sean Anders. “He’s the most neurotic and easily frightened of the three, and so the least predictable, and Charlie gives him the most amazing, infectious energy; he’s pitch perfect. Dale will jump head-first into some crazy idea like it’s brilliant, and then, the next moment, be screaming about how stupid it is and how it’s going to ruin their lives.”

Jason Sudeikis’ Kurt, meanwhile, not one to worry like Nick, or panic like Dale, continues to sail along with full confidence that everything will work out and it’s all good, despite all evidence to the contrary, because he’s just that cool. If something goes wrong, they’ll just figure out a way around it, right? 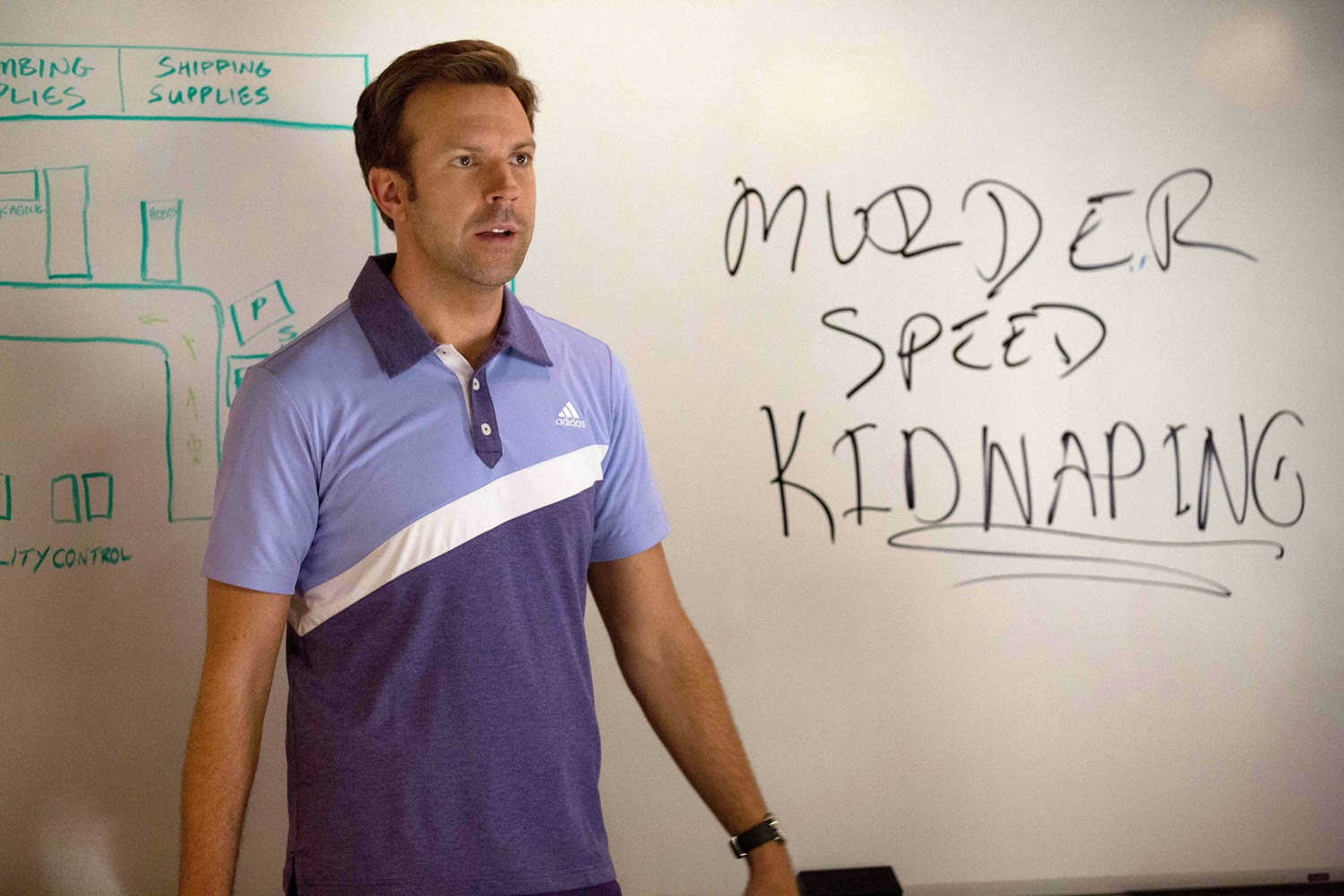 Sudeikis’ take on Kurt is “happy-go-lucky, almost like a puppy dog. He likes to have fun, and he’s willing to go for it. He’s a bit of an adrenalin junkie, too, so long as there are no heights involved; if he can stay in the same relative longitude and latitude, he’s willing to try just about anything. I think Kurt, like his cohorts, is a product of the ‘Yes we can’ generation, and feels that anything he sets his mind to, he can accomplish.”

That attitude, combined with their checkered past, is what Sudeikis believes leads Kurt and his friends into further trouble. “The criminal activity they engaged in the first time really didn’t change their world very much,” he notes. “They got away with it. And that made them think maybe they could do things they really shouldn’t be doing, like being their own bosses.” 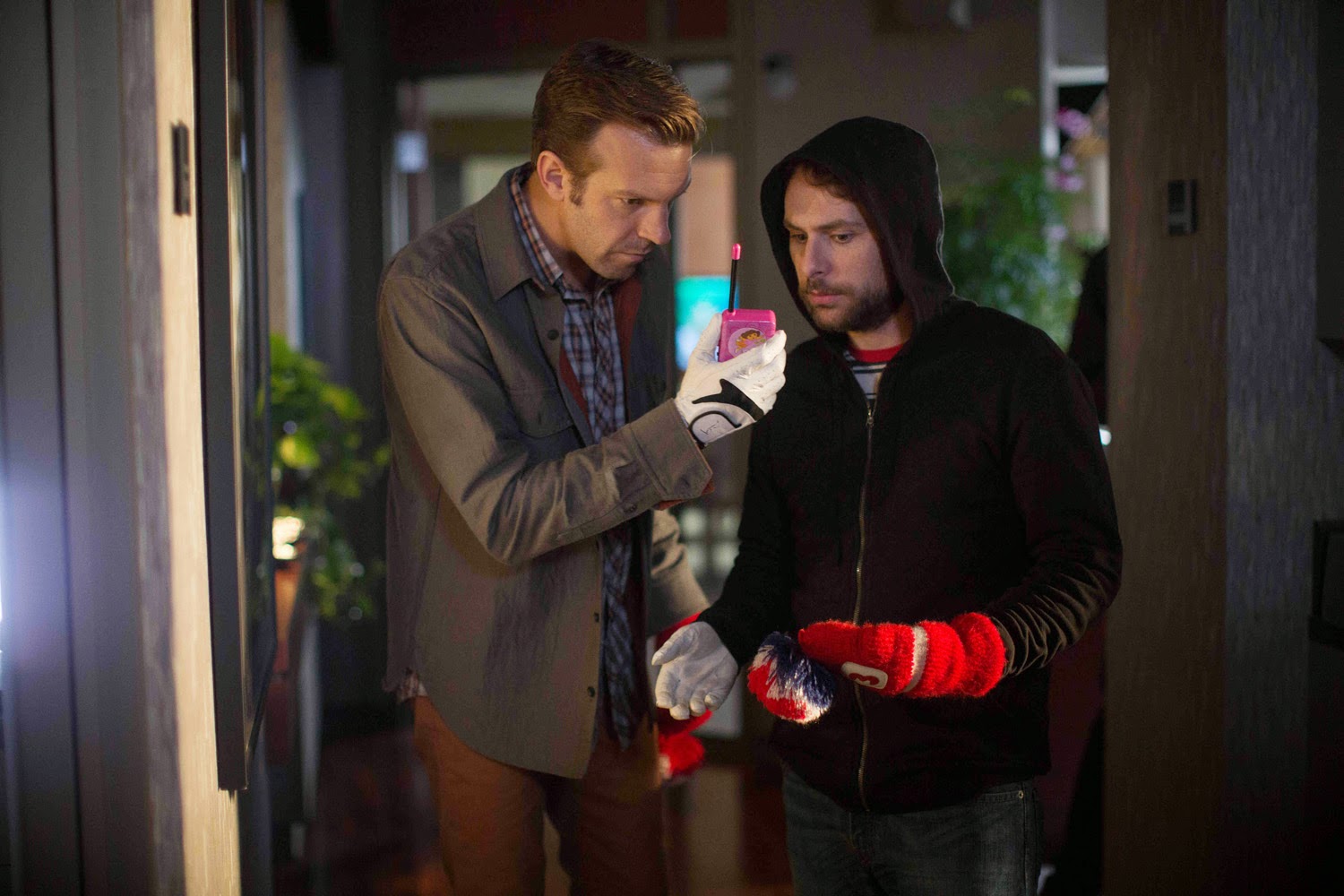 Jennifer Aniston and Jamie Foxx also reprise their “Horrible Bosses” starring roles, while Chris Pine and Christoph Waltz star as new adversaries standing between the guys and their dreams of success.