ReZirb
Home Entertainment Middle-earth Heroes, Villains Battle it Out in “The Hobbit: Battle of Five... 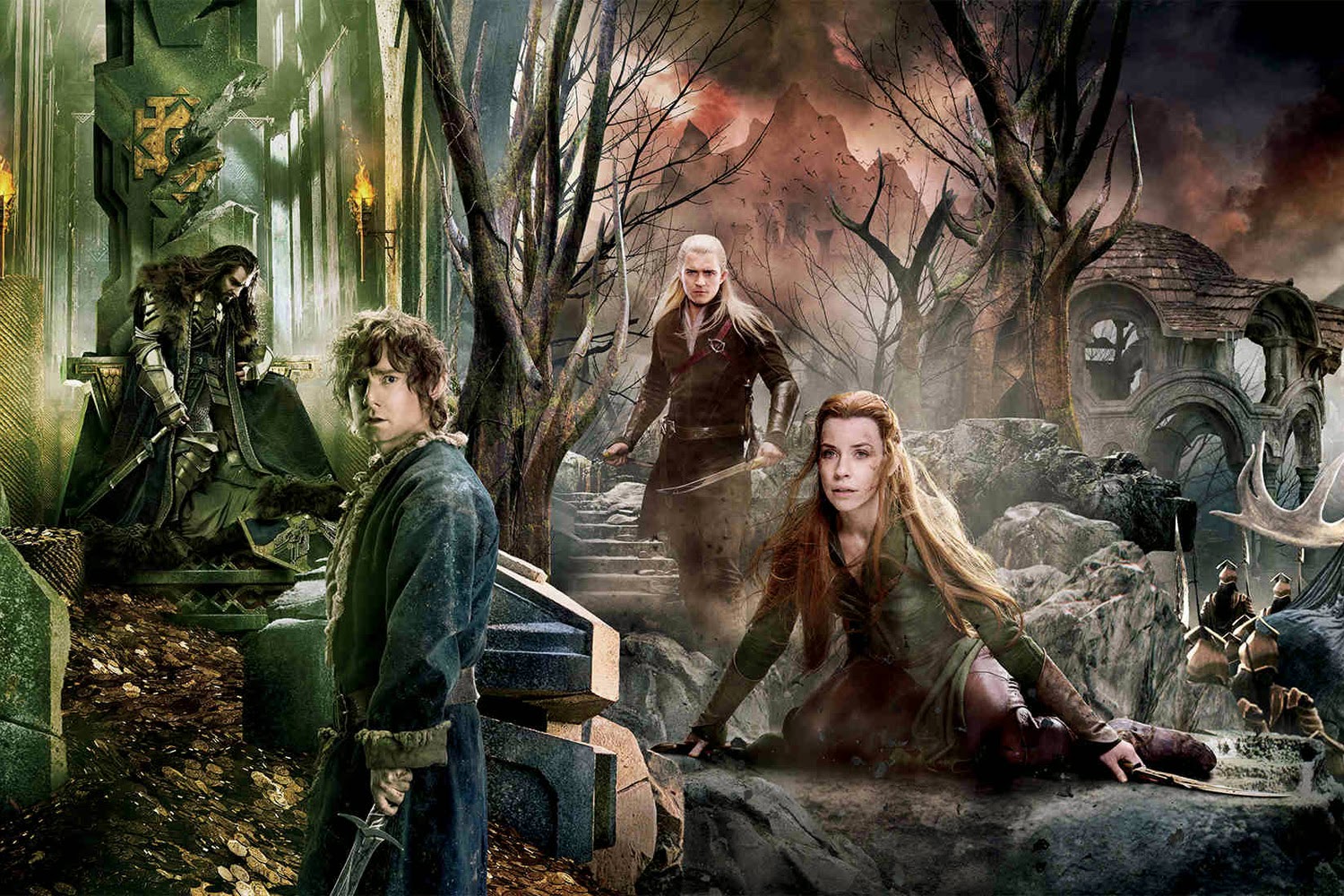 Peter Jackson’s “The Hobbit: The Battle of the Five Armies” brings to an epic conclusion the adventures of Bilbo Baggins, Thorin Oakenshield and the Company of Dwarves. Here’s a refresher and update on the characters’ motivations and what have they been up to coming into the finale of the trilogy.

Bilbo Baggins. Following his harrowing adventures through the perilous Mirkwood Forest, Lake-town and a death-defying encounter with the Dragon Smaug, Bilbo Baggins has successfully helped Thorin Oakenshield and his Company reclaim their long-lost Dwarven Kingdom. Unfortunately, this victory comes at a high cost as the little Hobbit witnesses the fiery destruction of Lake-town. Fearing that Thorin is descending into the dark depths of “Dragon-sickness,” Bilbo Baggins has many tough decisions ahead if he is to ever return to the Shire and the home that he loves. Caught in the midst of an epic battle, the small Hobbit comes face to face with the reality that he may never go back again.
Thorin Oakenshield. The King Under the Mountain has reclaimed his throne as ruler of the Dwarven Kingdom of Erebor and all the riches within. Having successfully driven out the dragon Smaug, Thorin and his Company have begun assessing their lost wealth and reviving their long dormant kingdom. But lurking beneath their triumph is Thorin’s growing obsession with his reclaimed treasure, and his closest allies fear he is suffering from the sickness that plagued his grandfather, King Thror. An increasingly greedy and petulant leader, Thorin will stop at nothing to ensure that his Kingdom remains intact, fearlessly taking on the armies of those who would steal from it and putting the Company at the forefront of what will become one of the largest battles in the history of Middle-earth.

Gandalf. With his worst fears confirmed, the Wizard Gandalf the Grey finds himself prisoner of the Necromancer, the ghostly visage now revealed to be Middle-earth’s darkest enemy, Sauron. Separated from the Company of Thorin Oakenshield, Gandalf must rely on old and powerful alliances to aid him if he is to escape and travel to the slopes of the Lonely Mountain to bring order into the chaos of Middle-earth’s warring civilizations if they are to stand a chance against evil in the epic Battle of Five Armies.

Galadriel. Oldest of all the Elves that remain in Middle-earth, Galadriel is possessed with the gift of foresight. When signs point to an evil rising within Middle-earth, she secretly supports Gandalf on his quest to reveal its source, knowing that should they fail, the fight against this growing malice will falter, and darkness will prevail.

Thranduil. Father to Legolas Greenleaf, Thranduil is a powerful Elf-Lord, and a legendary fighter. King of the Woodland Realm, he rules over the northern lands of a great forest that was once known as the Greenwood, but is now known by the more ominous name of Mirkwood. Over the long years of creeping darkness, Thranduil has increasingly turned his back on the outside world, concerning himself only with the welfare of his own people. An ancient and bitter feud has left him with little love of Dwarves in general, and one Dwarf, Thorin Oakenshield, in particular.

Legolas. Although a Prince of the Woodland Realm and a High Elf, like his father Thranduil, Legolas is more likely to be found patrolling the forest alongside the Silvan Elves of the Woodland Guard than in the Court of the King. Tall and lithe, he is a lethal fighter and fiercely loyal to his father and his people; however, events in the outside world have begun to encroach upon the insular world of the Wood-elves. A growing sense of foreboding forces Legolas to choose between the will of his father and his own conscience.

Tauriel. A Silvan Elf, this Daughter of Mirkwood is as deadly as she is beautiful. A favorite of King Thranduil and Captain of the Woodland Guard, Tauriel’s job is to follow the orders of the King without question. However, Tauriel has a strong will and unyielding passion for what she believes is right. An expert fighter, she carries signature weapons including twin daggers and a bow and arrow. Like Legolas, Tauriel is extremely fast and agile in battle. Although she has lived for many hundreds of years in Middle-earth, she remains one of the youngest of the Elven folk, and has rarely ventured beyond the borders of the great forest.

Bard the Bowman. When Thorin and Company encounter a mysterious man of Lake-town, they take him for a simple bargeman, but the stranger’s extraordinary skills as a bowman suggest he is not all that he seems. Bilbo discovers Bard to be a kind and decent man, protecting the poor folk of the town from the greed and tyranny of The Master. When Smaug’s fiery wrath takes aim at Lake-town, it is Bard who rises to attempt to confront the Dragon. 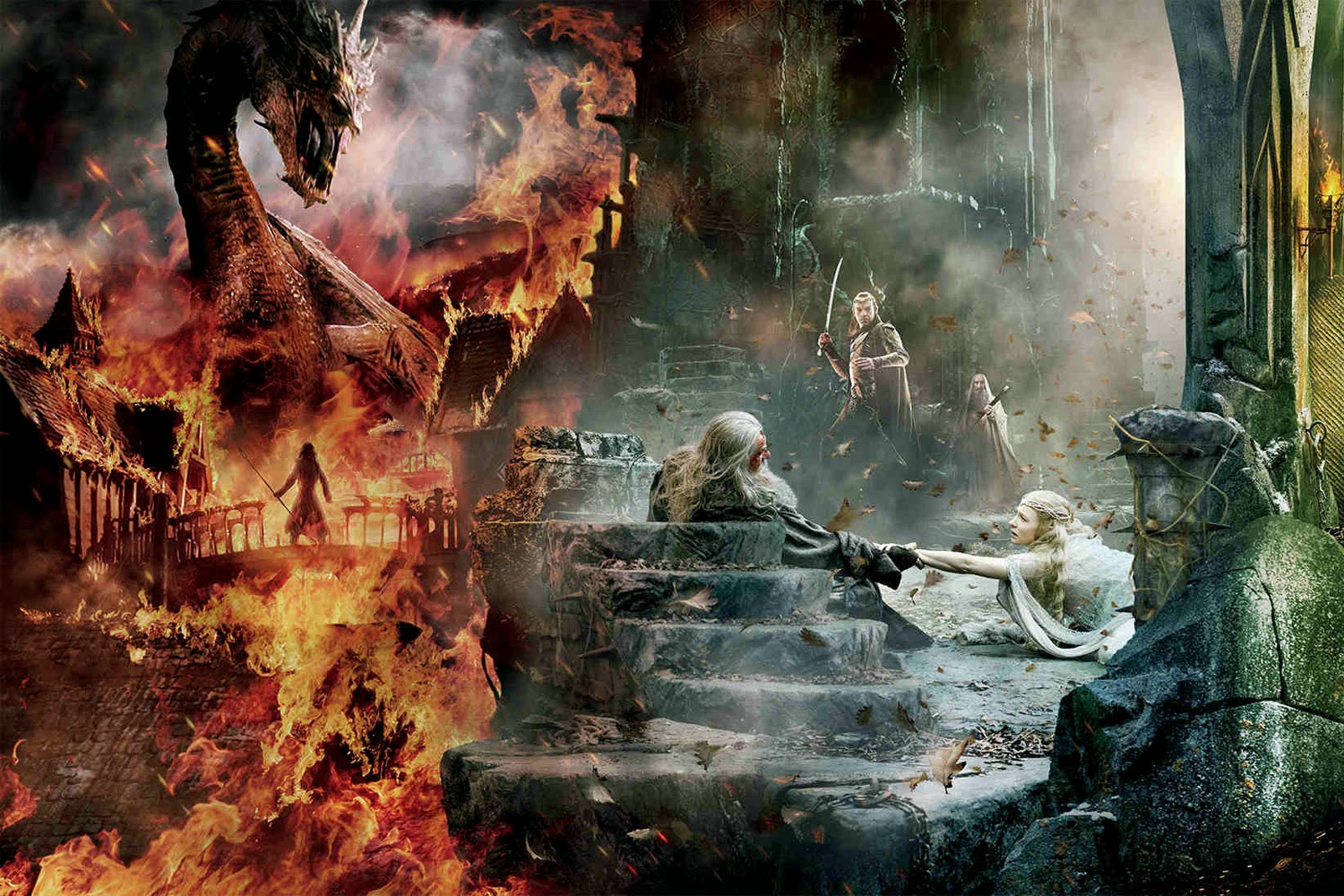 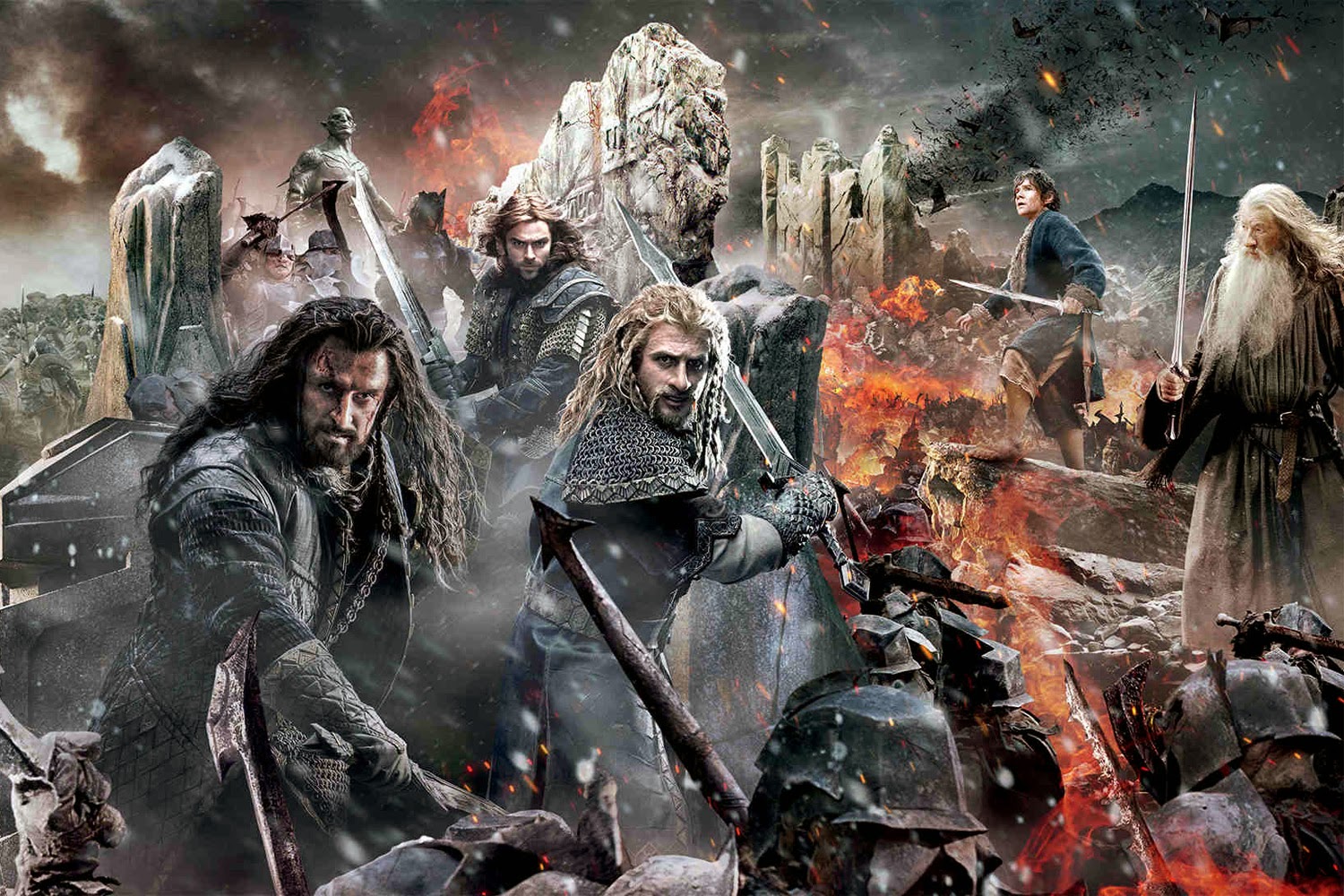 Opening across the Philippines on Dec. 12, 2014 in theaters and IMAX®, “The Hobbit: The Battle of the Five Armies” is distributed by Warner Bros. Pictures, a Warner Bros. Entertainment Company.

Selene Back with a Vengeance in “Underworld: Blood Wars” First Trailer