When approaching the 24th James Bond movie, SPECTRE, from Albert R. Broccoli’s EON Productions, Metro-Goldwyn-Mayer Studios and Sony Pictures Entertainment, the filmmakers were keen to ensure that the film followed on closely from its predecessor, the $1.1 billion global smash Skyfall. Daniel Craig, of course, is back for his fourth outing as 007, while the characters of Q (played by Ben Whishaw) and Moneypenny (Naomie Harris) both return after their reintroduction to the series in Skyfall. The new M (Ralph Fiennes) also returns.

The chance to explore all these characters’ stories was of vital importance to Sam Mendes, who is back for a second stint in the director’s chair. “It all starts from character with me,” begins the Academy Award®-winner, “and I wanted to explore all sorts of different aspects of the characters that I’d left behind in Skyfall. We had populated MI6 with a whole new generation of people — a new M, a new Moneypenny and a new Q. I wanted to let those relationships develop and grow.” For actor Daniel Craig, the remit for SPECTRE was even simpler. “We wanted to be better than Skyfall,” he says. “It is as simple as that. We didn’t have a choice; we had to be bigger and better. With Skyfall, we set something in motion and we wanted to go a bit further with it and experiment a bit more.”

Bond was rejuvenated at the end of Skyfall. “He had a sense of new beginnings,” continues Mendes, and this had a profound effect on SPECTRE. In the new movie, the world’s most famous secret agent is an entirely proactive character, in control of his own destiny. He has a focussed mission from the outset and nothing, and no one, is going to stand in his way.

“Skyfall was an entirely reactive movie as far as Bond was concerned,” explains Mendes. “In the first sequence he was pursuing somebody with all his old focus and drive, but he gets shot before the credits even roll and for the rest of the movie he is one step behind Javier Bardem’s character, Silva. You could even argue that at the end of Skyfall he has failed. He has not kept M alive, and though Silva’s death is a victory for Bond, there are other elements that are failures. Hence, with SPECTRE, I wanted to give him a chance of redemption.”

EON Productions’ Michael G. Wilson and Barbara Broccoli, long-serving producers of the franchise, agree. “I think this film is very much about the empowerment of Bond,” says Broccoli, “and with Daniel portraying the character, he does this with such enormous integrity that we really feel what he is going through, emotionally as well as physically.” 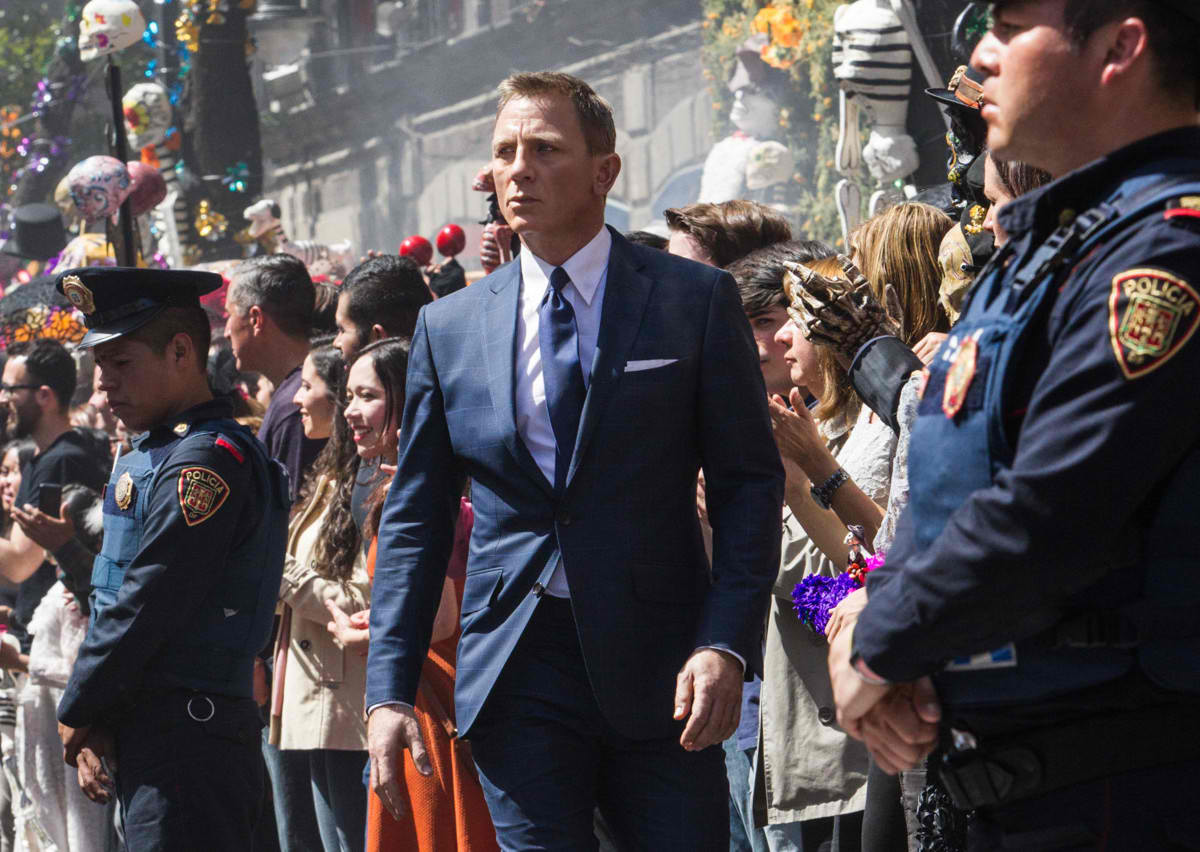 Bond’s proactive nature has given the filmmakers plenty of scope in terms of location and narrative ideas. The film sees a cryptic message from the past, which sends 007 on a rogue mission to Mexico City and eventually Rome, where he meets Lucia Sciarra (Monica Bellucci), the widow of an infamous criminal. When overseas, Bond infiltrates a secret meeting and uncovers the existence of a sinister organisation known as SPECTRE.

This infamous organisation has featured in six previous Bond films — Dr No, From Russia With Love, Thunderball, You Only Live Twice, On Her Majesty’s Secret Service and Diamonds Are Forever — introducing a whole host of villains. The latest film, however, sees the organisation reimagined for the 21st century.

“What we’ve got here is a kind of creation myth at play,” says Mendes. “We are not adhering to any previous version of the SPECTRE story. We are creating our own version. Our film is a way of rediscovering SPECTRE and the super villain, setting him up again for the next generation.”

Craig concurs. “Having SPECTRE in the film opens up lots of avenues for us to explore,” the actor says. “Having this organisation allows us to be both traditional while also bringing in something very new.”

Opening across the Philippines on Friday, Nov. 06, “Spectre” will be distributed by Columbia Pictures, local office of Sony Pictures Releasing International.

The Story’s Far From Over in “Blade Runner 2049” Trailer

“Me Before You” Gets Support from Stellar, Reliable Cast