For more than a decade—until his capture in 2011—Boston’s most infamous crime lord, James “Whitey” Bulger, was hunted by the FBI, surpassed only by Osama Bin Laden at the top of the Bureau’s Most Wanted List. 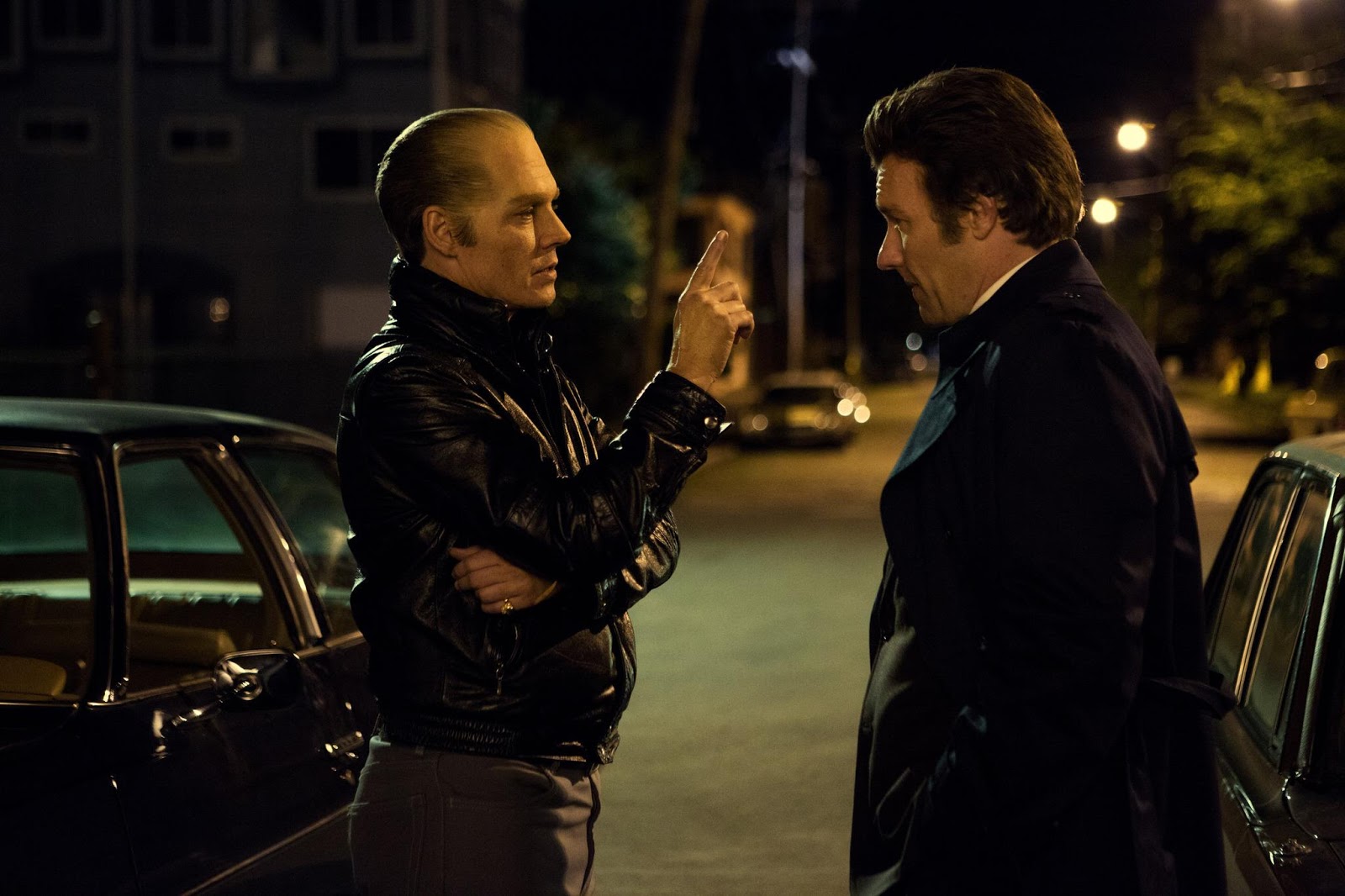 Directed by Scott Cooper (“Crazy Heart”), “Black Mass” explores how a deal between ruthless gangster Whitey Bulger and FBI Agent John Connolly (Joel Edgerton) enabled Bulger to expand his criminal empire with complete impunity, as Connolly—blinded by his own ambition—shielded him from investigation, ignoring the rising body count.

Depp tells of his character, “Many people grew up kind of idolizing him; many wanted to be him because he did things his own way and, for the most part, he won. But he was also a very charismatic man. He had this draw that made people want to get close to him. They wanted to understand him. They wanted to know him. I found James Bulger to be a fascinating character and was interested in what drove him.”

Evoking the adage that there is honor among thieves, Depp contends, “First and foremost, Jimmy Bulger is—in his own mind and his own heart—a man of honor. His immediate response to Connolly is that he would never be a rat. He’s not going to rat on his own people, for nobody, for nothing. But helping the FBI get the Italian Mafia is a business decision that, without question, works for him. I mean, if you’re offered that kind of clemency, you’re going to take it, and he takes it and runs with it. He ends up giving the FBI very little and gets a lot in return, so it’s kind of brilliant on his part.”
Cooper calls Depp’s Whitey Bulger “a character unlike any he’s ever played. Whitey could be charming, but he was also a man who, in the blink of an eye, would just as soon kill you as look at you. Johnny understood that Whitey Bulger is not a likable character for the most part; there’s a very vicious side to him, which you’ve never seen before from Johnny. 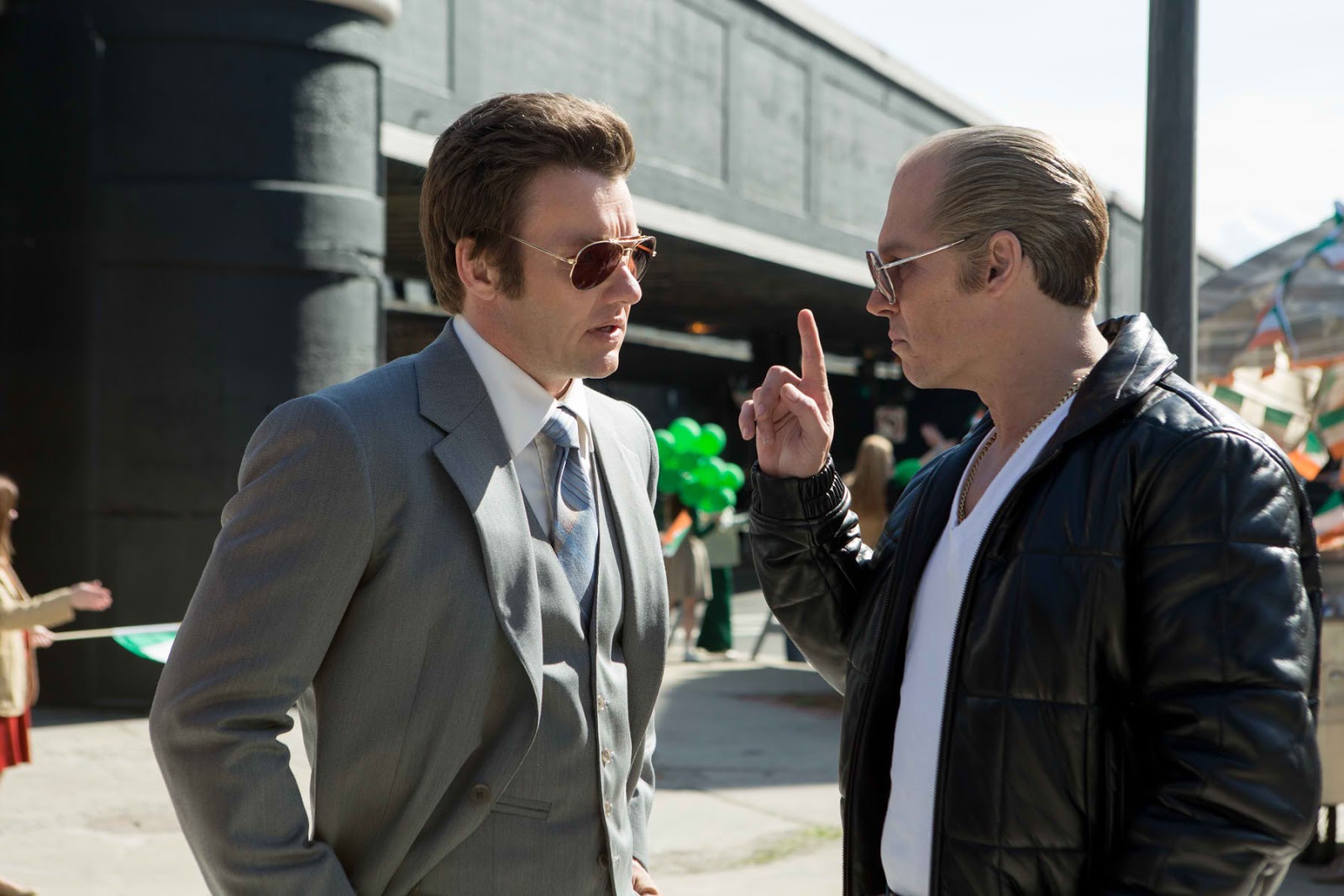 “But,” the director continues, “what he wanted to do was create a full-bodied portrait—to show him as flawed as he is maniacal, ruthless but also human. There’s a danger to that because we don’t want people to say we’re humanizing a man who personified evil. We certainly show all levels of his brutality. He was a stone cold killer and Johnny plays that to the hilt. He went to great lengths to create his performance through a tremendous amount of research and in-depth discussions between the two of us and others. From the way he moved to the timbre of his voice, he was able to inhabit fully the sociopath that is Whitey Bulger.”

Depp offers, “One of the great challenges in ‘finding’ James Bulger is that he’s a pretty mysterious fellow. I got to know him mainly through friends and people he worked with in those early years. That was helpful in being able to literally grab hold of the character and hang on. For me it was walking that tightrope between playing a very dangerous, unpredictable walking time bomb who could also be emotional and even sensitive.”

The actor confirms that his portrayal involved more than delving into his character’s psyche. “It’s also very important, when you’re playing someone who existed or exists, to approach it with respect, no matter what. It’s their life, so regardless of what they may have done, they deserve as close to an honest version of themselves as humanly possible. So that’s where prosthetics come into play. Joel Harlow, who did the makeup for the film and whom I’ve worked with for years, did an amazing job.”
Cooper adds, “Johnny wanted to fully embrace the physical aspects of the character. Whitey Bulger was balding and blue-eyed while Johnny has dark eyes and a full head of dark hair. But between Johnny and Joel Harlow, they nailed Whitey perfectly. Through archival footage and photographs, they were able to develop a very complex process to get all of Whitey’s facial features right: the distance between his eyes and his nose; the sneer of his lip; his chin; his hairline… It was so convincing that when he walked on the set, people who knew Whitey found it chilling.”
“He really, really looked like Whitey,” avows Dick Lehr. “He had that same body language and swagger. It was eerie and very effective.”