In the film, a stoner and his girlfriend’s sleepy, small-town existence is disrupted when his past comes back to haunt him in the form of a government operation set to wipe him out.

“American Ultra” will be shown exclusively at Ayala Malls Cinemas nationwide starting Oct. 28.
For the first five minutes of “American Ultra,” audiences may feel like they are watching a charming little indie film about two quirky characters, which is exactly what the filmmakers intended. Mike Howell (Eisenberg), the movie’s main character, is a smarter-than-average but completely unmotivated slacker. He is stuck in a small town, working at the local convenience store and living a very ordinary life with his girlfriend Phoebe (Stewart). 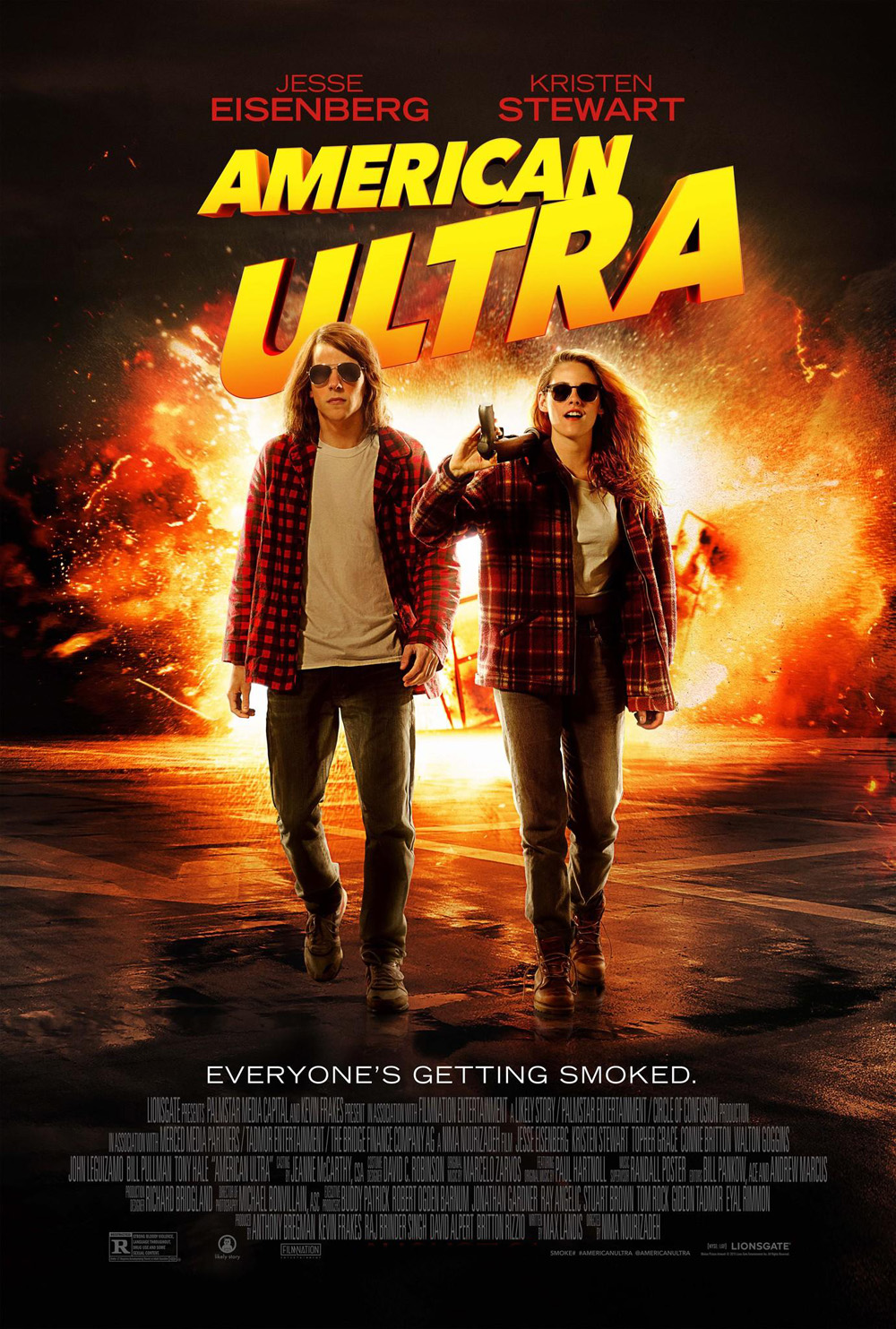 “If you take the story down to its most basic elements, it’s about this guy who wants to propose to his girlfriend but his world gets turned upside down,” says director Nima Nourizadeh. “Mike has only one goal: propose to Phoebe. Then, over the course of one night, everything turns upside down and there are all these hurdles he has to jump.”

For the director, who earned accolades in Hollywood for his 2012 debut film, “Project X,” this script stood out in the action-comedy genre. “It ticks so many boxes with a unique blend of disparate elements that you don’t normally see together,” says Nourizadeh. “It has romance, it has action, it has a lot of comedy, so it’s full of surprises and takes you places you won’t expect. It starts off in the tiny, almost claustrophobic world that Mike and Phoebe have been living in and then it gets crazy.”

When the action suddenly shifts from Liman, West Virginia, to CIA headquarters, something far more sinister than romance starts to take shape. A clandestine government program is about to rain terror down on a sleepy West Virginia town. The object of the attack is … Mike Howell?
“That’s when you realize that `American Ultra’ is an action film with plenty of ass kicking that also pokes fun at the genre,” says Max Landis, the film’s writer. “It is high-level, in-camera action, but no matter how hard that element pushes, the indie dramedy about a stoner couple pushes back just as hard. Of course, that doesn’t mean we didn’t create some killer fight scenes.” 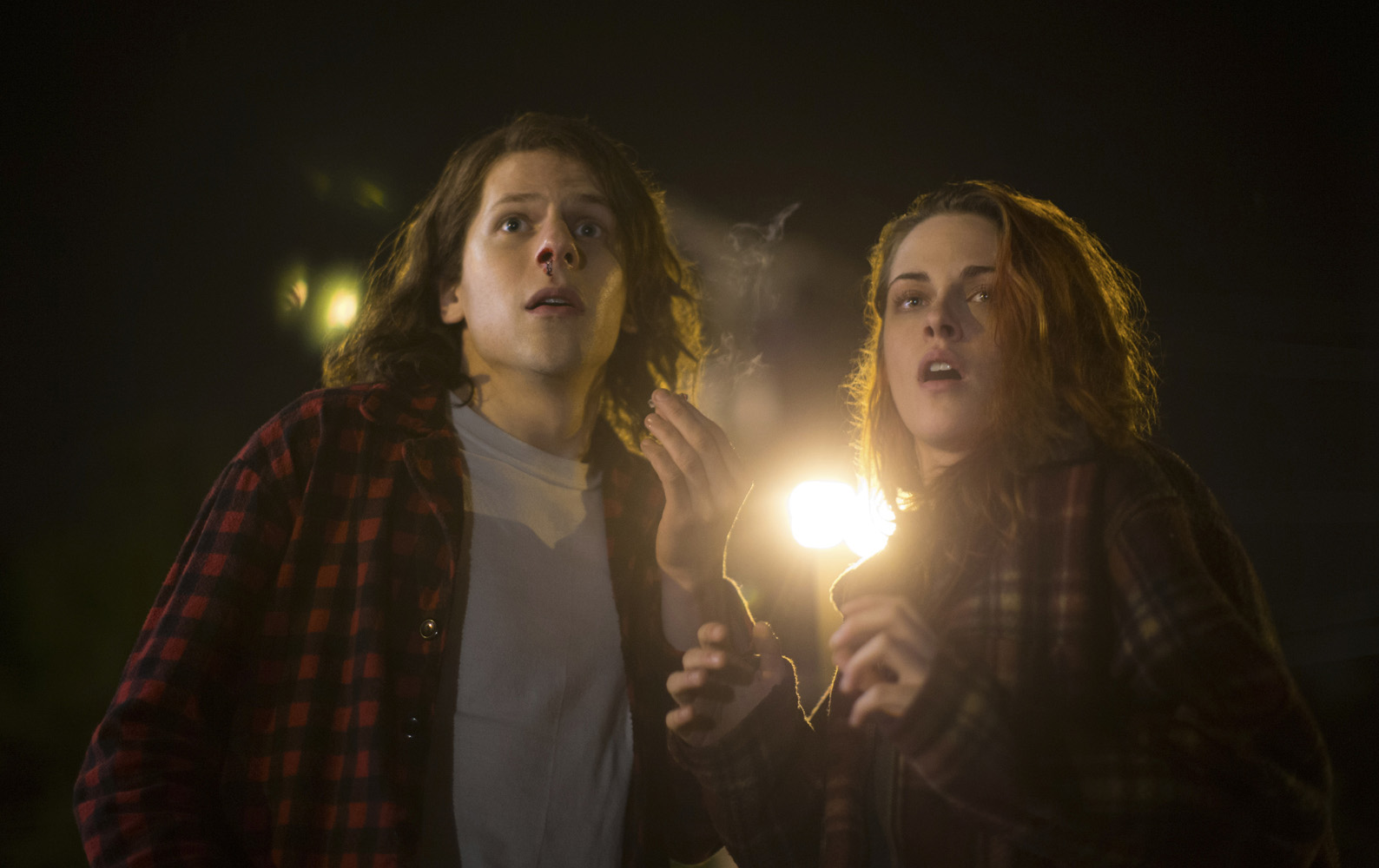 One of the big selling points for Nourizadeh was the script’s ambitious amalgam of classic genres. “It combines so many different things in an interesting and organic way,” he notes. “The conventions will be familiar to filmgoers, but they are mashed up a little bit, which changes everything. I like taking things that people think they know and presenting them in a new light.”

The inspiration for the action/comedy is a real-life CIA attempt to create super warriors that lasted three decades. The formerly covert program, known as MK Ultra, was launched in the 1950s in an effort to turn ordinary citizens into superhero-level operatives. Using psychotropic drugs to enhance psychological conditioning, better known as torture, government scientists treated the human brain like a computer and attempted to radically reprogram their subjects to be the most effective and dangerous assets possible.

The attempt to turn out a generation of Jason Bourne-like super assassins failed miserably. “You can wipe a hard drive, but when you wipe a human brain, it tends to break,” says Landis. “I became a little obsessed with what I learned. I kept thinking, what if a regular guy got involved? How would he react? That spawned `American Ultra.'”