Take your first look at the newly released character posters of Sing, the new musical comedy from Universal Pictures and Illumination.

Check out the character one-sheets below and watch Sing in Philippine theaters on January 08, 2017. 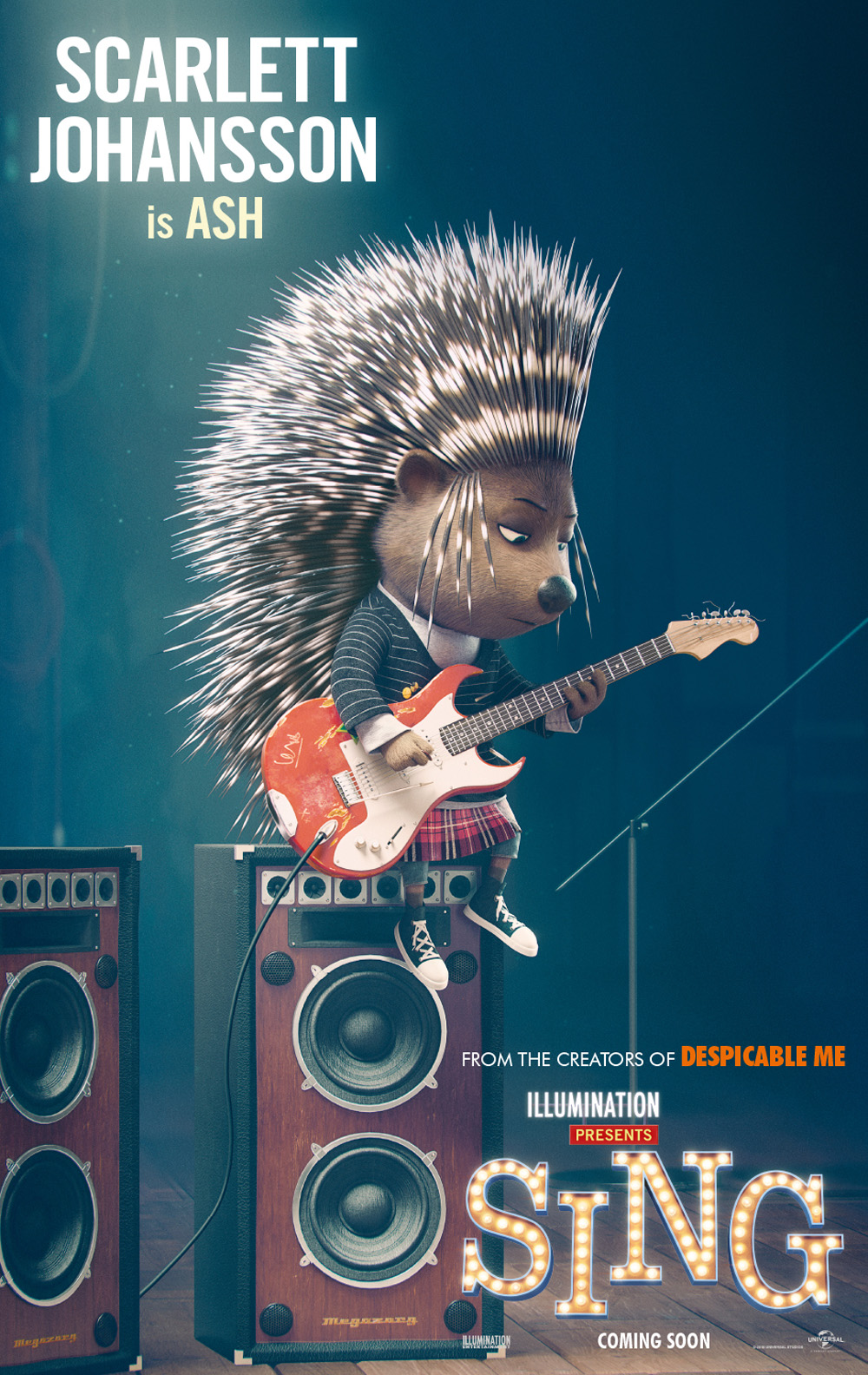 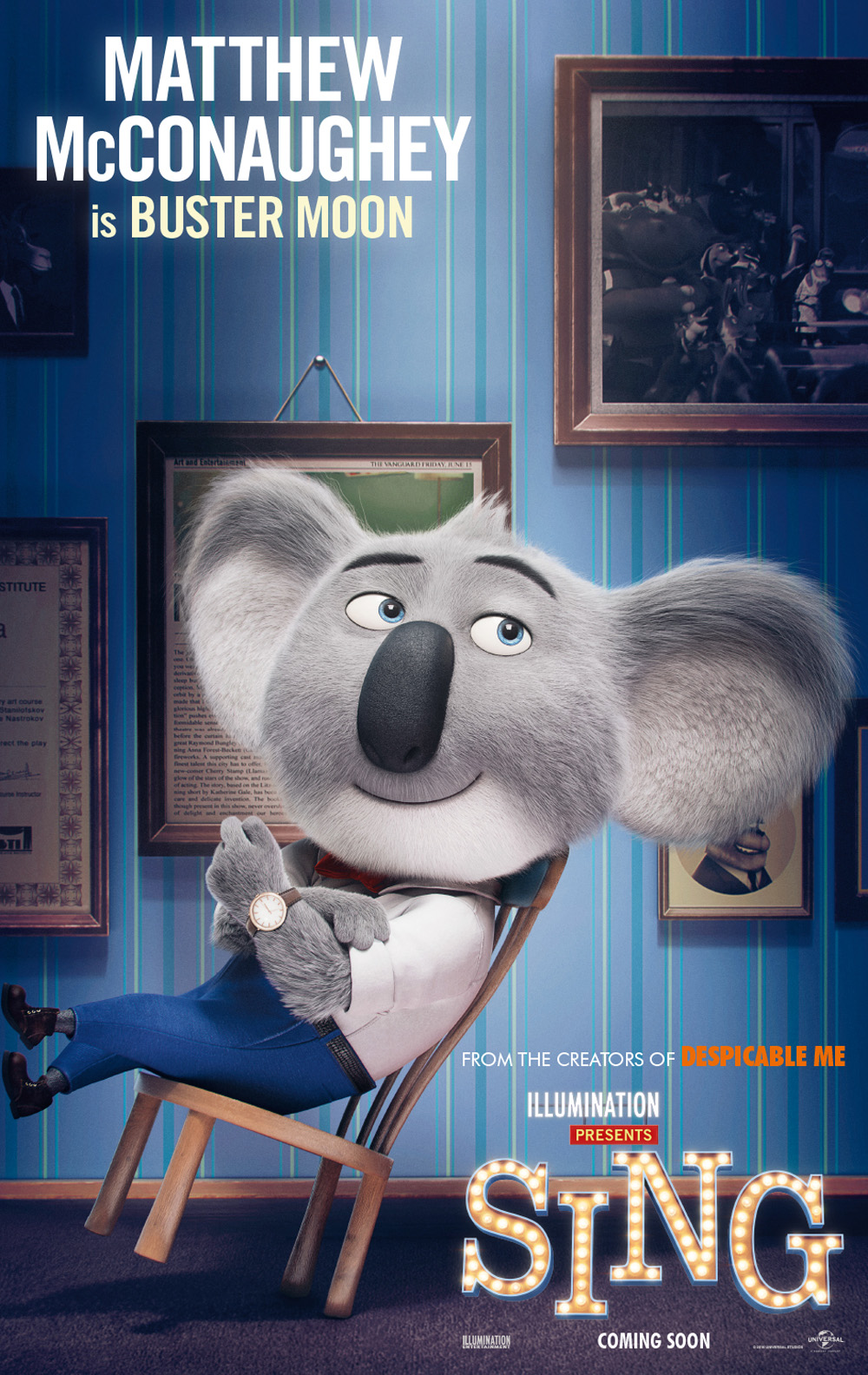 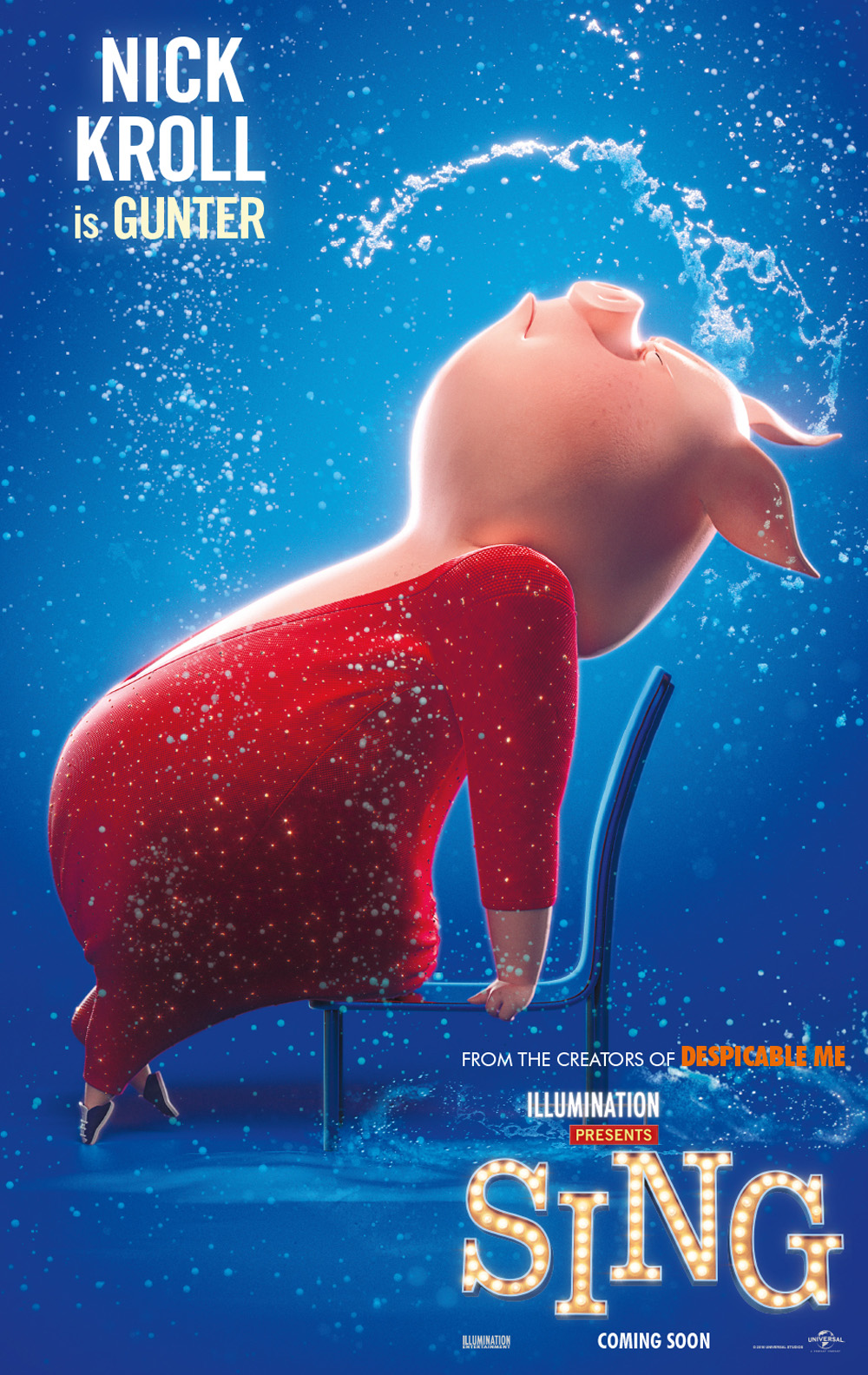 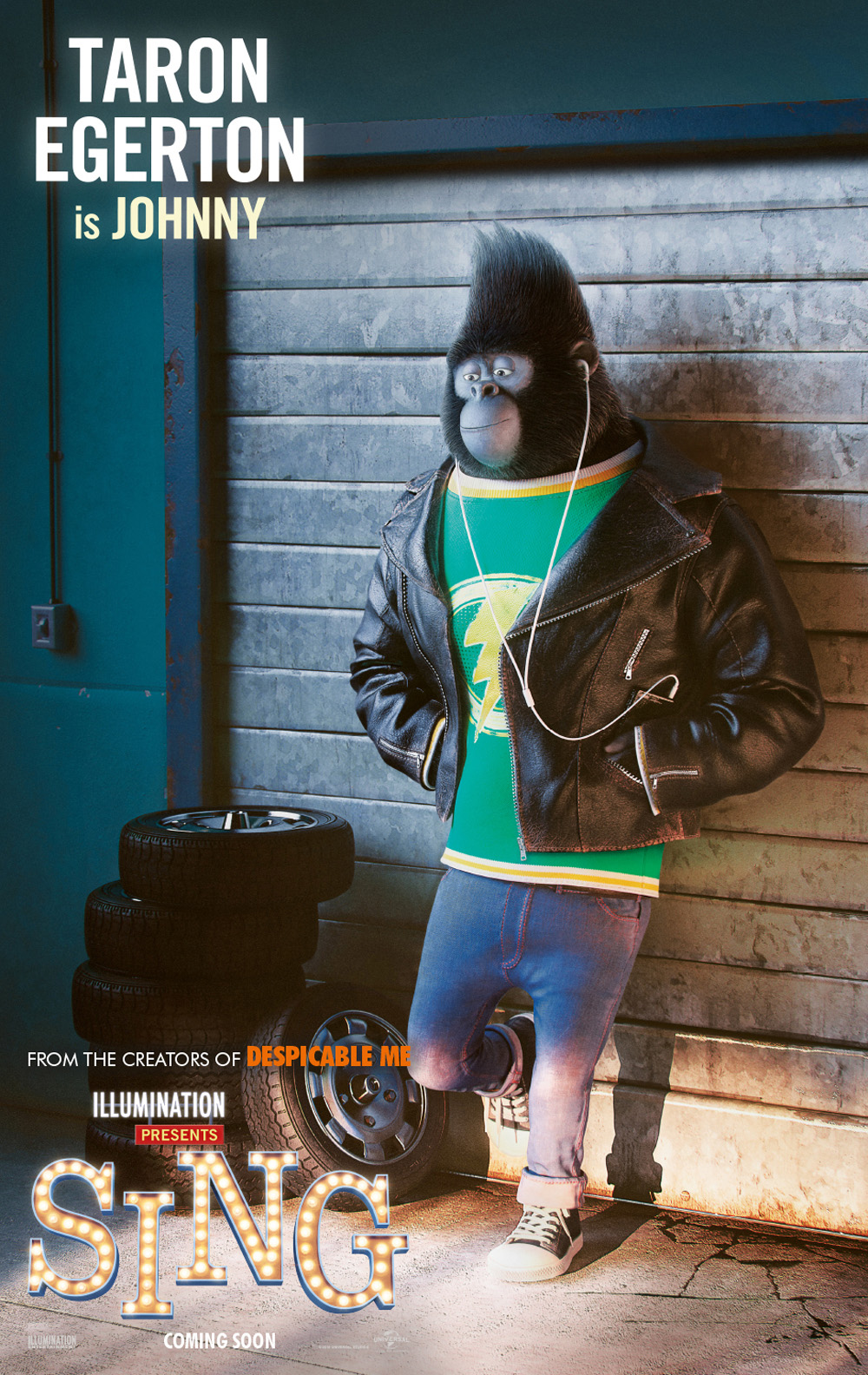 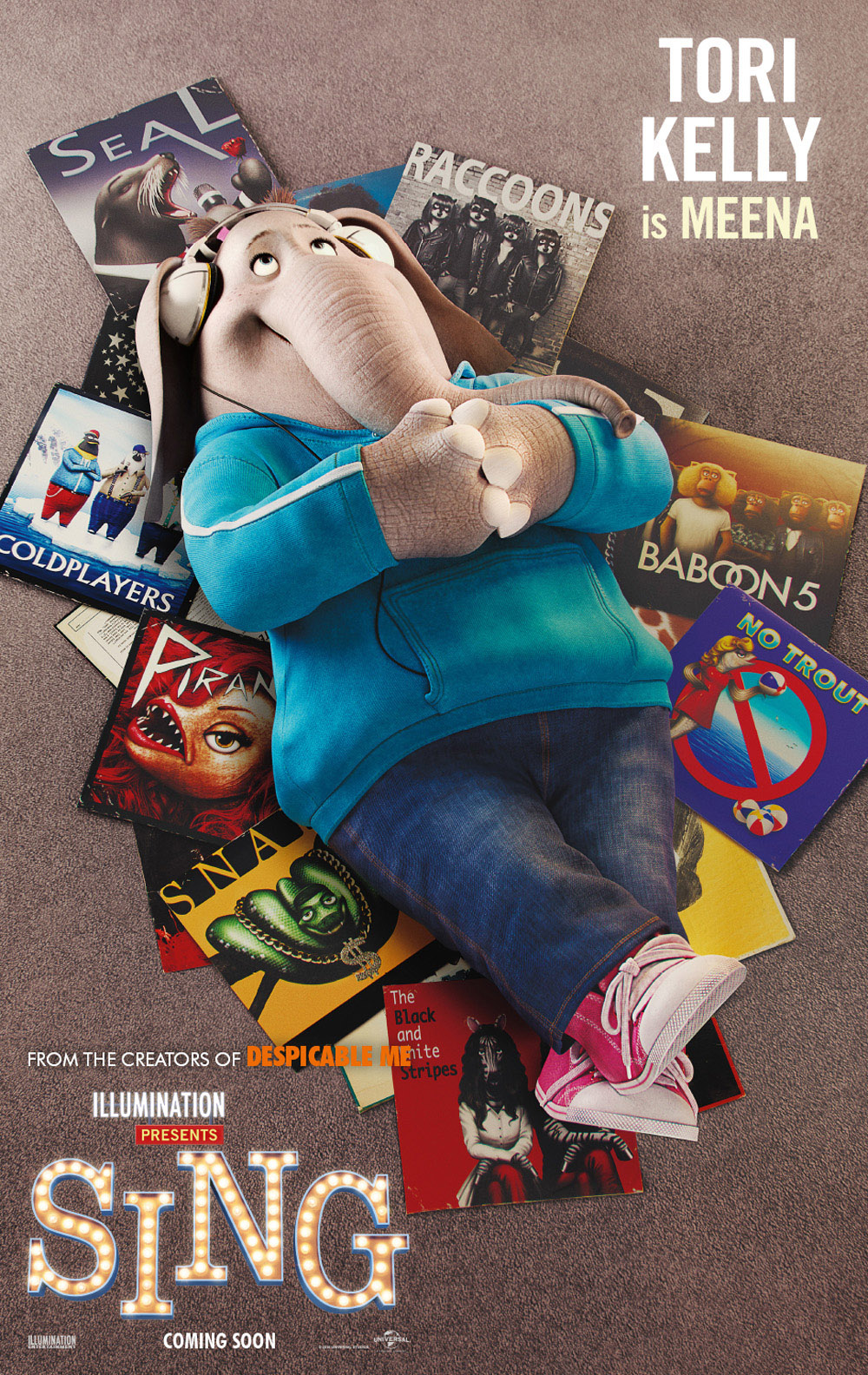 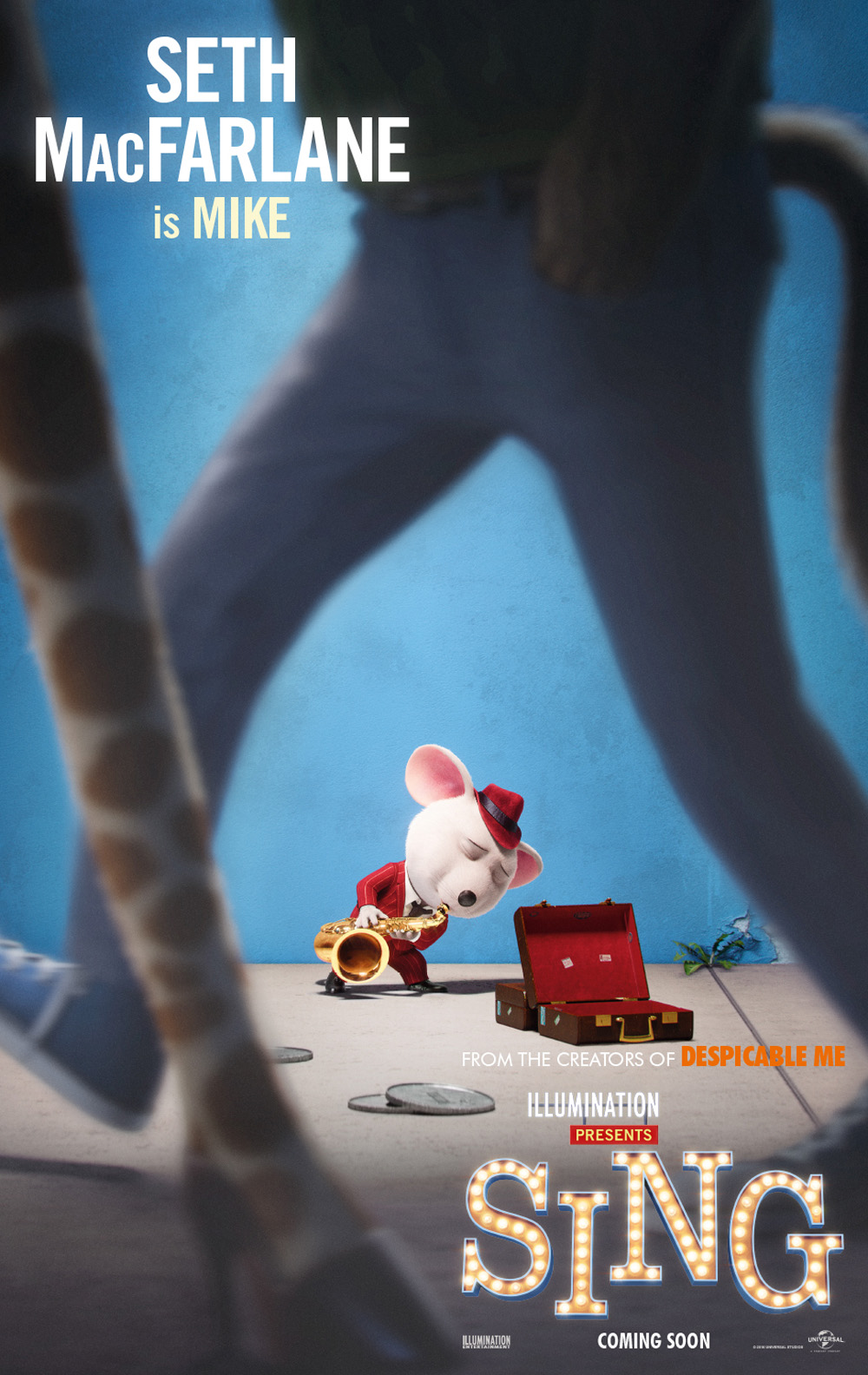 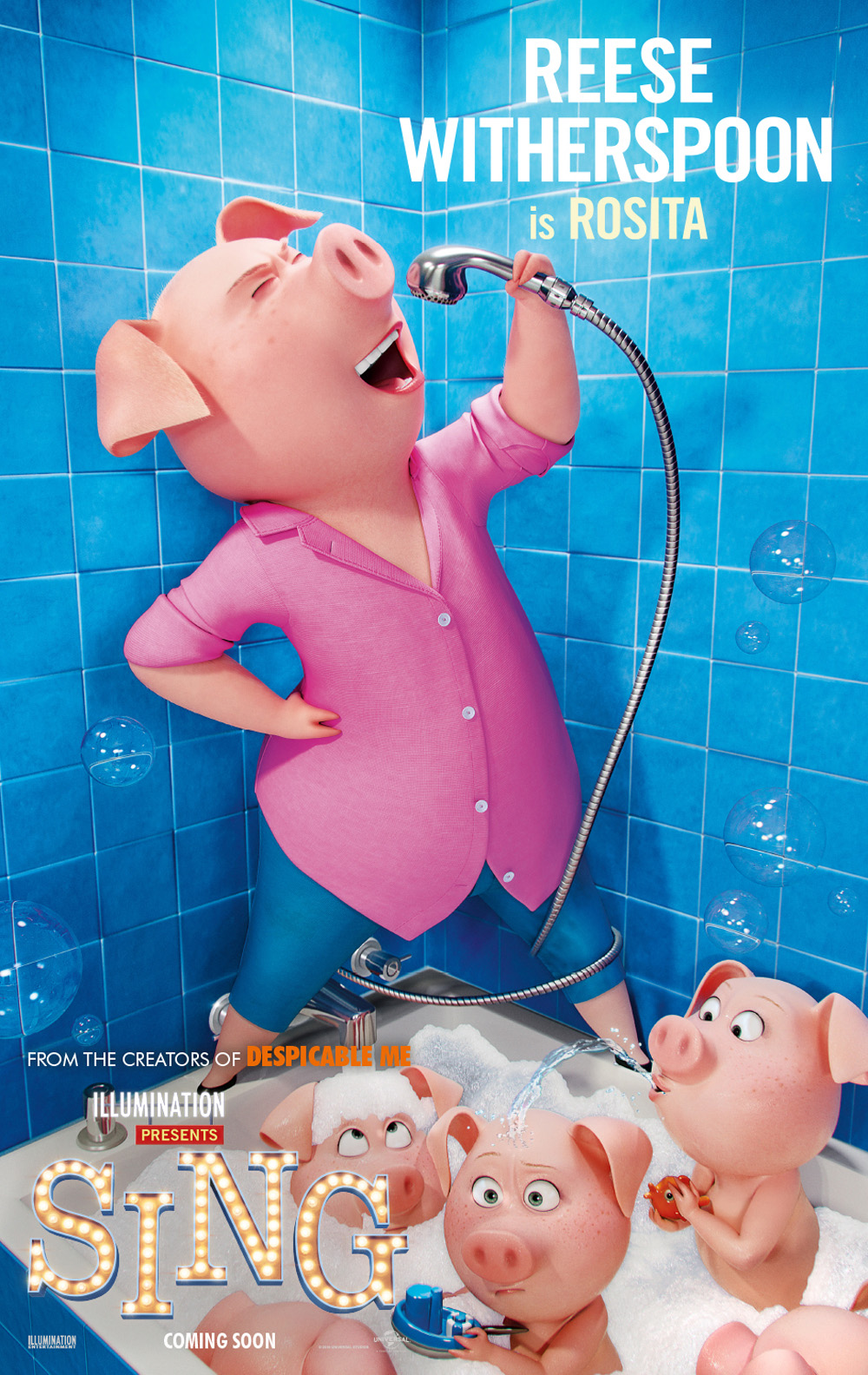 Set in a world like ours but entirely inhabited by animals, Sing stars Buster Moon (McConaughey), a dapper Koala who presides over a once-grand theater that has fallen on hard times. Buster is an eternal optimist—okay, maybe a bit of a scoundrel—who loves his theater above all and will do anything to preserve it. Now facing the crumbling of his life’s ambition, he has one final chance to restore his fading jewel to its former glory by producing the world’s greatest singing competition.
Five lead contestants emerge: Mike (MacFarlane), a mouse who croons as smoothly as he cons; Meena (Kelly), a timid teenage elephant with an enormous case of stage fright; Rosita (Witherspoon), an overtaxed mother run ragged tending a litter of 25 piglets; Johnny (Egerton), a young gangster gorilla looking to break free of his family’s felonies; and Ash (Johansson), a punk-rock porcupine struggling to shed her arrogant boyfriend and go solo.

Featuring more than 85 hit songs, Sing is written and directed by Garth Jennings (The Hitchhiker’s Guide to the Galaxy) and produced by Chris Meledandri and Janet Healy.

Mark Wahlberg Stars In “Patriots Day Based On True Events From...