Also starring Renee Zellweger and Colin Firth, the new film in the beloved comedy series finds Bridget Jones (Zellweger) unexpectedly expecting, but with one hitch: Bridget’s uncertain if the baby’s father is her longtime love Mark Darcy (Firth)…or the newfound one Jack Qwant from just across the pond.

The pattern of the last two Bridget Jones films followed the premise that in love there is a choice between a good guy and bad guy disguised as a good guy, with Bridget invariably making the wrong choice. “We invented Jack as an American in a very English setting. He’s charming, funny and very American,” says director Sharon Maguire. “He’s found the algorithm for love, and thinks he knows what works when it comes to love. He and Bridget match up 97 percent, so they should be together, whereas Bridget and Mark match up only 8 percent.” 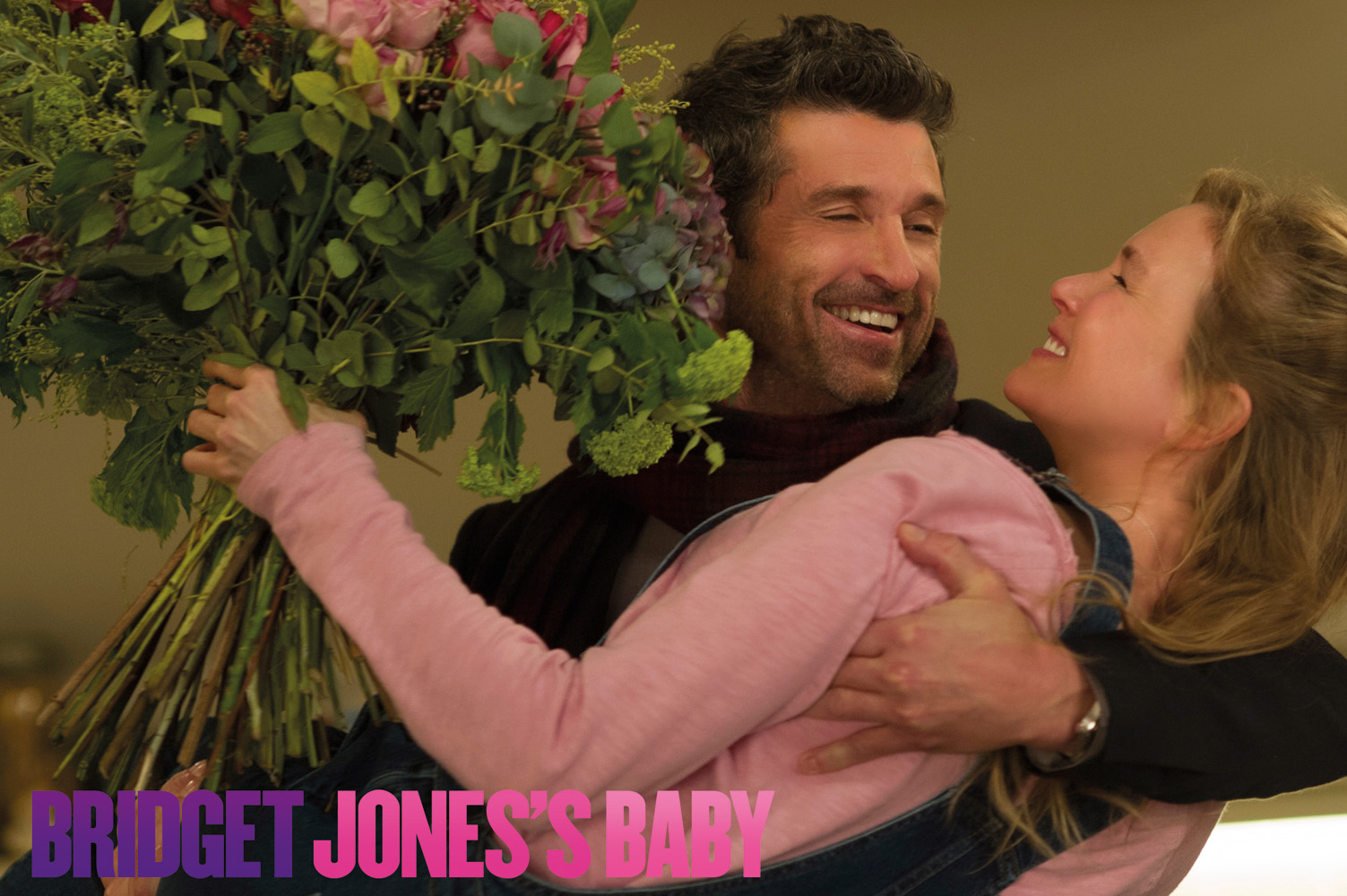 “Whatever we think about either of these guys, Jack’s actually a lovely guy,” offers Firth. “We may not like algorithms for love and the way he goes about what he does, but he’s charming, adores Bridget and he seems to like Mark. This is quite infuriating: to have as an adversary someone that you can’t bust on having terrible ulterior motives.”

Dempsey’s name had always been in the mix for Jack, having first come to the producer’s attention as Dr Derek Shepherd on “Grey’s Anatomy.” “Patrick was the choice very early on, because he’s a credible alternative,” says producer Debra Hayward. “He’s the right age, devastatingly handsome and he’s American, all of which rings the changes from Daniel. We wanted it to be someone different but somebody equally gorgeous, and he’s a great actor. He’s an American equivalent to Colin.”

So, all roads led to Dempsey for Jack, but it was the race track that potentially jeopardized his being able to board the project, because Dempsey was in the middle of a racing season (his other job is racing driver). “I was right in the middle of a season racing,” explains Dempsey. “So we had to work around the race dates to make it possible for me to do the film. It’s the first production that’s ever worked around my race dates! The first race with this contract, I ended up winning in Japan, so it was a good omen.” 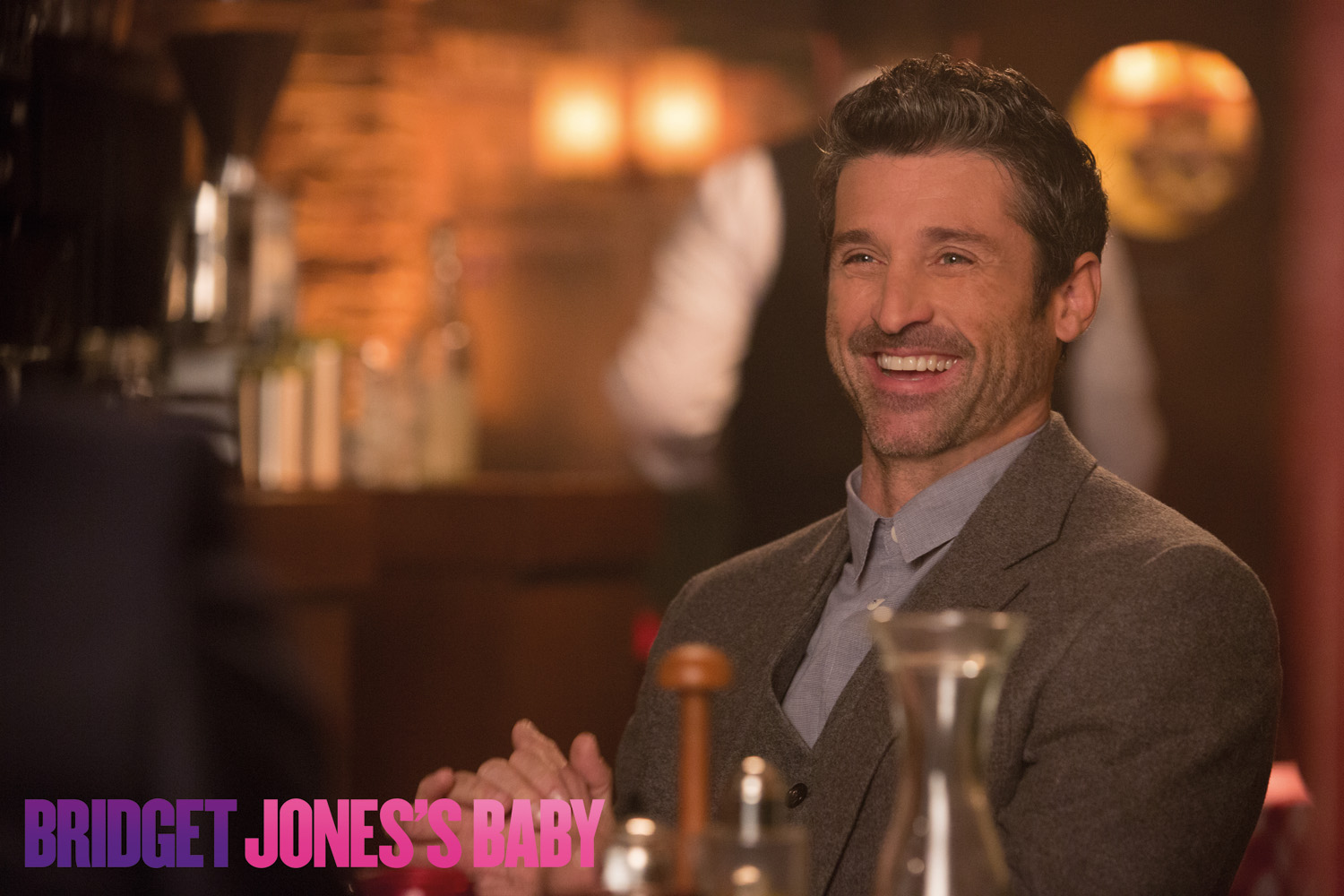 In much the same way that Jack is the new character on an established scene, similarly Dempsey was coming into a dynamic that was long established. “I’m the new kid on the block. I was very nervous because they’ve had all this experience together and have a dialogue and a relationship that works well. That’s what Jack brings into this dynamic; he’s stirring it all up in many ways.”

“Patrick is lovely as Jack,” enthuses Zellweger. “He is dashing and handsome and charming and he’s funny and naughty and fun, like the Daniel Cleaver character. Still, he is the polar opposite of Daniel in so many other respects.”

“Darcy’s the quintessential English one, and Jack is the quintessential American,” says Dempsey. “It’s been fun trying to find that. How we make these characters sympathetic, vulnerable, but yet strong at the same time, and what their wants and aspirations are for Bridget and for the baby. While the other characters are much more established, for Jack it’s been a case of finding that out as we go along.”