Producer Todd Black says that he thinks Washington was likely drawn to the project for a number of reasons. “I think Denzel wanted to do it because he rarely does ensembles, and I think he thought it would be fun to do one. It was a different way for him to do an action film. He had a strong relationship with Antoine. But most of all, it was different, and he’s always looking for different.”
Naturally, Washington was also drawn by the chance to play Chisolm, the leader of the titular seven. “There are those who have been put on this Earth to protect the innocent,” says the actor. “For this town, he is the right man at the right time.” 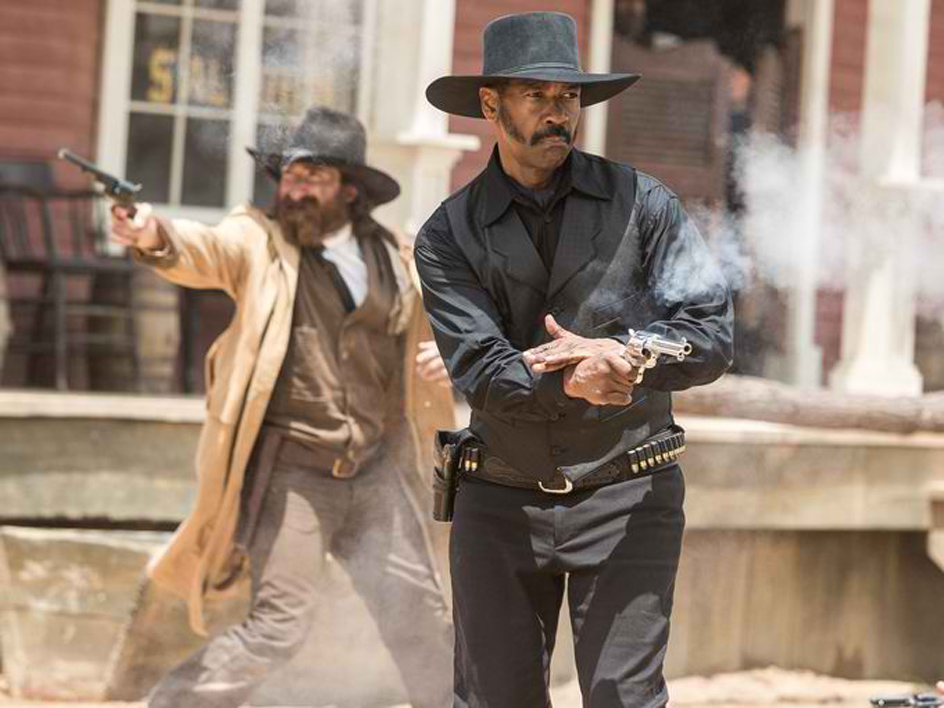 “He’d tell you he’s a duly sworn warrant officer from Wichita, Kansas and a licensed peace officer in Arkansas, Indian Territory, Nebraska, and seven other states,” says Washington. “He’s a black man in the frontier, in a position of authority, so he needs to let people know he has authority from the government to do this job. He’s a loner; he’s unafraid. He’s a master with his weapon but he’s not a braggart; he’s a lonely, honorable, courageous man, not especially used to dealing with people.”
“We did a lot of research into guys like that – free black men truly from the West who did that for a living – so we took that and ran with it,” says Fuqua. “When we first meet Chisolm, he’s just going after bad guys and bringing them back to the judge or killing them – either way is OK. He’s in a very cold, dark place – all business – until Haley Bennett’s character says there’s a man in town who is killing men, women and children, and his reaction to that is what stops him.”

“In this town, this evil man has broken backs, literally, and the spirits, of these people,” Washington explains. “I think that affects each of the seven in a different way, but they’re determined to do something about it. Chisolm is coming there to do a job – this town is being taken over – and it happens that he’s also looking for revenge for something that happened to his family. Because he wasn’t able to serve justice on his own situation, for his own family, he’s been attracted to a desire to right wrongs, to bring evil people to jail, to pay for their crimes.” 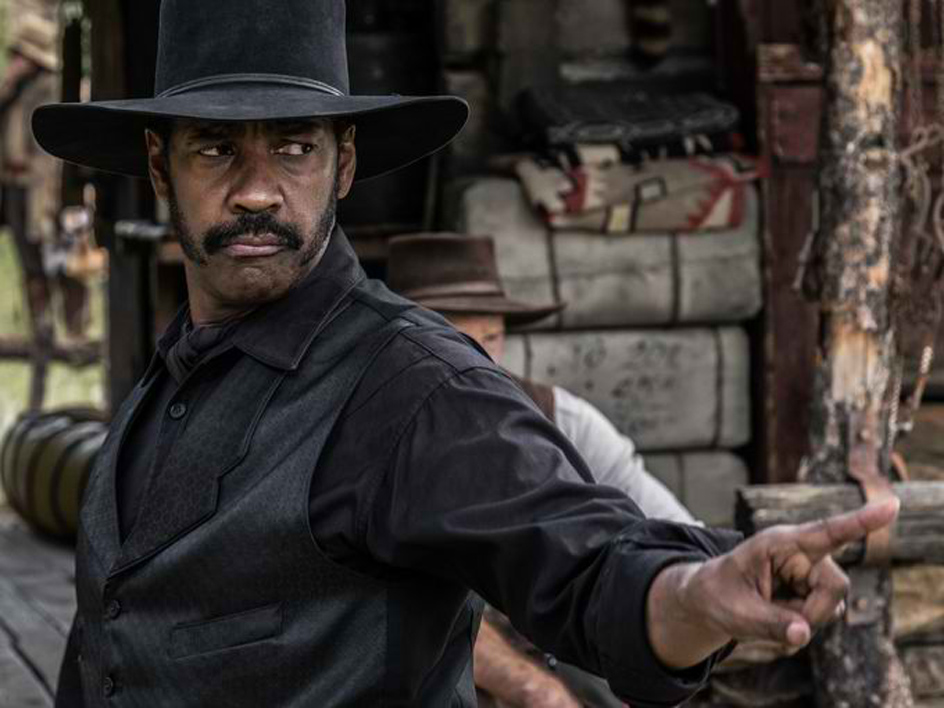 “The Magnificent Seven” is distributed by Columbia Pictures, local office of Sony Pictures Releasing International. Use the hashtag #Mag7

Check Out 3 Spoof Posters from “SpongeBob Movie: Sponge Out of...