Coming off rave reviews for her indelible performances in “Sicario,” “Into the Woods” and “Edge of Tomorrow,” Emily Blunt now portrays Freya, the Ice Queen, in Universal Pictures’ new fantasy adventure “The Huntsman: Winter’s War.”

While Ravenna (Charlize Theron) is a wicked devourer of souls and uses her dark magic to drain the life force of her prey, her little sister Freya is a good queen of snow and ice who has built her own frozen kingdom over the decades…quietly watching Ravenna’s rise to power.

When the evil and power-hungry Queen Ravenna betrays the Ice Queen with an unforgivable act, the heartbroken Freya flees home and builds a kingdom as cold as her heart. No one can touch her ever again, and by amassing an army of Huntsmen—who were plucked from their families at an early age—she has ensured her protection…and neither she nor her soldiers will endure the pain of love again.
“Freya’s an interesting villain because who you meet at the beginning of the film is not who she becomes,” Blunt offers. “When you meet her, she’s this incredibly kind person. She’s a young girl who’s in love with the wrong guy, but then she loses her child and becomes so grief-stricken and hardened by the loss that she discovers her power. Her hair turns white, and she goes completely pale and discovers an ability to freeze things.” 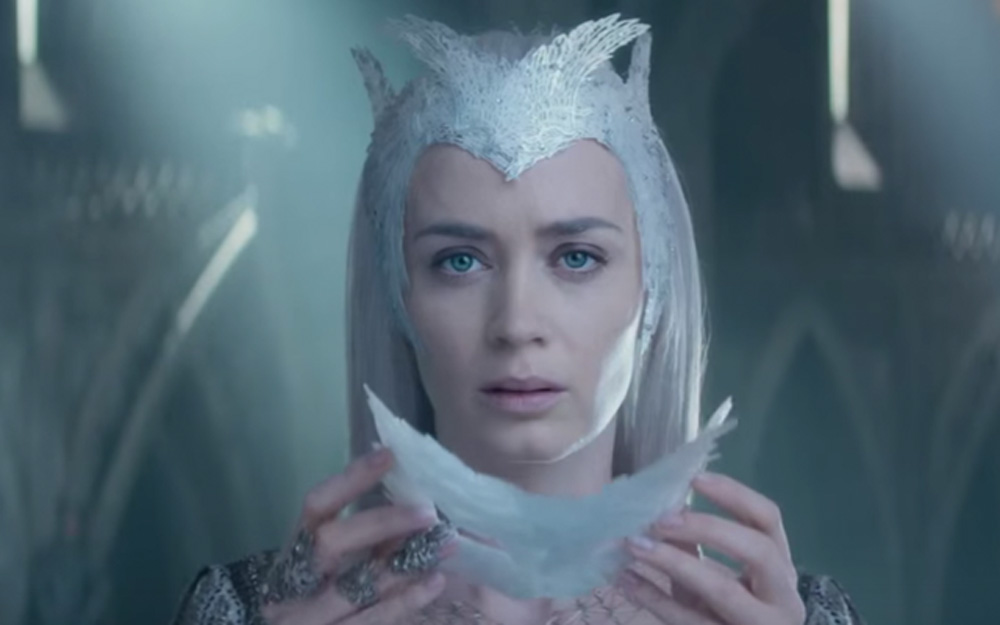 After such a betrayal, Freya determines that love must be a wicked and villainous thing, and she sets out to eradicate it from the world, kidnapping children from their parents and raising them to believe that love is dangerous. “I think she truly believes she’s doing the right thing,” Blunt reflects. “She thinks she’s saving these children by putting them into her child army and raising them without love. She’s saving them from ever going through the devastation of what she went through.”

Confirms director Cedric Nicolas-Troyan: “She’s not a villain because she wants power or she wants to dominate. She’s more complex because she thinks she’s saving these kids by turning them into great warriors. She doesn’t realize how cruel that is…that she’s ripping them away from everything they know and love.”

Providing a bit of levity, the actress laughs. “Freya’s probably the most frightening mother figure you could ever want for your child.”

Although Blunt is no stranger to action adventure, having blown audiences away in such films as “Edge of Tomorrow,” she was enticed by the notion of playing a character she hadn’t before explored. “The writing was so good, and Freya was an emotionally complex villain,” she enthuses. “I knew that the part was something I could bite into and that would stretch me.” 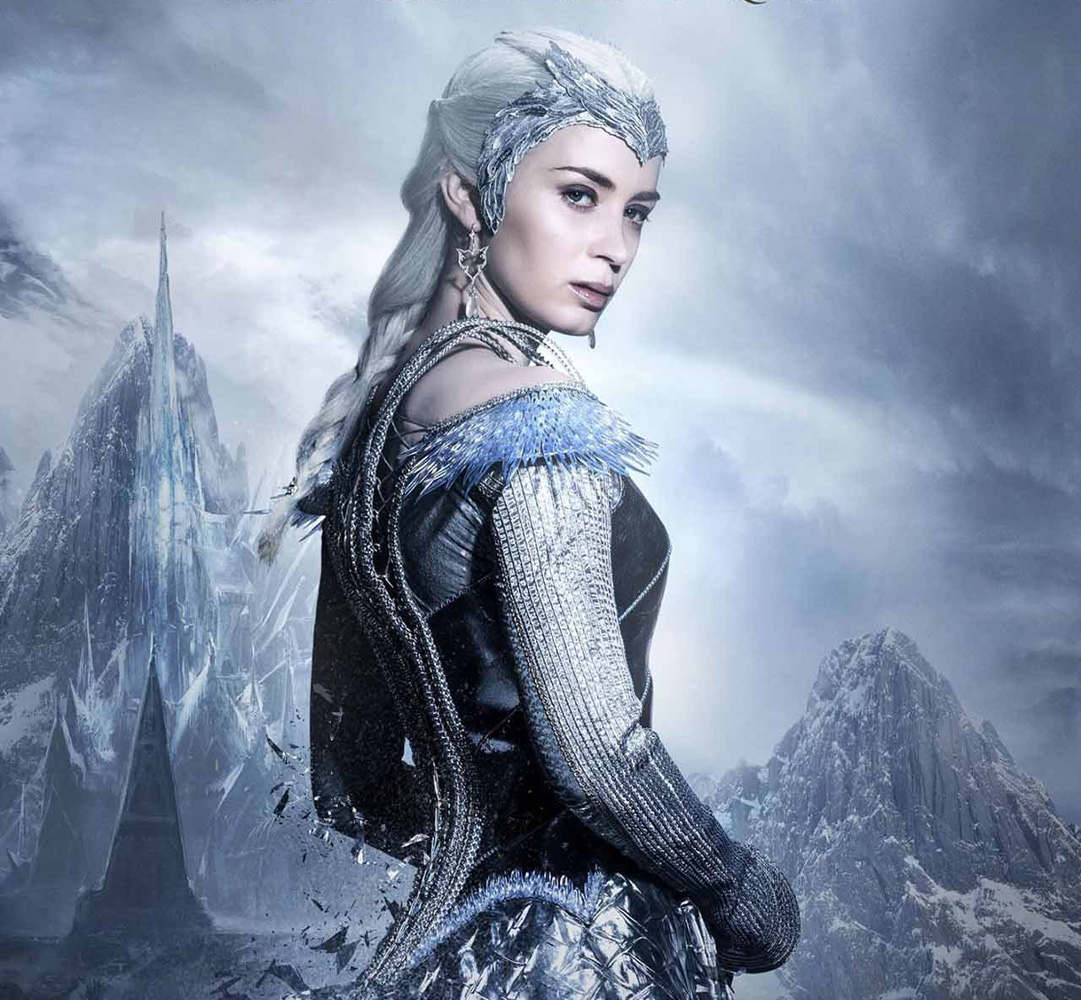 Co-star Chris Hemsworth elucidates that Freya is very different from her sister: “Ravenna is so menacing and unforgiving in her attitude. There wasn’t an ounce of humanity in her. What Emily has done with Freya is show that there’s a remnant of a heart in there, although she’s trying desperately to ignore it. She’s constantly pushing back the warmth and trying to buy into the propaganda her sister has been selling her.”

In a way, her remnant humanity makes her even more threatening. Explains Hemsworth: “It’s menacing in a totally different sense. It’s manipulative, because Freya can be so kind to you one moment, and then in the next she can just snap.”

T.J. Miller, Voice of Emoji with Every Expression in “The Emoji...

Ring in the festivities with big discounts and exclusive promos at...