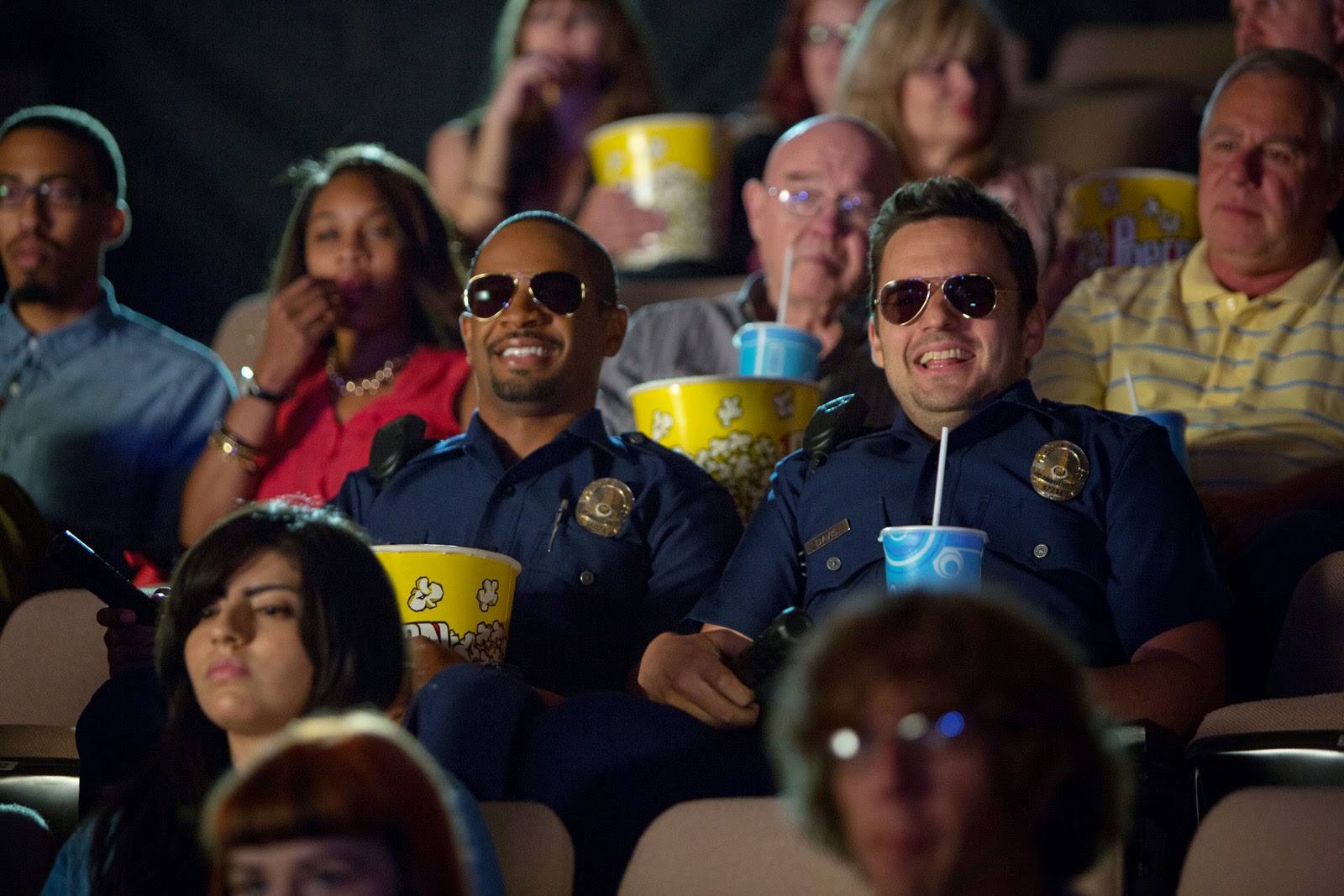 “Let’s Be Cops” trails down-on-luck best buddies Justin Miller (Damon Wayans, Jr.) and Ryan O’Malley (Jake Johnson) have been languishing since their school days ended. Justin toils at a videogame company, where his bosses prefer zombie antics instead of Justin’s recent game proposal that features real-life cops. Ryan, still reveling in his glory days as a college quarterback, bounces from job to job – his appearance in a herpes drug commercial was a career highlight – without success. Until a wrong turn at a masquerade party where they dressed as cops turn out to be their best night ever.

“The two lead characters have no money and their self-worth is gone,” says director/co-writer Luke Greenfield. “Then, all of a sudden, they are street heroes. Their fun masquerade escalates to the point where it starts getting dangerous and they mess with the wrong people.”

The first thing the filmmakers did after getting the production green light was cast the lead characters, Justin and Ryan. They chose two comic actors who were actually close pals.

During pre-production, Greenfield encouraged both actors to get some police training, but to avoid a boot camp-like, ultra-realistic experience. “I wanted them to know just enough about being police officers to get by, just like their characters,” says the director. “They went on a ride-along with police and learned how to fire a gun. Damon is pretty athletic and he became a very good shot. Jake went out with our police advisor and fired shotguns and pistols, while Rob Riggle, who is a former Marine, already knew how to handle weaponry.” 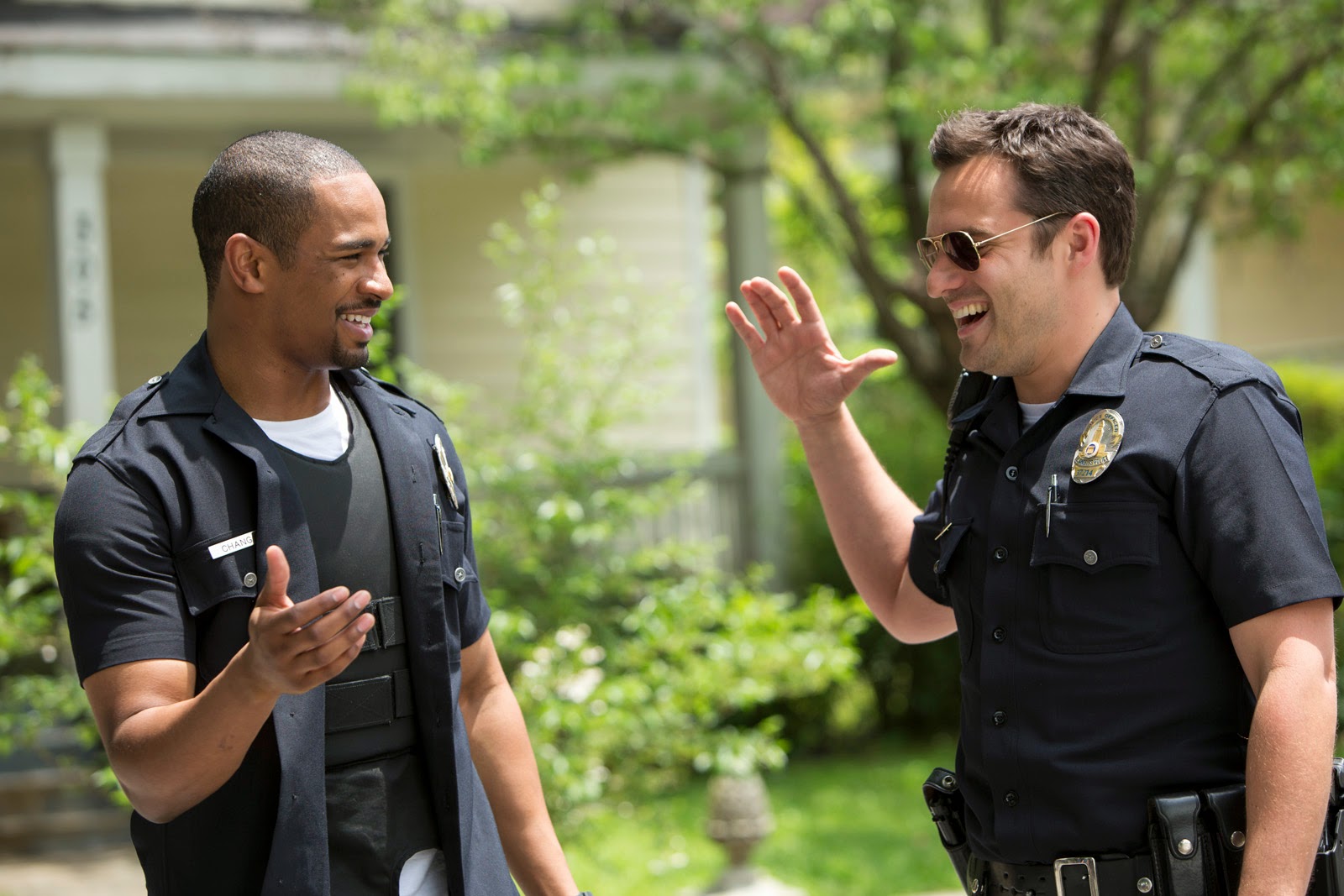 The actors spent a lot of time under the supervision of ace stunt coordinator Steven Ritzi (“Prisoners,” “12 Years a Slave”) to ensure that the film’s pratfalls and gunplay were as realistic – and/or funny – as possible. One of the film’s memorable action scenes sees Johnson and Wayans responding to a police call at a hardware store in the middle of the night. There, the faux cops Justin and Ryan have a run-in with a 350-pound Samoan burglar running amok – wearing nothing but a fierce grin.

“This guy is running at me butt naked,” says Wayans. “I take him down but he lands right on top of me and is climbing all over, putting his behind right in my face. Let me tell you, I took a long shower after that scene.”
But with all the crazy stunts and action, the most important component of the movie is the close relationship between Justin and Ryan, lifetime buddies who may bicker non-stop, but always have each other’s backs.

Wayans describes their characters as, “These guys fight like brothers, and then they make up like brothers. It is their friendship that stood out for me and made me want to do this movie. Luke Greenfield also saw that this film walked a fine line between comedy and action, and he was always great in blending the two while Jake and I ran around, crazily.”

“Let’s Be Cops” opens November 5 in theatres nationwide from 20th Century Fox to be distributed by Warner Bros.

“The Boy Next Door” Has Fatal Attraction in New TV Spots