Facebook
Twitter
Google+
Pinterest
WhatsApp
High-priced, workaholic lawyer Hank Palmer is unquestionably the man every high-class criminal wants by his side in the courtroom. Checking his scruples at the door, he is a master manipulator of the law, and his services are available to the highest bidder; the innocent, he coolly professes, can’t afford him.

Robert Downey Jr. plays Hank Palmer in Warner Bros. Pictures’ moving drama “The Judge.” Directed by David Dobkin (“Wedding Crashers”), the film revolves around a big-city lawyer who returns to his childhood home where his estranged father, the town’s judge, is suspected of murder. He sets out to discover the truth and along the way reconnects with the family he walked away from years before.

Dobkin remembers asking Downey early on, “‘Does your character know he’s in crisis, or does he just feel he’s in crisis?’ His answer was, ‘He knows it, but he doesn’t feel it.’ Hank is aware, on an intellectual level, that he’s unable to have an emotional truth. He’s stuck at a dead end in his life even though he’s at the top of what he set out to achieve.” 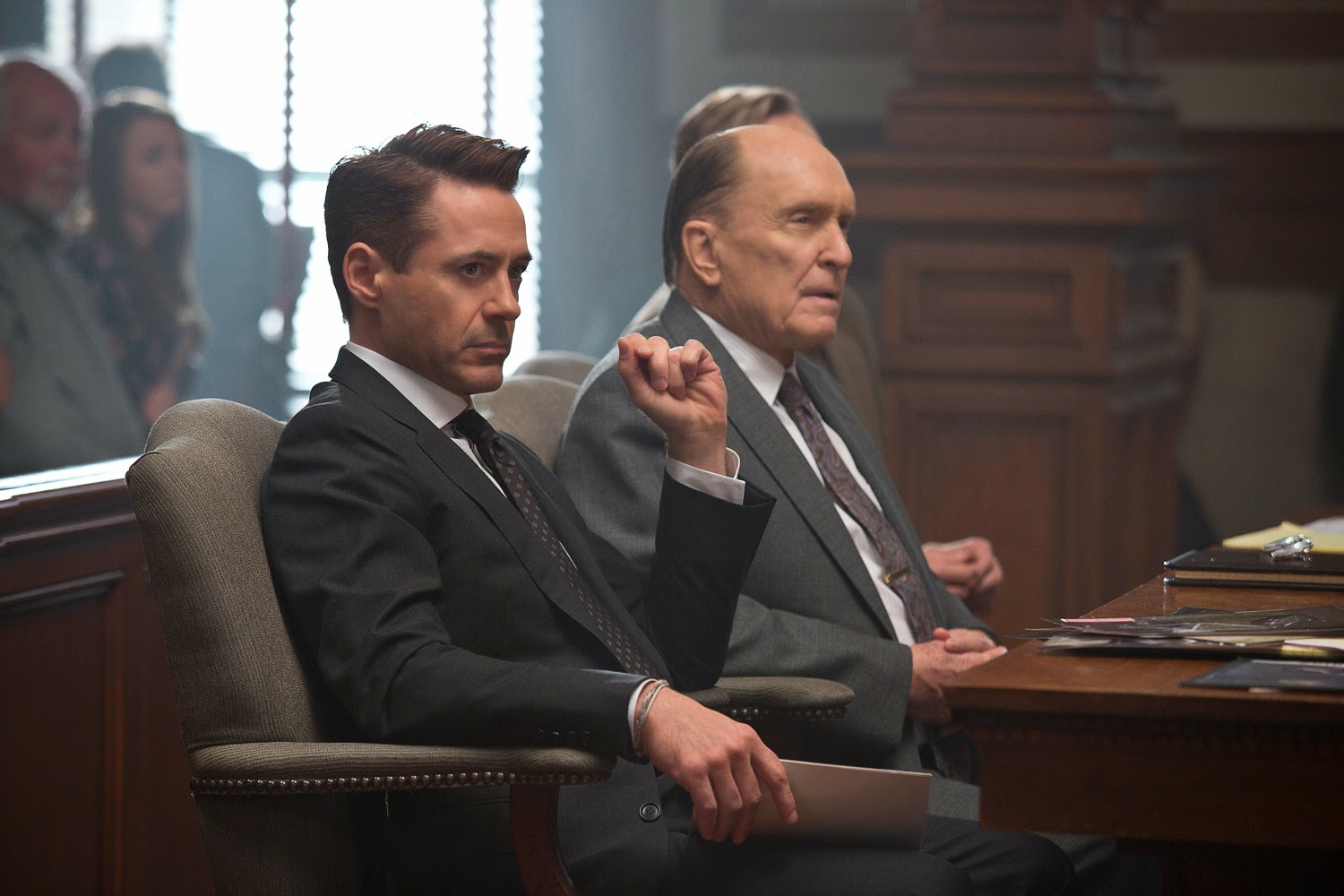 Hank rarely lets his guard down, carefully navigating the prickly relationships he has surrounded himself with, keeping those close to him at arm’s length and allowing in only a few—his mother and his daughter. He has created a strong protective wall around his emotional self, choosing instead to deflect even the slightest opportunity for self-reflection with sarcastic humor and intellectual superiority. Maintaining distance from the source of his earliest wounds keeps any cracks in the wall from spreading…until he is forced to go home again by the loss of his first and greatest source of comfort, his mom.

“One of the nice things about playing Hank is that I get to explore that part of me—of everybody—that just wants to jump out of their seat and run,” Downey shares. “The minute he gets back to his hometown, he’s just looking for a trapdoor to fall through and wind up anywhere else but where he is.

“He’s a pretty shut-down guy,” the actor continues. “He is in his life mentally and physically, but not emotionally; he’s in complete flight from the ramifications of the way he’s behaved emotionally. He is also very accustomed to winning, and a lot of his identity is tied up in that, in his profession, but that doesn’t matter to anyone else. And of course the fact that his father is a judge and Hank’s a big time defense attorney says a lot about him.” 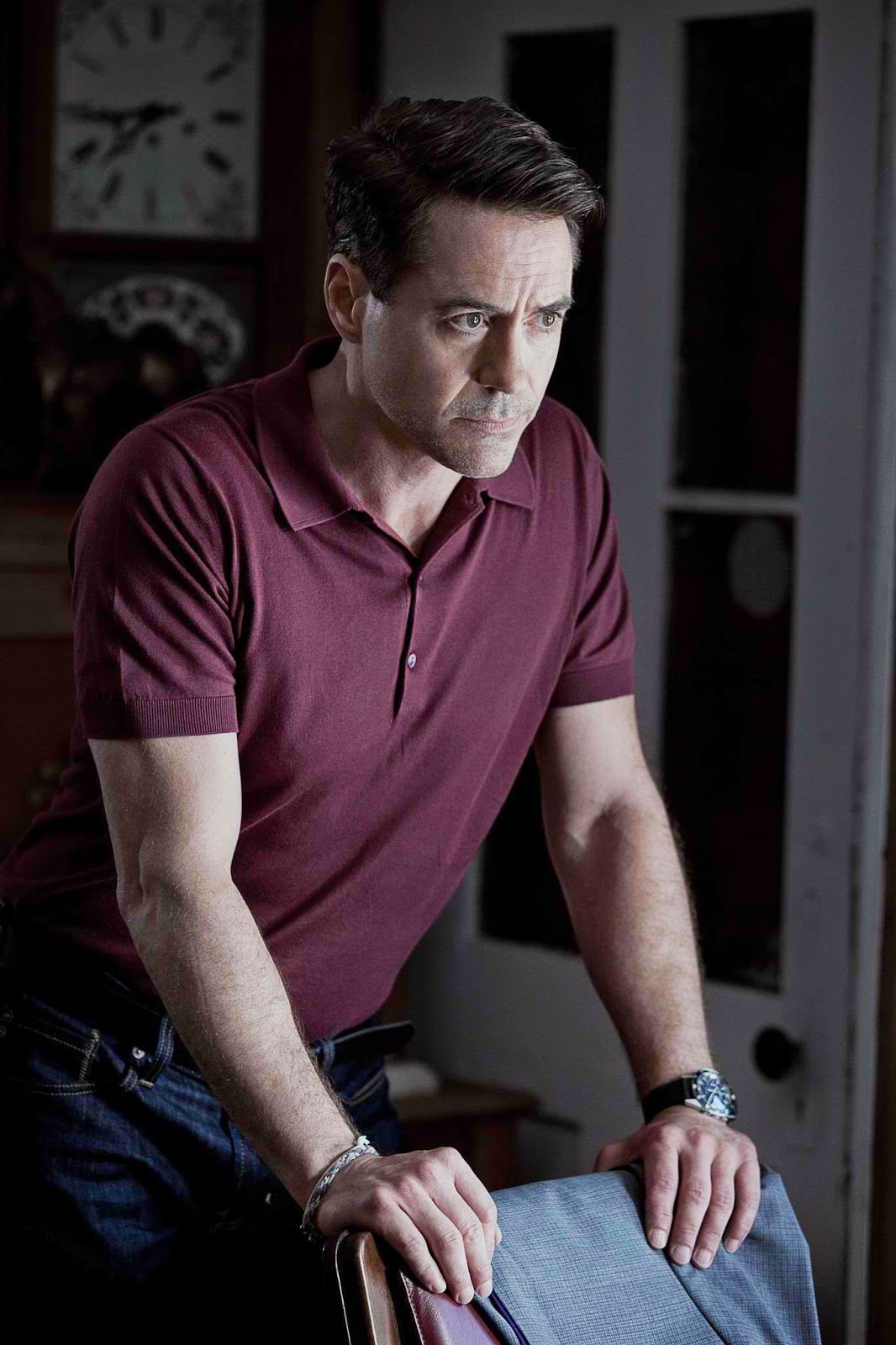 Dobkin admired Downey’s freedom in the role. “It’s a very complex tightrope to walk, to start a movie with a character as broken as Hank is, and to be honest about it,” he says. “Robert is completely unafraid of any kind of scene, or to be disliked the way Hank is early on, because he can play him with enough charm for people to stay with him, to go through the journey he’s on. He’s a beautiful meeting of both comedy and drama, and he has incredible control over the tone of his work. He showed up every day hungry and curious and wanting to make something great.”

“This was an opportunity for me to return to the classic acting of my roots, to see if I could still hit that place of deep emotional resonance like you do in the theater,” Downey says. “Hank is under tremendous pressure, and he just keeps being handed more and more weight and becomes less and less confident, which is not a place he’s used to being, not a feeling he likes at all. When he is certain he’s right, no one will listen; when he’s not so sure, everyone is looking to him for answers. Every day he has to jump through some sort of flaming hoop. I’d never really played a part that had so much to do with salvation and redemption, and that was one of the greatest challenges and joys of playing Hank.”

Opening across the Philippines on Oct. 22, 2014, “The Judge” is distributed by Warner Bros. Pictures, a Warner Bros. Entertainment Company.