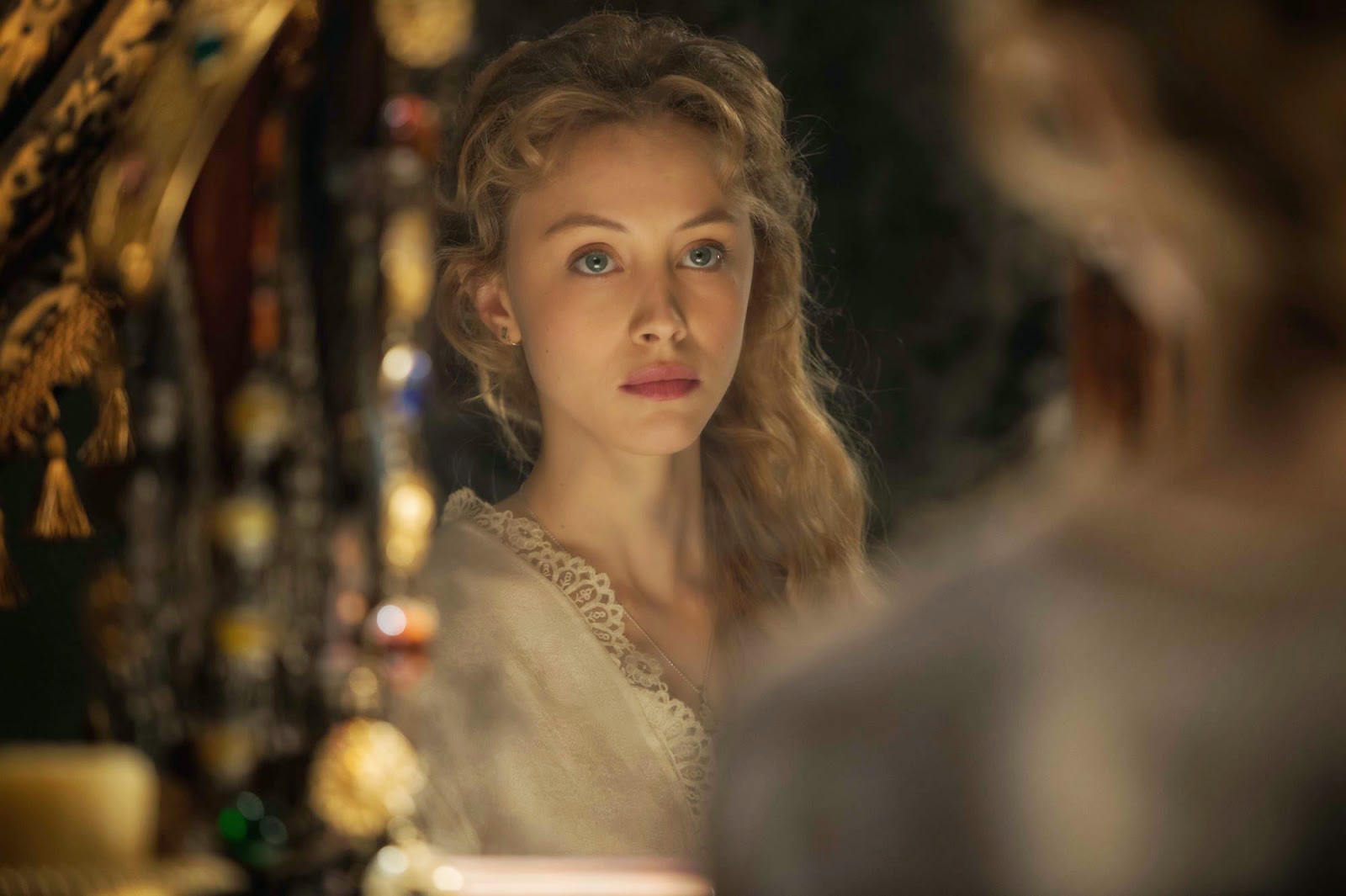 When director Gary Shore began the process of casting Mirena, Vlad’s wife, he had in his mind a woman who was the antithesis of her husband: one who was of purity and light. The director explains: “Mirena is the innocence in all of this. When you see Vlad’s journey to the dark side, you have to have a counterpoint and Mirena is that. She stays pure all the way to the end—pure virtues, pure values. She doesn’t become morally corrupt.”

Although Mirena may not become deficient in her ethics, she is partly responsible for her husband becoming a vampire by pressuring Vlad not to hand over their son, Ingeras (played by Game of Thrones’ Art Parkinson), to Mehmed.

Sarah Gadon agrees with her director: “Mirena is the moral compass of the film. She’s the one who is unwavering in her belief and unwavering in her ideas. Every time her principles are tested, she rises to the occasion and fights for them.” 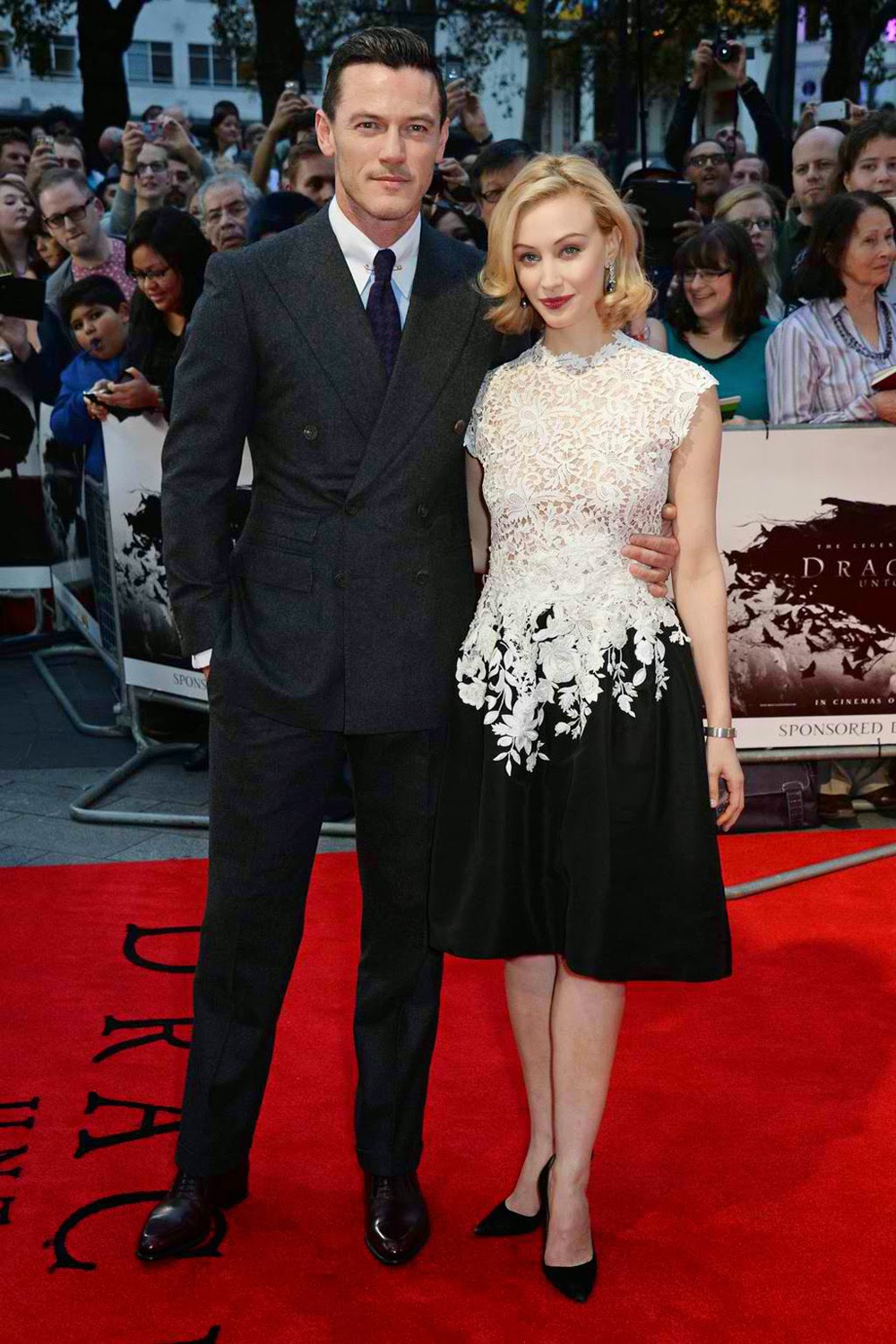 Gadon, knew that her character would have to go to a very dark place to understand Vlad’s transformation. She shares: “Even though this film has a good deal of history, their romance feels very contemporary. Here’s a warrior, a prince, a fighter and a leader going out and risking his life for his people and his family, and that makes sense to a contemporary family. Think of Army wives and soldiers going off to war. That made us feel as if the story was real and weighted in reality.”

During the casting process, the Canada native shined among her peers, and the decision to cast her came down to her presence. Shore commends the film’s leading lady: “There is something very old Hollywood about Sarah, something classical. She complemented that balance I wanted to get between the dark and brooding and the light and purity. She nailed it.”
“Dracula Untold” begins in the year is 1462, and Transylvania has enjoyed a prolonged period of peace under the just and fair rule of the battle-weary Vlad III, Prince of Wallachia (Luke Evans), and his beloved and brave wife, Mirena (Sarah Gadon). Together, they have brokered peace for their country and ensured its people are well-protected, especially from the powerful Ottoman Empire—an ever-expanding scourge that has its sights on global domination.

But when Sultan Mehmed II (Dominic Cooper) demands 1,000 of Wallachia’s boys—including Vlad’s own son, Ingeras (Art Parkinson)—be torn from their parents’ homes and forced to become child soldiers in his army, Vlad must decide: do the same as his father before him and give up his son to the sultan, or seek the help of a monster to defeat the Turks but ultimately doom his soul to a life of servitude.

Vlad journeys to Broken Tooth Mountain, where he encounters a foul demon (Charles Dance) and enters into a Faustian bargain—one that gives the prince the strength of 100 men, the speed of a falling star and enough power to crush his enemies. However, he will be inflicted with an insatiable thirst to drink human blood.

If by the end of three days Vlad manages to resist, he will return to his former self, and perhaps in that time manage to save his people. Though should he drink, he will be forced to dwell in the darkness for the rest of his days, feeding only on the blood of humans…and destroying all that he holds dear.

Opening across the Philippines on October 15, “Dracula Untold” is distributed by United International Pictures through Columbia Pictures.

A Father Searches for Three Missing Sons in “The Water Diviner”