Award-winning Max has been known for his works in “Gladiator” (2000) and “American Gangster” (2007). He was awarded a BAFTA for Best Production Design for Gladiator in 2000. As production designer his other credits include “G.I. Jane”, “Black Hawk Down,” “Kingdom of Heaven,” “Body of Lies,” “Robin Hood,” “Prometheus” and “The Counsellor” – all directed by Scott – “Se7en” and “Panic Room.”

Max and Ridley’s collaboration started on a cola commercial that Ridley’s company was making 25 years ago. “Ridley’s the best. He comes from the art department himself. He was a production designer before he directed, so he’s our best friend and he’s very interested in what we do,” Max enthuses.

Filmed in 3D, Scott’s “Exodus: Gods and Kings” will tell the story of Moses, abandoned by a desperate mother as a baby after the Egyptian rulers orders the murder of all boys born to slaves. The boy is found in the bulrushes by the Pharaoh’s daughter and raised in the royal household, where he grows up alongside Ramses, the future monarch. As a man, Moses has a vision and turns his back on his privileged life and leads his people, the Israelites, from enslavement. Scott’s film will feature ground-breaking special effects, including the plagues visited upon Egypt and the parting of the Red Sea. Filmed at Pinewood Studios in London and on location in Almeria, Spain and Fuerteventura in the Canary Islands, “Exodus: Gods & Kings” is the reimagining of one of the greatest stories ever told by one of the best filmmakers working today. 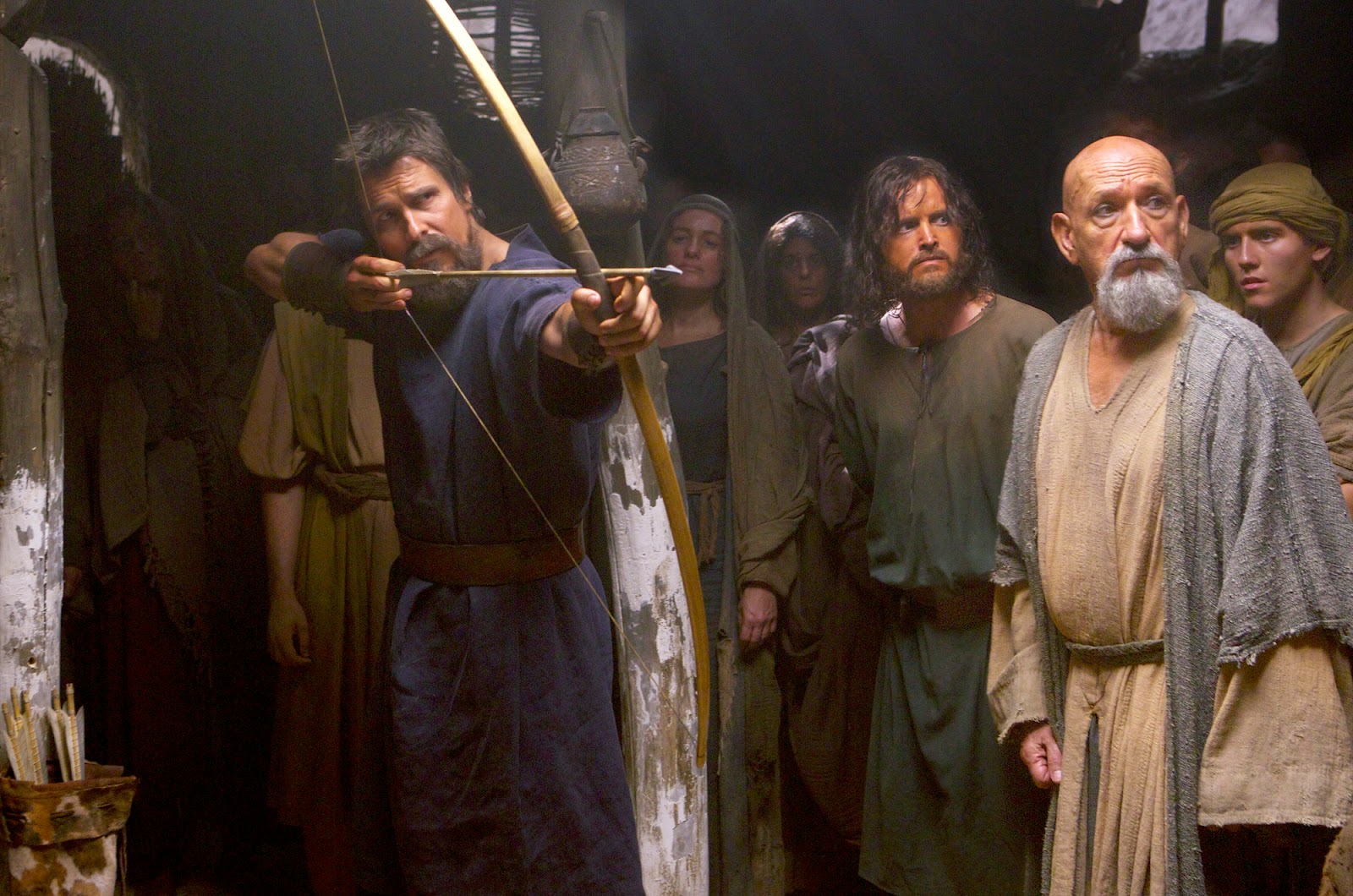 Oscar winner Christian Bale leads a stellar cast as Moses with Aaron Paul (“Breaking Bad”) as Joshua, a former slave who becomes his right hand man in the uprising. Joel Edgerton is Ramses, the ‘living God’ who sees Moses, raised as his brother, lead a rebellion against him. Sigourney Weaver, Sir Ben Kingsley, Joel Edgerton and John Turturro also star in the movie.

Featuring groundbreaking special effects, including the plagues that visited Egypt and the parting of the Red Sea, Arthur Max further shares five interesting facts while filming “Exodus: Gods and Kings,” read on to find out what they are:

1. His team planted 50 palm trees in one of the film’s locations, Almeria, Spain in place of the dead trees found before the filming started.
2. The set in Spain is so huge that it is even bigger than 20th Century Fox lot in Los Angeles.
3. The 400 frogs in the plague scenes were real (from UK) and they had to hire eight frog wranglers too.
4. No fake background, the movie was filmed in 360° environments with walk throughs and steady cameras.
5. The filmmakers experienced biblical wind in combination with the most amazing sunset skies that the visual effects department caught on photographs and on film.