More than 30 years after the first film debuted… more than 25 years after ghosts were last busted on screen… the long wait is finally over. “Ghostbusters” is returning to theaters, with a new team and new characters in a new adventure.

The new film began with director Paul Feig, who, as the creator of “Freaks and Geeks” and the director of “Bridesmaids,” “The Heat,” and “Spy,” has built an impressive comedy resume of some of recent years’ most successful, groundbreaking, and memorable comedies. Given the opportunity to reboot the franchise, it was Feig who saw a way to bring one of his personal comedy influences into the 21st century. 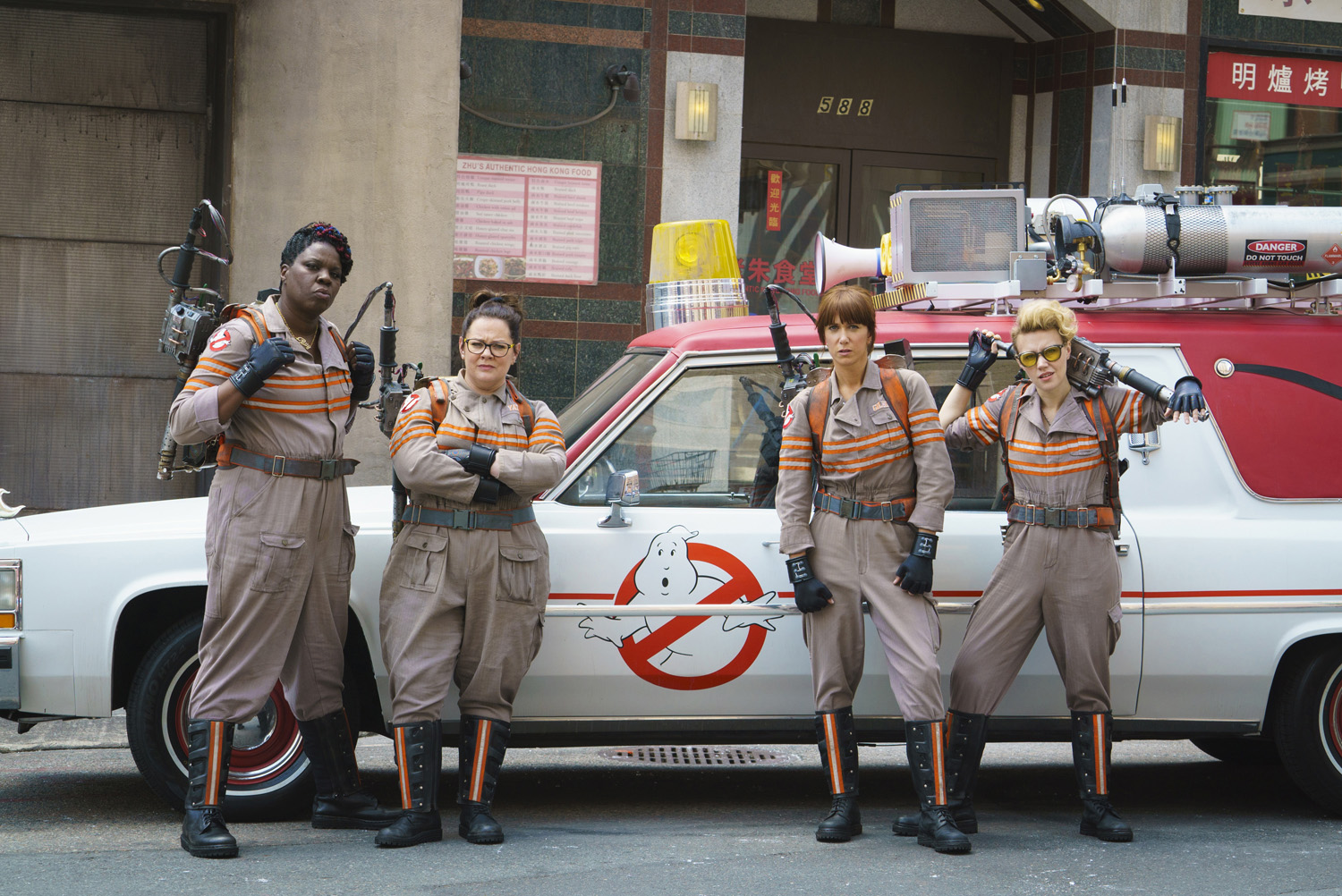 “I was an enormous fan when `Ghostbusters’ first came out,” he says. “I saw it the opening weekend in the theater and had honestly never seen a comedy do what that movie did to that audience. People, including myself, just lost our minds, not only because it was funny. It was the funniest people – we all loved Bill Murray, Dan Aykroyd, Harold Ramis, and Ernie Hudson, so seeing them together – this supergroup of funny guys – made it even better. But the thing that put it over the top was the context of an enormous world of fighting ghosts with technology…that’s the greatest idea in the world. It’s one of these things that make you say, ‘I wish I had thought of that idea.’”

Naturally, the idea for another “Ghostbusters” – as a sequel – was one that had been explored for quite a while. “I’ve always wanted to do another sequel,” says Ivan Reitman, who directed and produced the first two iconic films in the franchise, and now produces the new film with Amy Pascal. “It’s one of those movies that you should revisit and I was really hoping that I could do it. But unless we all agreed on something, it wasn’t going to get done. Getting four people – especially these four people – to agree was kind of impossible. And then, unfortunately, we lost Harold.”

With the passing of Harold Ramis in 2014, the studio and Reitman began to look for a new comedic talent to take the helm of a future film. That’s when Feig entered the picture. “I knew they’d been trying to put together a sequel for a long time,” says Feig. “I started wracking my brain. Funny people fighting the paranormal is still the greatest idea ever, and it felt like there was still so much to explore outside the worlds of the first two films. I thought, ‘How would I do it?’ Well, I’d make it with the four funniest women I know. That excites me, because it makes it something new.”

Reitman was excited about the opportunities for comedy in Feig’s idea. “What’s really exciting about Paul’s take is that it’s not about the gender,” he says. “It’s the friendship of four particular characters as they do something extraordinary.” 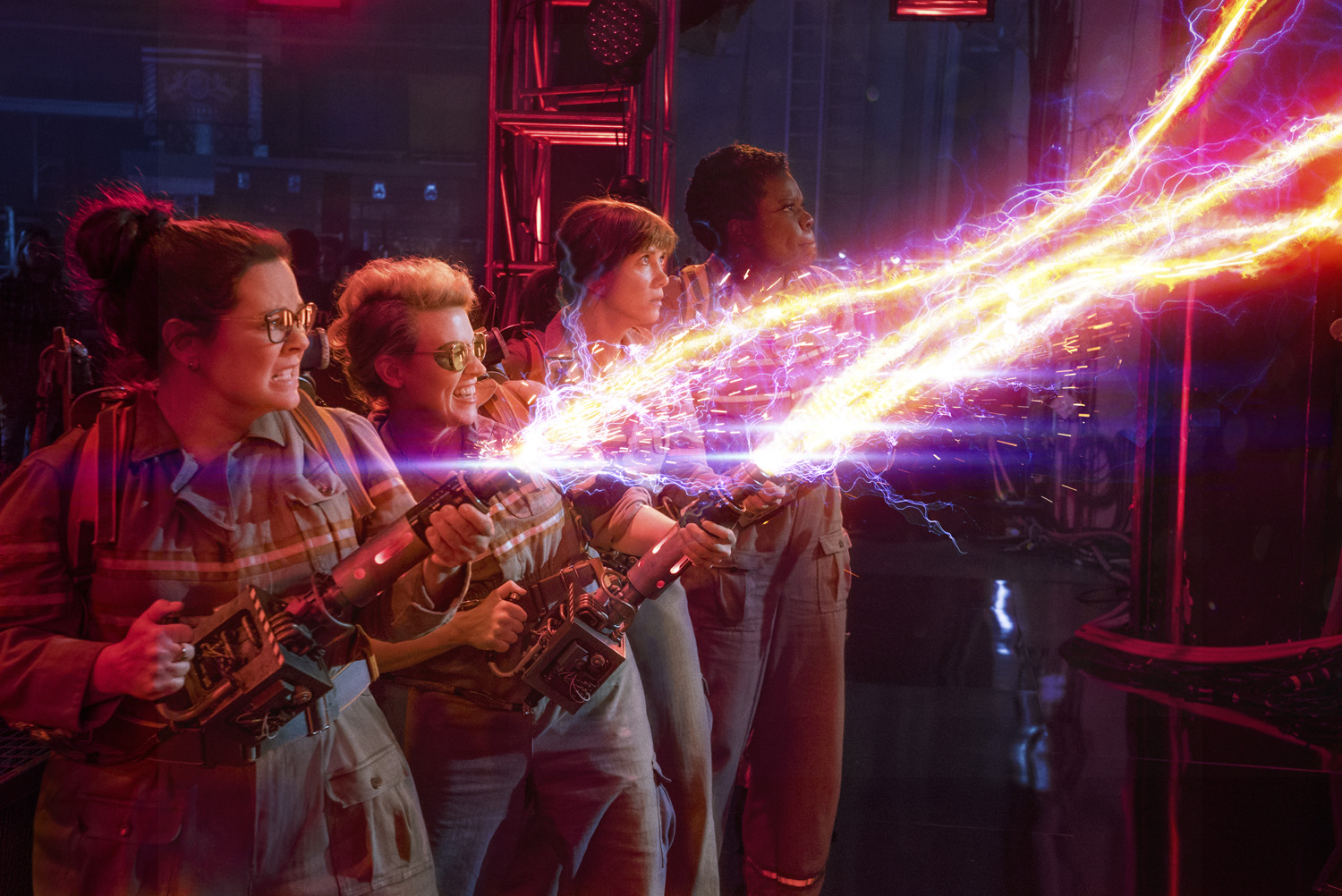 “At first, we spent a lot of time talking about what we wanted the script to be,” says screenwriter Kate Dippold. “There were so many different creative debates – what elements of the original do you want to see again? What should feel new? Then we talked about the story and the characters. Nobody wanted to do remakes of the original characters – Venkman will always be Venkman. So we came up with four new characters of our own.”

“Paul was intent on making a movie that lived up to the spirit of the original but had a new reason for being,” says Amy Pascal. “It always comes down to the characters, and that is what Paul has always been brilliant at creating.”

It was in this way that Feig approached the film as an entirely new story as a new team answers the call. “I wanted the movie to start with our world today – a world that has never seen ghosts that we can prove,” says Feig. “Our Ghostbusters have dedicated their lives to scientifically proving ghosts exist, but they’re considered loonies, because there’s no physical proof. But when they actually get to see the ghosts they’ve been trying to see for their whole lives, they’re going to prove that their whole lives’ mission was correct. They all have this common goal, and they complement each other.”

So, Dippold and Feig created new characters who would mesh well as a team. He explains: “Abby is the paranormal expert; she’s dedicated her life to studying ghosts. Erin is the physicist, who tries to bring a scientific grounding into it. Holtzmann, the engineer, can take the concepts that Abby and Erin come up with and actually build the physical equipment to fight them. And finally, Patty joins the group as the newcomer who knows the ins and outs of New York City, which will be one of the keys to solving where the ghosts are and what’s happening to Manhattan.”

“You’ve seen men as comedic eggheads but it’s been a long time since have women been portrayed as funny scientists,” says Pascal. “It was a fresh and unique take on the material that needed to be told.”

Dive into the enthralling world of Sahaya beginning March 18 on...