From torches and candles to LEDs. Street lamps, headlights, neon, flares. Since the origin of our existence, humans have sought ways to escape the encroaching shadows and the frightful things they conceal.

“We’re all terrified of the dark,” offers “Lights Out” producer James Wan, master of the horror and thriller genres. “As kids, we were convinced something was hiding in the closet or under the bed, and that stays with us. It’s universal. This movie really plays on that simple concept, and that’s the brilliance and the fun of it.” 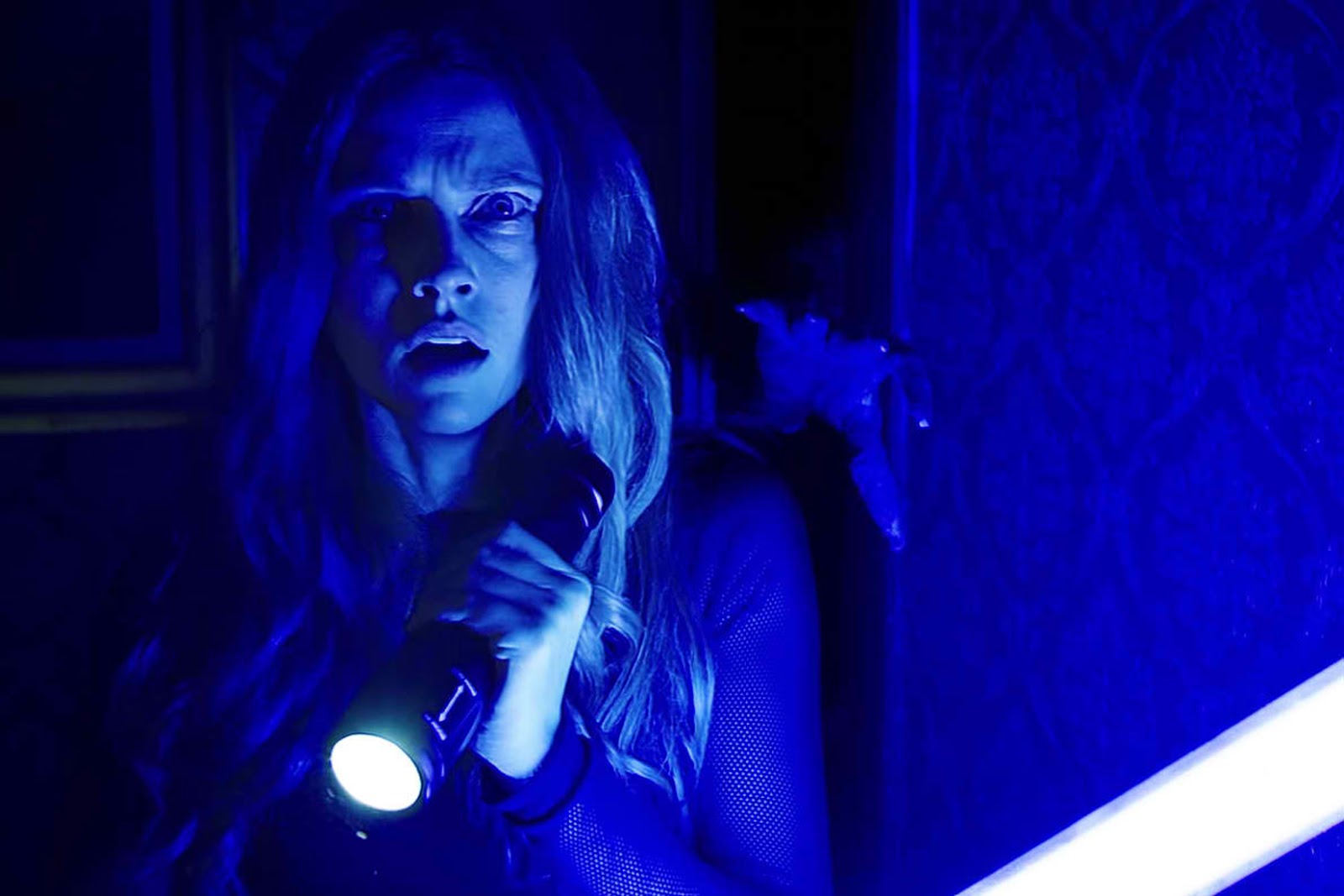 But beyond fear and foreboding, what if there truly was something malignant that lived in the dark? Something whose very existence depended upon that opaque cover and drew strength from our terror? Our only defense would be some comforting source of light; our lives would hang on the reliability of a switch, the current in those overheads, the batteries in that flashlight.

Now it’s right in front of you. Reaching out with charred fingers, breathing on your face…
Look out!

“People have been afraid of the dark probably since the dawn of time,” says director David F. Sandberg. “It’s something even I feel in my bones. So, rather than deny that impulse, we’re saying, ‘You were right. You were right to be afraid, because there is something there.’ We took that fear and created a monster out of it.” 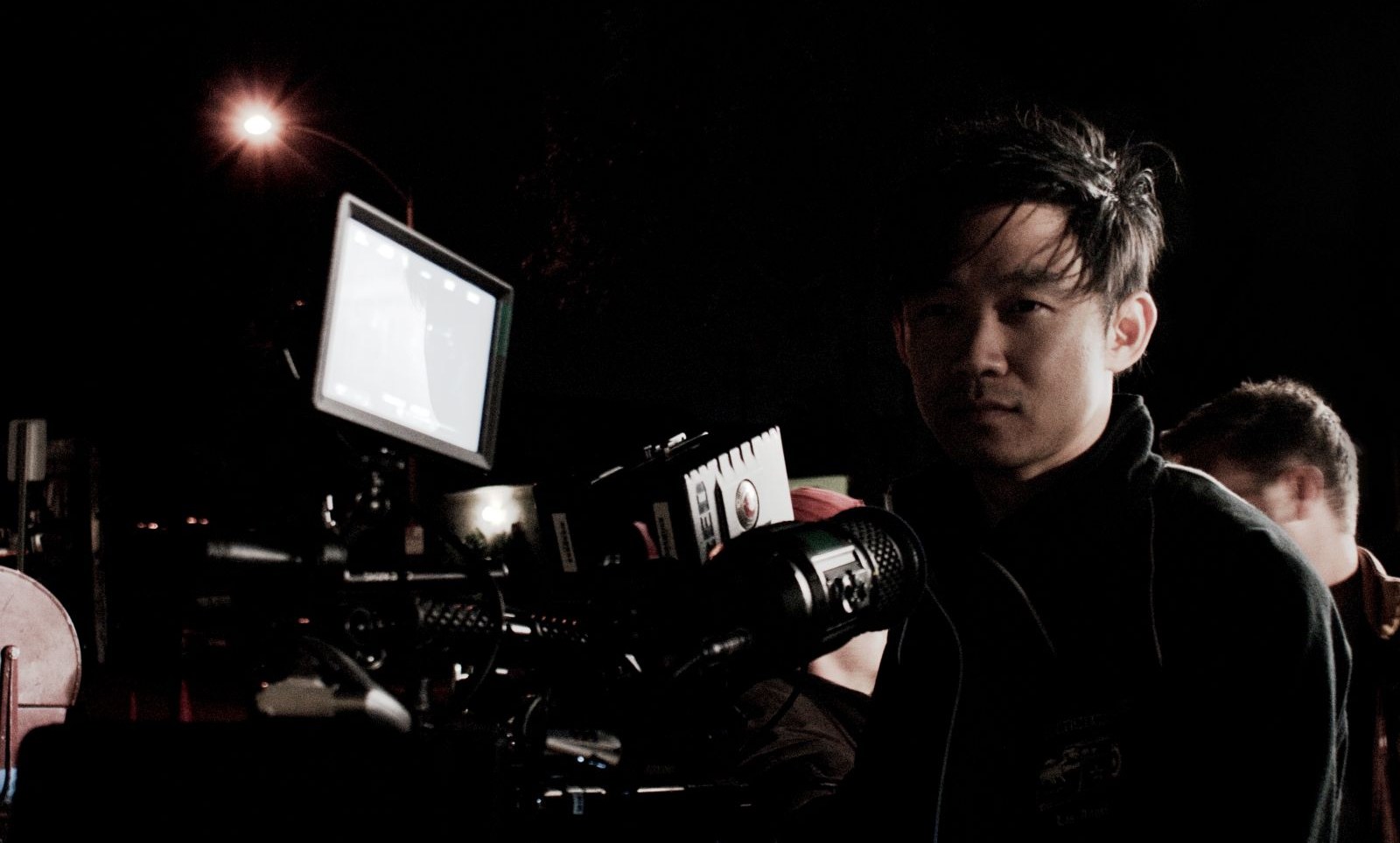 Making his feature film debut with “Lights Out,” Sandberg has written and directed a slate of short films with deliciously disturbing titles like “Closet Space” and “Attic Panic,” and earned a throng of internet devotees who expect him to scare the wits out of them. “Lights Out” is based on Sandberg’s recent horror short of the same name, and it was both the quality and the impact of that insomnia-inducing gem that brought the young Swedish filmmaker to the attention of Hollywood.

“I remember watching it and thinking, ‘this is fantastic, this is really cool, the kind of stuff that I used to do when I was an aspiring filmmaker myself,’” Wan says.

Producer Lawrence Grey recounts: “It was only about a year ago that David made the short in his apartment in Sweden and uploaded it to social media, where it started getting a lot of buzz. It was incredibly powerful and frightening. I see a lot of films, but this one really stood out. It has north of 100 million views now, so I wasn’t the only one who felt that way.

“I contacted David and we started talking about making a movie and who would be the best partners for it,” Grey continues. “My top choices were Eric Heisserer, a phenomenal writer, who became our screenwriter and a producer, and James Wan, who’s just a force of nature, full of creative energy. They were both very excited about the idea, so it was a dream team from the start.”

Heisserer, who counts “Final Destination 5” and the “Nightmare on Elm Street” reboot among his credentials, calls Sandberg’s prototype effort “a remarkable piece of cinema that affected my lizard brain, just got down to my primal fears in a visceral way, as it did for so many viewers around the world. I think it’s a holdover from our ancestors long ago, that anything moving in the dark is predatory. Expanding this idea into a full-length film, the core of it was Diana and what she represents.” 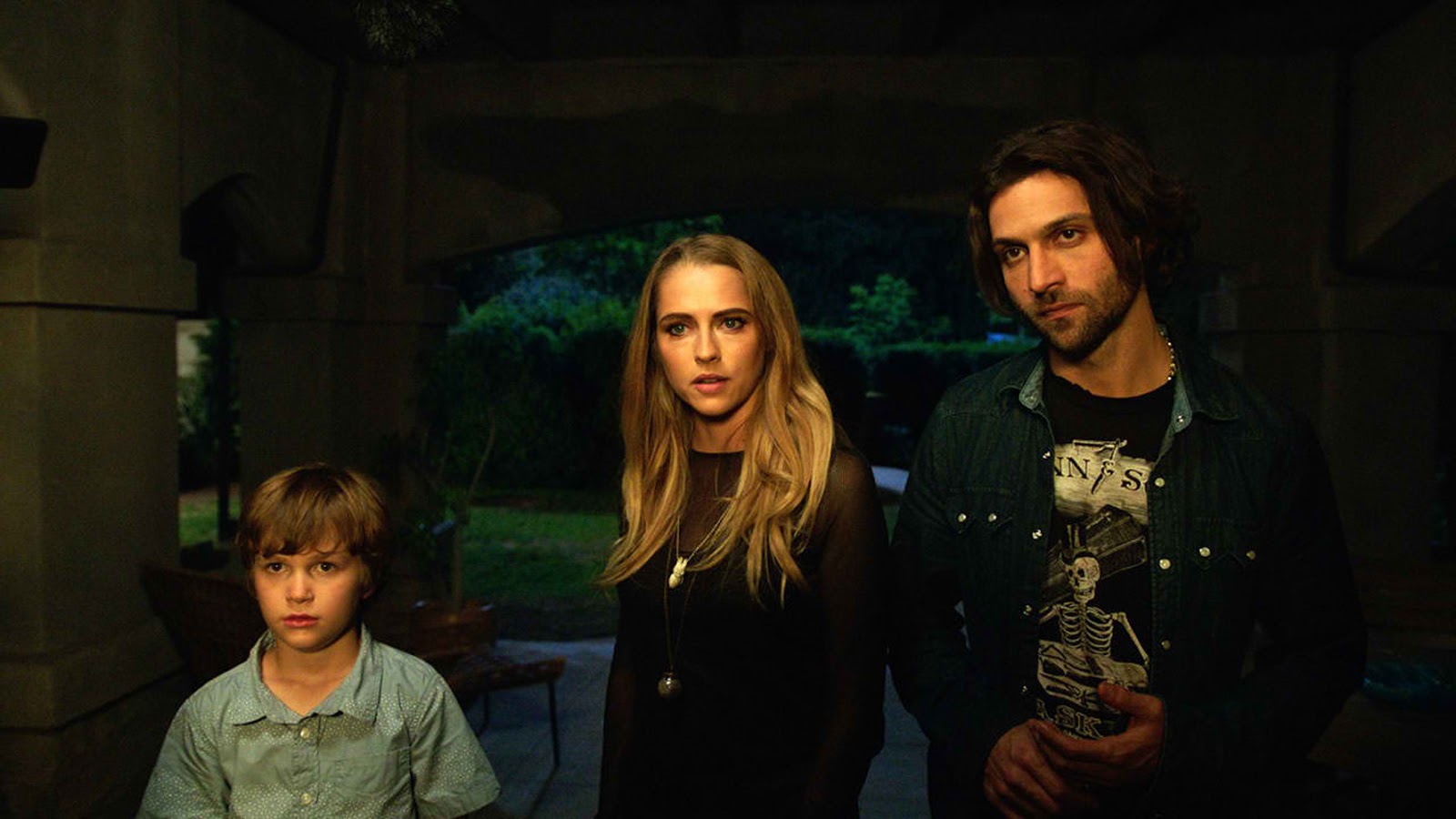 Their intent was not to remake the short, but to draw from it an original demon with its own sinister logic and agenda. Heisserer explains, “We created a whole new mythology with this character. David crafted some signature scares and there were ideas I built on to explore light and dark in new and inventive ways. The important thing was making sure the concept of Diana played out effectively.”
Equally important was capturing what made Sandberg’s model so jump-out-of-your-skin scary, born of the director’s passion and insight, as well as those unexpected glints of humor that horror fans love. “It’s essential to find a director who understands how to construct fright scenes and how to build tension and suspense, and it was clear to us from his work that David has the instinct for it,” says Wan, who delights in encouraging new talent. “Speaking as a producer, and as someone who has a bit of experience in the genre, you want to be there to provide the right tools but, really, we wanted to give David the freedom to make the movie he wanted to make. It’s his movie and his unique vision, and he did a terrific job.”

Drilling further into the story together, Sandberg, Wan, Heisserer and Grey imagined the impetus of an entity that manifests only in the dark, and the ways in which it seeks to destroy anyone who stands in the way of what it wants. Thus fully fleshed out, “Lights Out” takes on additional depth and levels of darkness, and offers characters who are not merely victims but, rather, well-drawn individuals audiences can relate to, empathize with and root for.