July 14, 2016 – IMAX Corporation and Sony Pictures Entertainment today announced that Sony Pictures’ highly anticipated summer tentpole “Ghostbusters,” from director Paul Feig, will be digitally re-mastered into the immersive IMAX® 3D format and released into IMAX® theatres in the Philippines on Friday, July 15 (simultaneous with the nationwide opening in 2D and 3D cinemas).

“This Ghostbusters film is not only hilarious, it has the kind of action and spectacle that the IMAX format was made to showcase,” said Rory Bruer, President of Worldwide Distribution for Sony Pictures. “We’re thrilled that audiences will have the chance to experience this incredible movie in IMAX.”

Director Paul Feig utilized the big-screen technology with his four paranormal investigators, saying it takes the comedy to “the next level,” balancing all the funny with a giant scope, while also giving audiences “that lost giant movie-house experience.”

“What I love about IMAX is it really creates this weirdly intimate experience between you and the characters,” says Feig. “You really get pulled into the screen because the screen is everywhere — it is your entire field of vision. And the IMAX experience really does what we as filmmakers desperately try to do, which is to pull an audience into a film and make them forget about the outside world for the two hours that they’re with us.”

“Ghostbusters is a cultural phenomenon, and we look forward to bringing this exciting re-imagining to IMAX® 3D theatres around the world,” said Greg Foster, Senior Executive Vice President, IMAX Corp. and CEO of IMAX Entertainment. “Sony has assembled a hugely talented team of filmmakers which has created a film with amazing scope and scale in which the stunts, the thrills and, of course, the laughs will all be bigger in IMAX.” 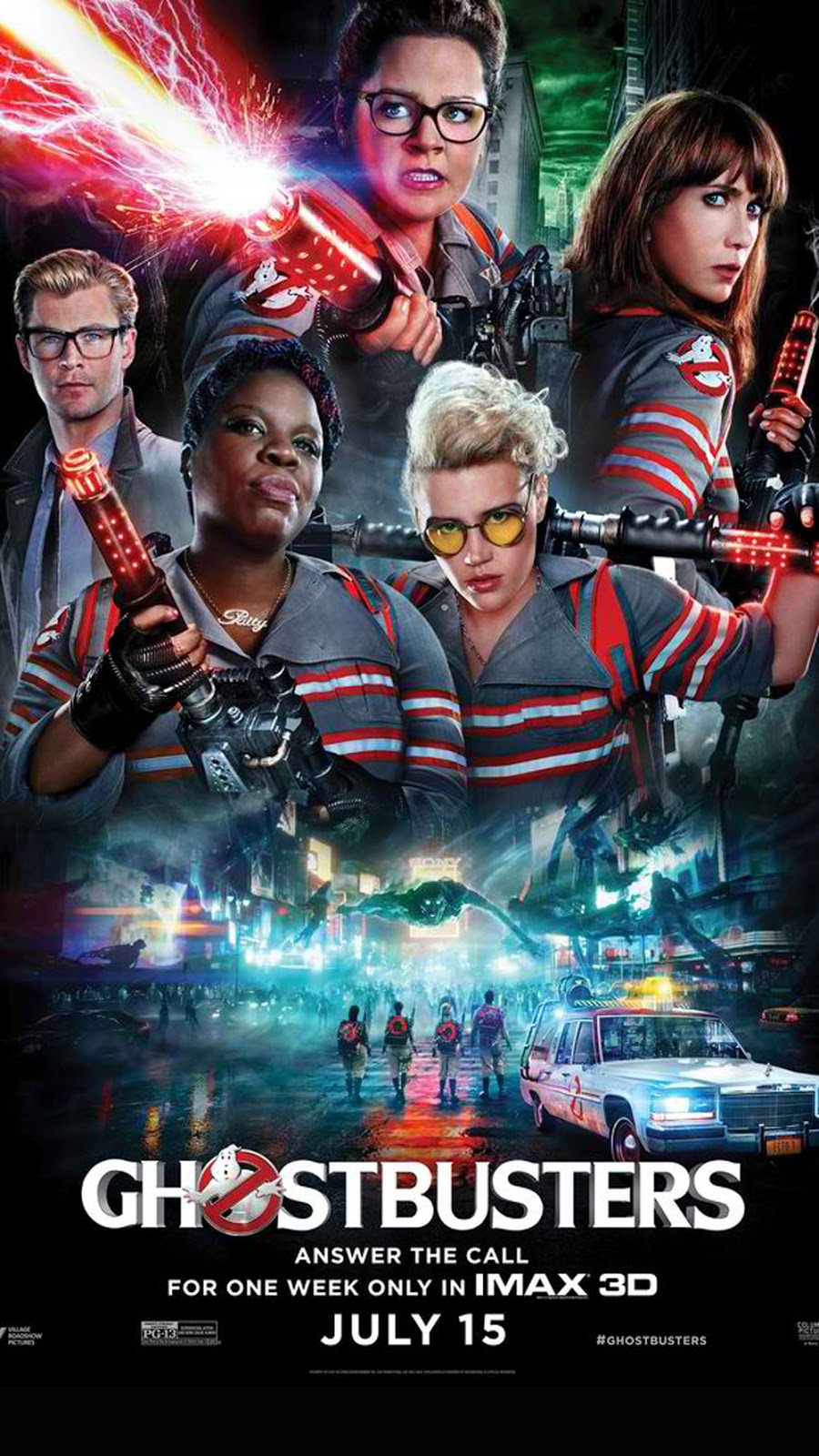 The IMAX® 3D release of Ghostbusters will be digitally re-mastered into the image and sound quality of The IMAX Experience® with proprietary IMAX DMR® (Digital Re-mastering) technology. The crystal-clear images, coupled with IMAX’s customized theatre geometry and powerful digital audio, create a unique environment that will make audiences feel as if they are in the movie.