Academy Award winner Christian Bale, widely known for his unforgettable portrayal as Batman aka Bruce Wayne in “Batman Begins,” “The Dark Knight” and “The Dark Knight Rises” once again puts on his heroic garb in the staggering biblical epic ever to be produced in Ridley Scott’s “Exodus: Gods and Kings.”

Filmed in 3D, Scott’s film will tell the extraordinary story of Moses. Abandoned by a desperate mother as a baby after the Egyptian rulers order the murder of all boys born to slaves, he is found in the bulrushes by the Pharaoh’s daughter and raised in the royal household, where he grows up alongside Ramses (Joel Edgerton), the future monarch. As a man, Moses has a vision from God and turns his back on his privileged life and leads his people, the Israelites, from enslavement. Scott’s film will feature ground-breaking special effects, to visualise some of the more fantastic elements of the story including the plagues visited upon Egypt and the parting of the Red Sea.

“It’s about two brothers – not by blood, but by bond – who grow up together, but become absolute enemies, and surprise each other. We kind of presented them as two atheists, who understand the necessity for the Egyptian pantheon of gods in order to rule powerfully and effectively,” says Bale.
“Then suddenly you get one, Moses, who is exiled, who experiences this purification in the desert, who has a calling, and who returns, compelled by God, by a voice that is telling him what to do.

“Then you get the other character, Ramses, who has always been sceptical, but now that he is actually the Pharaoh, he’s really starting to convince himself that it’s true – that he is a living god – and he’s enjoying that. “It’s an unstoppable force and an immovable object. You’ve got one guy who is compelled by the voice of God, telling him to liberate, and the other one, who has come to believe he is a god, and that sets up a wonderful confrontation.”

Scott, and screenwriter Steve Zaillian (Schindler’s List, Moneyball) who wrote the script with Bill Collage and Adam Cooper, have remained true to the Biblical story of Moses whilst using the very latest tools available to a modern filmmaker to realise some of the more fantastical elements. “I can’t predict what religious audiences will feel,” says Bale, “when there is a story that is so intensely personal.” “It’s beyond that thing of making a film based on a book. Even in those circumstances, you so often find people saying, ‘I just cannot get into the film because that’s not how I pictured it.’

In notable roles are Sigourney Weaver, John Turturro, Ben Kingsley and Aaron Paul. Weaver plays Tuya, mother of Ramses, first wife of Pharaoh Seti. Star of the director’s seminal film, “Alien,” Weaver later worked with Scott on the historical epic 1492: Conquest of Paradise. She says of reuniting with Scott: “It feels like no time has passed at all. I still see this brilliant man, in command of how to make his vision on screen.”

Of her role, Weaver notes that, “It’s been hard for Tuya to watch Moses be Pharoah Seti’s favorite,” Weaver continues. “Ridley refers to her as a panther, and although Tuya could be viewed as evil, to me she is a very good mother. Tuya knows how much support Ramses needs, even though he won’t admit it. Ramses loves Moses and struggles to do the right thing by him, but he and Tuya are unnerved by Moses’ closeness with Pharaoh Seti. People may see Tuya as a bit of a villain but she is not. She is protecting her son.” 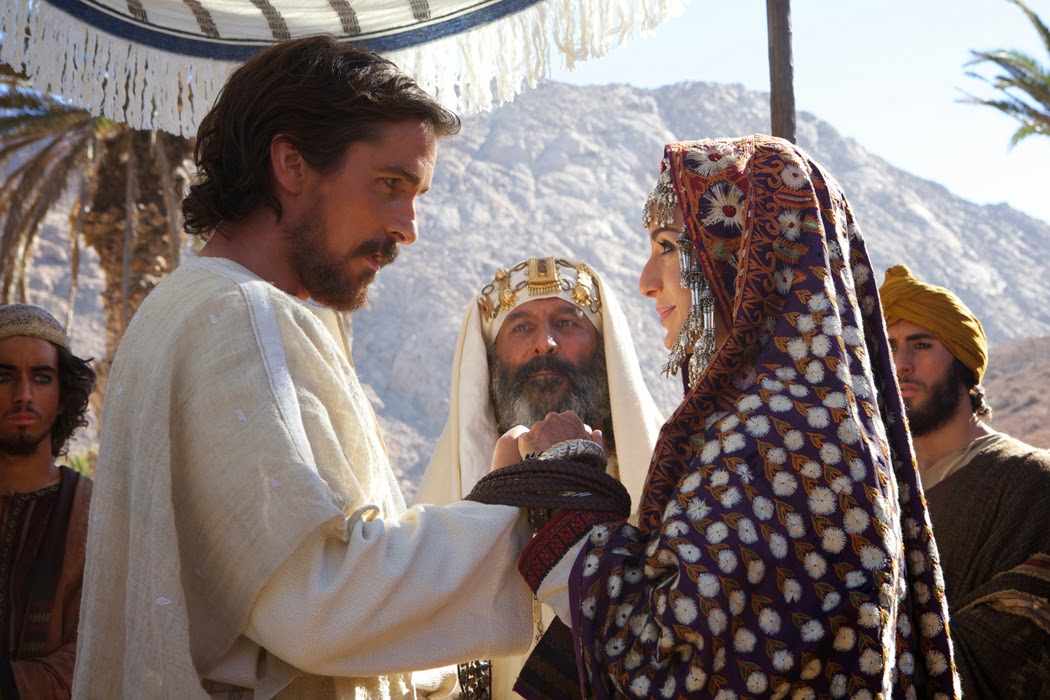 John Turturro portrays Tuya’s husband, Seti – ruler of Egypt, father to Ramses and father figure to his nephew Moses. “Seti has held power for too long, and that’s a burden for him,” says the acclaimed actor. “He has a closer relationship with Moses than with his own son, Ramses, and he would have preferred that Moses take his place as Pharoah, but Seti knows this cannot happen.”

Ben Kingsley is Nun, a Hebrew scholar and spiritual leader of the slaves. Says Scott: “Nun unmasks Moses with the truth, and starts the chain of events that leads to his exile.” Scott feels lucky to cast Kingsley, who several years ago played Moses in a television miniseries. “Ben is a chameleon, clever and adept. There is an iron-cast center to him that was perfect for the role.”

Aaron Paul’s role in the landmark television series Breaking Bad earned him legions of fans, and a Primetime Emmy® Award. As the show reached its conclusion after six seasons, he was approached to play Joshua, a Hebrew slave who helps Moses lead the Hebrews out of Egypt.

“Exodus: Gods and Kings” delivers a new perspective on this time-honored tale of Moses as heroic and human as he led God’s people out of slavery and at its very heart is a story between two men raised as brothers with very different destinies.

Prepare for the staggering epic onscreen when “Exodus: Gods and Kings” opens in Philippine cinemas on December 5 (Friday) from 20th Century Fox to be distributed by Warner Bros.

Be confident in the workplace with McJim Classic Leather