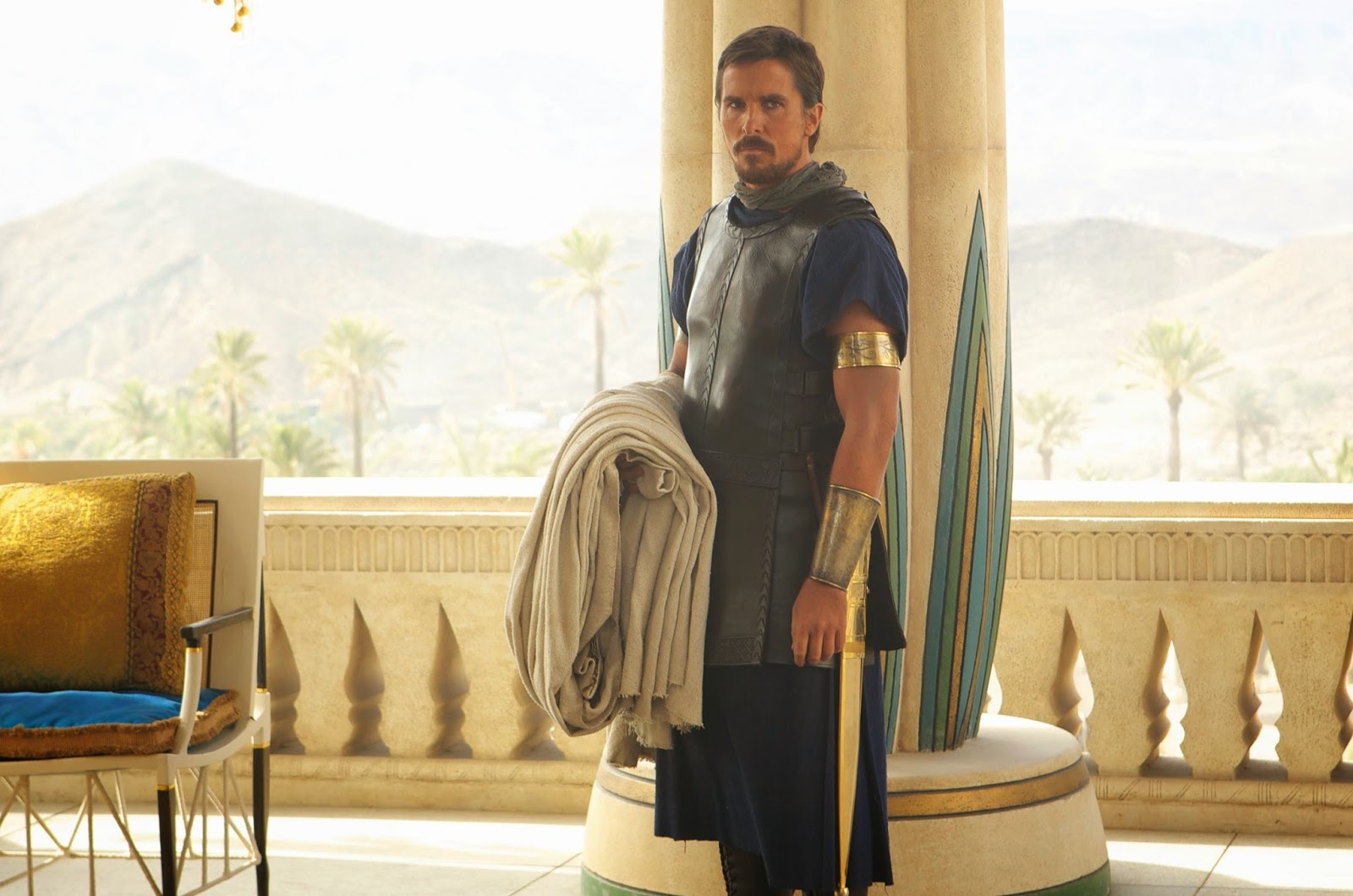 One man’s destiny to rule an empire is about to be challenged by a man destined to defy it in Ridley Scott’s “Exodus: Gods and Kings” starring Christian Bale as Moses and Joel Edgerton as Ramses. The film’s intrigue, scale, scope, adventurer and vivid characters provide a unique theatrical event. The Exodus from Egypt is the original and definitive heroic saga. It’s also a powerful and personal story rich with emotion, rivalry and betrayal and an undying quest for freedom.

Notes Scott: “Moses’ life is one of the greatest adventures and spiritual quests of all time.” From its opening battle where 15,000 Egyptian soldiers attack a Hittite encampment, to the towering structures, a terrifying series of plagues, and the parting of the Red Sea, Scott brings his signature vision to one of our most cherished and important stories.

Christian Bale stars as Moses, alongside Joel Edgerton as Ramses, John Turturro as Seti, Ben Kingsley as Nun, and Aaron Paul as Joshua. The cast of “EXODUS: Gods and Kings” is comprised of numerous award winners, and hails from a wide range of countries. As Ridley Scott explains, “Egypt was – as it is now – a confluence of cultures, as a result of being a crossroads between Africa, the Middle East and Europe. We cast actors from different ethnicities to reflect this diversity of culture – from Iranians to Spaniards to Arabs. There are many different theories about the ethnicity of the Egyptian people, and we had many discussions about how to best represent the culture. In bringing to life a story that has roots in many religions and is important to people across the world, we also looked to cast actors who could, through their vivid performances, do justice to a universal story.”

Christian Bale is an actor with whom Scott has long sought to collaborate. “Christian has a very powerful physical presence on screen,” he notes. Before shooting “Exodus: gods and Kings,”, Bale had starred in the Scott Free production Out of the Furnace, playing a steel worker. To Scott, that role, in a way, presaged the actor’s turn as the Hebrew prophet and liberator. “Moses is much more like a steel worker than a Pharaoh – he’s a modest man with common sense.” 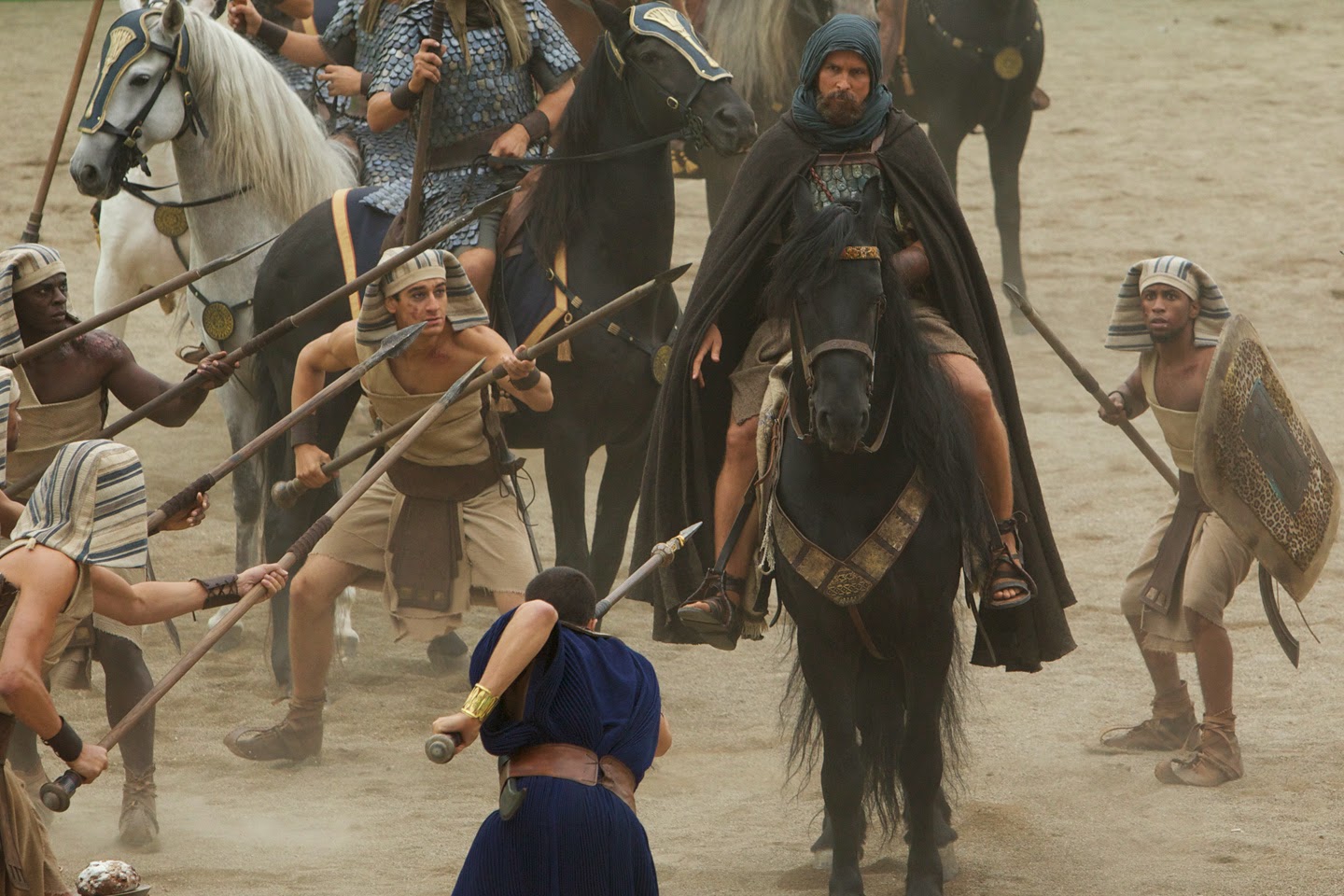 Scott describes Bale’s performance as “an inside job. He gets right into the character and you are staring at a passionate leader. I enjoyed working with Christian as much as I have with anyone; he surprised me every day. I expected a lot, and I got more.”

There was certainly much to explore with the character. “Moses is an iconic figure who at the same time has to be played as a real person,” says Scott. “He’s the film’s heroic center and its emotional core.” Bale took on the role for several reasons. He explains: “I feel the Exodus story is not only one of the cornerstones of many of the world’s sacred texts, but it is one of the most profound narratives in human history. I found that Moses was a complex and reluctant hero. Through his faith he transformed into a freedom fighter who would stop at nothing to further God’s will. That said, he was also a man of contradictions: He was faithful but also argumentative; hesitant but also assertive; a warrior but also a liberator; and he was tempestuous but stoic.”

`In short, adds the actor, “Moses is one of the most fascinating characters I’ve ever studied.” To that end, Bale read the holy texts, including the Torah and parts of the Koran, as well as the acclaimed book Moses: A Life by Jonathan Kirsch. He also watched two films whose approach to history and religion is very different from “Exodus: Gods and Kings.” “To get a humorous perspective before tackling this epic film I watched the comedies History of the World, Part I [directed by Mel Brooks] and the Monty Python classic The Life of Brian.”

When Ramses rejects Moses’ pleas to let the prophet’s people go, Egypt is hit by a series of plagues and pestilences. Ramses’ advisors offer science-based explanations for the phenomena –spectacles that are both thrilling and horrifying.

Laws of nature, taken to their extreme – and perhaps with divine intervention – can explain these plagues, but the final scourge transcends nature: The firstborn sons of Egypt are killed overnight, including the Pharaoh’s own child. When Ramses realizes that no Hebrew slave children have died, he orders them to leave Egypt – but shortly thereafter leads his army to pursue and kill the fleeing Hebrews.

Moses and his ill-equipped band of 400,000 followers, loaded down with whatever meager household goods they could carry, struggle to cross the foreboding mountains, heading for the Red Sea and to a crossing area that Moses had used before. Arriving at the Red Sea, with the Egyptian army close behind, Moses realizes he has taken the wrong route and missed the shallow waters. Faced with the massive body of water on one side, and the thousands of Egyptian troops on the other, Moses despairs. As Ramses prepares for his final assault, Moses realizes that the tide is receding at a rapid pace. He rallies his people and they begin to stumble through the shallows. When the Hebrews complete the crossing, Ramses’ pursuing troops are engulfed by a massive wave.

For Christian Bale, portraying Moses was an unforgettable experience. “He’s such an intoxicating character to play, that in many ways I felt like, ‘Wow, can’t we keep going?’ There is so much more to tell about him, and he’s even more fascinating than anything I had realized.” 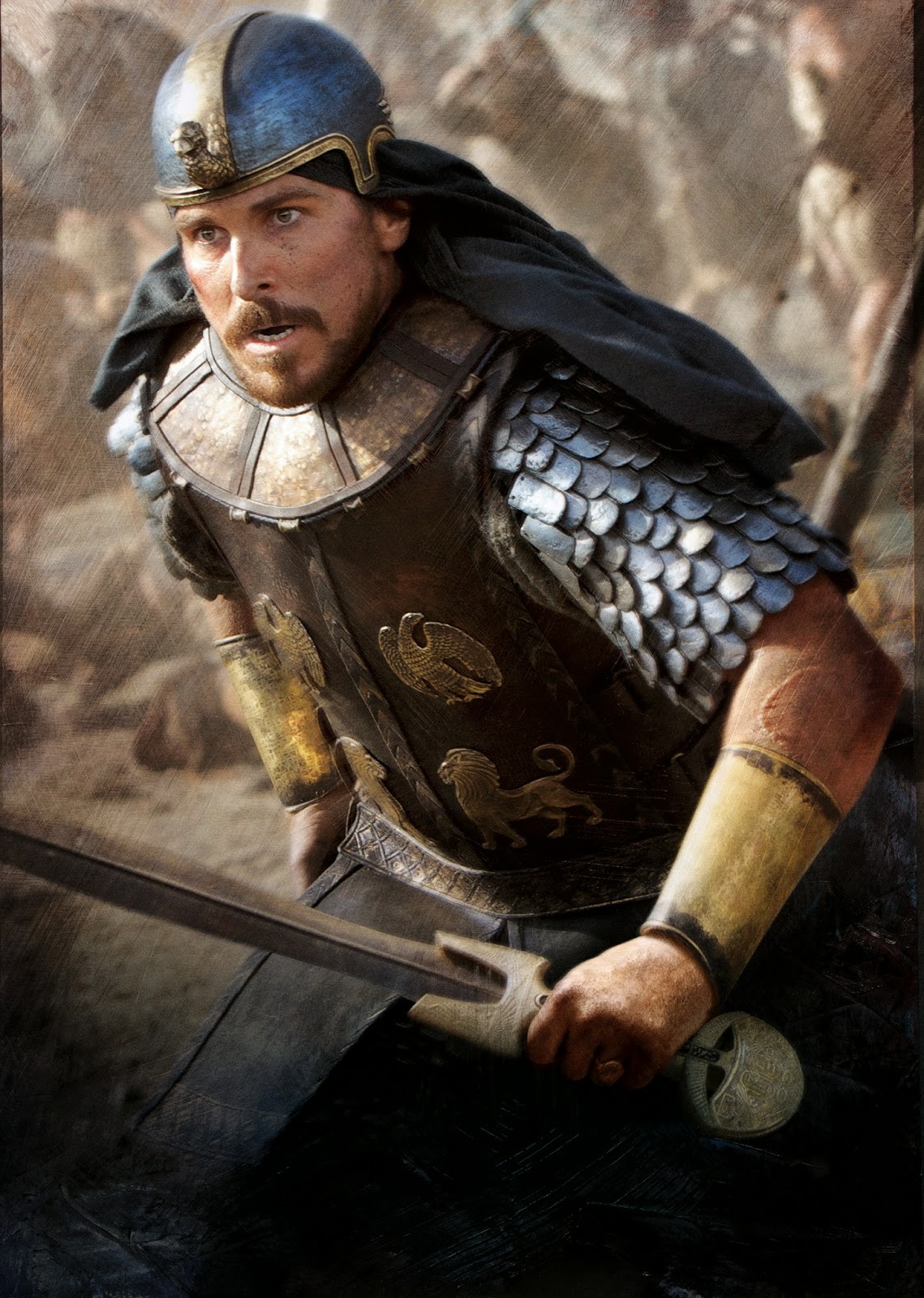 Christian Bale was born in Wales and grew up in England and the U.S. He made his film debut in Steven Spielberg’s World War II epic “Empire of the Sun.” Bale’s work to date includes “Henry V,” “The Portrait of a Lady,” “The Secret Agent,” “Metroland,” “Velvet Goldmine,” “All the Little Animals,” “American Psycho,” “Laurel Canyon,” “The Machinist,” “Batman Begins,” “The New World,” “The Prestige,” “Harsh Times,” “Rescue Dawn,” “3:10 to Yuma,” “I’m Not There,” “The Dark Knight,” “Public Enemies,” “The Fighter,” “Flowers of War” and “The Dark Knight Rises.” More recently, Bale starred in “Out of the Furnace,” “American Hustle” and “Knight of Cups.”

Available in 2D, 3D and IMAX 3D, “Exodus: Gods and Kings” opens December 5 in cinemas from 20th Century Fox to be distributed by Warner Bros.