In the wake of the sexual revolution and the rise of the women’s movement, the 1973 tennis match between women’s world champion Billie Jean King (played by Emma Stone) and ex-men’s-champ and serial hustler Bobby Riggs (Steve Carell) was billed as the “Battle of the Sexes” and became one of the most watched televised sports events of all time, reaching 90 million viewers around the world.

As the rivalry between King and Riggs kicked into high gear, off-court each was fighting more personal and complex battles. The fiercely private King was not only championing for equality, but also struggling to come to terms with her own sexuality, as her friendship with Marilyn Barnett (Andrea Riseborough) developed. And Riggs, one of the first self-made media-age celebrities, wrestled with his gambling demons, at the expense of his family and wife Priscilla (Elisabeth Shue). Together, Billie and Bobby served up a cultural spectacle that resonated far beyond the tennis court, sparking discussions in bedrooms and boardrooms that continue to reverberate today. 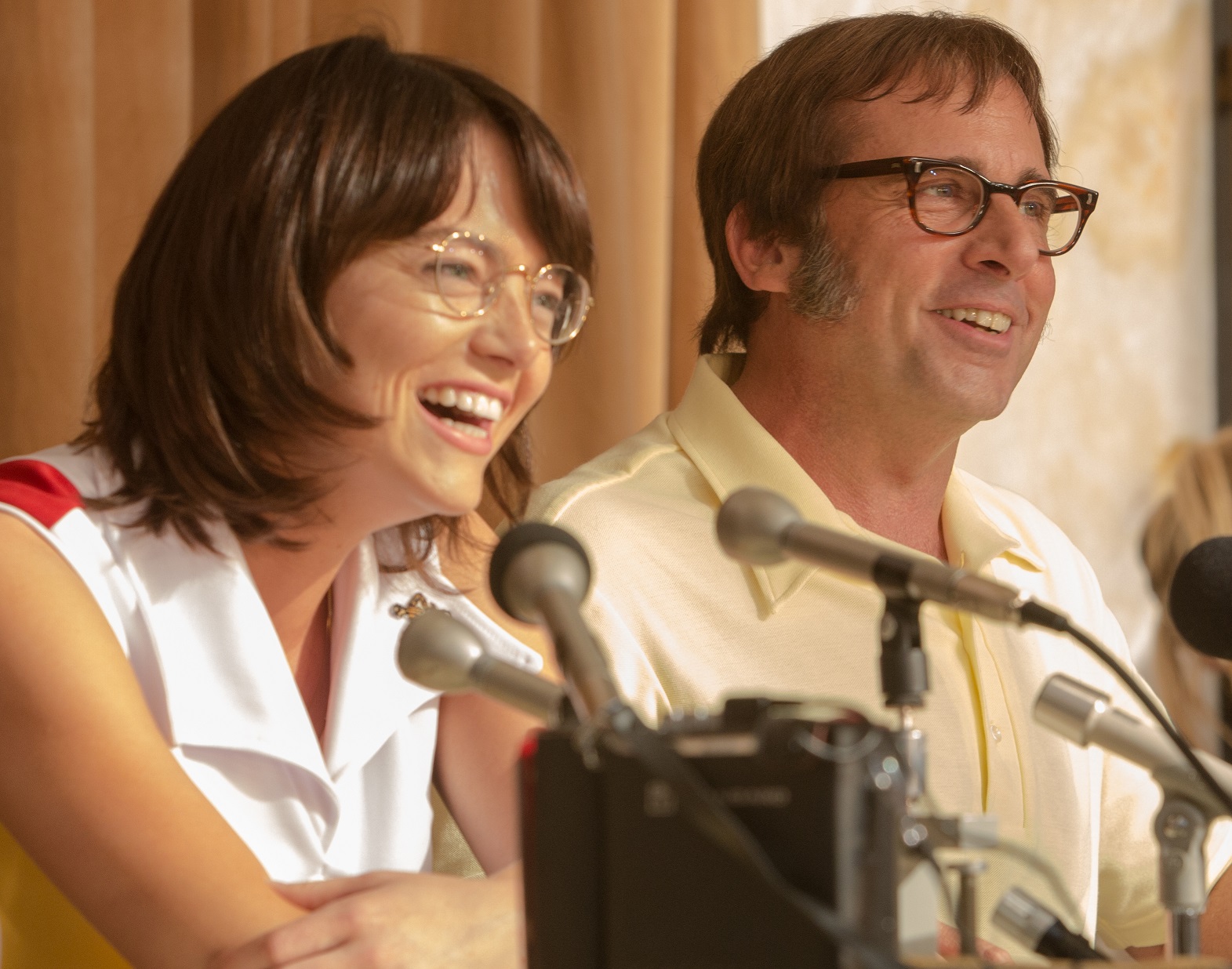 The build up to the match, the spectacle it became and the quest for equality it continues to inspire all come to life in “Battle of the Sexes.” Husband-and-wife directorial team Valerie Faris and Jonathan Dayton (Academy Award winning Little Miss Sunshine) explore a moment when social change was embodied by two complex people. Dayton and Faris brought together Oscar® winner Emma Stone, in a physically and emotionally demanding role unlike any she’s yet tackled, with Oscar® nominee Steve Carell at his most complicated as self-made media celebrity Bobby Riggs.

The filmmakers recreated the era with meticulous period detail and camera work to explore the tipping point when the balance of power between men and women, the mainstream and the marginalized began to shift.

Says Faris: “Battle of the Sexes” is both the story of an historic sporting event and of a woman’s private, personal transformation while under intense public exposure. We were interested in how she was fighting both personal and political battles at the same time.

Adds Dayton: “It was the most challenging project of our careers. It is at once a sports movie, a love story, a socio-political drama, and at times a comedy. 44 years after the Battle, the same issues are clearly still being debated. We were struck by how this circus-like event became a place where important social issues were played out.” 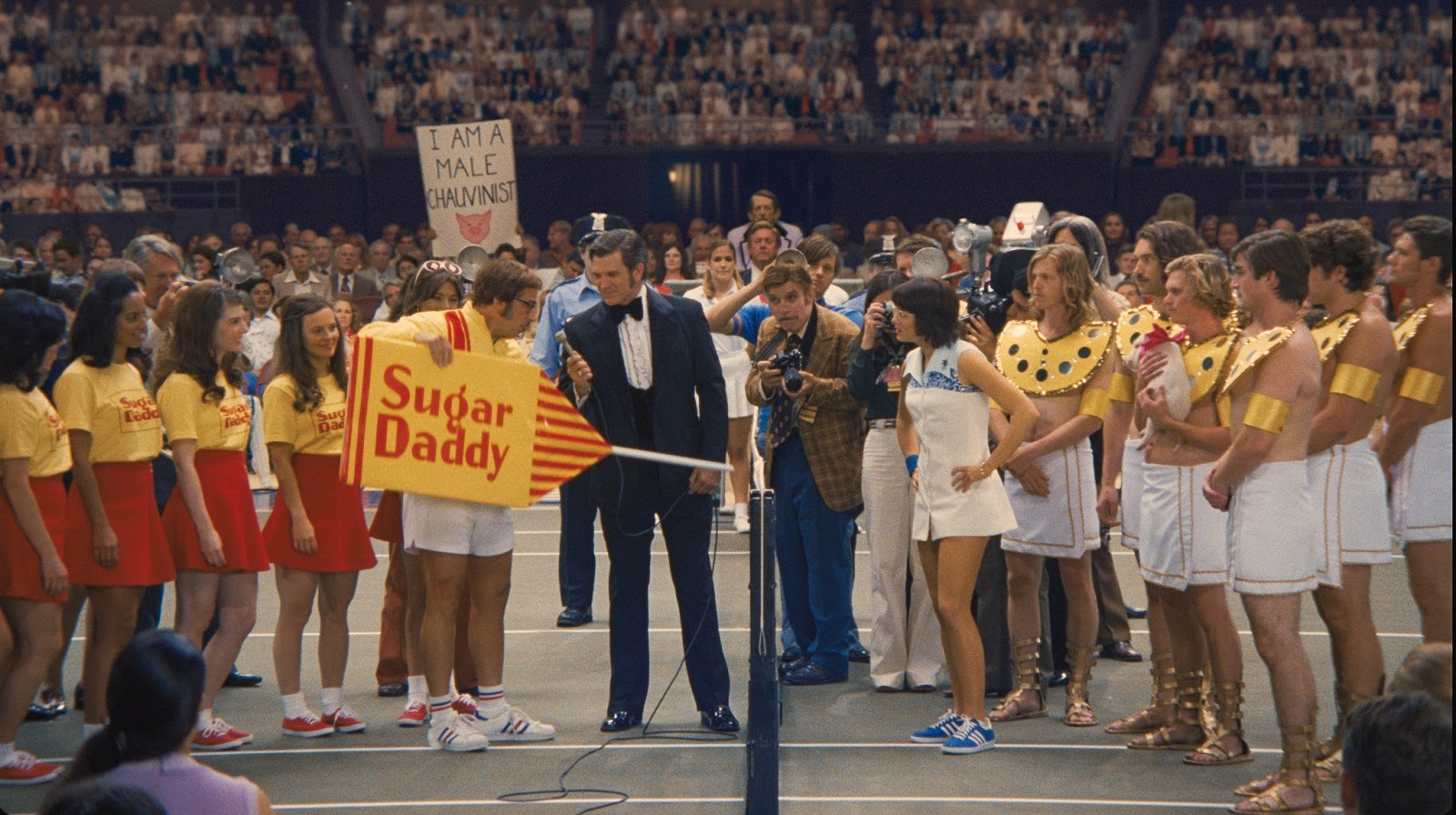 “This match felt like a precursor to the way politics are working in our country today, how the debate is so often reduced to a game or entertainment,” says Faris. “We’re often more caught up in who wins than in what is really at stake. We started work on the project during the 2016 primaries, when it appeared likely we’d see the first woman candidate for president. For a while everyone thought the film would show how far we’ve come since the Battle. Obviously the outcome of the election shed a very different light on the story.”

This motivated them to focus even more on the personal stories of two people who were not as different as it might have appeared. Both were caught up in the media and in a moment larger than their individual struggles. “The world has become even more polarized since we began making the film and we certainly don’t want to contribute to that – that’s why we chose to focus on the emotional lives of Billie Jean and Bobby,” explains Faris.

Grateful at 30 Years: Avida Celebrates its Anniversary by Uplifting More...