Meet the finest spy of them all, Jude Law stars as Bradley Fine, a charming but self-absorbed fop who manages to complete his missions while keeping every hair in place in the fall-off-your-seat action comedy “Spy.”

Paul Feig directs the hilarious action comedy, “Spy.” Law stars alongside Oscar nominated actress Melissa McCarthy as Susan Cooper, a desk-bound CIA analyst, the brains behind the suave colleague, super spy, Bradley Fine (Law), who is out in the field, engaged in dangerous assignments. Fine gets the credit for all the successes, but it is actually Cooper doing most of the complicated work. She is also secretly besotted with the charismatic Fine, but it’s a case of unrequited love. When Fine goes off the grid while trying to locate a nuclear bomb, Susan Cooper volunteers to go out into the field herself, becoming a bona fide spy, infiltrating the world of international espionage in Europe. She has to confront the villainous, rich and ultra-glamorous Rayna Boyanov (Rose Byrne) who is the daughter of a notorious arms dealer, with access to a nuclear weapon. It is up to the intrepid Agent Cooper to stop her before she wreaks global havoc! 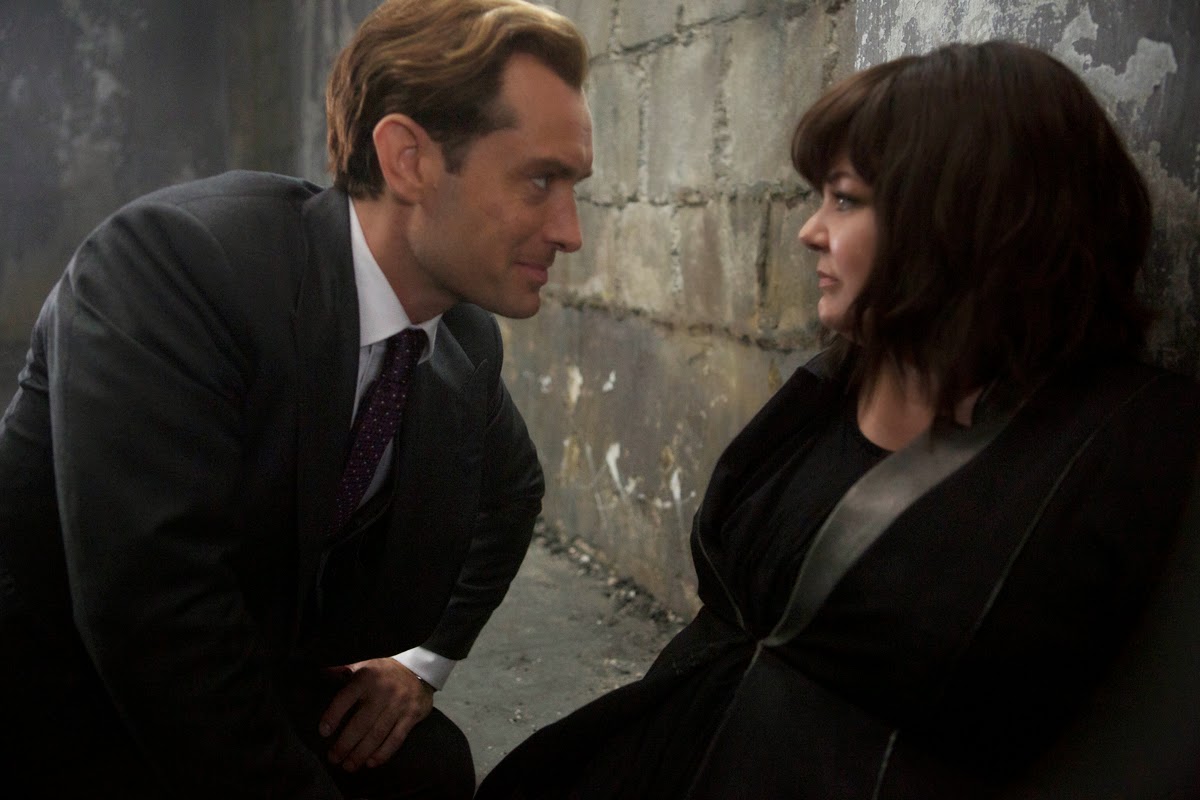 Jude Law says: “As far as Fine is concerned, he and Susan are the perfect team, unflappable, the cream of the crop in the CIA. He sees the relationship as purely platonic, despite the occasional flirtations. Certain elements of that she may misread, or perhaps hope will develop into something more. He doesn’t imagine that she has any real desire to leave the basement, but you could argue that he wants Susan to remain there because without her he might be lost.”

McCarthy agrees: “Fine is somewhat manipulative, but in a way that’s understandable. If you’re out in the field, you want the best person possible on your team, and you want them to be totally on top of things.” Says McCarthy, “I love the way Jude plays Fine as charming but a bit of a cad.”

Law admits he has seldom had more fun in a role, and emphasizes it was important for Fine to “tick certain boxes and lure the audience into the high-stakes danger of spy craft. It’s one of those few screen characters that so many boys pretend to be – astronaut, soldier, spy…“The discussions Paul and I had about Fine centered on the idea that we didn’t want him to be mean. He has genuine affection for Susan, along with self-interest in keeping the team together. Striking that balance is important.”

Truth to be told, Jude Law is running for his life, 25 feet below ground during the film’s production. On day one of filming, and cast and crew have assembled in a labyrinth of limestone caves that stretches some 23 miles underneath a brewery in Buda, Hungary. Jude’s character, Bradley Fine, is trying to elude some armed henchmen, relying on intel delivered to his earpiece from Susan Cooper in Langley, 6,000 miles away from his predicament in Bulgaria. Fine wears special CIA issued contact lenses that act as a camera, sending visual images back to Cooper. Director of photography Robert Yeoman uses small GoPro cameras to simulate the imagery delivered by the contact lens camera, letting the audience see exactly what Susan is viewing on her monitor. 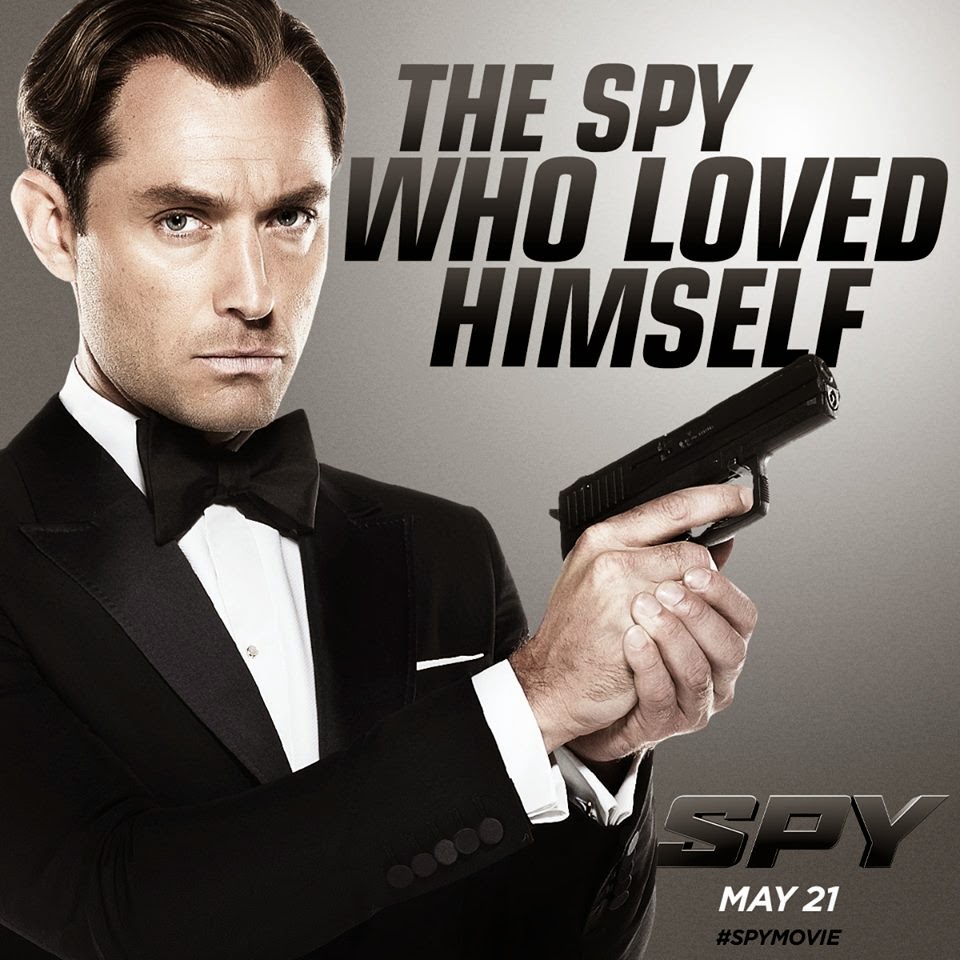 Says Law: “When Fine’s on the frontlines, Cooper is telling him where to go, who’s following him, the nearest escape route. His life is in her hands.” The caves were originally excavated as quarries in the 1700s, and later repurposed for beer storage. At various times they have been used as emergency shelters and even hidden hangers for Nazi aircraft. It was late in March, and while the temperature above ground is mild, at this subterranean depth breath condenses in the air, and crew members don winter jackets and hats.

It’s a physically demanding role for the fit and athletic Law, who’s required to run through long expanses of the tunnels, and engage in hand-to-hand combat. Says stunt coordinator JJ Perry: “Jude has a reputation for being good at stunts, but he’s more than that. He’s a beast. He killed that sequence.”

The latest elite team of undercover agents will knock you off your feet when “Spy” opens in Philippine cinemas nationwide on May 21 from 20th Century Fox to be distributed by Warner Bros.

Elle Fanning Sparkles as a Country Girl in “Live by Night”