Imagine a world that lives alongside the everyday; more frightening than your nightmares, it seeps through your dreams into your waking life. This world is inhabited by the dead and the never-alive, and is in conflict with the world of the living. Its demon denizens want to return from one world to the other. Some ghosts hope to make sense of their deaths; some spirits yearn to reconnect with their loved ones. But many burn to exorcise their anger, to indulge their jealousy, to wield their hatred and resentment, to exact revenge at any cost…

Producer Jason Blum, whose company Blumhouse has also produced the “Sinister,” “The Purge,” “Ouija,” and “Paranormal Activity” franchises, says, “James and Leigh have created their own unique, terrifying world with `Insidious,’ and this chapter takes us deeper and deeper into The Further.” 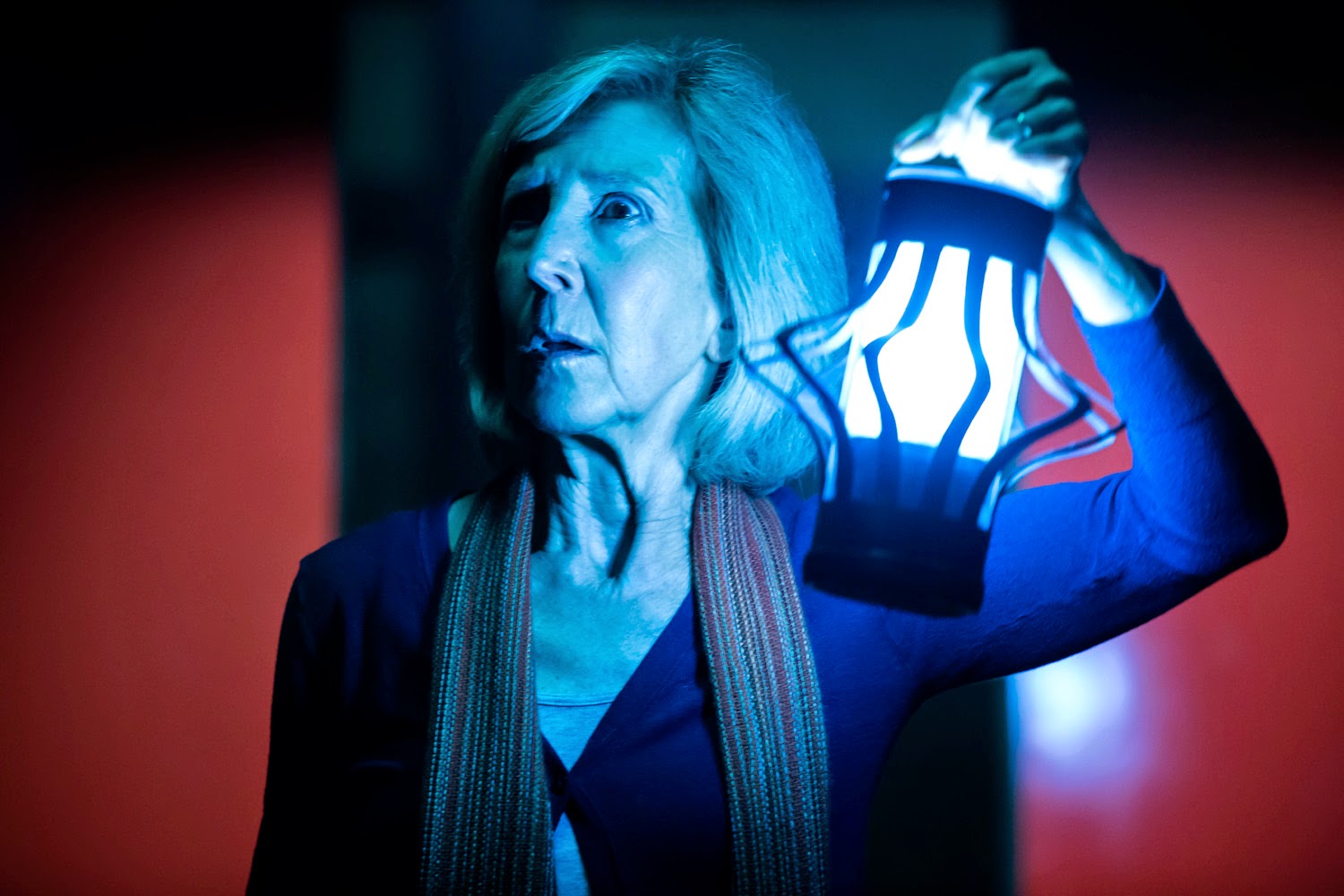 Whannell, writer and director on the new movie, opines that “people who love a good scare dig the `Insidious’ films. We want audiences to be absolutely terrified.”

While dialing up the chills, “Insidious: Chapter 3” turns back the clock; it takes place years before the first two chapters which detailed the escalating haunting of the Lambert family. With the family’s fate resolved in “Insidious: Chapter 2,” Whannell was keen to shine the spotlight on a constant in the tales: indomitable psychic Elise Rainier, portrayed by Lin Shaye.

Elise had been killed off as part of the struggle to save the Lamberts, but “I love the character and I wondered how I could bring her back,” says Whannell. “Dealing with ‘ghost Elise’ wasn’t the idea; I wanted her alive! People enjoyed the time-spanning storytelling that we advanced in the second movie, and I felt that would help me find a story that gives deeper meaning to Elise’s journey.
“I started to devise an origin story, a prequel set a few years before the first movie wherein concepts central to Insidious take shape, and where we could explore Elise’s background. Once I started writing this, I fell in love with the piece.”

Shaye was impressed at how Whannell’s script “gives you more details about the characters; in “Insidious: Chapter 3,” we learn more about Elise’s personal life. These ideas were exciting, because character and story are what matter to me.”

Blum enthuses that “when you see Lin playing Elise on-screen, you believe that she’s able to communicate with demons and ghosts. In most movies about the paranormal, it’s hard to make the character of the expert feel credible, but Lin is terrific at doing just that.”

Whannell says, “Lin is an actor whom you love having on the set, because she’s 100% committed at all times. When you’re a writer, it’s encouraging having an actor talk over your script so much with you.

“I had a lot of discussions with Lin while I was writing Insidious: Chapter 3, and I feel we’ve made her character even stronger than in the first two films – with a real range of emotions that she can express so well.”

Wan affirms, “Lin Shaye is the beating heart of these movies, and now the new movie is able to continue and expand upon the series’ legacy.” 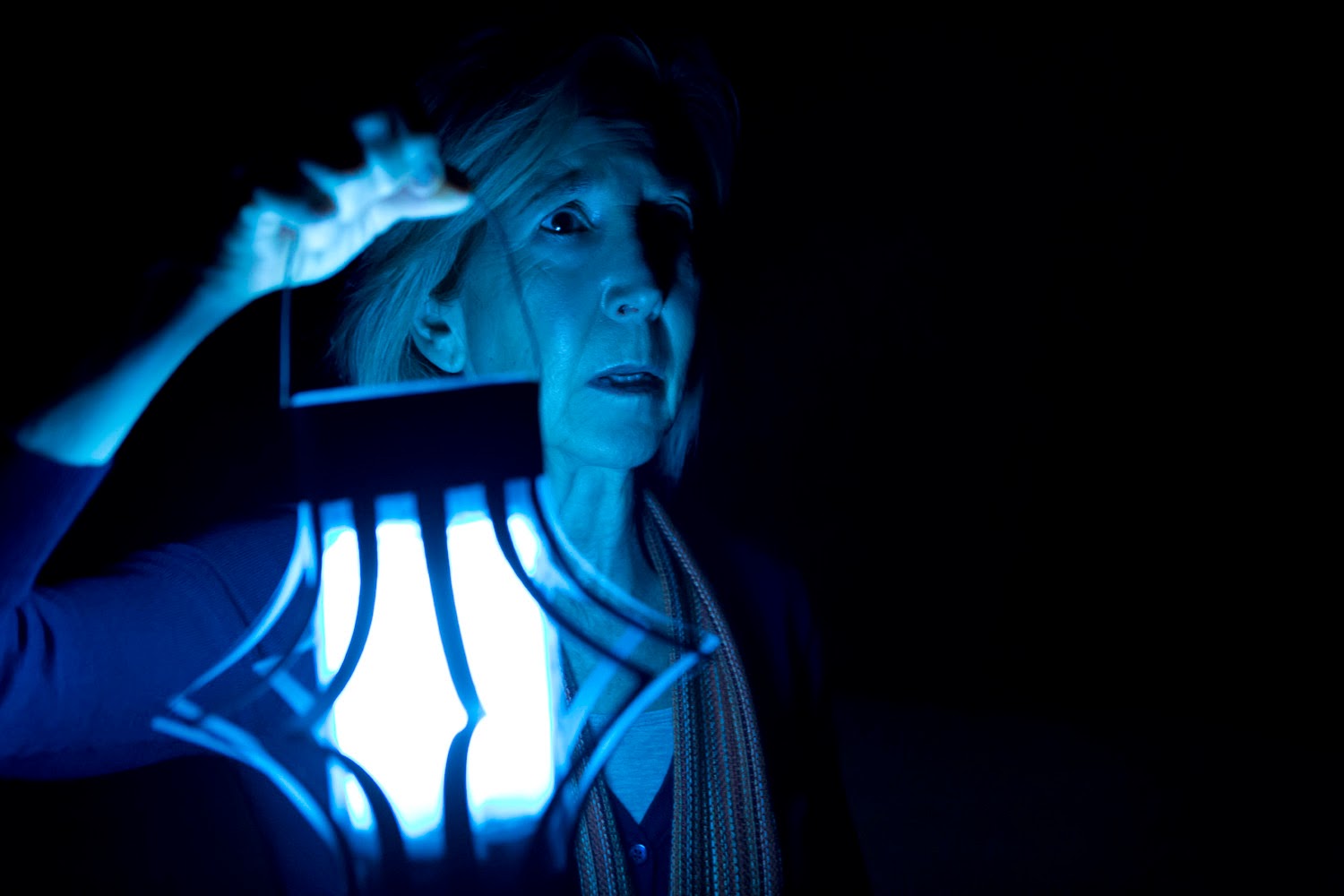 Whannell offers, “I started to see Elise’s arc in `Insidious: Chapter 3′ as reframing the classic Western story of the gunslinger who comes out of retirement. Or, these days, it’s an assassin who does so. But how often do we get to see it with an older woman?”

While the new storyline has much to offer faithful viewers of the movies, it is also inviting in an audience that can come to the saga fresh. Whannell reminds, “Everyone has fears, no matter what their culture or country. At its core, every ghost story is about death and loss. That is why they are relatable. `Insidious: Chapter 3′ is no exception; people can see this movie having seen neither of the previous chapters and they will understand what the characters here go through.