Facebook
Twitter
Google+
Pinterest
WhatsApp
Though her performances in “The Guest” and “It Follows” have thrust her into the mainstream, Maika Monroe understandably doesn’t want to be shackled to the essentially meaningless moniker of ‘Scream Queen,’ which has been bestowed upon her after just two horror films. Her resume isn’t particularly long yet — she spent some time as a kiteboarder before veering into an acting career — but it’s already rife with well-regarded movies, highly-anticipated projects and at least one exploded bus.

In “It Follows,” her newest and most acclaimed film, Monroe plays Jay, a young girl who gets seduced by a mysterious young man and finds herself being pursued by a nameless, emotionless, excruciatingly slow creature who takes the form of average-looking people and possesses unknown evil powers. The super scary, fiercely self-aware film takes the old horror trope of sex leading to death, a concept rooted in a misreading of John Carpenter’s “Halloween” and perpetuated by “Friday the 13th” and its multitude of offspring, and makes it literal. 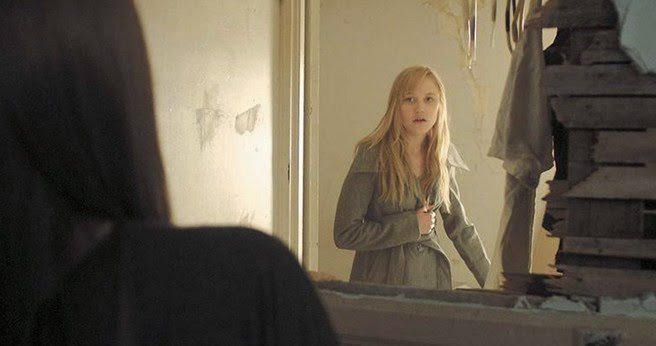 Why do you think “It Follows” has broken into the mainstream and had ubiquitous appeal?
I don’t know, but it’s been prett-y crazy, I’ll be honest. I had no idea it would be getting this kind of response. I think there’s something very unique about the film. I think a lot of people like the horror genre and like to be scared, so that draws people in, but there’s an elegance and simplicity to the film that people are really liking.

Was it scary making the film?
No, not at all. I wish it was, but it wasn’t. You know, I’m with the “Its,” the Tall Guy, and we’re trying to figure out how I’m gonna shoot a scene, so it was kind of routine, not very scary.

Did David Robert Mitchell do anything like that to get you to look terrified?
No! David is one of the calmest people I’ve ever met in my life. He’s so…he’s the rock of the film. These crazy situations would happen and he would handle it with grace and he would pull me aside and try to work with me. “Let’s try this, why don’t we try that.” He’s very low-key. Probably meeting him you wouldn’t expect him to make a movie like this.

My favorite part of the movie — well, you’re very good, but I’m not supposed to say stuff like that [Monroe laughs] — was that awesome score. I don’t know how scary the movie would be without the music, it’s so integral to sustaining the mood. Did you have any idea what the music would sound like during filming?
No idea. I had no idea. They talked about doing some sort of synth-y kind of style, something ’80s, but I had no idea. When I saw it put together I was kind of in awe.

You’ve mentioned that you like “The Shining” and Kubrick, which has that great score. Why do you think filmmakers keep revisiting the same time period for inspiration? Even “The Guest” has that synth score going on.
“The Guest” is very much so like that. The soundtrack has become more and more important to these movies, and the music from that time fits perfectly. [Laughing] Well “The Shining” scares me so much. Movies that scare me?

While filming “The 5th Wave,” you had an incident with a bus in Macon, Georgia. A bus exploded too much?
[Laughing] Oh. My. God. That was hysterical. Well, there’s a point in the movie where I have to throw a grenade into a bus. A very old bus. So they were doing the special effects and we decided to go up on a rooftop to watch it. It was…the biggest KABOOM I’ve ever heard. I mean, just massive. The apartments were all on fire, and I’m like, “Wow, okay, I did that. I like that, yeah!”

So people have heralded you as the new Scream Queen, whatever that even means. How do you feel about that? What’s that title even mean?
Oh gosh, I don’t even know. You know, by chance I did these two genre films back-to-back, both of which did very well, and people are loving it, so they’re like, “Okay, she’s a Scream Queen now.” But I don’t look at myself like that. I’ve done very different projects before this, and after this I’m going in a very different direction. I don’t look at myself as a Scream Queen and I don’t plan on continuing on this genre route. If anything, I want to go very different places. So. I dunno. It’s cool that people love these movies.

“It Follows” takes the deep-rooted horror trope of sex imminently leading to death and makes it literal. But some people have questioned the film’s sexual politics, saying maybe the film inadvertently takes a puritanical approach. What do you think about that?
I don’t think that’s the message at all. People try to dig into it and find meanings behind everything. The idea came from David’s nightmares of this thing following him. Now we make it into a movie, so how are we gonna pass this thing along? Okay, let’s make it sex. There’s definitely meaning behind it, but I don’t see it as being a negative depiction of sex. I dunno, it’s interesting to see everyone’s different interpretation, and I like that. David’s been saying that too. I don’t wanna say what I think. I’ll leave it up to the people. 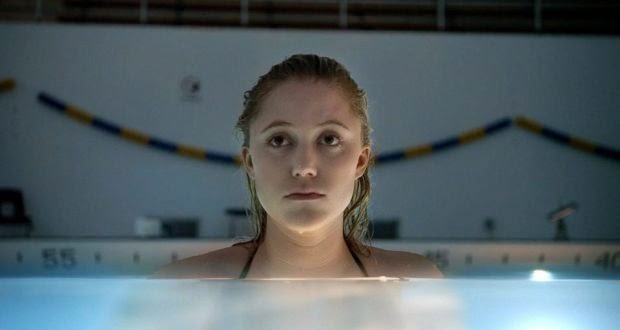 Did anything crazy happen while you were shooting “It Follows”?
The only thing I can think of is when I was strapped to that wheelchair. We filmed in this abandoned factory in Detroit, and we had to literally change our schedule because we found a body there. It’s a very dangerous place. We had to move locations because they were doing an investigation of this dead person. Kind of creepy.

You went from professional kiteboarding to getting huge. Not literally huge, I mean figuratively huge. Popular huge. [Monroe laughs] How do you feel about this abrupt ascension?
It’s not actually so abrupt. It seems more abrupt on paper than it actually feels. It’s hard because I’m actually living it, so it seems sadly…I don’t want to say “normal,” but it’s like, “Okay, I’ve got this project now,” and “Okay, I’ve got to do press for this project now.” “Okay, the movie’s doing really well.” But there are times when I think it’s very important to be able to take a step back and go, “Wow.” I’ve worked so hard to get here. You know, take those moments to look back and see where you were, and where you’re going. I try to do that but it’s hard. Everything’s moving so fast. 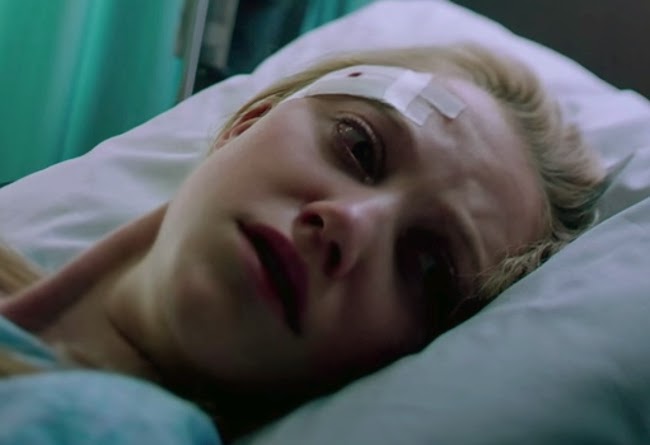 ‘IT FOLLOWS’ is released and distributed by CAPTIVE CINEMA. SHOWING ON MAY 13. NATIONWIDE!

Talking Household Objects are Scene-Stealers in “Beauty and the Beast”