Annabelle is coming to theaters again, and this time audiences will be taken through the infamous doll’s very beginnings—from her first home in a little girl’s room to her first possession of a little girl’s soul, in New Line Cinema’s “Annabelle: Creation.”

After a chilling cameo in “The Conjuring,” followed by a starring role in her own film, it became clear to filmmakers that moviegoers were ready to uncover the origins of the doll that has both terrified and captivated them. 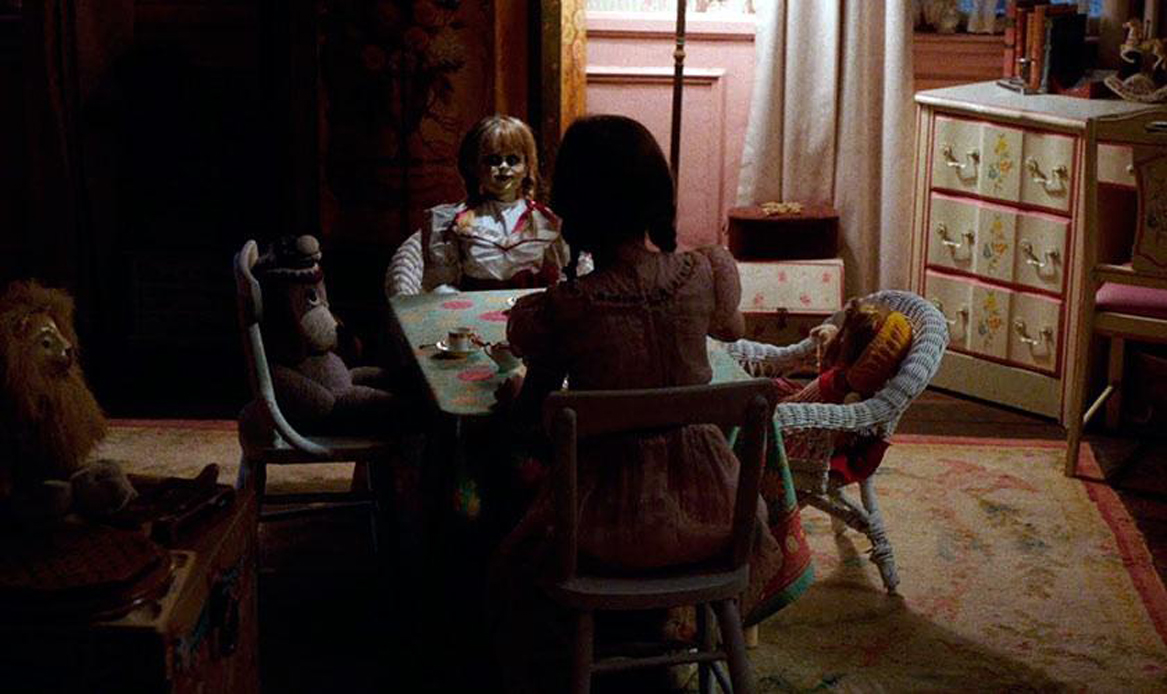 So, on the heels of his successful feature directing debut, last summer’s hit “Lights Out,” director David F. Sandberg was tapped to helm “Annabelle: Creation,” the next chapter in James Wan’s “Conjuring” universe produced by Peter Safran and Wan.

“I was already a big fan of ‘The Conjuring,’ it felt like a classic that stood out from a lot of other modern horror movies,” Sandberg says. “I remember I was really intrigued by that world and excited to do my own sort of classic take within the genre.”

“When I was directing the first ‘Conjuring’ and we were designing the Warrens’ haunted artifact room, I remember between myself, the studio and the producers, we all kind of looked at each other and said, ‘You know, it would be incredible if we could tell the stories of each of these objects,’” Wan recalls, referring to the collection the couple had confiscated over their years of paranormal investigation. “Even then, we felt that giving Annabelle that prologue opening was cool, but we sensed she had a lot more stories to tell. Every time that doll appeared on screen for just those few minutes, people shifted in their seats. Audiences react to her.” 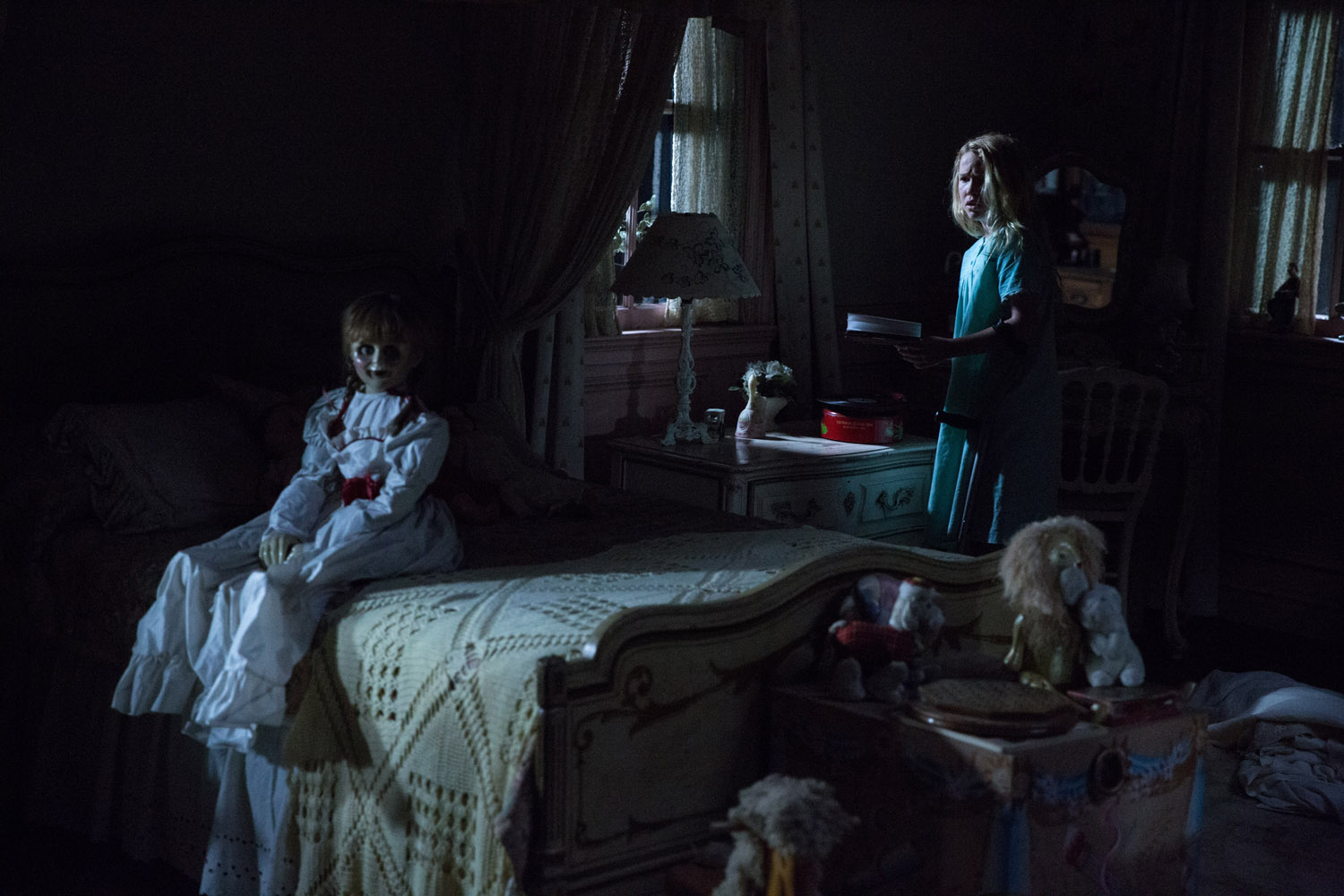 To craft the story, the filmmakers turned to scribe Gary Dauberman, who had written “Annabelle” and was eager to dive back in. “The first film I wrote extended the mythology of the doll,” he says. “For this one, we wanted to dig into her history and see if we could find out how the evil started.

“Dolls are things that bring people joy, right?” he continues. “They’re given as gifts, passed down through generations. So I wanted to set that up for Annabelle by starting her out from a place of love—a happy family—in order to sort of lay the groundwork for a nice contrast to all the bad stuff that would follow.”

With a toy taking center stage, kids seemed an appropriate addition to the tale. While batting around more ideas, Dauberman relates, “It was James who had the idea to make the kids orphans, and from there I had my playing field. Then I just had to figure out what it is about this particular doll that makes it so haunting and evil.”

Sandberg says the sense of dread already attached to her carried over to the set of “Annabelle: Creation,” revealing, “even the actors were a little wary around her, asking me, ‘Do I have to touch the doll? I don’t really want to touch it,’” he smiles. 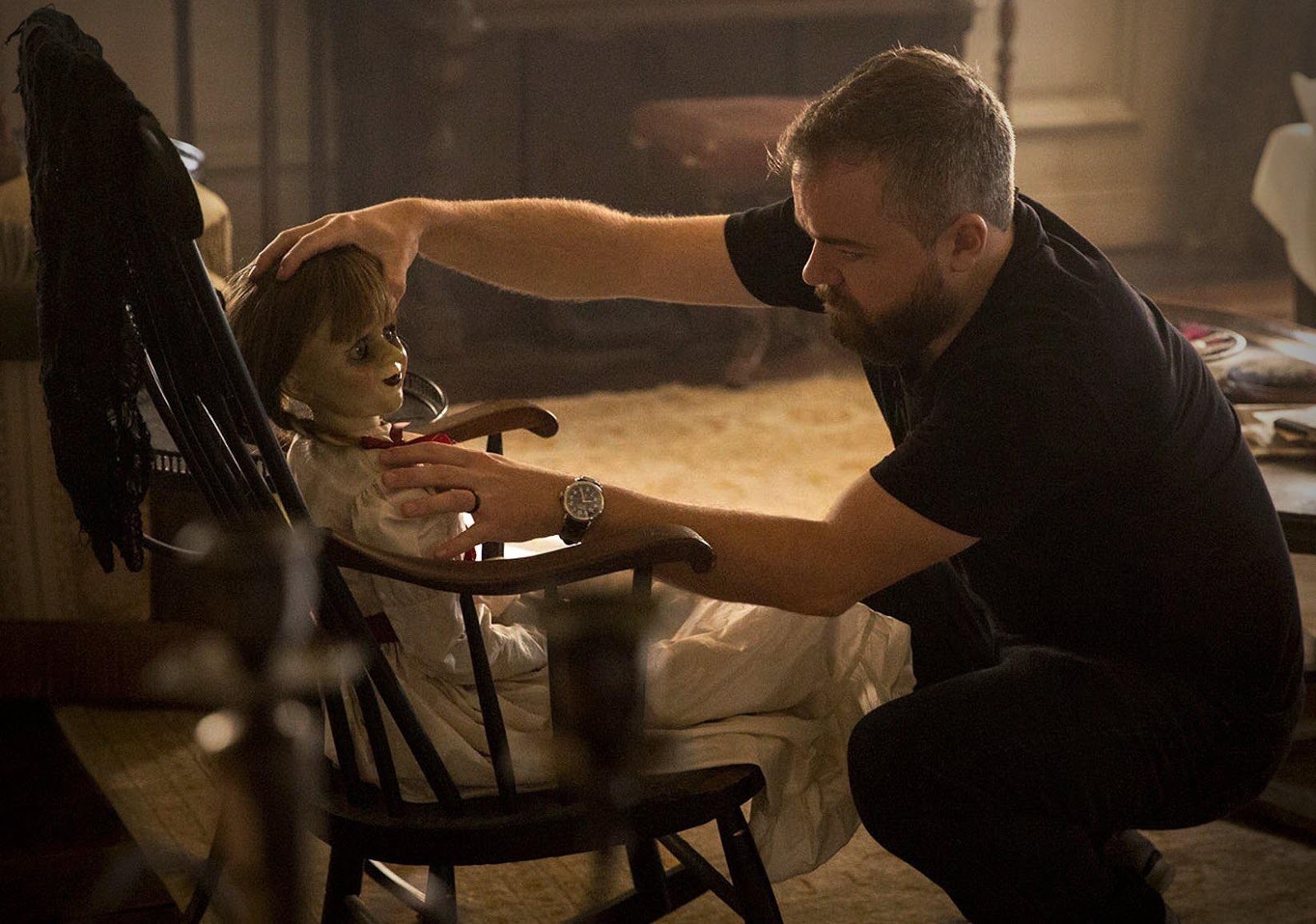 In fact, at the request of certain cast members, the production brought in a Catholic priest to bless the set and the prop Annabelle dolls, much as they did before cameras rolled on “The Conjuring 2” and the most recent production, “The Nun.”

Opening across the Philippines on August 26, “Annabelle: Creation” is a New Line Cinema presentation, an Atomic Monster/Safran Company production. The film will be distributed by Warner Bros. Pictures, a Warner Bros. Entertainment Company.