The latest badass comedy “Bad Moms” brings together an ensemble of extremely talented group of filmmakers starting from the writer/director duo, Jon Lucas and Scott Moore who also penned the outrageous worldwide hit “The Hangover,” along with producer Suzanne Todd, a multiple Golden Globe® and Emmy® nominated producer whose movies have grossed more than two and a half billion dollars worldwide such as “Austin Powers” trilogy, “Alice Through the Looking Glass,” “Boiler Room” and “Memento.”

With a wide array of adjectives to choose from – tiger moms, soccer moms, perfect moms, fed up moms, you name it, they’re all here in “Bad Moms,” the ultimate tribute movie about the awesomeness of mothers starring Mila Kunis, Kristen Bell, Kathryn Hahn, Christina Applegate and Annie Mumolo with Jay Hernandez, Oona Lawrence and Emjay Anthony. 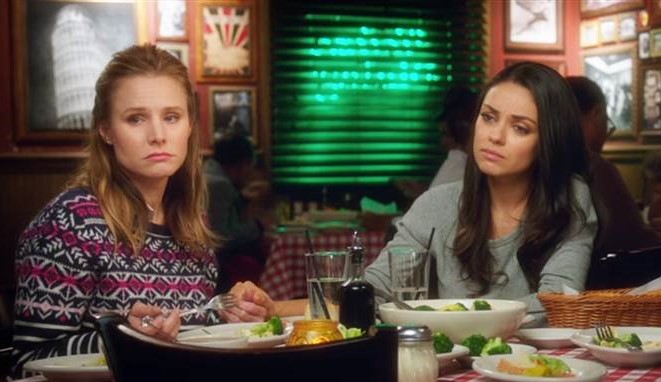 It’s war between the good and the mean in “Bad Moms,” contemporarily set in a world where there’s simply an overload of information – high tech apps, meaningful blogs, ‘expert’ advice, judgy “feedback” – but nothing has ever solved the one big issue all moms face: How to get it all done in the measly 24 hours to keep their family fit, fed and functioning, all with a smile after a long day. Does any app or hashtag address that? Can one blame them if they finally freak out? The answer is clear – #No #NoYouCan’t.

Further in “Bad Moms,” other moms know not to cross supermom Gwendolyn James (Applegate), the community’s arbiter of acceptable behavior, and Amy Mitchell (Kunis) certainly never meant to. Life is hard enough. But upon reaching her tipping point, Amy is set to prove the perfect moms wrong and joins forces with Kiki (Bell), a stay-at-home mom and Carla, a single mom, together they brand themselves as “bad moms” eventually losing all fear of anyone else labelling them.

Kunis signed on as lead character Amy Mitchell, a working mom whose myriad obligations leave her cut off from friendships, let alone the idea of fun for its own sake. Poor Amy is too busy to realize what she is missing. “Really early on in motherhood, you forget that you’re a girl and you need girlfriends,” said Kristen Bell, a real life mother of two. “Part of the beauty of this film is that it’s about these mothers discovering friendships again.”

“Reading the script, you’d think a woman wrote it, but talking to Jon and Scott, you realize it’s an homage to their wives,” said actress Mila Kunis, a real-life mom herself. In fact, all six of the film’s leading ladies are mothers, as is producer Suzanne Todd.

Lucas and Moore found expert guides to help them stir the soup, they hosted dinner parties with lots of moms, lots of wine and lots of stories from the trenches. “What moms talk about is not how it’s usually portrayed in the average Hallmark-y Mom movie,” said Lucas. “It’s way more interesting and fun, and way more R-rated. Sometimes X-rated. And, yes, there’s conflict!”

Producer Suzanne Todd, a mother of three, agreed. “It just feels like my experience. There were five scenes in the script that I felt like I had lived for sure. I mean exact, like exact detail of dialogue and specific things that happened; because it is kind of a shared collective experience about how hard we try to be good moms, how hard we are on ourselves about not being good enough.”

First Trailer of “Beauty and the Beast” Invites You to “Be...