Not all giants in Disney’s “The BFG” are friendly. Based on the beloved book by Roald Dahl, the film tells the imaginative story of a young girl named Sophie and the Giant who introduces her to the wonders and perils of Giant Country. But Sophie’s presence in Giant Country has attracted the unwanted attention of nine fearsome giants – the brothers of the BFG himself — who have become increasingly more bothersome. 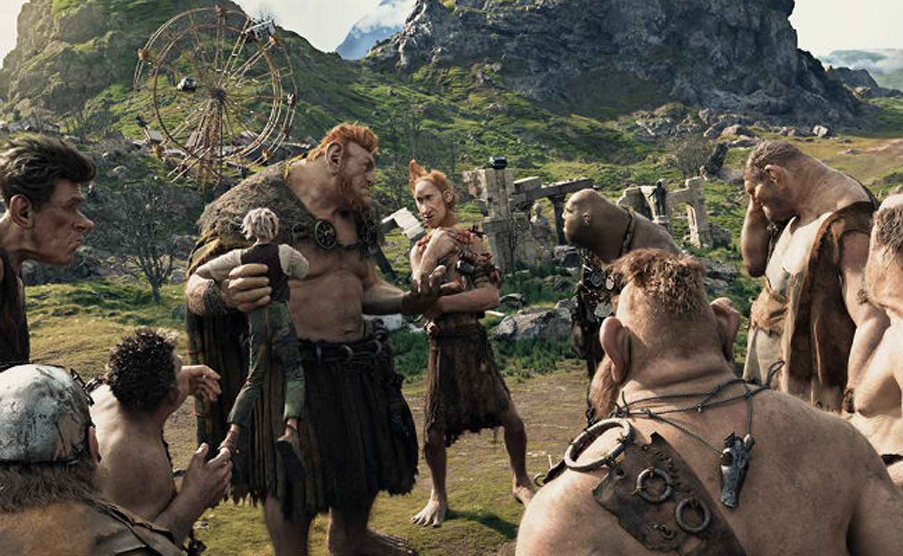 The cannybull and murderful motley group of mythical beasts who roam the earth gobbling up human beans provided all kinds of opportunities for invention, creativity and frightening fun for Steven Spielberg, his actors and his creative team.

Of all the evil giants who inhabit Giant Country, the BFG’s nine brothers are the worst. Substantially larger in size, they treat the BFG with cruelty and disdain, but in typical Roald Dahl fashion, they are also there to make us laugh. Dahl was somewhat of a giant in real life himself, standing 6-feet, 6-inches-tall.

Fleshlumpeater, who is played by the multi-talented actor, comedian and musical artist Jemaine Clement (“The Flight of the Conchords”), is 52-feet-tall with a big ego and a very small head. While he is the leader of the pack, the alpha male, in truth he is just a bully and a coward and not the brightest of the bunch. “My character is just a pile of muscles,” says Clement. “The BFG describes him as a cannibal, which is pretty accurate as he finds humans – especially children – delicious.”
Actor and comedian Bill Hader (“Trainwreck,” “Inside Out”) is Bloodbottler, the real brains of the pack. He is 43-feet-tall with a big beard and can always be found at Fleshlumpeater’s side telling him what to do. “In reality, Bloodbottler wants nothing to do with any of the other giants…he just wants to be left alone,” says Hader. “He does not like the BFG and he has created his own set of rules that the BFG is somehow breaking by just being himself.”

British actor Adam Godley (“Charlie and the Chocolate Factory”) is Manhugger, the thin and slowest moving giant. He does the least of anyone and thinks only of himself. At 39-feet-tall, Gizzardgulper is the shortest of the nine giants. As played by Chris Gibbs (TV’s “Reign”), he is also the peacekeeper of the group and idolizes Fleshlumpeater. Bonecruncher is played by Michael David Adamthwaite (“Final Destination 5”) and is the youngest of the group and a troublemaker who often puts the others in danger.

Meatdripper, who is played by Canadian actor Paul Moniz de Sa (TV’s “The Flash”), is the jokester of the group and loves to go hunting for children. Jonathan Holmes (TV’s “Descendants”) plays Childchewer, Meatdripper’s best friend. He is the best looking of the group, and as a result, is always concerned with his appearance. Icelandic actor Ólafur Ólafsson (“The Last Witch Hunter”) is Maidmasher, who is the most stylish of the group. While masculine in his demeanor and appearance, he is also very in touch with his feminine side. 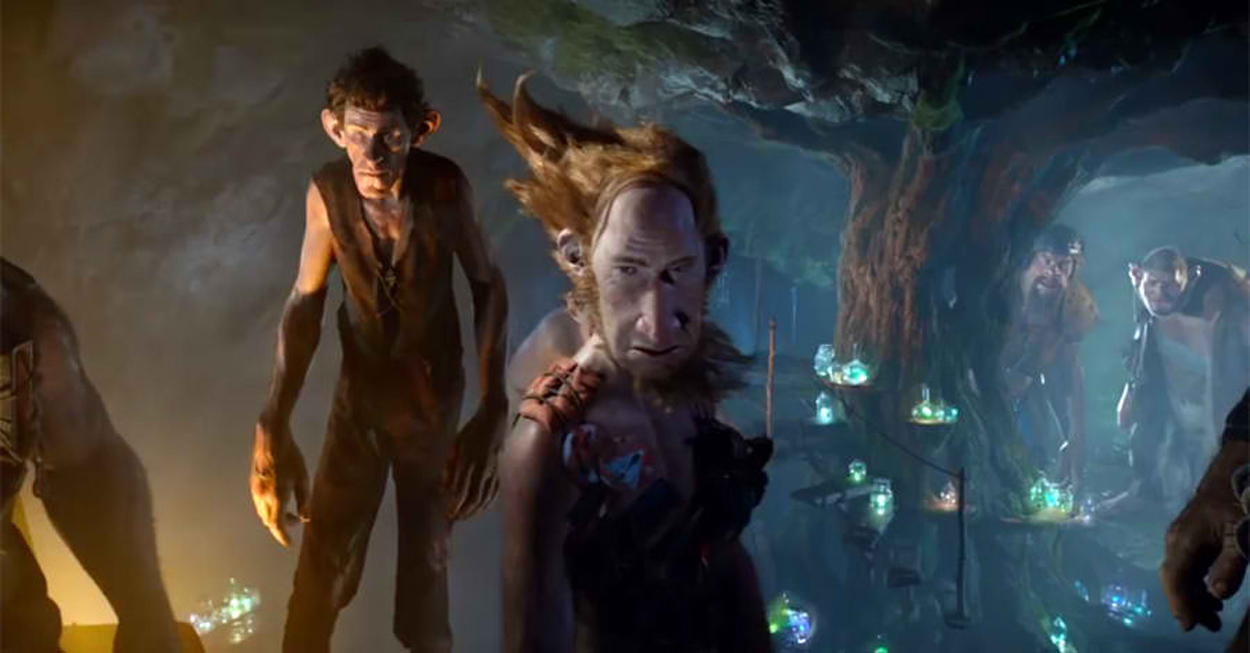 Finally, Butcherboy, who is played by Daniel Bacon (“The Day the Earth Stood Still”), walks with a limp, the result of a fight with Meatdripper which left him partially paralyzed. He would love to someday be top dog but knows it will never happen, and he has a chip on his shoulder as a result.

The Vengeful Ghost Comes at You in “Rings” Payoff Poster