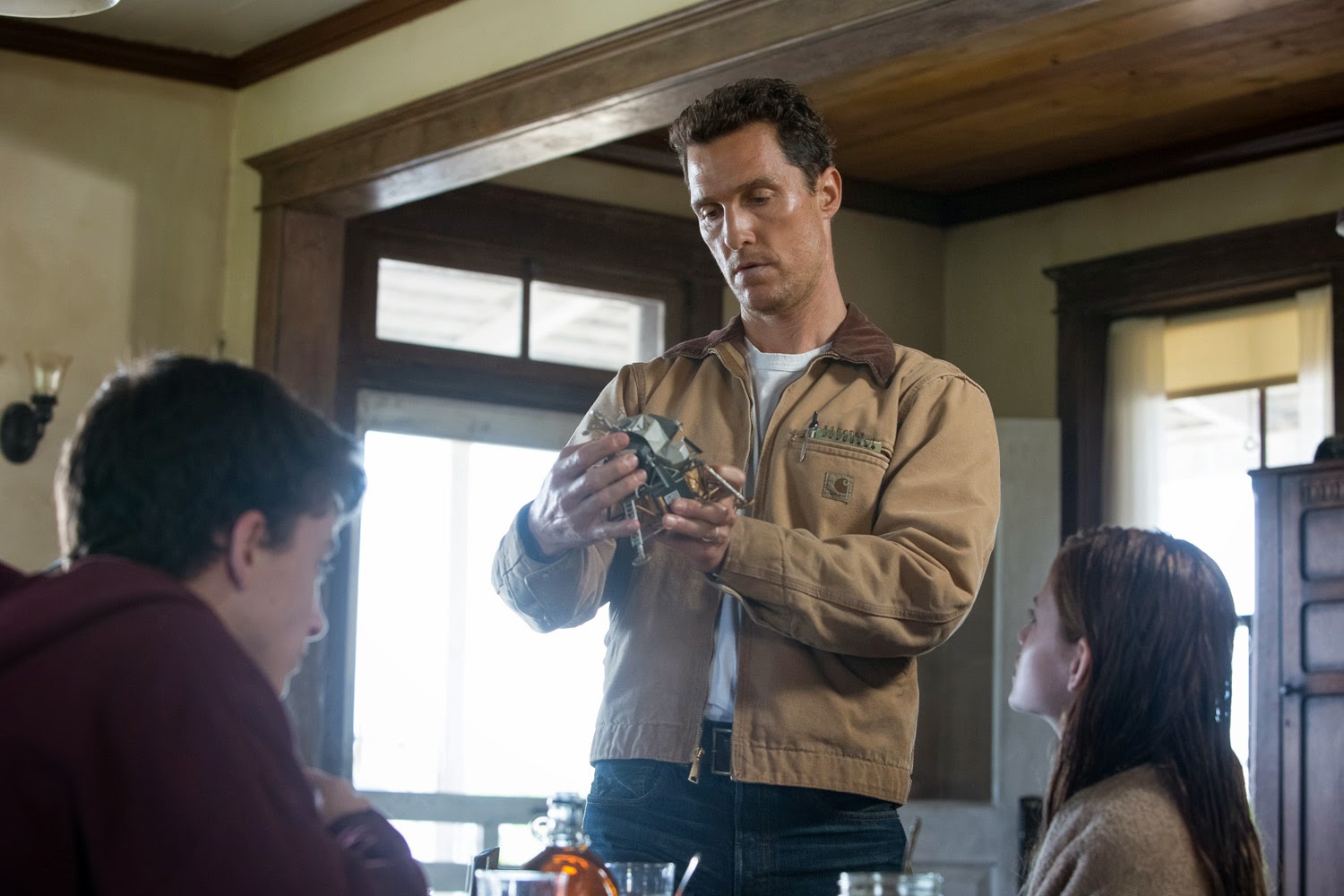 With our time on Earth coming to an end, a team of explorers undertakes the most important mission in human history: traveling beyond this galaxy to discover whether mankind has a future among the stars, in Warner Bros. Pictures’ futuristic thriller “Interstellar.”

Ask Christopher Nolan’s partner Emma Thomas—who is producing “Interstellar” with Nolan and Lynda Obst—what the film is about, and she doesn’t speak immediately of space ships and interstellar travel to inhospitable alien worlds. She goes right to its heart: “For me, it’s really about the incredible human spirit of adventure and exploration. There are a lot of big questions asked by the movie, but, ultimately, what it comes down to is a story about family and human relationships. And I think that’s a pretty amazing thing.”

Realism to Nolan is about finding the rich seam of humanity in any grand adventure. At the core of “Interstellar” is one family: sister and brother Murphy and Tom (played by Mackenzie Foy and Timothée Chalamet), their grandfather Donald (John Lithgow), and their dad Cooper, played by Mathew McConaughey.

“I’m a pilot—that was my dream,” McConaughey says, using first person to describe his character, Cooper. “I was going to explore and wander and go out there…” he points to the sky. “Then I was grounded: One, by life’s circumstances—family; and two, by circumstances of the world in this future that Chris and his brother [Jonathan Nolan] created. It’s a future and an existence where exploration and invention and wonder are not only not needed, you can’t do it anymore. It’s a life of sustenance, to stave off extinction. ‘Don’t get any bright ideas, mankind.’ And my guy’s [told], ‘Hey, we need you to be a pilot again. And you’re not literally chasing your own dream; there’s a massive responsibility behind this. We need you to pilot our ship.’”

The story of “Interstellar” begins here, on Earth. Except, as envisioned by Jonathan ‘Jonah’ Nolan and Christopher Nolan, it is an Earth of the not-too-distant future reshaped by a crisis that draws its spiritual roots from the Dust Bowl—the Depression Era drought that saw America’s prairies hurling up huge dust storms that choked the country’s heartland. Thomas explains, “The issue is how to feed everyone. The emphasis is on agriculture, but it’s not really idyllic. It’s a difficult time.” 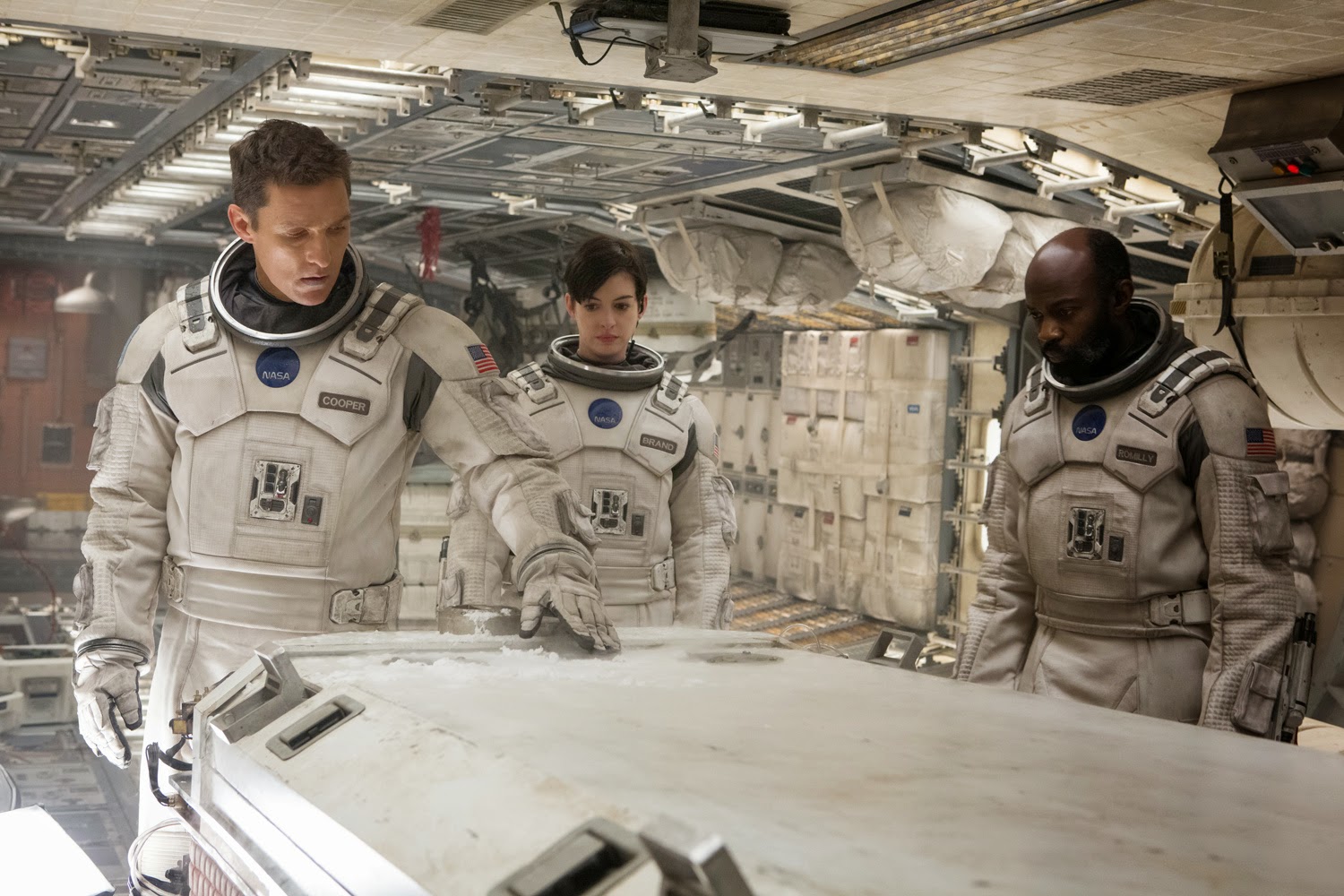 This is the world Cooper and his family have inherited. But not everyone has given up. A team of scientists has discovered a wormhole—a tunnel through space-time—that could potentially allow travel across unimaginable distances. The Lazarus mission is launched as a quest to find potentially inhabitable planets outside our solar system—a new home. The ship has already been built, and Cooper is the only man with the skills to fly it. But the risk of piloting a mission to save his children’s future is the possibility that he will never see them again.

For Nolan himself—a father of four—the project is clearly personal. “It’s about all kinds of things—how we define ourselves and who we are in the universe—but, for me, it’s about being a father,” he reflects. “I think putting those ideas foremost in my process gives the story to the film, rather than just enjoying the space elements for space’s sake.”

Opening across the Philippines on Nov. 6, 2014 in theaters and IMAX®, “Interstellar” is distributed by Warner Bros. Pictures, a Warner Bros. Entertainment Company.