Illumination Entertainment’s inaugural theatrical short, “Mower Minions”—a never-before-seen short film starring the Minions—will debut in front of “The Secret Life of Pets” when it arrives in Philippine theaters on August 24.

Correlating to the format in which “The Secret Life of Pets” is showing in specific theaters, “Mower Minions” will be available in both 3D and 2D.

The short film stars the iconic Minions, who first appeared in the blockbuster “Despicable Me” franchise and who most recently starred in 2015’s massive hit “Minions,” which grossed more than $1.15 billion at the global box office and became the second-biggest animated title of all time. Continuing the unpredictable journeys of Gru’s curious and subversively sweet band of yellow brothers, “Mower Minions” represents the first time ever that Illumination has released a short film theatrically. 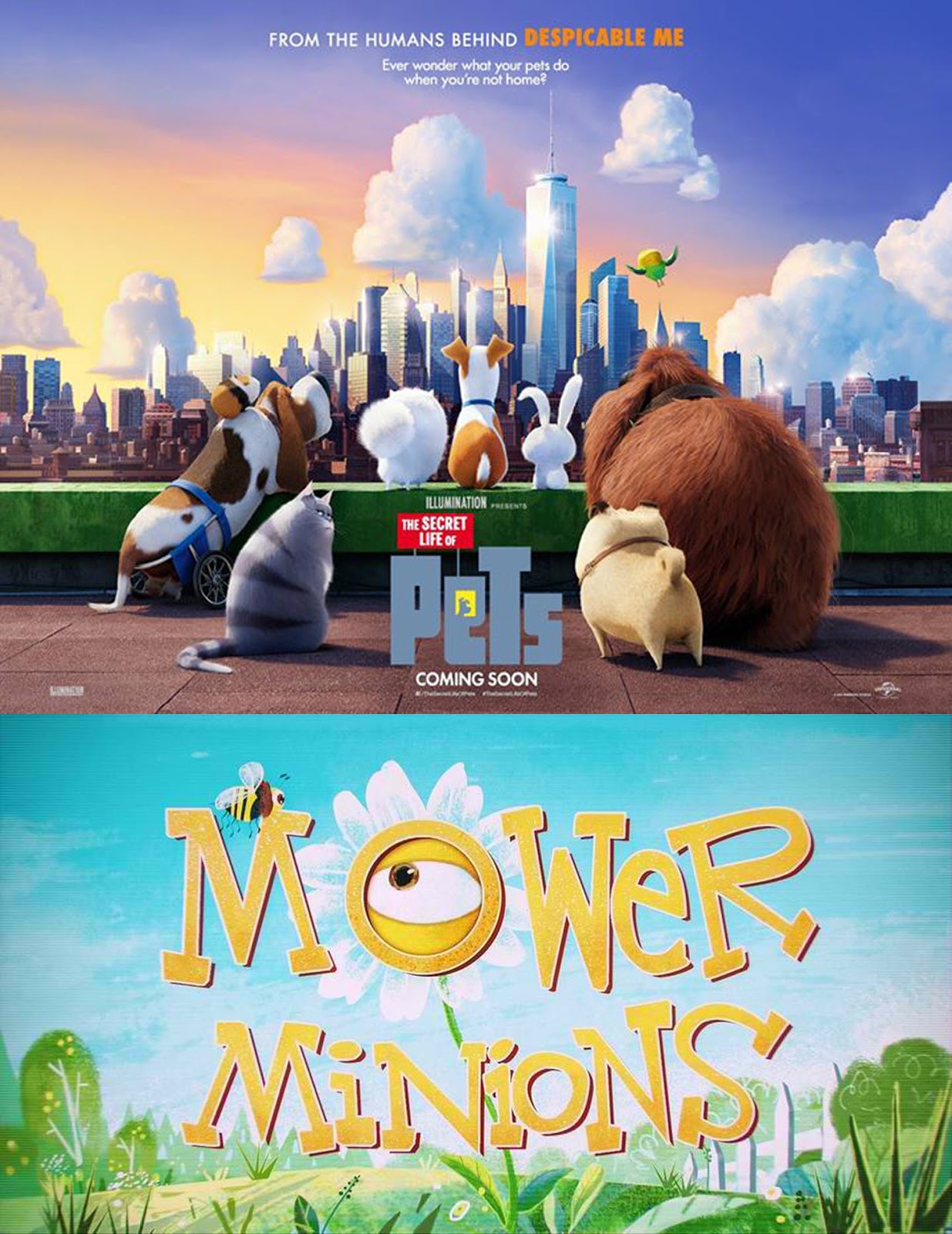 Directed by Bruno Chauffard & Glenn McCoy, “Mower Minions” is produced by Chris Meledandri and Janet Healy and written by Glenn McCoy and Dave Rosenbaum. The executive producer is Chris Renaud, and the cast is Pierre Coffin as the voice of the Minions, while Jody Gelb plays Barb and Ella and Dave Rosenbaum portrays Dave. Additional voices are provided by Eric Osmond and Chris Renaud, while the associate producers are Robert Taylor and Brett Hoffman. The music is by Michael Gatt, and it is edited by Gilad Carmel and Eric Osmond.

“It’s been a year since Minions appeared on movie screens, and will be another year until they show up in “Despicable Me 3” next summer. Fans are always asking us for more content with the Minions, so the timing felt right for them to star in an all-new short film right before audiences experience Illumination’s newest original film, `The Secret Life of Pets,’” said Chris Meledandri, founder and CEO of Illumination. “The theatrical release of this short serves as an opportunity for some of the most talented storytellers, visual development artists, colorists and story artists in the Illumination family to flex their creative muscles and create a new piece of content for the big screen.”

Ever wonder what your pets do when you’re not around? Illumination Entertainment and Universal Pictures present “The Secret Life of Pets,” a comedy about the lives our pets lead after we leave for work or school each day.

For one bustling Manhattan apartment building, the real day starts after the folks on two legs leave for work and school. That’s when the pets of every stripe, fur and feather begin their own nine-to-five routine: hanging out with each other, trading humiliating stories about their owners, auditioning adorable looks to get better snacks and watching Animal Planet like it is reality TV. 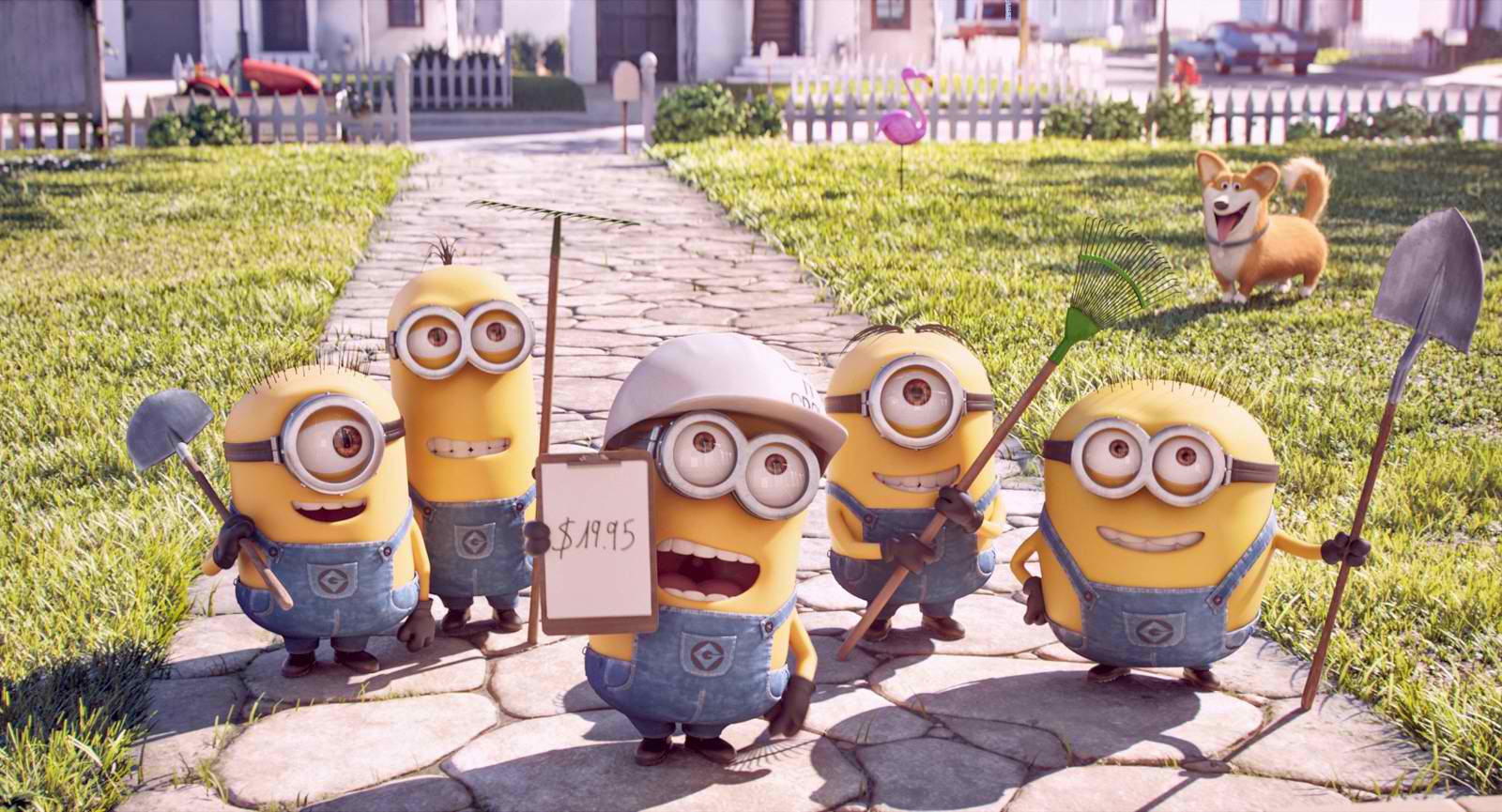 The building’s top dog, Max (Louis C.K.), a quick-witted Terrier rescue who’s convinced he sits at the center of owner Katie’s (Ellie Kemper) universe, finds his pampered life turned upside down when she brings home Duke (Eric Stonestreet), a sloppy, massive mess of a mongrel with zero interpersonal skills. When this reluctant canine duo finds themselves out on the mean streets of New York, they have to set aside their differences and unite against a fluffy, yet cunning, bunny named Snowball (Kevin Hart), who’s building an army of pets who’ve been abandoned by their owners and are out to turn the tables on humanity…all this and making it home before Katie returns at dinnertime.