The three voices in the upcoming film “Smurfs: The Lost Village,” joined officials from the United Nations, UNICEF and United Nations Foundation to celebrate the International Day of Happiness and show their support for the Sustainable Development Goals at UN Headquarters in New York as part of the #SmallSmurfsBigGoals campaign. 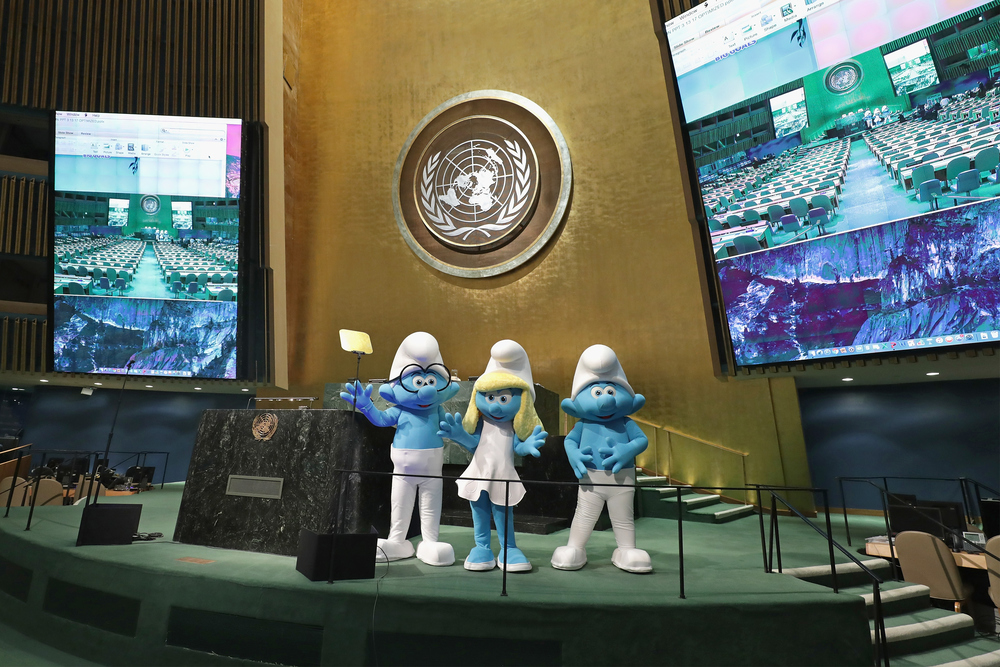 The campaign is designed to encourage young people everywhere to learn about and support the 17 Sustainable Development Goals adopted by world leaders at the UN in 2015. As part of the celebrations, Team Smurfs recognized three young advocates: Karan Jerath (20), Sarina Divan (17), and Noor Samee (17), for their actions in furthering issues addressed by the Goals.

Jerath invented a containment device that could prevent offshore oil spills and ensure the protection of marine life, and has since become a UN Young Leader for the SDGs. Divan expanded a UN Foundation girl empowerment initiative at her high school and beyond, and Samee is a UNICEF blogger and advocate challenging social justice issues and raising awareness of the Sustainable Development Goals.

The #SmallSmurfsBigGoals campaign culminates on the International Day of Happiness, which recognizes that Gross Domestic Product alone cannot measure the wealth and well-being of a country’s population and a more inclusive, equitable, balanced and sustainable approach to growth and development is key to being happy. This idea is closely linked to the 17 Sustainable Development Goals, which have among its aims decent work for all, access to nutritious food, quality education and health services, and freedom from discrimination, giving everyone a chance to enjoy peace, prosperity and happiness. 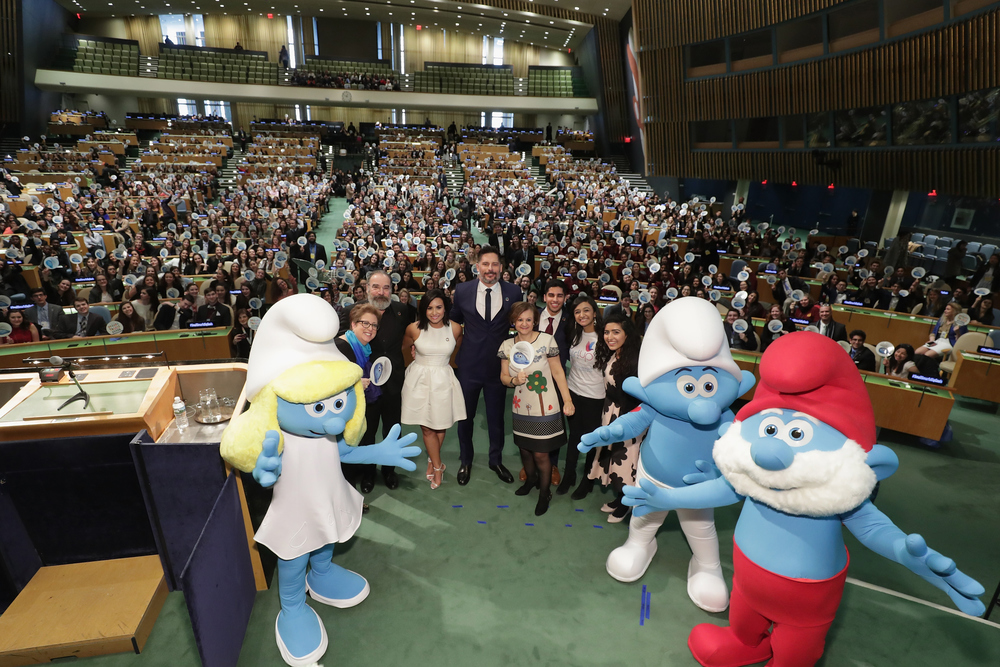 “This inspirational campaign highlights the fact that each and every one of us, no matter how young or old, small or big, can make our world a happier place,” said Cristina Gallach, United Nations Under-Secretary-General for Communications and the Department of Public Information. “We are grateful to Sony Pictures Animation and Team Smurfs for their spirit of collaboration.”

The movie’s U.S. stars Demi Lovato, Joe Manganiello, Mandy Patinkin and director Kelly Asbury, on behalf of Team Smurfs presented the three young students with a symbolic key to the Smurfs Village in recognition of their work in advancing the Sustainable Development Goals as an example for others to follow.

“Today we have seen how the Small Smurfs Big Goals campaign is giving children and young people a platform to speak out about issues they are passionate about. As we celebrate International Day of Happiness, we hope many more young people are empowered to take action on the Sustainable Development Goals and help achieve a world free from poverty, inequality and injustice.” said Caryl M. Stern, UNICEF US Fund President & CEO.

The actors and UN officials went on to address some 1,500 international Model UN students in the iconic General Assembly Hall of the United Nations, where they encouraged all attendees and the public to join “Team Smurfs.” The campaign invites the general public to visit SmallSmurfsBigGoals.com to find out how to contribute to achieving the Goals; discover which goals are best suited to your interests; raise your voice for a better world for all; and share information, ideas and images on social media. 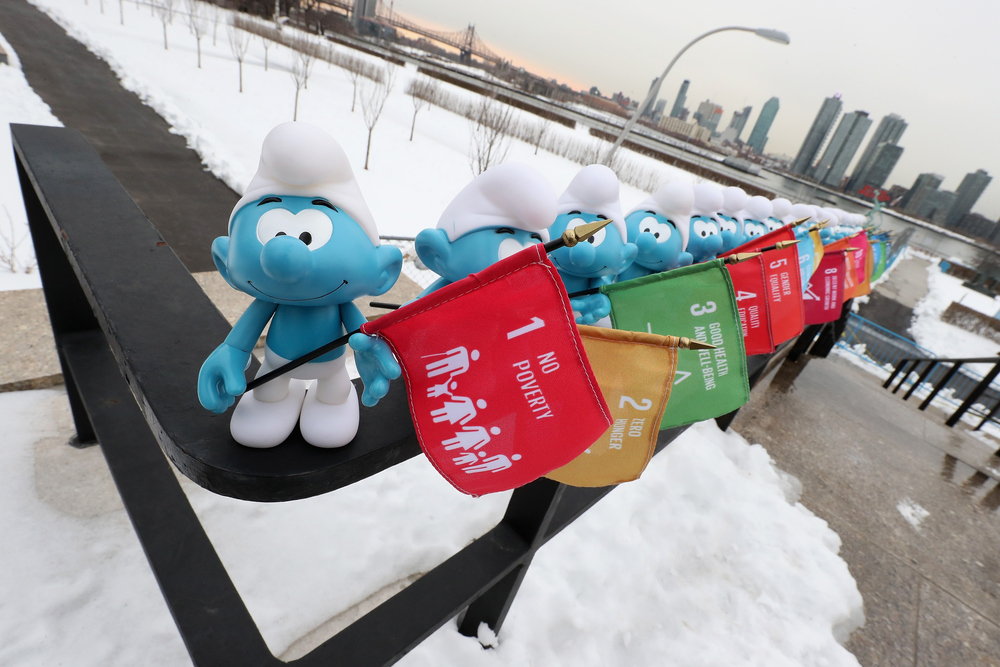 “We hope the campaign will help us all think about how our actions impact the planet,” said Demi Lovato. “Every one of us, even a Small Smurf, can accomplish big goals.”
Along with the event at the United Nations, other celebrations took place in 18 countries around the world including Argentina, Australia, Belgium, Russia, and the UK, to name a few, to help raise awareness for the Small Smurfs Big Goals campaign and the Sustainable Development Goals.

On Monday March 20, the cast and other campaign partners will help turn the Empire State Building blue in celebration of the Day.

“Since 1958, the Smurfs have embodied around the world the universal values of camaraderie, helping one another, tolerance, optimism, and respecting Mother Nature,” said Véronique Culliford, the daughter of Peyo, who created the Smurfs. “It’s been an honor and privilege for The Smurfs to support the United Nations and to continue our longstanding relationship with UNICEF with this campaign focused on raising awareness for the Sustainable Development Goals.”