He has established himself as one of the finest actors of his generation—with an array of emotionally searing and physically challenging roles defining his body of work. Now, Academy Award®-nominated actor Jake Gyllenhaal stars in Universal Pictures’ epic action adventure “Everest” as Scott Fischer – a real-life American climber and guide, and the first American to summit 27,940-foot Lhotse, the fourth-highest mountain in the world.

Fischer grew up in Michigan and New Jersey, taking climbing courses after being inspired by a show he saw on television. Beginning in 1970, he climbed the world’s highest, most challenging peaks and introduced the intensity and the joy of the mountains to many others. As a climbing instructor and guide for more than 25 years, Fischer understood that the discovery and challenge of climbing could transform people’s lives. 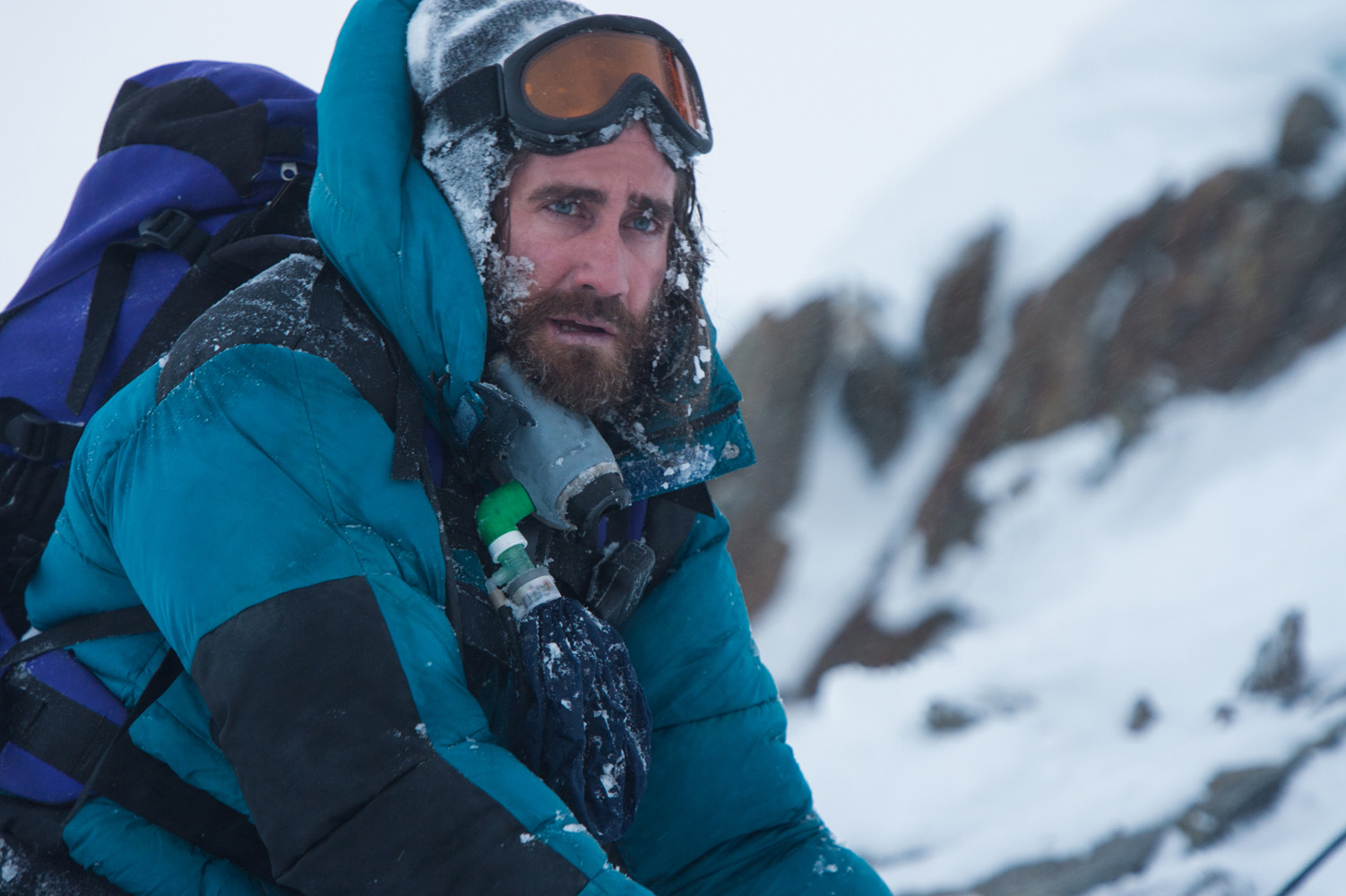 In 1984, Fischer founded Mountain Madness, a service for guiding clients to the summits of the world’s highest mountains. He led a cleanup expedition in 1994 to Everest, reaching the summit for the first time. May 1996 marked his first commercial expedition leading others to the summit.

Fischer was known for his fun-loving approach to life. Gyllenhaal nevertheless approached the role, and the responsibility of tackling it, with much zeal. “My interest in this movie has always been about the people who climbed Everest on this expedition and their reasons for doing it,” Gyllenhaal says. “I think the simple idea of climbing Mount Everest is exciting. But it’s each person’s reasoning for doing it that is truly fascinating. Everest begs the questions inside all of us: What do we want to accomplish in our lives?

What gives our lives meaning? This mountain, literally or figuratively, asks that question to everyone. It’s a metaphor for so many things, and it is Mother Nature humbling us.”
Gyllenhaal discovered what many climbers before him had long known: “It’s not about getting to the top; it’s about community and the connection with the climbers around you. The summit is not always literal. It would seem to me that the real summit is the connection to the people with whom you are climbing. We don’t realize that we’ve summited already, in the relationships that we make. Sometimes, as in the case of this story, it’s too late before you realize that.”

Gyllenhaal appreciates the challenge of adapting and interpreting a real story without distorting its facts. “You’re tied to the facts,” he insists. “But at the same time, you need to bring your own truth to the situation. I think that all of us are trying to become these people, their essence, while staying true to what we believe.”

In researching the role, Gyllenhaal corresponded with Fischer’s children, coming to understand the tremendous respect the mountaineering community had for their father. Says the performer: “They talked about going to Nepal themselves, heading to the base of the mountain and meeting many of the people who knew their father. So often, the response from his children was one that was full of love toward their father—how much he listened, how fun he was, how loving he was. I think Scott’s attitude kept him very present and positive, and that attitude was contagious to those around him. He didn’t fear death, and it was the general appreciation of life—particularly when he was climbing—that made him such a great guy to be around.”

While coming directly from another project limited Gyllenhaal’s preparation time, he is naturally athletic and did find time to train for high-altitude exposure. He describes an experience with co-star Josh Brolin, which gave him an inkling of the situation the climbers would have faced.

“We were in altitude simulator at 30,000 ft. for 10 minutes,” notes Gyllenhaal. “Josh and I decided to stay longer. We thought we could handle it, and we were feeling good. We were laughing and talking about the fact that we didn’t think it was so bad, and then, all of a sudden, we got out of the chamber and just felt sick. We went from laughing to immediately feeling low energy and sad. It was an incredible realization. We realized the power of being so high up and what that does to your mind. You’re not thinking the way you should be thinking, despite your best intentions, and so you are not acting the way you would in normal life. It became very clear how hard it is to survive at such a high altitude.”

Opening across the Philippines on Sept. 16, 2015, “Everest” is distributed by United International Pictures through Columbia Pictures. Experience “Everest” in IMAX 3D and on premium large-format 3D screens, as well as in standard 2D and 3D.