Considered as the master filmmaker of the romantic-comedy genre with a prominent female perspective, writer-director Nancy Meyers (“It’s Complicated,” “Something’s Gotta Give,” “The Holiday”) is back with another heartwarming comedy, “The Intern” starring Oscar-winners Robert De Niro and Anne Hathaway.

In the film, De Niro stars as Ben Whittaker, a 70-year-old widower who has discovered that retirement isn’t all it’s cracked up to be. Seizing an opportunity to get back in the game, he becomes a senior intern at an online fashion site, founded and run by Jules Ostin (Hathaway). 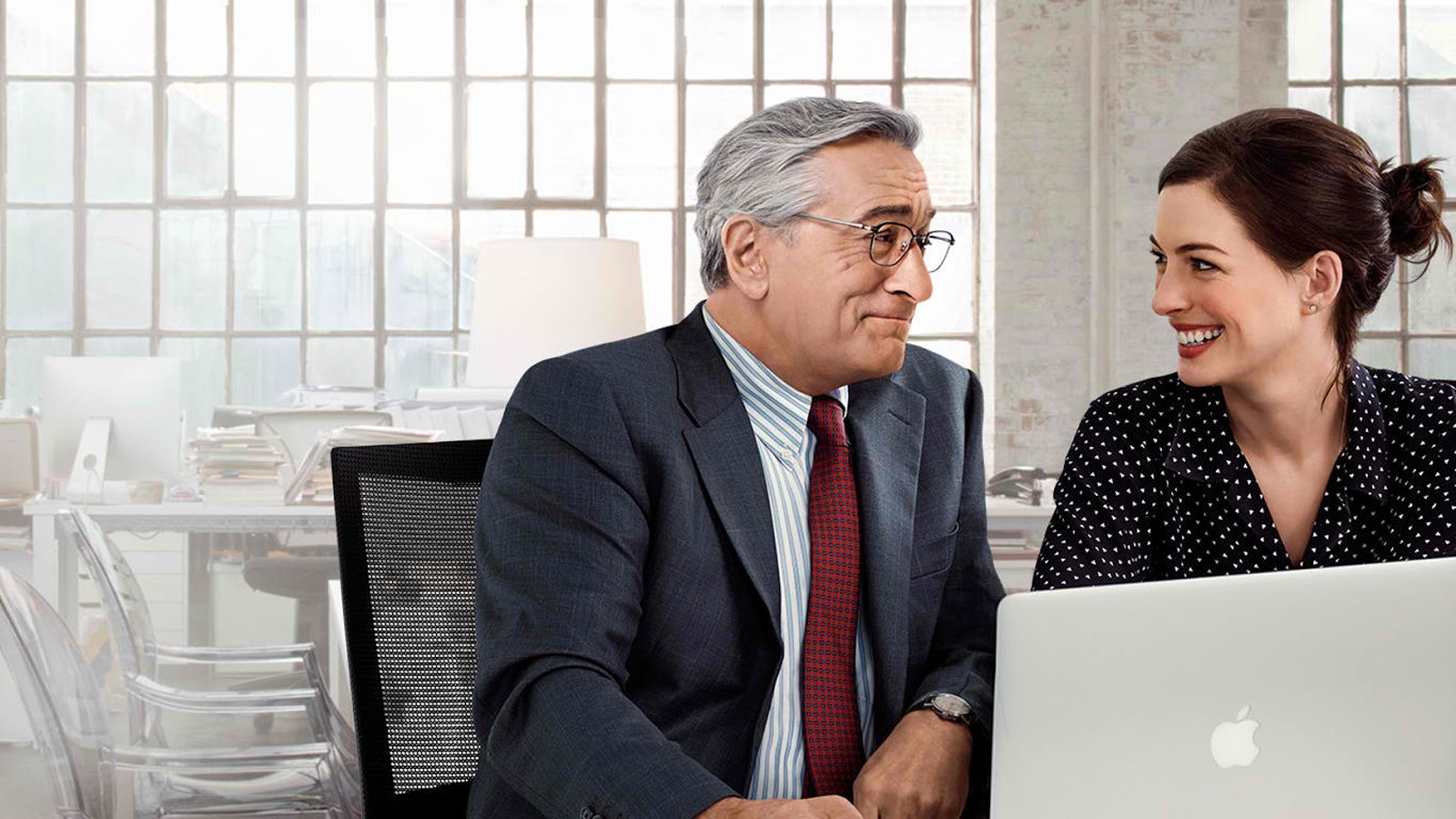 In the following interview, Meyers discusses the film, her own experience as a mom who got shamed for working, and how she made De Niro smile more times than all his past movies combined.

Question: In “The Intern,” Ben [Robert De Niro] makes an impression on Jules [Anne Hathaway] because he’s observant and listens, which seems to be a theme in your films. Do you think that quality is getting harder to find in men?

Nancy Meyers: When I wrote What Women Want, I think the copy line was ‘Finally…a man is listening.’ And when I made that movie, I was thinking that the bottom line is that when he listens, he learns and becomes a better man. It’s not ideal that men are from Mars and women are from Venus! Ben doesn’t suffer from that problem. He’s open and nonjudgmental. He’s the friend I think we all wish we had.

Q: Do you recall the image or idea that first planted the seed for you to write The Intern?

Meyers: I guess the initial thought was an older man choosing to work as an intern as a fun learning experience, and then that grew into thinking about what impact he would have on those he worked with who were so much younger. And, of course, a women boss felt like the right choice and an authentic one.

Once I had the idea of an older guy in a younger workplace, I knew there would be a lot I could do with that… I could see the seeds of a story beginning to grow.

Q: In the movie, Jules’s start-up is gaining some success and there’s talk about bringing someone in to help with the management. Can you talk about that?

Meyers: This is what I read they told [Facebook’s] Mark Zuckerberg in the beginning: They told him they needed to bring in another CEO and obviously he said no. In our movie, Jules came up with this idea but then very quickly she had 200 people working for her. Her investors wondered if she was the person to scale this company or did she need help? From the research I did, I learned this is an ongoing discussion at start-ups. Is the person with the initial idea the same person who can turn this into a huge business? Is it the same skill set?

In a way, it is similar to what a writer/director experiences: ‘I know you wrote the movie, but are you the person to direct it?’ I think the answer is yes. As a writer who became a director, I didn’t really know about the camera and lenses, but as Orson Welles said, you can learn all of that on your first day. But what you can’t learn is how to come up with the big idea and how to execute it, and I think once you take the creator out of the company, you lose the beating heart…and the passion.

Q: Jules also finds herself getting shamed from her fellow mothers as a working woman who doesn’t always have time to bring her daughter to school.

Meyers: Well, that happens… I think there’s a subtle and sometimes not so subtle friction between the working mom and the non-working mom. Everybody knows how hard it is to raise children but I am not sure everyone understands how hard it is to do that and hold down a job.

Q: Have you ever experienced something like that in your own life?

Meyers: Yes. The scene in the film where they’re having a fiesta at school and suggest that Jules can actually buy the Guacamole and not make it at home, because she obviously doesn’t have the time—well, that really happened to me, in 1983. And I checked to see if the same subtle shaming happens in 2015. I had a dinner in LA with all kinds of working mothers, and they all said, ‘Oh, yeah. We get that all the time.’

Q: This is your first film with Anne Hathaway and Robert De Niro. What was the experience like for you?

Meyers: Wonderful. Anne is full of energy, resourceful, very clever and extremely skilled. It’s fun to direct her because that acting well is very deep and that’s a great advantage for a director. And she’s so sweet, and great with the crew and all of the other actors. She’s a pleasure, really.

And, De Niro is simply one of the best there’s ever been. That’s all there is to it. The way he embraced the part of Ben was remarkable… You don’t really know what someone is going to do with a part until day one. The first time I saw him in character as Ben, I knew what kind of movie we had. We were in the coffee shop where he is getting take-out coffee. There’s a little piece at the head of that scene where he’s standing alone, waiting for the coffee, no one is noticing him, and I was watching Bob’s body language, how he stood and waited so patiently, with his hands folded in front of him. I was standing there thinking, ‘Oh my God, there’s Ben,’ this humble man, feeling quite diminished in this scene but doesn’t show it… It was as if the Ben in my head has transferred over to Bob and he was now real. I didn’t tell him what that moment was like for me until the last day of shooting.

Bob’s been in comedies before, but he sort of trades on being somewhat threatening, like in Meet The Fockers, but there’s just no sign of that at all in Ben.

What did you think? Have you seen this side of Robert De Niro before?
Q: No. And it’s amazing.

Meyers: I think he has smiled more in my movie than all his smiles in all his movies put together. [Laughs] He’s really so wonderful and authentic in this and the way he played Ben day after day while we made the movie… such great consistency in his choices… he was the glue we all needed and the glue the film needed.

Opening across the Philippines on Thursday, Sept. 24, “The Intern” is distributed by Warner Bros. Pictures, a Warner Bros. Entertainment Company.