Charlie Heaton (Stephen) is a young British actor who captured Hollywood’s attention with his performance in Candida Brady’s Urban & the Shed Crew, alongside Richard Armitage, Anna Friel and Neil Morrissey. He currently stars on the popular Netflix series “Stranger Things,” opposite David Harbour and Winona Ryder.

Heaton lensed his role of SHUT IN’s Stephen before STRANGER THINGS, and the movie marks his first co-leading role after supporting turns in British features and TV. In the opening scene, Stephen and his father get into an auto accident that kills his dad and leaves the teen unable to move or speak, requiring constant care from his stepmother, child psychologist Mary Portman (Watts). The two live in a remote New England house, and after one of Mary’s young patients (Jacob Tremblay of ROOM and BEFORE I WAKE) mysteriously disappears.

Since this was your first major movie part, was there a moment when you were going through the script (by Christina Hodson) and thought, “Oh, man, all I do is sit in a wheelchair or lie in a bed!”?

Well… [Laughs] No, that was kind of comforting, in a way! I remember reading the screenplay for the first time in LA; I was there for pilot season, doing three or four other things at the time. This script was sent to me, and I started reading it, and it was a page-turner; I just wanted to find out what was going on, because I really couldn’t predict what was going to happen. So I wasn’t distressed about that element at all.

How difficult was it to play a character who is immobile for much of the film?

It was actually quite fun to come to set and be told, “OK, today, Charlie, you’re just going to be lying in the bed all day.” But actually, staying still was a challenge. I watched a lot of videos about people in vegetative states; there’s a thing called Locked-in Syndrome, which is where you’re awake but trapped in your own body. There’s a French movie about that, THE DIVING BELL AND THE BUTTERFLY, and that was one I saw. I spent a lot of time in my trailer trying to relax my face and loosen my lips and work out the eyes, because that’s the hardest part, trying to be glazed behind the eyes, and moving them and having them drift naturally. I practiced doing nothing quite a bit, which is harder than you’d think. When they call “Action,” and you’re like, “Don’t move…” [laughs], it’s a bit difficult.

I’ve read interviews with actors like James Caan from MISERY, who had to be stuck in bed for long periods of time on that movie, and it drove him crazy. Did you ever experience that?

Yeah, I know what you mean! We did this one scene where Stephen’s in the bed, and they attach wires to him and give him small shocks to kind of activate his muscles, and every time they set that up, once they were attached, it was like, “OK, now you can’t move,” and I thought, “I just want to walk, I want to get up!” 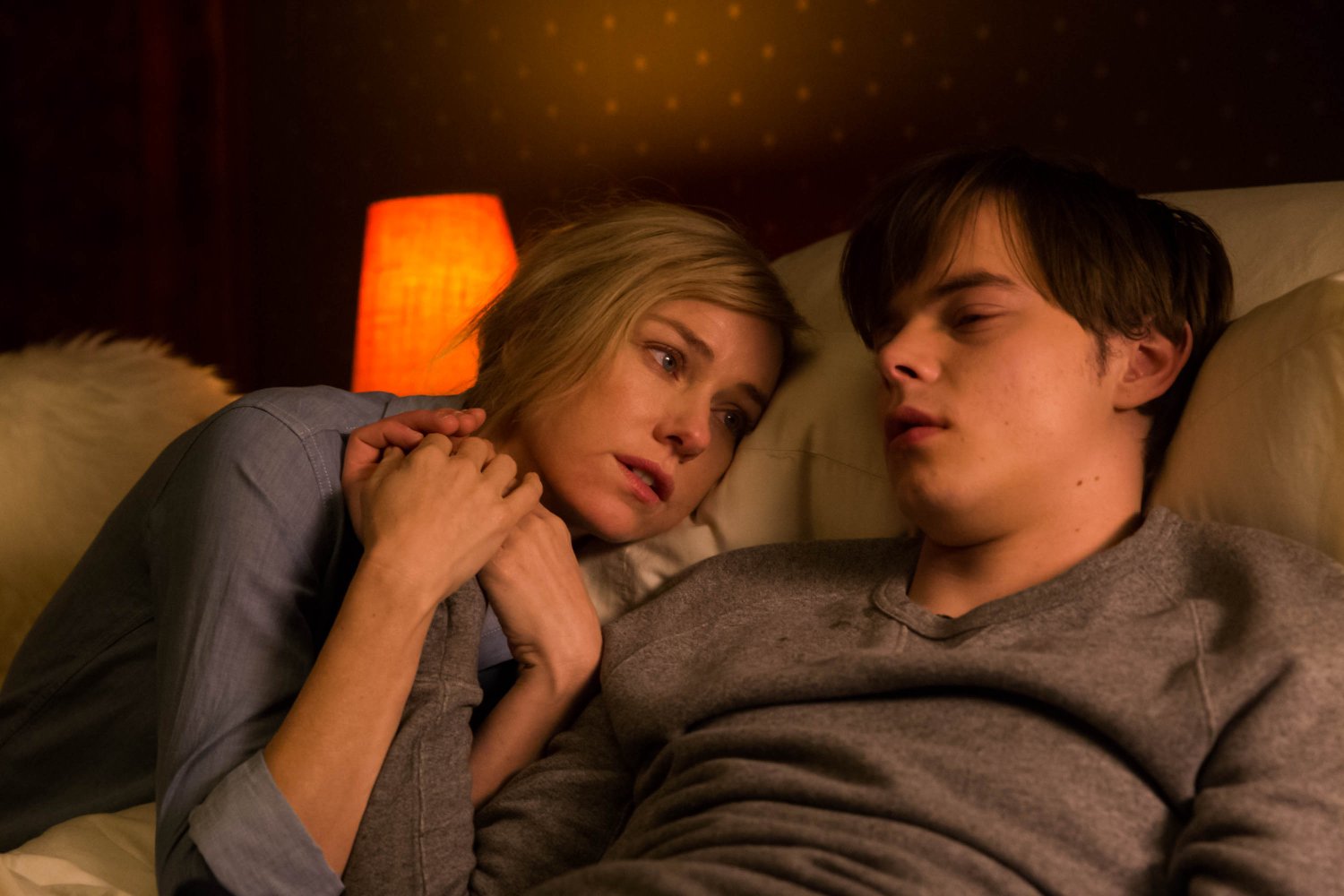 Did you get up from the chair or bed in between takes, or did you stay “in character” in them when the cameras weren’t rolling?

To begin with, I did; I was like, “OK, on my first movie, I’m going to be really into this, I’m not going to get out of my chair the whole day.” That didn’t last very long!

How was it working with Naomi Watts?

Amazing. She has obviously done so much great work, and for me, being in my first big movie, I came on kind of nervous, especially to work with someone like Naomi. But she’s so grounded in her nature, very down-to-earth, very supportive; we would do takes together, and she would give just as much on the other side. She made it a very comfortable environment, so for me it was a pleasure. I was able to learn from her, because I’ve never been trained in acting, and the quality of people I’ve managed to work with over the last two years has been fantastic. You watch and learn and react to what they’re doing, because they do it so well!

‘SHUT IN’ is released and distributed by CAPTIVE CINEMA. SHOWING FEBRUARY 22. NATIONWIDE!