Catch the trailer above and watch Going in Style when in opens in Philippine cinemas on April 06, 2017.

Oscar winners Morgan Freeman, Michael Caine and Alan Arkin team up as lifelong buddies Willie, Joe and Al, who decide to buck retirement and step off the straight-and-narrow for the first time in their lives when their pension fund becomes a corporate casualty, in director Zach Braff’s comedy Going in Style.

Desperate to pay the bills and come through for their loved ones, the three risk it all by embarking on a daring bid to knock off the very bank that absconded with their money. 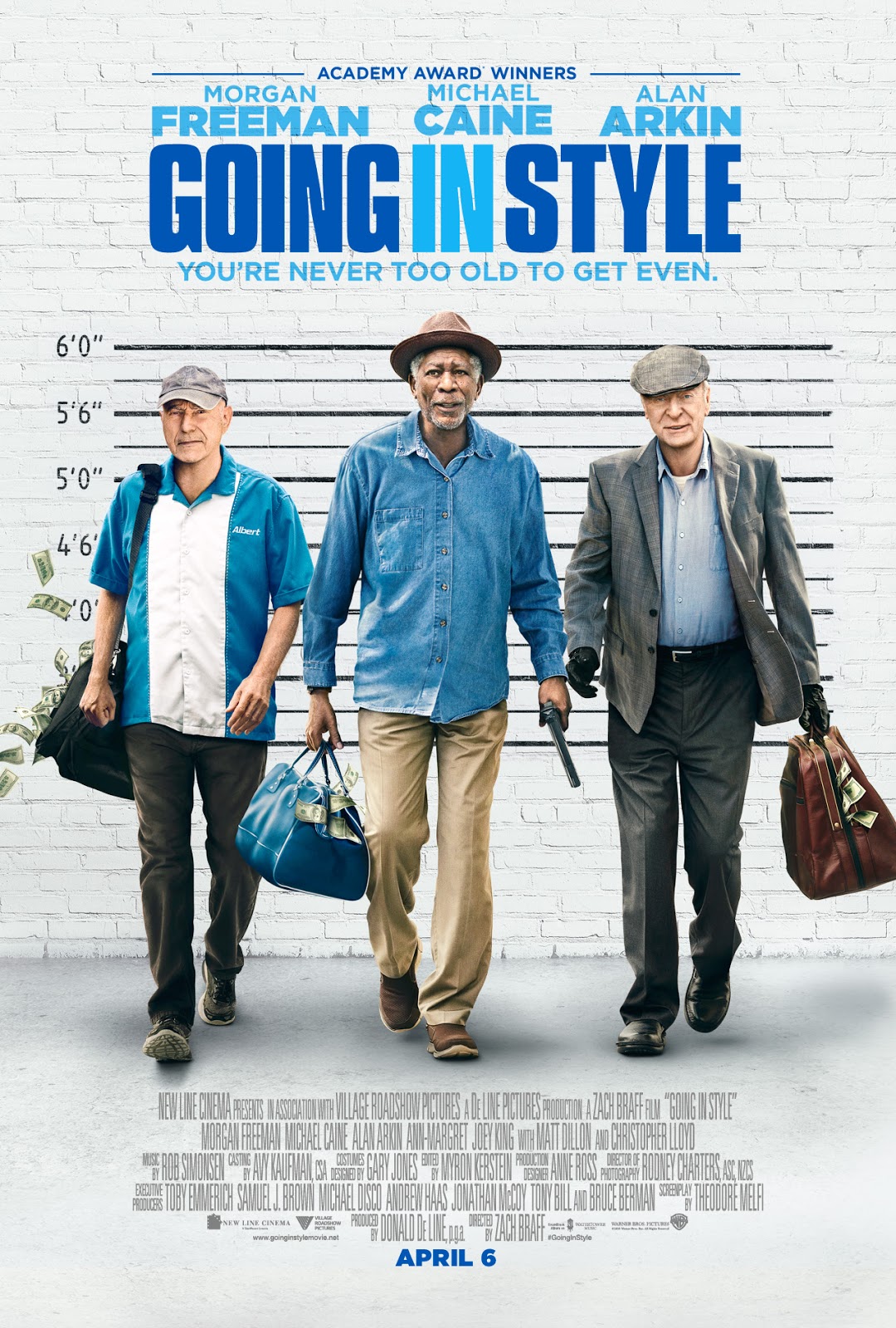 Zach Braff directs from a screenplay by Theodore Melfi.

Going in Style is scheduled for release across the Philippines beginning April 6, 2017. It will be distributed by Warner Bros. Pictures, a Warner Bros. Entertainment Company, and in select territories by Village Roadshow Pictures.