He is known to millions as a vampire in the Twilight saga films and a werewolf in the Underworld franchise. Now, Michael Sheen now stars as Arthur, the android bartender on board the intergalactic spaceship in Columbia Pictures’ exciting new action-thrlller Passengers.

In the film, Aurora (Jennifer Lawrence) and Jim (Christ Pratt) are two strangers who are on a 120-year journey to another planet when their hibernation pods wake them 90 years too early. Jim and Aurora are forced to unravel the mystery behind the malfunction as the ship teeters on the brink of collapse, jeopardizing the lives of the passengers on the greatest mass migration in human history.

An android with a remarkably human upper half, Arthur moves with efficiency, grace, and skill, and responds to passengers’ worries and anxieties with a kind word and warm heart – if a little naïveté. “Arthur is an important element to their mental state, because he’s the closest thing to a human that they have besides each other,” says Lawrence. 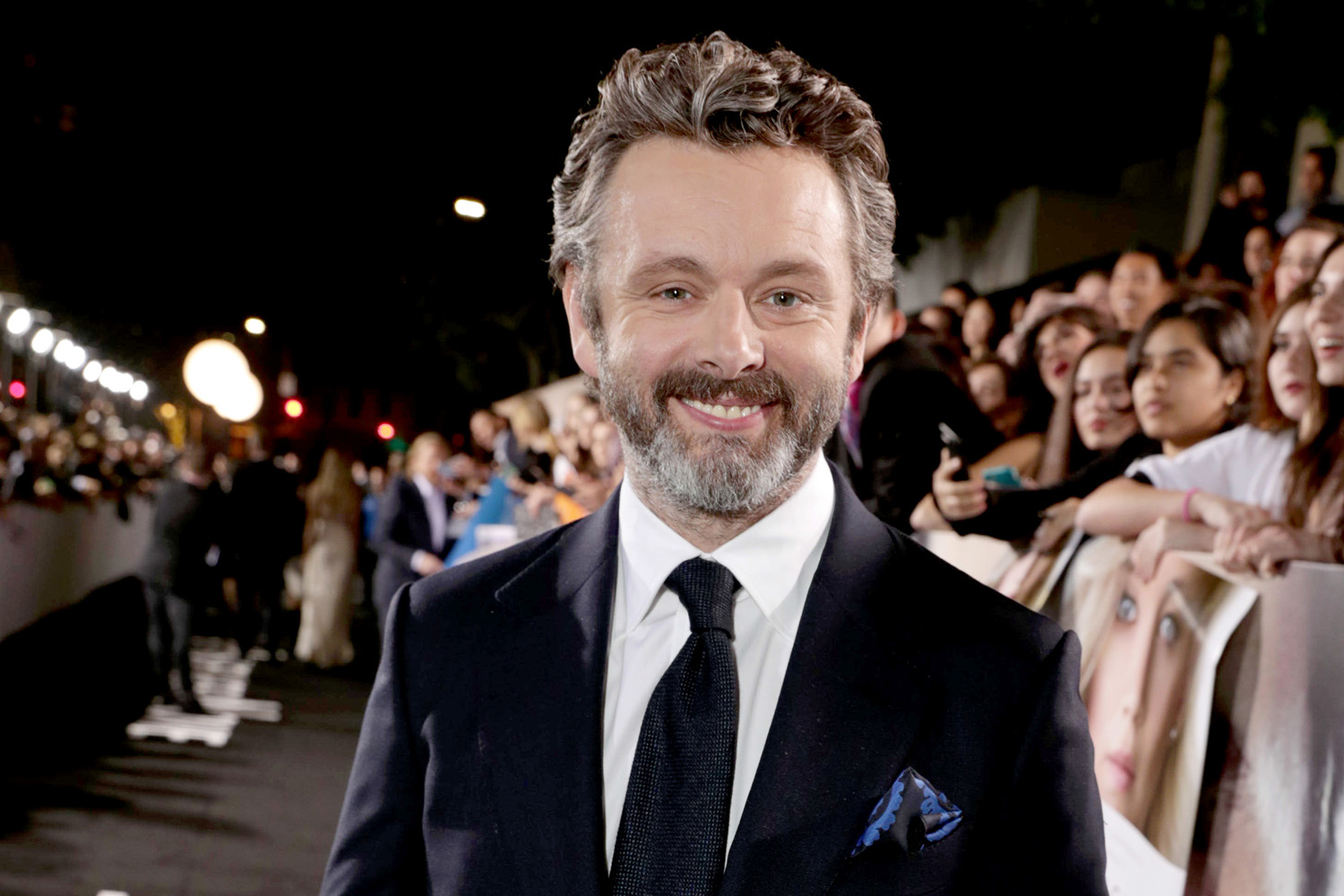 “He’s programmed to be the greatest bartender ever,” says Michael Sheen. “He’s empathetic, he’s able to listen, and he mixes a fantastic martini. But there’s a limit to how much he’s interacted with people: he’s usually dealt with thousands of people in very short interactions, but he’s in new territory with Jim, interacting with one person for a very long period of time.”

So, because Arthur is not quite human, Sheen and director Morten Tyldum discussed just how to shade the performance subtly. “Bartenders are the ultimate confidants, and when Jim meets me, I am someone he can talk to,” says Sheen. “The challenge was I had to figure out the balance of how robotic and how human should Arthur be?”

That was an incredible challenge, one that Sheen rose to meet with a creative, technically difficult, and utterly believable performance, according to Tyldum. “Michael had to bring humanity to it, and at the same time, you have to understand that beneath the surface is a machine, without making it a cliché,” says the director. “There’s a naïveté and a wisdom to it at the same time. He becomes their friend, the one they talk to, the one who gives them advice. At the same time, there was such precision to the performance. He could never look at his hands while doing things, because a machine wouldn’t have to. He was mixing drinks, very casually and with no effort, and talking with incredible comedic timing. That’s incredibly hard, and he pulled it off so flawlessly.”

Part of Sheen’s performance came through a physical transformation, with the help of the on-set special effects team. The team designed a rig to move him swiftly back and forth behind the bar; with Sheen kneeling on the rig, the filmmakers could control his movement, like an android’s – later painting out Sheen’s legs and the rig with a robotic stand.

“The computer-driven rig had to move really smooth and really fast,” says Special Effects Coordinator Daniel Sudick. “We would record a move in sync and in speed with the camera on the computer, and be able to play it back with precision as many times as it is needed.” It took eight weeks for Sudick’s team to build the Arthur rig, and another three weeks to test it to make sure everything worked well together.

Of course, the role required Sheen to be prepared to move with a rig that would start and stop suddenly, without tensing or bracing his body and without revealing any discomfort in his facial expression. “When I accepted the role, I didn’t know what I was getting into,” says Sheen. “The special effects rig moved really fast, but was a great practical build as it made the performance feel more real.”

After production, the VFX department replaced the rig and Sheen’s lower half with the robotic design that controls the bartender’s movements. The result – Sheen’s performance combined with the effects wizardry – is a character that is fully part of the world of the film, according to Tyldum. “You never one moment stop believing that he actually is an android,” he says. “You are fully immersed in the fact that he’s not a human because Michael plays the nonhuman part so well, but at the same time you fall for him and you care for him so much. It’s such a wonderful performance.”

Opening across the Philippines on January 04, 2017, Passengers is distributed by Columbia Pictures, local office of Sony Pictures Releasing International.