In Paramount Pictures’ “Star Trek Beyond” a disaster strands the U.S.S. Enterprise crew on an unexplored alien planet, throwing crewmembers in different directions and forced to survive separately. Says producer J.J. Abrams, “It’s wonderful because we get to see how well these separate pairs work together towards a common goal.”

Thus, the script paired characters who had previously shared little screen time, to see what made each character tick. 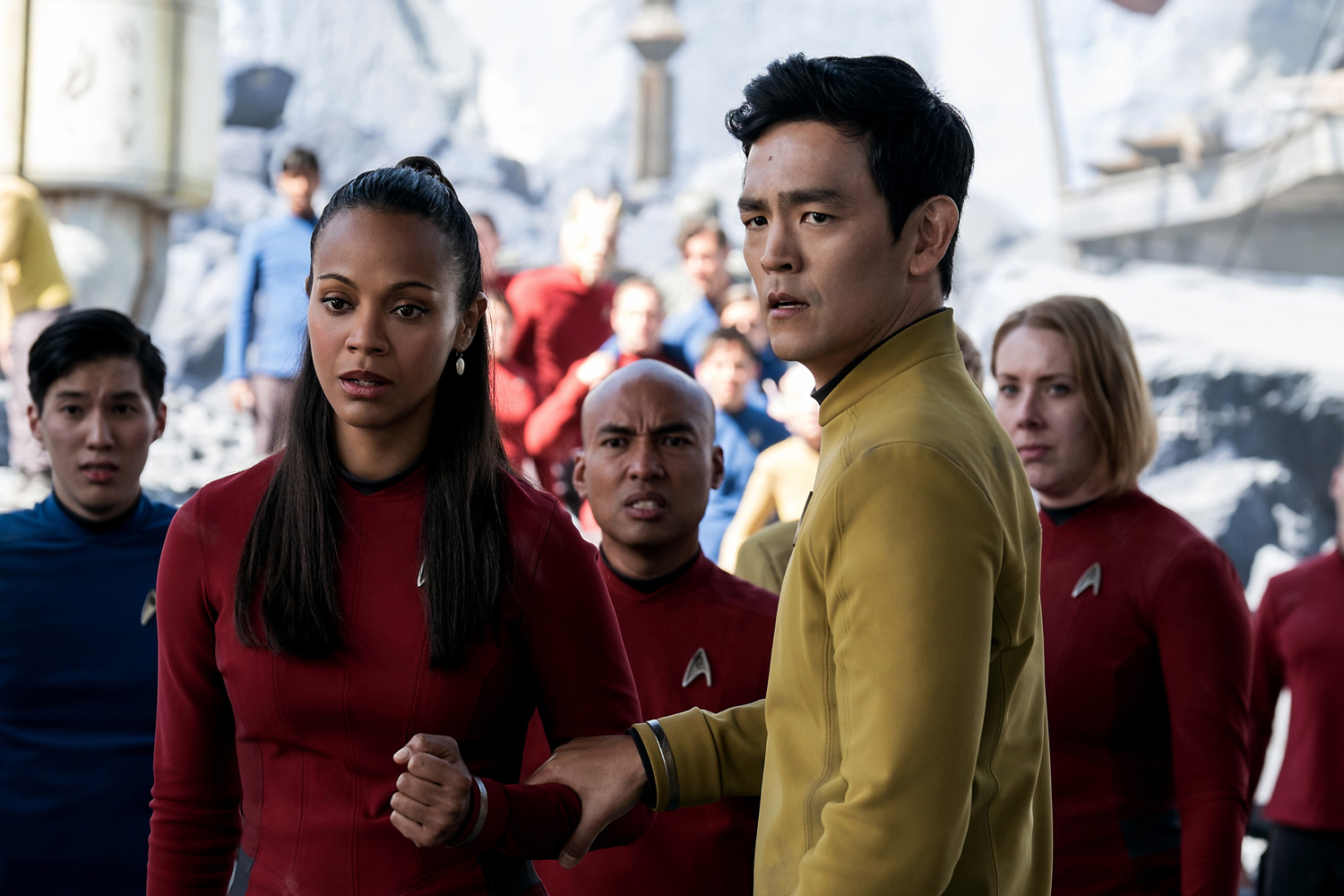 When it came to finding a dramatic and comedic foil for the pragmatic half-Vulcan Commander Spock (Zachary Quinto), the screenwriters immediately knew they wanted to pair him with the ever cantankerous Doctor “Bones” McCoy (Karl Urban). As Captain Kirk’s (Chris Pine) two closest friends, they reliably fail to see eye to eye when making decisions.

“The relationship between Spock and Bones has always been ‘fascinating’, to coin a phrase, and very funny, as they are diametrically opposed to each other in so many ways,” screenwriter and actor Simon Pegg explains. “Yet somewhere beneath that is a great friendship we wanted to explore.” 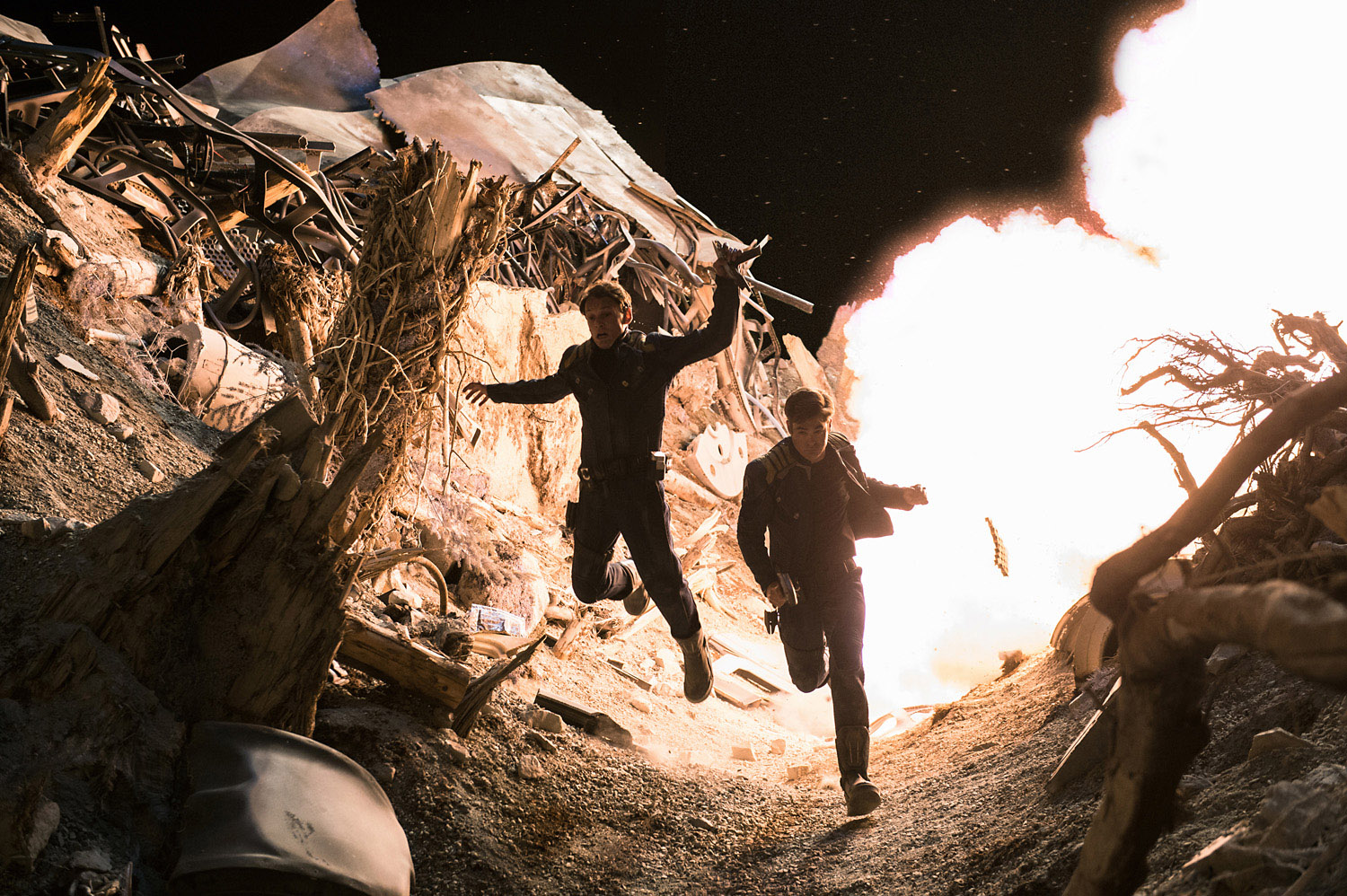 “You get to see the relationship with Bones and Spock develop like you’ve never seen before,” says Urban. “Both of our characters are at a crossroads and dealing with their own internal dilemmas, and being stranded on an alien planet forces us to confront these things together.”

“Spock is much more human and vulnerable in this film,” Quinto explains. “I appreciate the times where the action dials back to give Spock some quieter moments, which are some of the most fun and interesting to play.”

After Spock suffers an injury, Bones finds himself stretched beyond his comfort zone. “He’s a compassionate doctor with a heart of gold who is forced into a situation where he may have to take a life instead of preserving it,” Urban says. “He’s been thrown into the deep end and sort of becomes a curmudgeonly action hero out of necessity.”

In addition to losing the Enterprise, the end of Spock and Uhura’s (Zoe Saldana) relationship provides the film with an additional metaphoric casualty. Says Saldana, “They work together, so it’s a very professional, mature breakup. They’ve been on a five-year mission, and even though they’re tired and extremely homesick they decide to put the mission first and not put stress on their crewmates.”

Before either is able to properly process the split, the ship is torn apart and Uhura finds herself on Altamid with Sulu (John Cho).

Cho had a visceral reaction to the loss of the Enterprise. “My heart breaks every time we hurt the Enterprise a little bit. It’s tough. I’m the helmsman, so I feel some responsibility for its well-being, and it’s gone through so much more than it deserves. This iteration is particularly violent,” says Cho.

“Without the ship, there’s a natural sense of imbalance, which creates some great narrative tension,” Cho continues. “When I first read the script, I loved how much it tonally reminded me of the original show – there’s humor and strangeness, and a sense of familiarity amongst the crew. I had a lot of fun being in smaller scenes with Zoe. 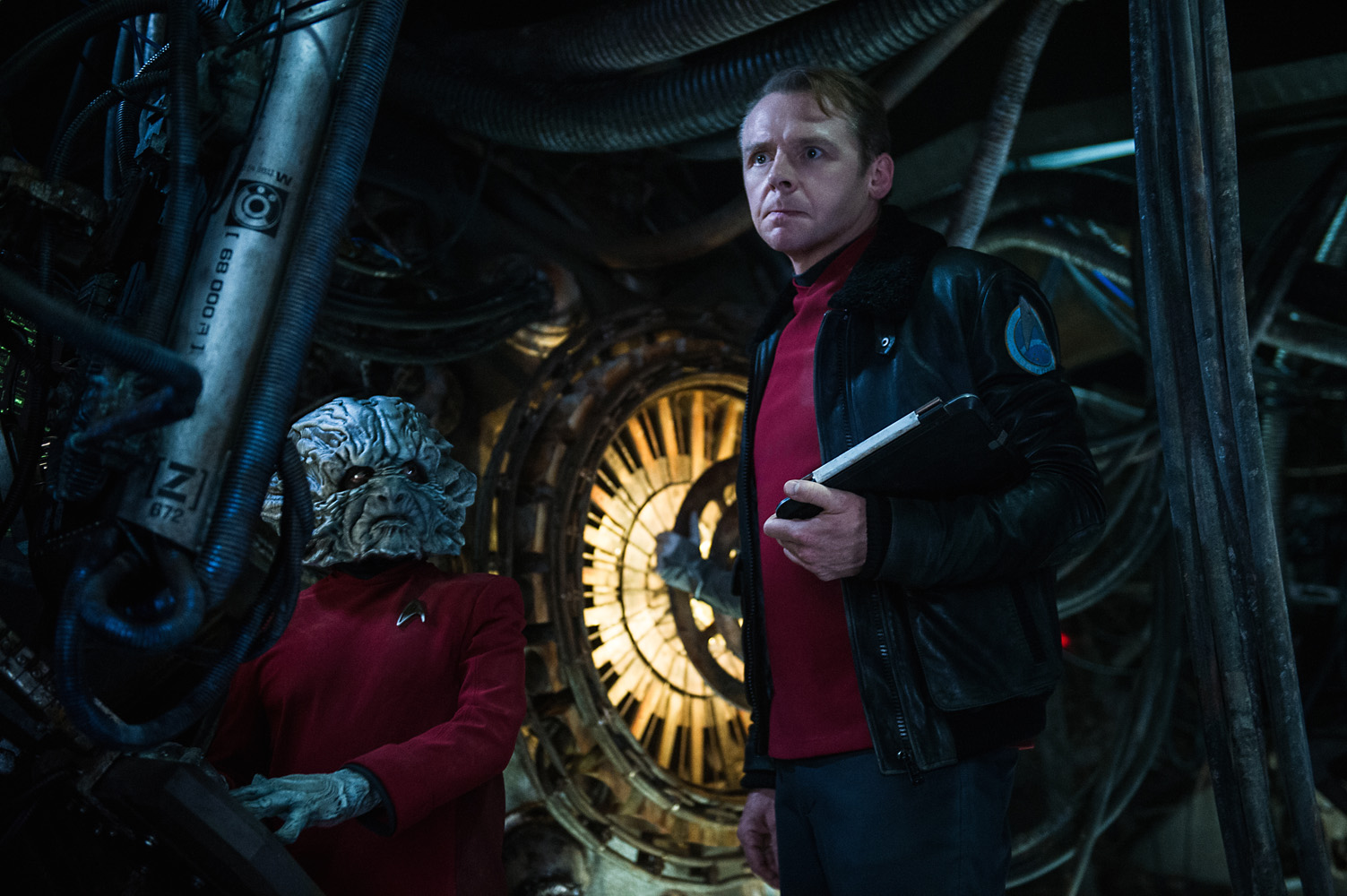 “I realized on this film that Uhura and Sulu are very similar in their commitment to their duty and their faith in their crew,” says Saldana. “They’re counting on the crew as much as the crew is counting on them. It’s a lot like the faith John and I have in each other and the whole creative team.”

“Of the crew, Scotty is probably the most satisfied with his life at the start of the film,” Pegg explains. “He’s doing his thing in the guts of the ship, keeping things moving and obviously, that’s all quickly taken away from him.”

The Music of “Home”