When it comes to filmmaking, Sigourney Weaver is a great believer in the mantra that if it’s meant to be, then it will happen. And working with Neill Blomkamp – a director she had long admired – on Columbia Pictures’ futuristic action-thriller “Chappie” is a good example. 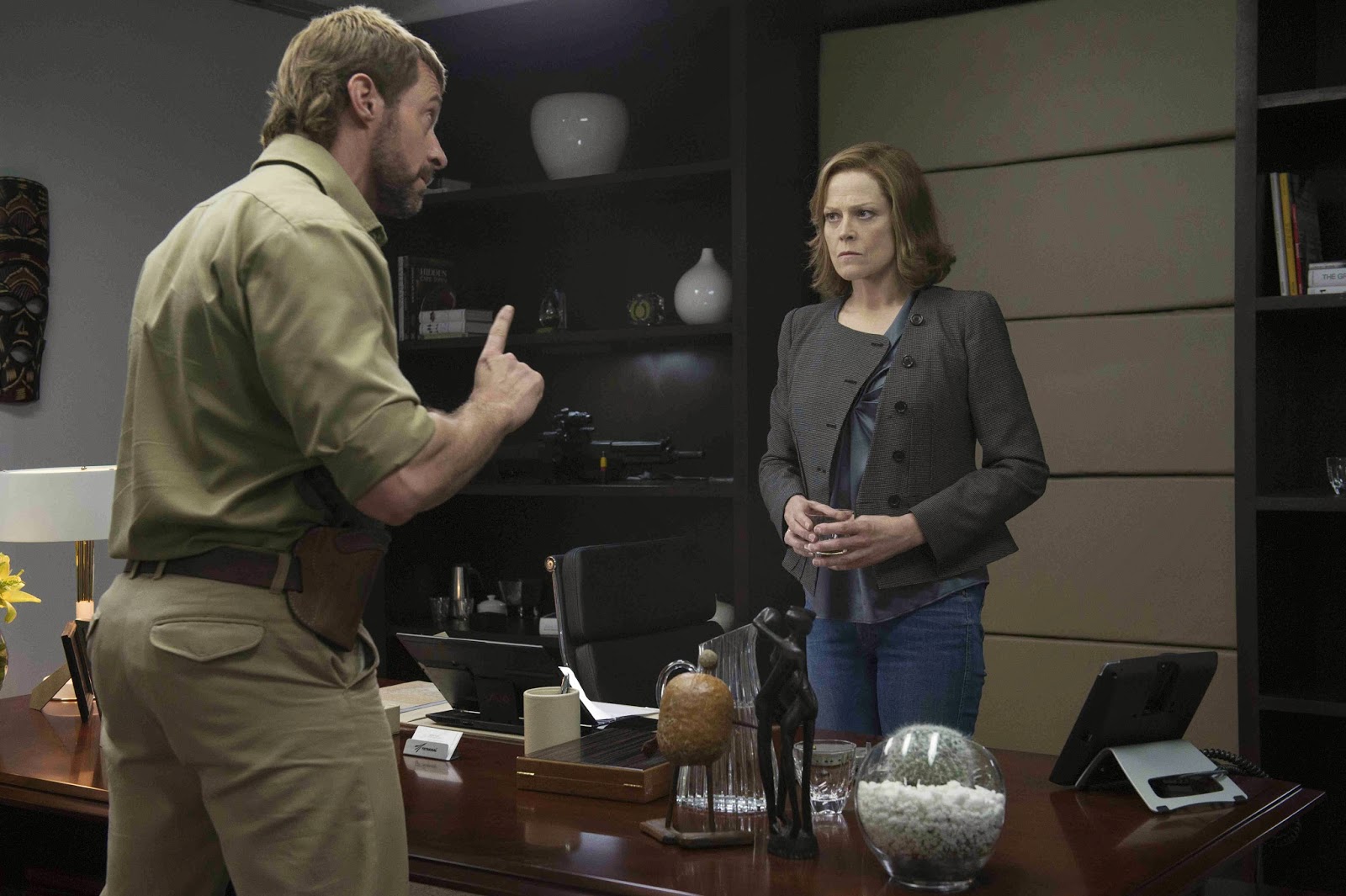 It has, of course, worked out extremely well in the past, too. Ms Weaver, a BAFTA winning, three-time Oscar-nominated actress is, quite simply, one of the very best. Her CV is remarkable: “Alien,” “ Ghostbusters,” “Gorillas in the Mist,” “Death and the Maiden,” “The Village,” “The Ice Storm,” “Avatar” and “Exodus: Gods and Kings,” to mention just a few from a career that spans more than three decades.

She has worked with Ridley Scott, James Cameron, Ang Lee and David Fincher – the very cream of contemporary filmmakers – but she is always on the lookout to team up with young, talented filmmakers who have appeared on her radar.

So when the script for “Chappie” – Blomkamp’s eagerly awaited latest film about a sentient robot who has to survive in a dangerous criminal underworld – arrived on her desk, it was another example of that mantra paying off. It was indeed meant to be, she says.

“It was a great dream of mine to work with Neill Blomkamp, not that I ever got in touch with him – I’m sort of philosophical about these things,” she laughs. “I feel like if it’s meant to be then it will happen.

“He was definitely on my shortlist, but in a sense, because I’m that kind of actor, and I come from the theatre and was an English major, to me it’s always about the script so in this case, it was both director and a great script.”

“I’ve done a lot of highly commercial movies, but, to me, they were always about something as well. Something meaningful to me. Even Ghostbusters.”

“I was delighted to be sent a script like `Chappie’. It goes into the futuristic world, but in such a surprising and intimate way, and I think it will delight a lot of people, and be a picture everyone wants to see, because it brings up so many current issues.” 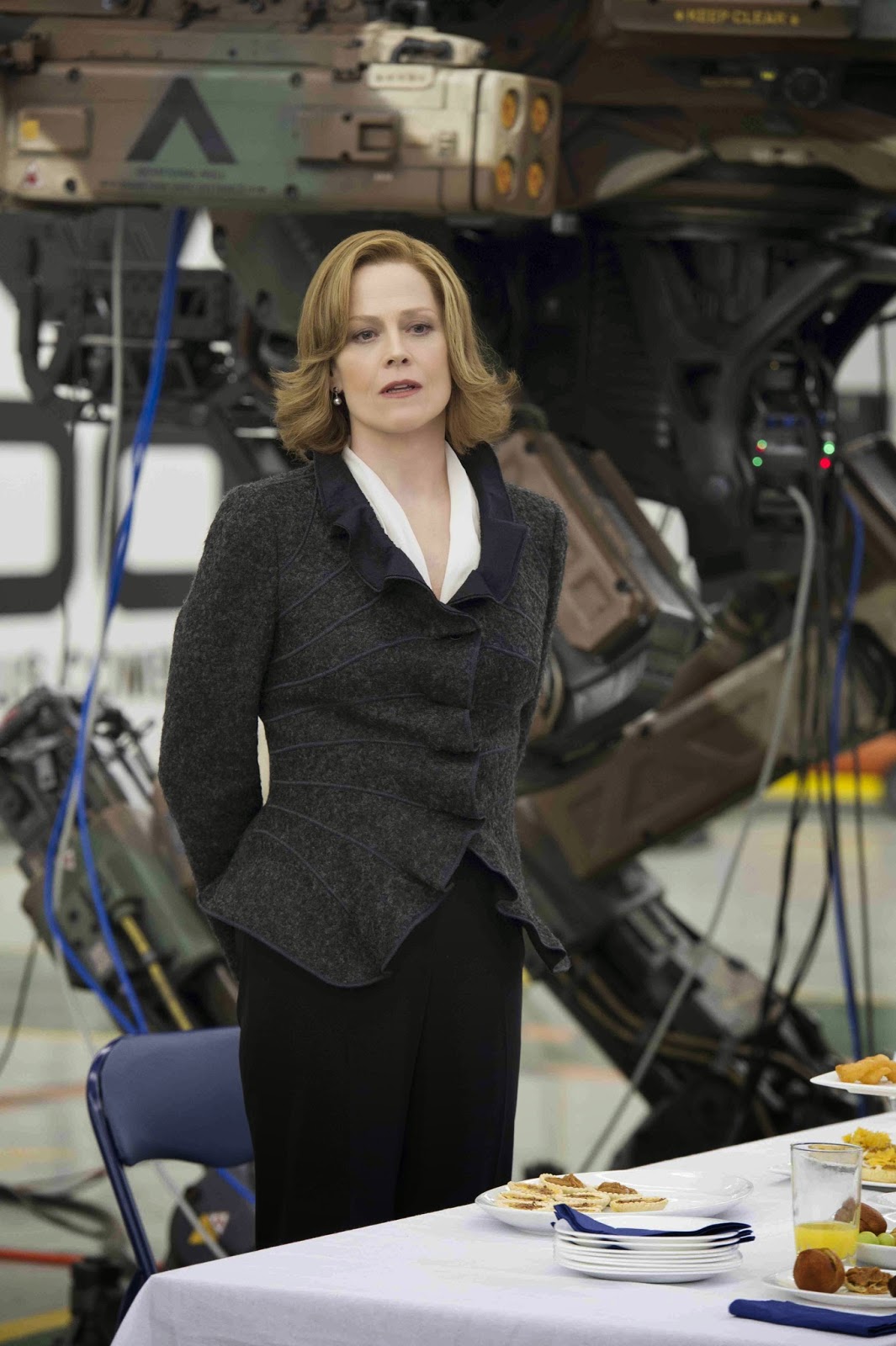 In “Chappie,” Weaver plays Michelle Bradley, the head of a weapons company who has a huge, lucrative contract with the South African police to supply robotic cops, known as ‘scouts’. They are ruthlessly efficient, hard working and relentless and they are making the company a lot of money. She is, then, a million miles away from the actress who plays her – and plays her with such relish.

“My character made my hair stand on end,” she laughs. “Her priorities are so crazy, and I think they are so representative of corporate life today. She just cannot see the forest for the trees. It’s a very hot topic, the ethics of CEOs, and their attempts to control these various technological advances. It’s all about money now. Dividends.”
“Neill’s work always has an underpinning of something very meaningful. It’s never just an adventure, or a shoot-em-up. His science fiction tales always have a very strong beating heart, even when it’s very entertaining and out there, which this most certainly is.”

“Neill’s work is very sophisticated. Technically dazzling, but what I love about him is that his stories are about something we can all relate to. It almost feels like he’s putting it in the future to allow us to look at it more clearly, even though, in fact, these things are happening right now.”

In the near future, crime is patrolled by an oppressive mechanized police force. But now, the people are fighting back. When one police droid, Chappie, is stolen and given new programming, he becomes the first robot with the ability to think and feel for himself. As powerful, destructive forces start to see Chappie as a danger to mankind and order, they will stop at nothing to maintain the status quo and ensure that Chappie is the last of his kind.

Opening across the Philippines on March 05, “Chappie is distributed by Columbia Pictures, local office of Sony Pictures Releasing International.