The road to Derek and Hansel’s return to the big screen was long and winding, spanning 15 years and several incarnations. With each incarnation throughout the development process, the return of the duo of Derek and Hansel, was unwavering, constant, and always central to the story.

When operating in a world as outrageous as that of male models in the fashion industry, the strength of the characters is what essentially grounds the movie, and director and screenwriter Ben Stiller knew the return of the core tandem was paramount. “At the end of the day people connect with characters. When someone tells me that they love Zoolander, to me that means that they love the characters and Derek and Hansel, because they are what make it what it is,” remarks Stiller. 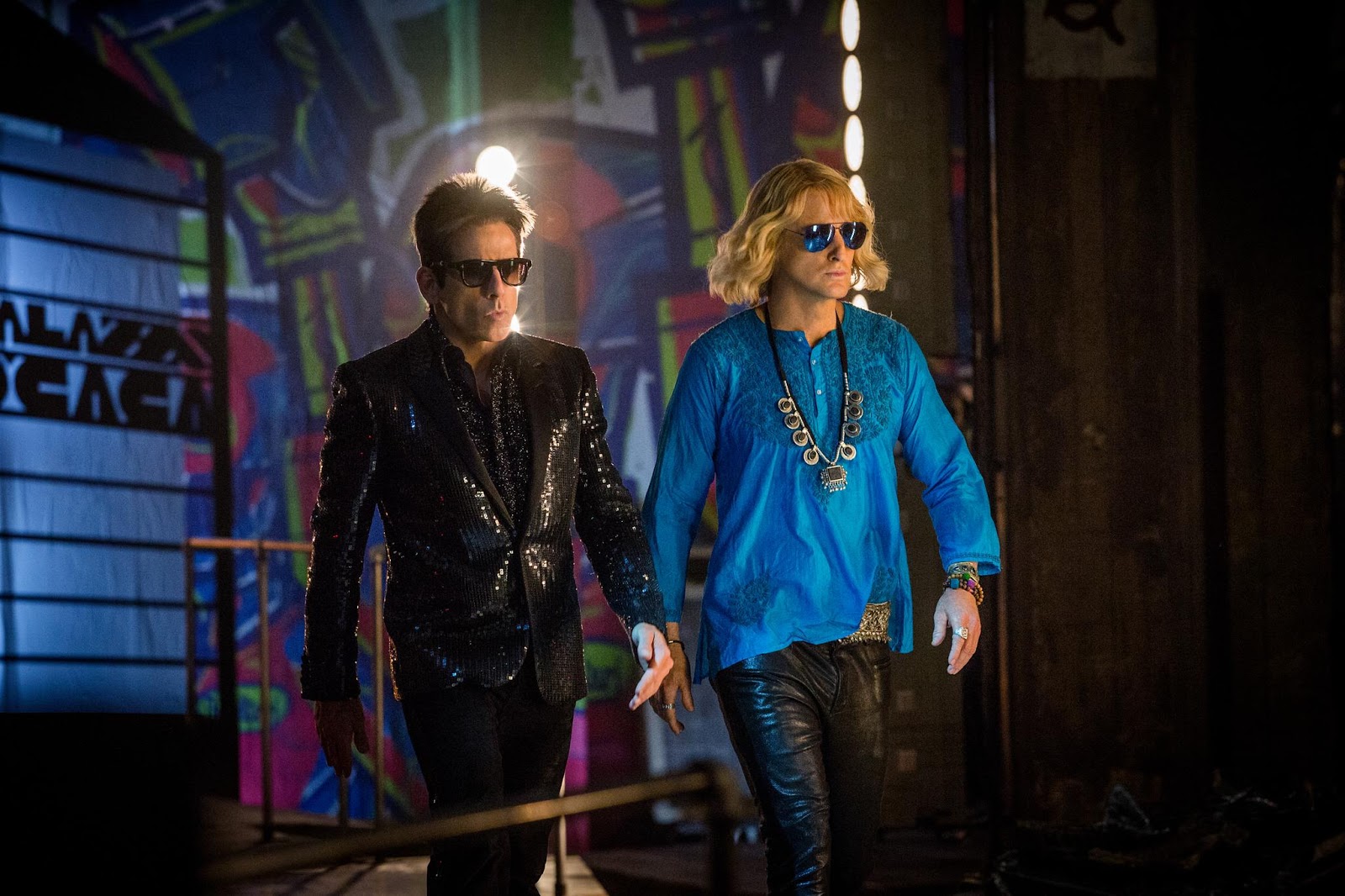 For Stiller, stepping back into Derek’s (well-heeled) shoes was a little challenging after such an extensive break. “Derek is such a unique persona. He’s very genuine and incredibly self-involved, all of which comes out from a very naïve and innocent place. I watched the first movie again to make sure I was doing it right, and after a couple of weeks it started to feel more natural and then it became fun.”

In the prestigious ranks of one-name icons in pop culture, Owen Wilson’s Hansel is a character that perfectly captures the bohemian rock-star mystique that fascinates the masses. “I’ve been lucky to play some good characters over the years and the fact that Hansel is known by one name like Madonna and Sting reflects just what kind of memorable character he is,” remarks Wilson.

“Owen is such a unique comedic presence and I am such a big fan of his,” says longtime collaborator Stiller. “He has such a specific sensibility and when improvising in an area he feels comfortable in will give you stuff you couldn’t even imagine. Also, like his character he is incredibly good looking… it was fun for me to watch him remember how to play Hansel. The first week he was doing a scene where he was looking off into the desert and he found the Hansel pursed lip squint, and there was no looking back.” 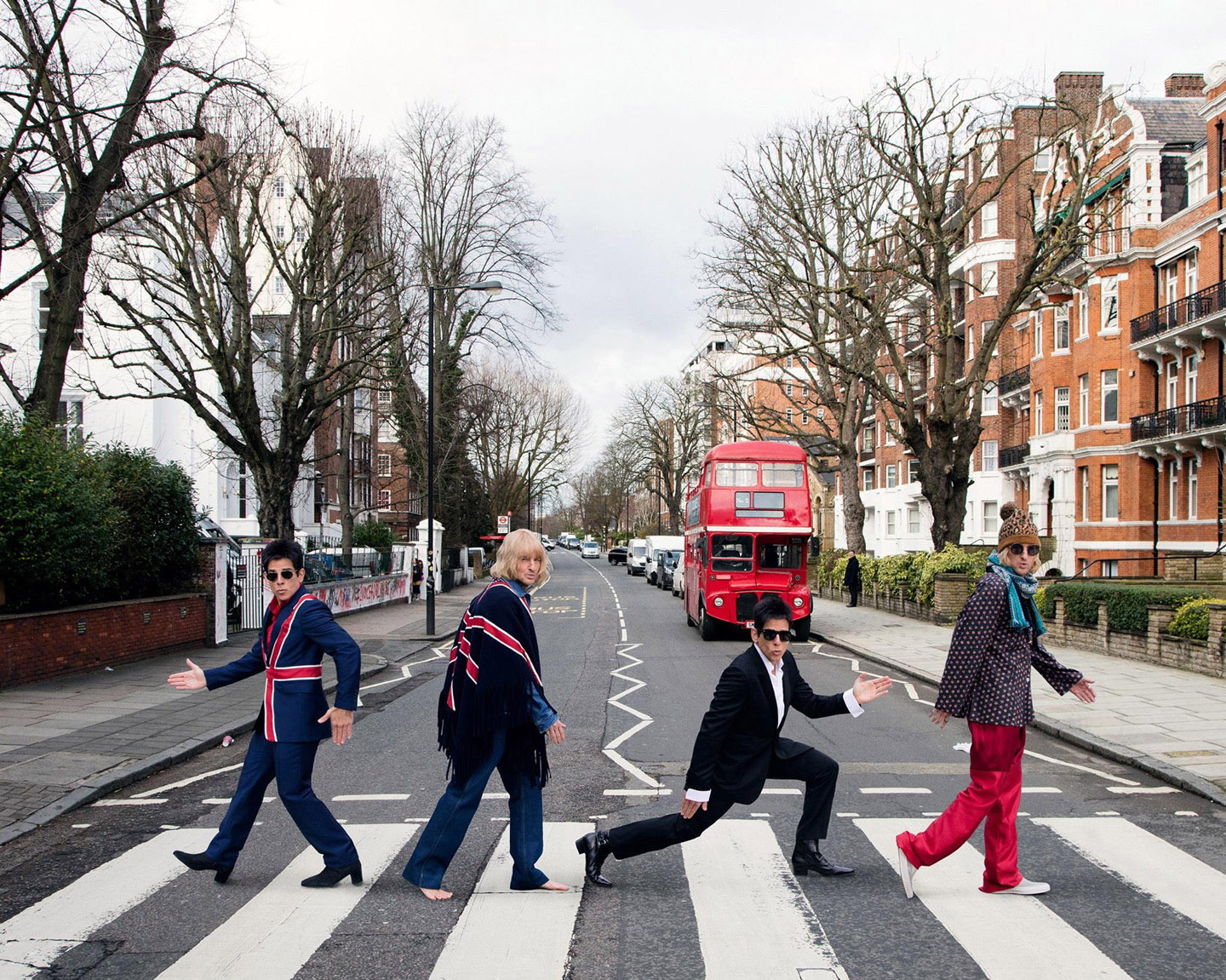 When we last saw male models Derek and Hansel, they were enjoying the wonders of the “Derek Zoolander Center for Kids Who Can’t Read Good And Wanna Learn To Do Other Stuff Good Too,” and Mugatu (Will Ferrell) was behind bars. An unforeseen catastrophe strikes the Center and forces the duo into seclusion, living off the grid. Fifteen age-defying years later we find a still shamed Derek and Hansel leading isolated, separate lives, shut-out from the rest of the world.

When each receives a special invitation to star in a major world fashion event in the ancient and mysterious city of Rome, they are unable to deny the allure of returning to their former glory and make their way back to civilization. Upon arrival, Derek and Hansel meet the bizarre and eccentric designers that are behind the new fashion empire. The two rapidly realize the fashion world they once knew has drastically changed, thrusting them awkwardly and literally back into the spotlight.

While they struggle to find relevance in this strange new world of blogging, vlogging, and anti-fashion fashion, they are recruited to help stop a calculated and deadly plot that if not stopped, would destroy forever the hopes for fashion to return to its revered and glorious status. Only Derek and Hansel have the power to SAVE FASHION.

The Darkest “Insidious” Chapter Goes Back to the Beginning