She most recently delighted audiences as one of the cruel stepsisters in director Kenneth Branagh’s “Cinderella” opposite Lily James and Cate Blanchett.

Now, British actress Holliday Grainger stars in Disney’s sea rescue tale “The Finest Hours” as the headstrong fiancée of Chris Pine’s character, who has no problem speaking her mind, especially when it comes to her fiance’s safety.

“The Finest Hours” is based on the extraordinary true story of the greatest small boat rescue in Coast Guard history in the U.S. Presented in Digital 3D, the film transports audiences to the heart of the action, creating a fully-immersive cinematic experience on an epic scale. The film also stars Chris Pine, Casey Affleck, Ben Foster and Eric Bana. 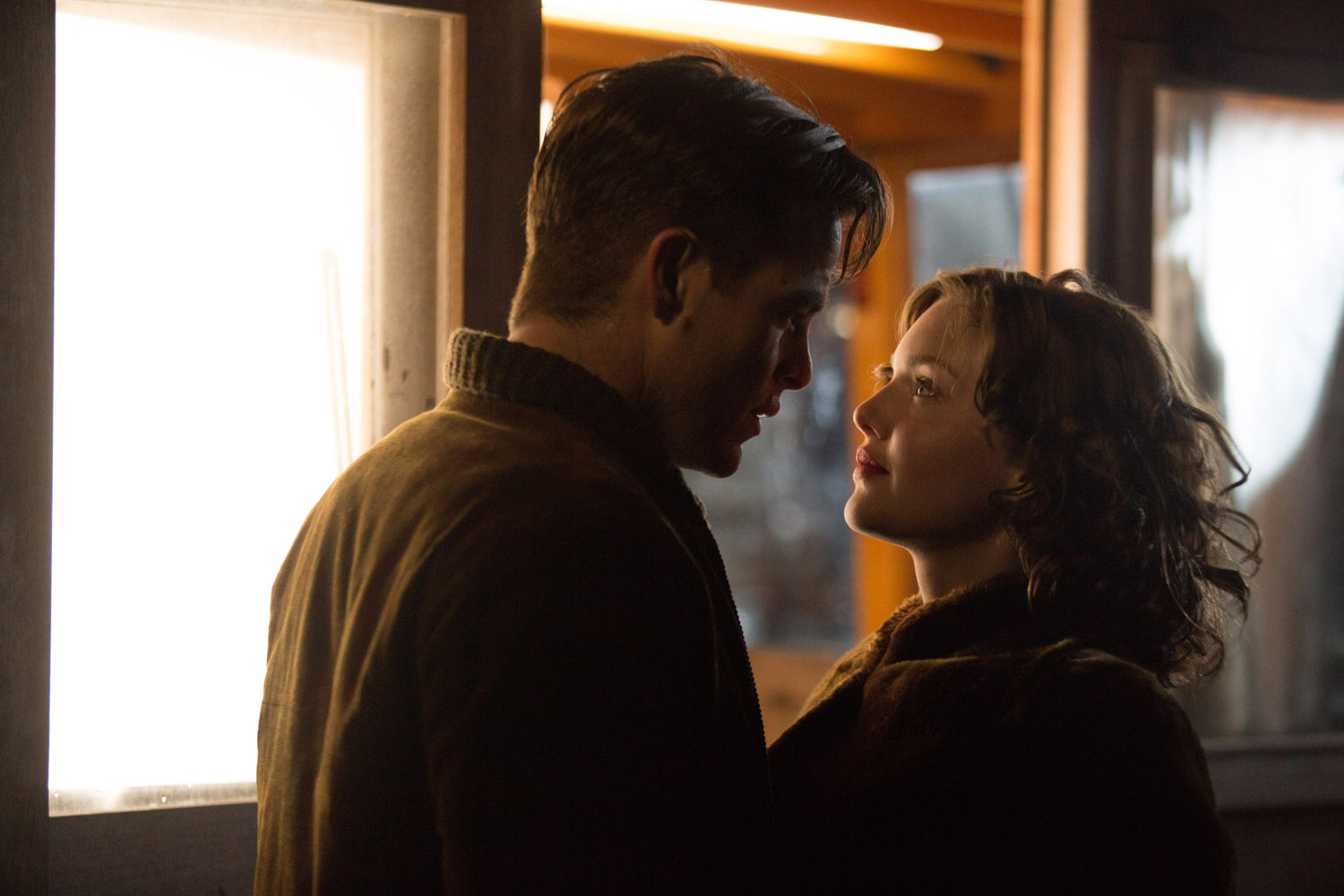 “Miriam is an interesting character,” says Grainger. “She is so strong and determined to get what she wants, and even though she’s an educated woman, all she really wants is to get married. I loved the idea and the style of the 1950s and that kind of small town regional American mindset, which was a headspace I’d never really played before.”

Says director Craig Gillespie, “Miriam is this very independent woman, which feels a little unusual for that time period, but she actually ends up challenging Chris Pine’s Bernie to think for himself. Portraying a powerful woman is such a great opportunity for an actress, and Holliday does a superb job of maintaining that fine line between being strong but not too intimidating. The chemistry between her and Chris is just beautiful, and you really are yearning for them to end up together.”

Miriam’s journey throughout the film is to be able to comprehend the world that Bernie comes from and to learn to be secure in the fact that marrying him means marrying into that world. She explains, “Bernie cares about her so much and doesn’t want to introduce her into his world of danger because he’s saving people’s lives every day and doesn’t know when—or if—he’s ever coming back.” 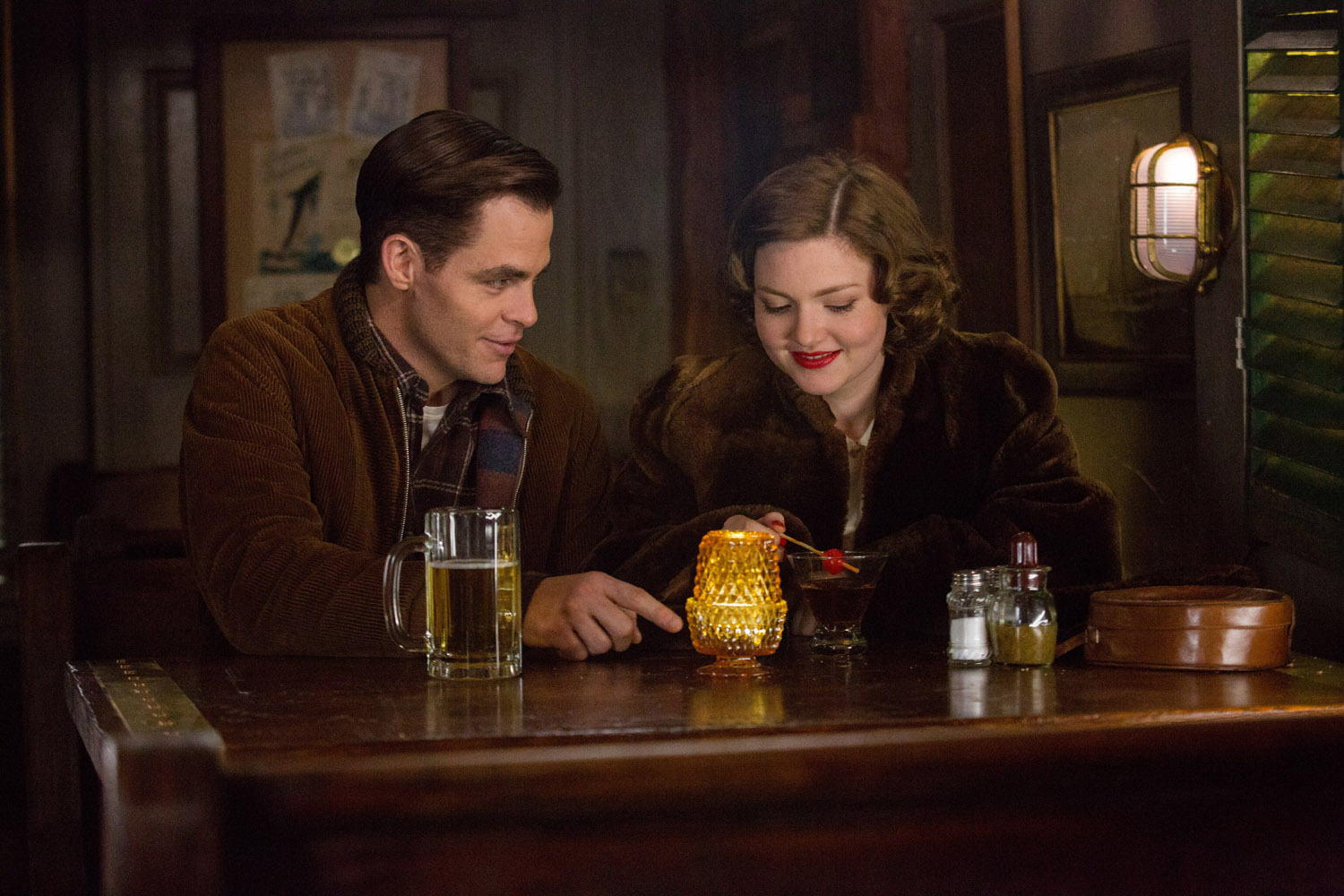 “The movie is as much about the rescue mission as it is about the challenges of a relationship and how one makes the decision to fully commit to be with someone,” says producer Jim Whitaker, “and so in a way, what’s happening at sea is like a metaphor to what’s happening on shore, and Miriam is the anchor of that emotional journey, both for Bernie and herself.”

The way Bernie and Miriam met is a story in and of itself: she was a telephone operator and listened in on one of his calls where he politely cancelled a date due to a flat tire, and was smitten. “She heard his voice and said ‘that’s the man I’m going to marry,’” she says. “They dated on the phone for several weeks and got to know everything about each other before agreeing to meet, and the rest is history.” Bernie and Miriam Webber were married on April 16, 1952, as planned, and remained married for 58 years until Bernie passed away in 2009 at the age of 81.

In addition to the historical facts and details which the filmmakers wanted to be sure were believable and technically accurate, it was also important that the characters’ relationships were authentic as well. “We wanted to be very specific and very clear with how things happened, and the scene in the film where Bernie and Miriam go on their first date is verbatim from the story,” says Whitaker.

“Being able to get those nuances and truths makes it all the more interesting and allows us to present such unique individuals, and both actors were great at being able to run with it.”