EMOJIMOVIE: EXPRESS YOURSELF unlocks the never-before-seen secret world inside your smartphone. Hidden within the messaging app is Textopolis, a bustling city where all your favorite emojis live, hoping to be selected by the phone’s user. In this world, each emoji has only one facial expression – except for Gene (T.J. Miller), an exuberant emoji who was born without a filter and is bursting with multiple expressions. Determined to become “normal” like the other emojis, Gene enlists the help of his handy best friend Hi-5 (James Corden) and the notorious code breaker emoji Jailbreak (Ilana Glazer). Together, they embark on an epic “app-venture” through the apps on the phone, each its own wild and fun world, to find the Code that will fix Gene. But when a greater danger threatens the phone, the fate of all emojis depends on these three unlikely friends who must save their world before it’s deleted forever. 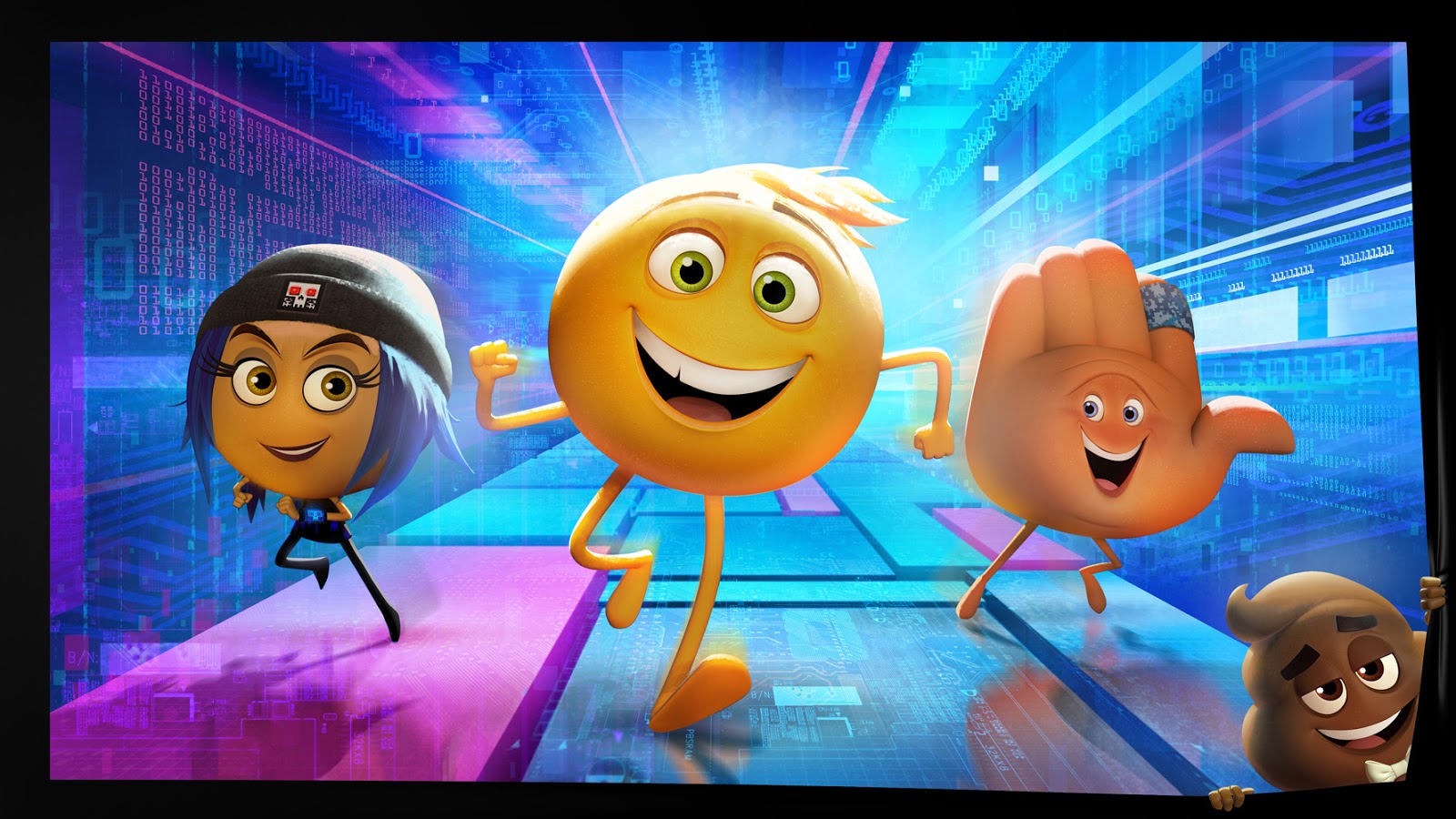 Kristine Belson, President of Sony Pictures Animation, commented on the announcement saying, “Over six billion emojis are texted every day, and emojis have become a universal language that transcends age and culture. The power of emojis is that they allow you to express yourself in a fast and very fun way, and that is what our movie is about: self expression. We are very lucky to have some of the smartest and funniest actors today bringing their unique voices to this movie.”
Adds director Anthony Leondis, “Hi-5 is a high-five emoji who is a highly motivated, and highly dramatic, hand on a mission (sorry), and the brilliantly versatile, ebullient and always lovable James Corden fits this part like a glove (sorry again). For the rebel ‘break all the codes’ computer programmer emoji Jailbreak, Ilana Glazer is the kind of singularly free-spirited, fearless and funny actress to make girls really feel the empowered ‘nobody’s gonna keep me in a cage’ attitude this character exudes. And, of course, T.J. Miller has proven himself to be one of the most genuinely inventive comedic actors around, uniquely capable of connecting and who can convey just about any expression—and often does!”

Sony Pictures Animation’s EMOJIMOVIE: EXPRESS YOURSELF, which will take place through some of the most popular and universally recognized smartphone apps, is produced by Michelle Raimo Kouyate (Puss in Boots, Silver Linings Playbook) and will be released in theaters by Columbia Pictures on August 11, 2017.