Academy Award-nominee Anna Kendrick (Up in the Air) stars in Warner Bros.’ new action-thriller “The Accountant,” as Dana Cummings, an accounting clerk who’s in the center of a multi-million-dollar anomaly.

Directed by Gavin O’Connor (Warrior), The Accountant tells the story of Christian Wolff (Ben Affleck), a math savant with more affinity for numbers than people. Behind the cover of a small-town CPA office, he works as a freelance accountant for some of the world’s most dangerous criminal organizations. With the Treasury Department’s Crime Enforcement Division, run by Ray King (J.K. Simmons), starting to close in, Christian takes on a legitimate client: a state-of-the-art robotics company where an accounting clerk (Kendrick) has discovered a discrepancy involving millions of dollars. But as Christian uncooks the books and gets closer to the truth, it is the body count that starts to rise. 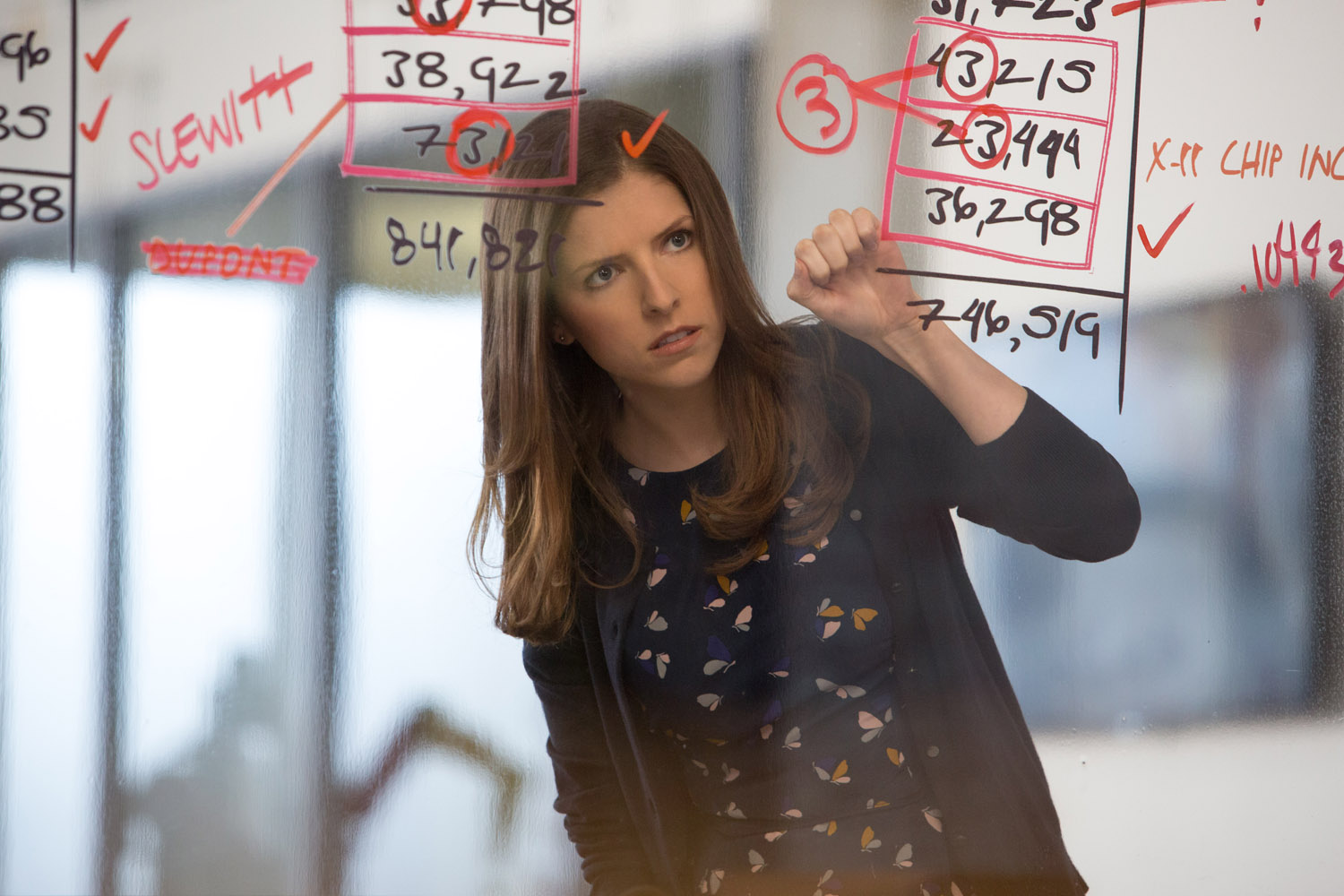 Anna Kendrick describes her character, “Dana is the one who first noticed that something isn’t adding up in the company finances, so she’s a little disappointed when Chris comes in and takes the whole investigation out from under her. She’s not necessarily ambitious, but she wants to be included.”

“Dana has this bubbly personality, and that’s the last thing Christian wants when he’s trying to work,” producer Mark Williams suggests. “But he soon realizes she speaks his language as far as numbers go; she gets exhilarated the same way he does when the pieces start to come together. For that reason, he starts to bond with her and care about her.”

As Chris shows Dana what he’s found, “she gets reenergized by the idea that they’re working together to solve this puzzle,” Kendrick asserts. “She’s intrigued by him because he’s sort of a dorky accountant, but there’s something mysterious, too, which becomes even more obvious when things take a frightening turn. Basically, nerding it up with Chris is the most exciting thing that’s ever happened to her,” she laughs.

Kendrick says she shares that sentiment from her own professional perspective. “Working with Ben, as well as Gavin, was hugely exciting for me, too. It was especially interesting acting opposite Ben in this role because Chris is so uncomfortable relating to people, but Ben found a way to make it so charming that Dana is drawn in by his vulnerability. He’s a big guy and physically stronger, but on an emotional level, he’s the one Dana feels needs to be protected.” 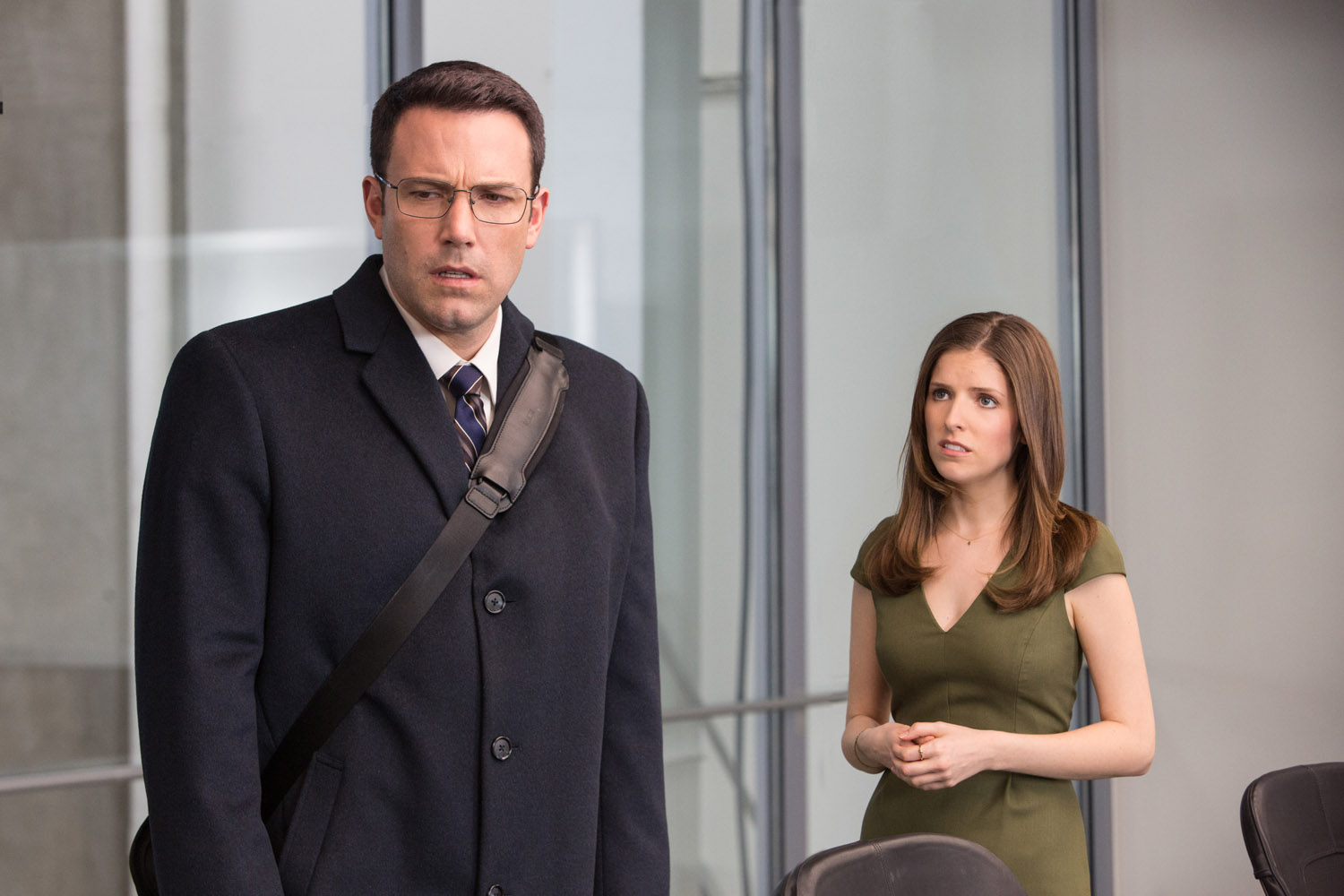 The admiration is mutual. “Anna brings a tremendous energy and honesty to her scenes,” Affleck remarks. “She’s someone I admired a lot beforehand, so I was thrilled to have the chance to work with her.”

O’Connor adds, “One thing I discovered about Anna is she can take the dialogue in a scene and—no matter how many times you’ve heard it—create an entirely new interpretation. Every take would be a variation on the theme of how she played it, and I loved that.”

Kendrick says she especially appreciated the director’s “reverence for the emotional content,” noting, “It’s an interesting thing because, in many ways, Gavin is such a dude. He and Ben would get so excited about all the action sequences, but then he also took such joy in the really sweet, emotional scenes.”