Bengal tiger Shere Khan bears the scars of Man, which fuel his intense hatred of humans. Powerful and menacing, the fearsome tiger makes no secret of his feelings about man-cub Mowgli and his presence in the jungle. Shere Khan’s mission, above all else, is to ensure Mowgli—and the fire he knows Man wields—pose no future threat. Deep down, Shere Khan seeks revenge upon Man, and it’s Mowgli who will pay the price. 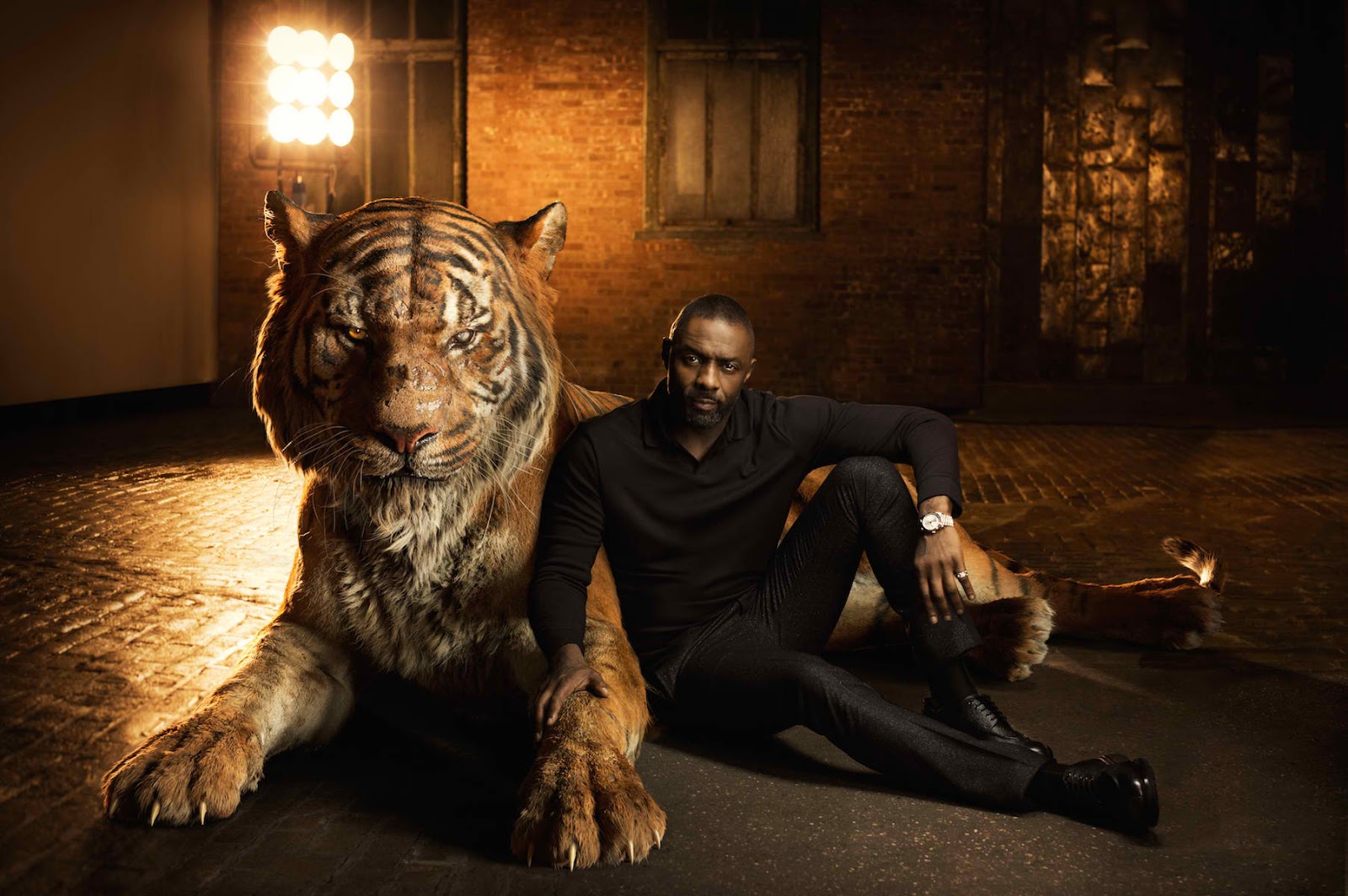 “Jon [Favreau] and I sculpted what the sound should be,” says Elba. “It was a delicate set of negotiations till we found the right voice.”

“Idris wields tremendous presence in a room, which is evident in his voice,” says Favreau. “He’s got such gravity and brings his steely presence, a deep timbre that echoes in a larger-than-life way. He understands this scarred, imposing tiger in a way the character demands.”

“Shere Khan reigns with fear,” says Elba. “He terrorizes everyone he encounters because he comes from a place of fear. 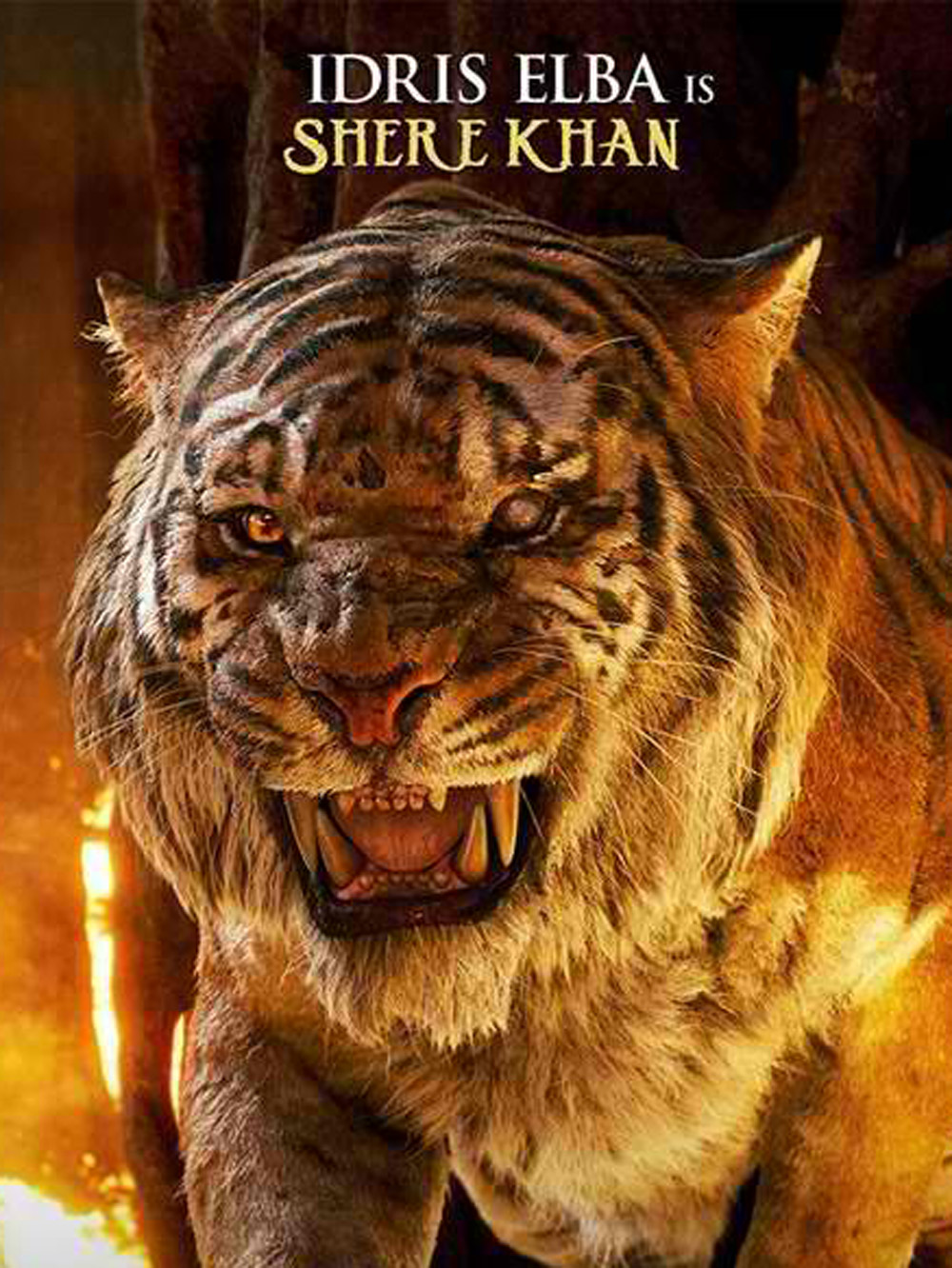 Elba was shocked when he saw the character come to fruition. “When Jon [Favreau] showed me Shere Khan’s expressions and how he moves, I had to ask, ‘Is that a real tiger?’ The technology is incredible.” 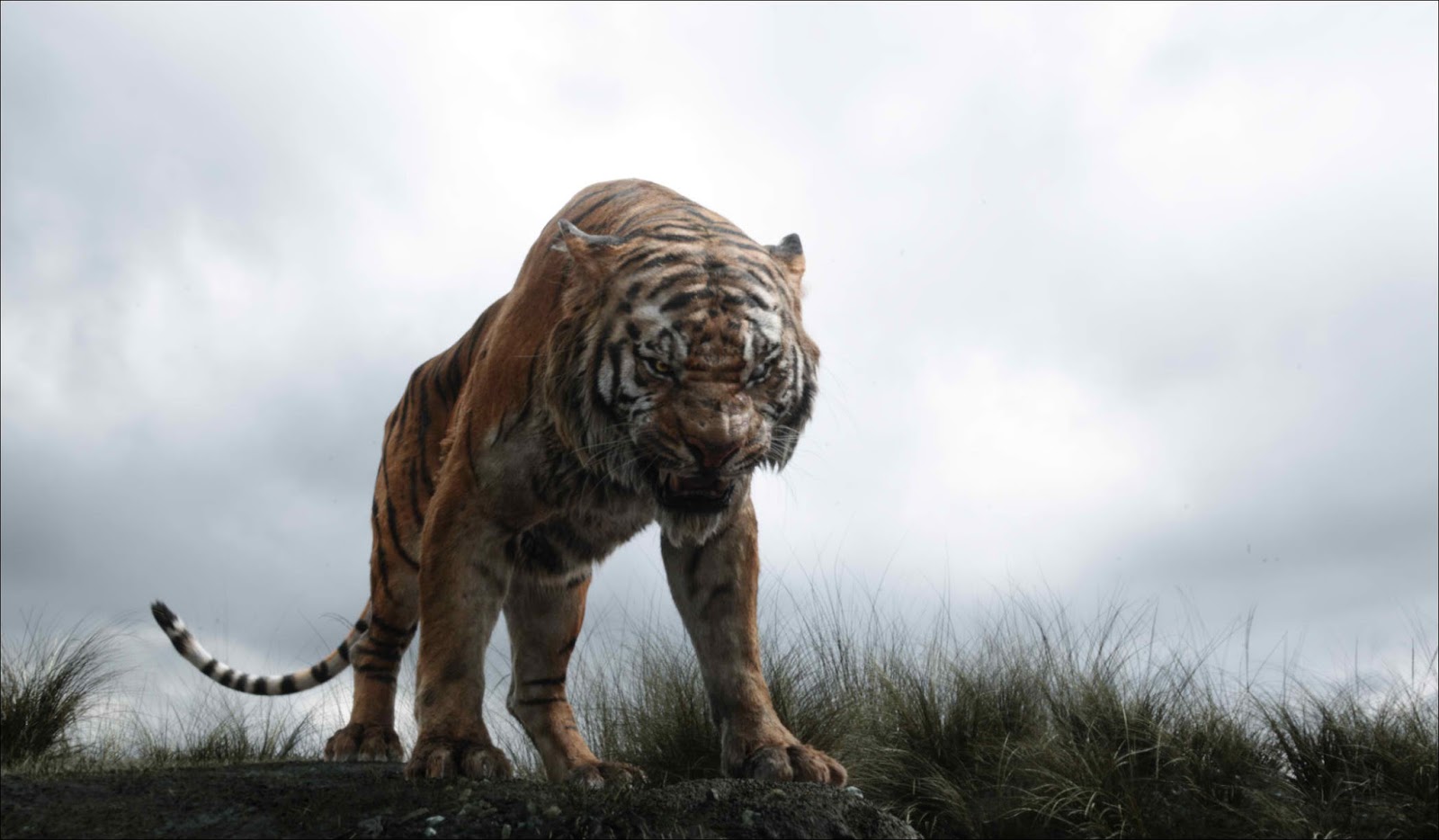