The article praises, “[H]is performance is impressive for its complexity. Working from a script that ebbs and flows with ease and tension, the actor’s work is like a waltz, gliding on the narrative’s rhythms, commanding acute attention every moment he’s on screen. It’s a clinic, really, a performance as compelling in its quieter moments as it is in its explosive ones. I wouldn’t flinch if someone called it Goodman’s best work.”

Then, two days later, popular movie site Collider ranked John Goodman at No.1 in its list of “25 Great Actors Who Still Don’t Have an Oscar Nomination.” The site explained, “It’s not just the fact John Goodman has starred in so many classics (“Raising Arizona,” “Barton Fink,” “The Big Lebowski,” “O Brother, Where Art Thou?,” “Monsters, Inc.,” “Argo”), it’s the fact he was a key component of so many of them. He is the living definition of an ideal supporting actor and might be in line for an honorary Oscar sooner rather than later.” 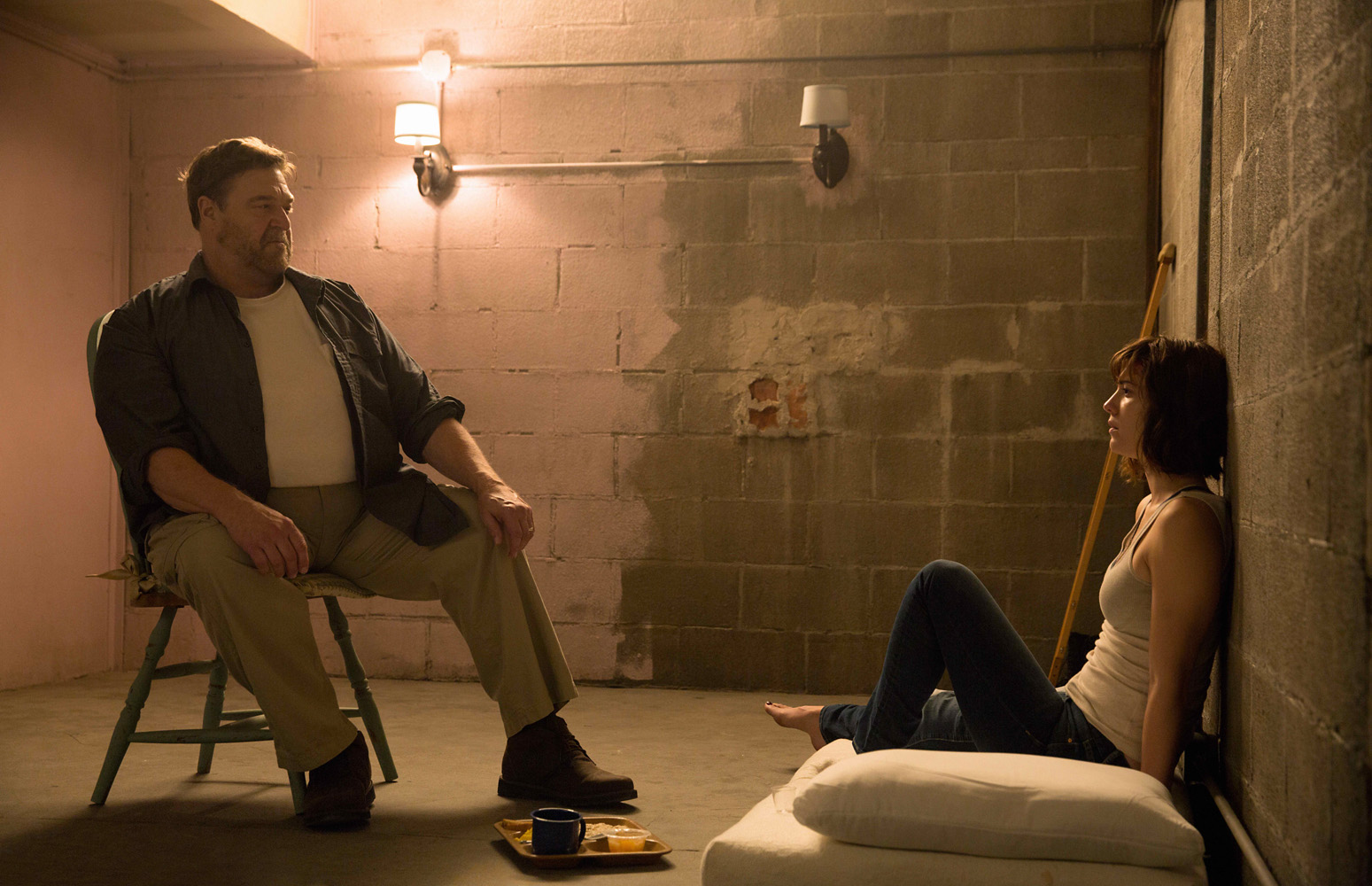 So, to repeat the title of this article, will “10 Cloverfield Lane” give John Goodman his first Academy Award nomination? Is the universe conspiring to realize this eventuality? We have to wait and see when the nominations are announced on January 2017.

In the meantime, let’s read the actor’s thoughts on the film that could bring him Oscar glory.

Question: Your character in “10 Cloverfield Lane” could be considered an evil villain. Do you find it more satisfying as an actor to play someone of dubious morality?

John Goodman: You get more lines. The flip side of that is that you have more lines to memorize. And at my advanced age, you know. But John [Gallagher Jr.] and Mary Elizabeth [Winstead] were very patient with me, and I had an excellent director.

Q: A lot of movie trailers give away the plot of the entire movie, but that obviously wasn’t the case with “10 Cloverfield Lane.” Since most of the movies produced by J.J. Abrams have a lot of secrecy about them, at what point in the production process was it decided that it would be so secretive? And what kinds of things did you have to do to keep things secret? Did you have to sign confidentiality agreements or have watermarked scripts?

Goodman: [He says jokingly] We only get the rewrites on toilet paper, and it would slowly come to light in a microwave. The unfortunate thing was when we had to eat the script.

Q: What was going through your mind when you first read the script for “10 Cloverfield Lane”?

Goodman: [He says jokingly] Just another day at home. [He says seriously] It was different. That’s the first thing that hit me. It was different from anything I’d read before. It was interesting. It was a page-turner, which is always a good sign. It’s like reading a good book. You want to see what’s going to happen next.

Q: What can you say about the production design of the bunker?

Goodman: I just want to thank them for all the books they put in the library, because when I had down time, I’d read the books and put them back. I got through “The Catcher in the Rye” and I think “Farewell to Arms.” 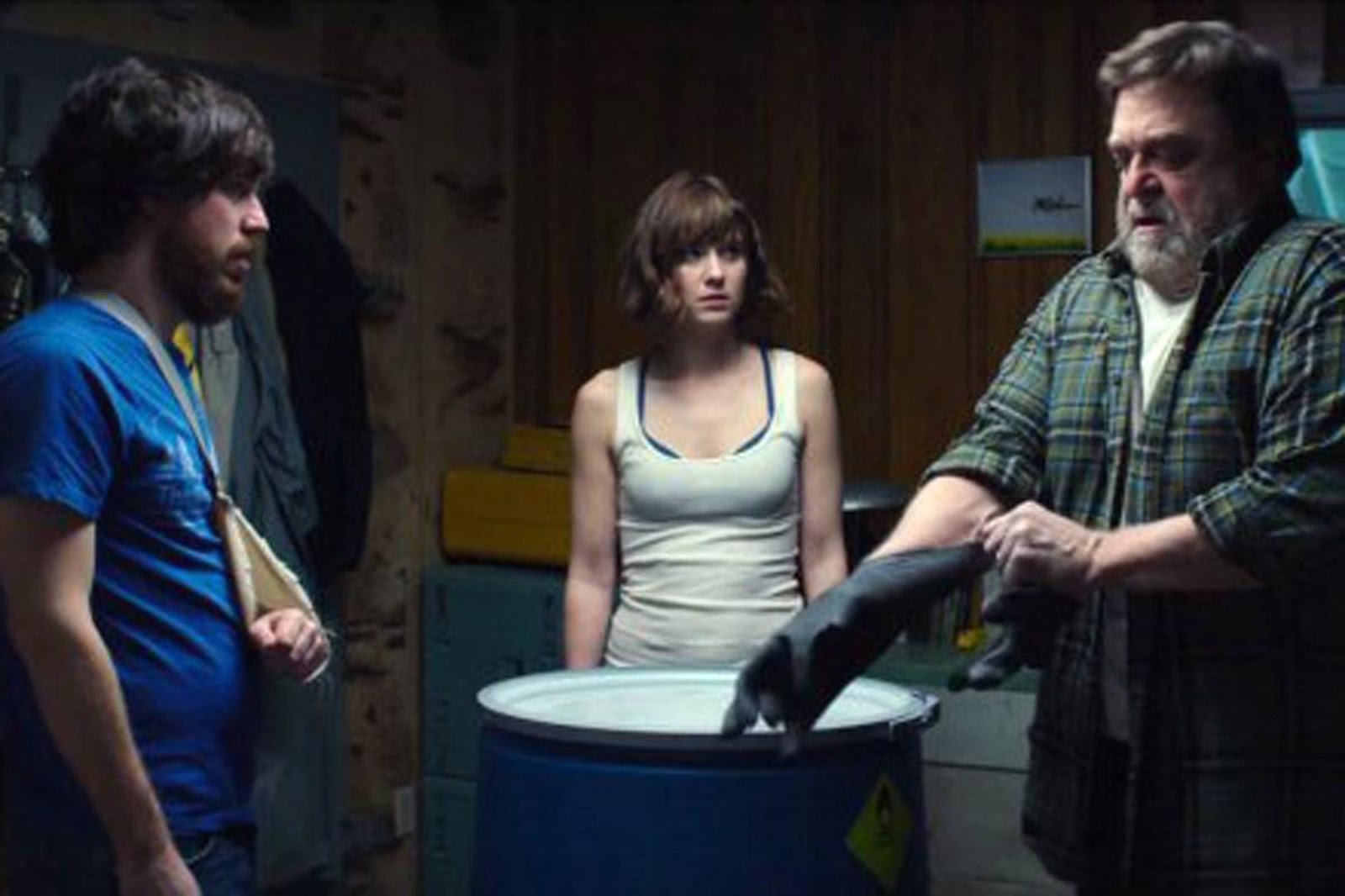 New “Sing” Trailer Urges You to “Dream On”

“Inside Out” Gets Emotional with Character Posters