Jupiter Jones (Kunis) was born under a night sky, with signs predicting that she was destined for great things. Now grown, Jupiter dreams of the stars but wakes up to the cold reality of a job cleaning other people’s houses and an endless run of bad breaks. Only when Caine (Tatum), a genetically engineered ex-military hunter, arrives on Earth to track her down does Jupiter begin to glimpse the fate that has been waiting for her all along—her genetic signature marks her as next in line for an extraordinary inheritance that could alter the balance of the cosmos.

“It’s so smart and amazing and so much fun,” says Mila Kunis. “There’s a lot of action, and a beautiful love story, and even though it takes places in the most fantastical settings, everything feels so tangible and real. Also, there’s a fair amount of sharp humor, which I love.”

“Lana and Andy Wachowski create from a molecular level to the expanse of the universe,” says Channing Tatum, who plays Caine. Caine doesn’t know the reason for his mission, which is immediately complicated by a gang of bounty hunters determined to capture Jupiter themselves, at any cost. “He is trying to figure out why all of this is happening, and has to make a decision whether to protect her or give her up,” Tatum says.

Almost fully human but for a splice of wolf DNA that both enhances his skills and limits his prospects for a normal life, Caine becomes Jupiter’s protector as he comes to understand who she really is and what’s at stake if the people who want her neutralized are successful.

Recounting the moment when Caine and Jupiter meet, Kunis says, “Jupiter is in a very precarious situation and when Caine drops out of the sky and takes her up in his arms it’s very much a chemical attraction between the two of them, regardless of everything else that’s going on. It’s natural and instantaneous.” 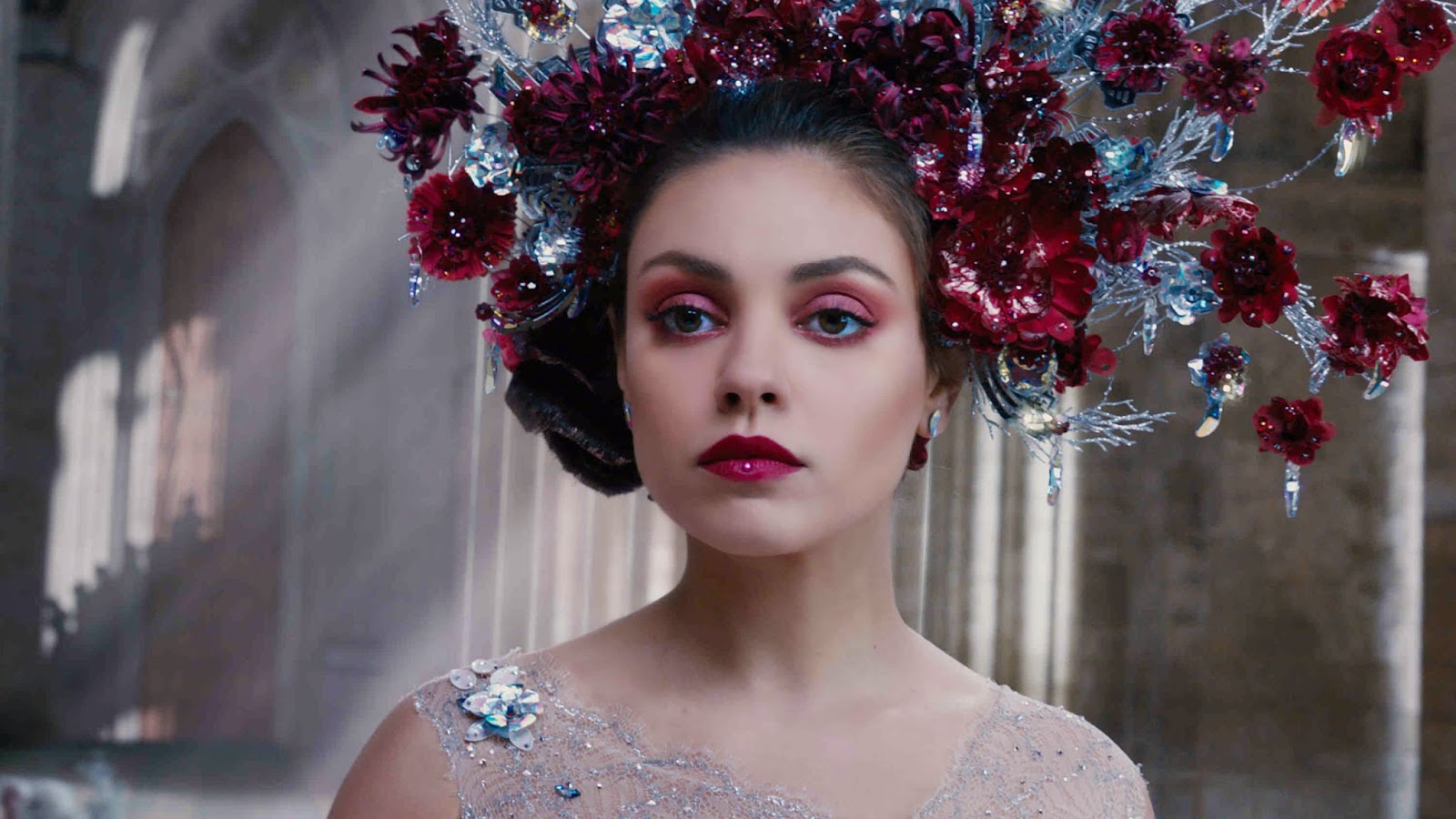 The trust and connection that develops between Caine and Jupiter and deepens throughout the ensuing action could be described as a simple love story on a large scale. These are two individuals who never expected to find love at all, and certainly not under these extreme circumstances. Says Tatum, “Caine probably just wrote himself off long ago as never being able to find love or even being deserving of it, even though it’s all he’s ever wanted. And Jupiter feels that she’s made every possible bad decision in the book when it comes to men so maybe it’s not worth trying again.”

Like many true heroines, Jupiter’s courage is forged from harsh and humble beginnings. Her father, an astrophysicist, was killed in Saint Petersburg in a senseless crime before her birth, and Jupiter entered the world at sea, between nations, as her mother and sister fled to America for a better life. But that life was far from fairytale. Cleaning houses by day and sharing cramped quarters with her extended family at night, Jupiter’s reality is back-breaking and numbingly monotonous.

But beneath her casual cynicism Jupiter has a tender heart and, like her father, a genuine curiosity about the universe and her place in it. She secretly wishes—though never really expects—that she could see the world as he did, as a place of beauty, wonder and possibility.

Unlucky, too, in love, Jupiter’s romantic history is marred by heartbreak and disappointment. So much so that she believes she has a broken compass, causing her to make one bad choice after another. But is her compass broken or it just leading her to Caine? In Caine, she finds someone she is forced to trust and, in return, he is forced to trust her, a situation that does not come easily to either of them, and when she falls in love with him it’s the biggest leap of faith she has ever made. 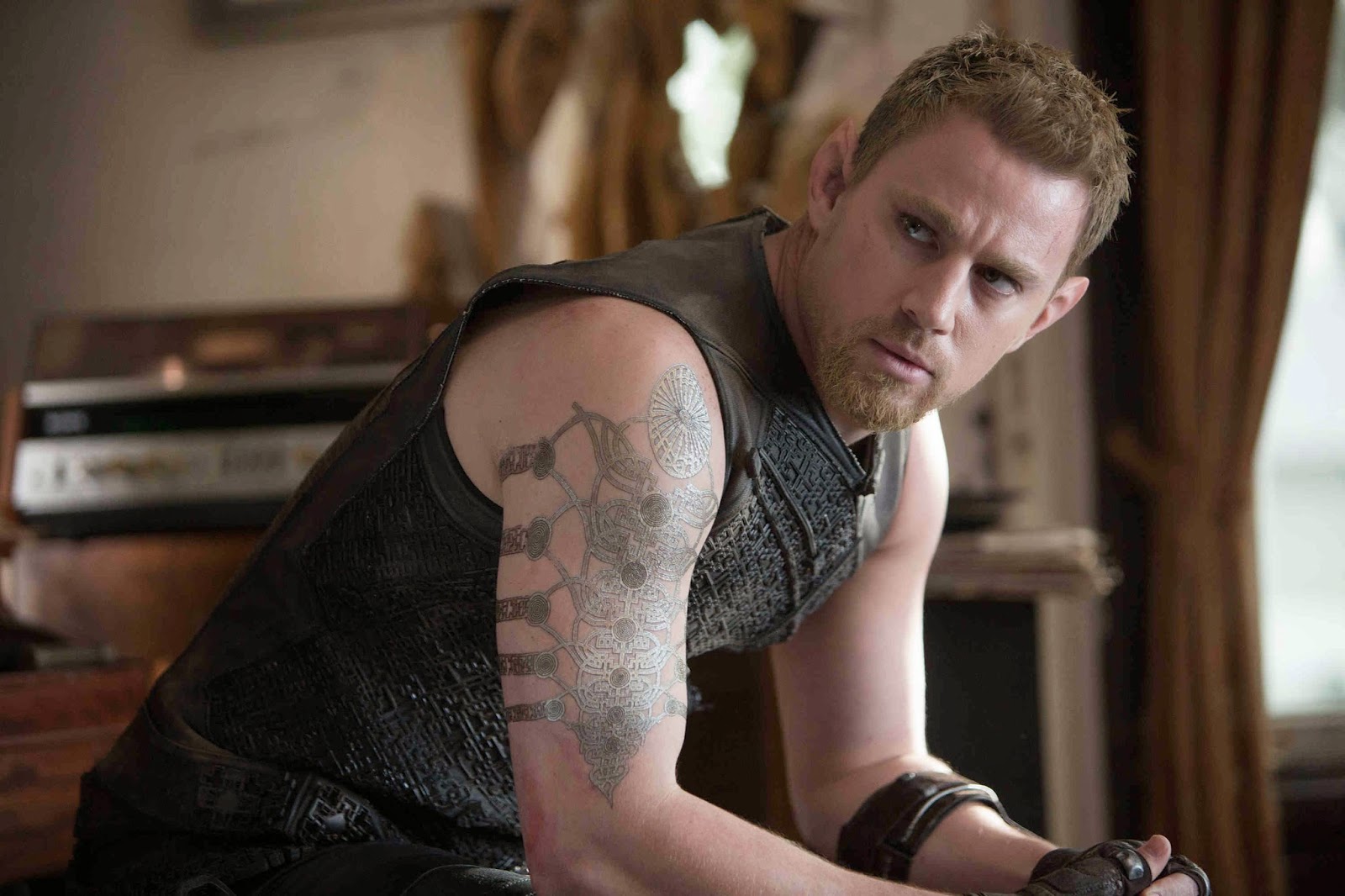 The experience is similar for him. In Caine’s society, human genes are routinely engineered and often combined with genes from the animal kingdom for their advantageous traits and abilities: heightened senses such as sight, scent or hearing, and agility or strength. Caine, with his infusion of wolf DNA, was bred to be a Legionnaire or “skyjacker,” a fearless soldier with incomparable hunting, tracking and fighting skills. Unfortunately, the person who designed Caine miscalculated, adding to these attributes a streak of rebellion and unpredictability. This eventually manifested into such an intense hatred and distrust toward anyone of royal blood that it takes every ounce of control for Caine not to immediately go for their throats. Consequently, he has learned to keep to himself.

When Caine is dispatched to find and deliver Jupiter before she is swept up by one of his scheming siblings, the former Legionnaire doesn’t know who she is or why she merits such attention. Later, when he learns the truth, he is perplexed. Jupiter is a royal, yet she doesn’t arouse in him the aversion he harbors toward her class; instead, she brings out the protective side of his lupine nature, the instinct toward loyalty and connection.

“Caine has an issue with royals, and he’s been told all his life that it’s his genetic disposition,” Tatum acknowledges. “But then Jupiter is an anomaly. He’s simultaneously drawn to her and thrown by her because he can’t understand why he feels this way. I think Caine senses an innate goodness in her, and it’s a quality he hasn’t had much experience with so Jupiter is a bit of an interesting enigma.”

Set for release across the Philippines on Feb. 05 in IMAX 3D and 2D cinemas, “Jupiter Ascending” is distributed by Warner Bros. Pictures, a Warner Bros. Entertainment Company.